Our edition of Rosemary’s Baby is in full production mode! We experienced some delays early on, but all three editions are now printed and in the process of being bound. We have been doing some extensive testing and prototyping for all three editions so that we are completely satisfied with the quality and presentation. That goes for both the books and the enclosures.

Testing has involved many foil stamping variations, paying close attention to how each foil option interacts with the materials, and which combination produces the best results. We have also created prototypes of the Lettered edition, focusing specifically on the eyes, and shaping the leather to form the eyelids.

Another prototype we made was the Lettered’s bassinet enclosure. During the first round of prototyping, we made more than 10 refinements and improvements to the design and construction of the box.

For the Artist Gift edition, we were not satisfied with the initial cloth used for the boards, so we upgraded and have chosen a more luxurious option. We have also experimented with some interesting design enhancements for the Numbered edition book as well as the slipcase.

We expect to begin shipping the Artist Gift and Numbered editions in about 4-8 weeks, and then follow that up with the Lettered edition. 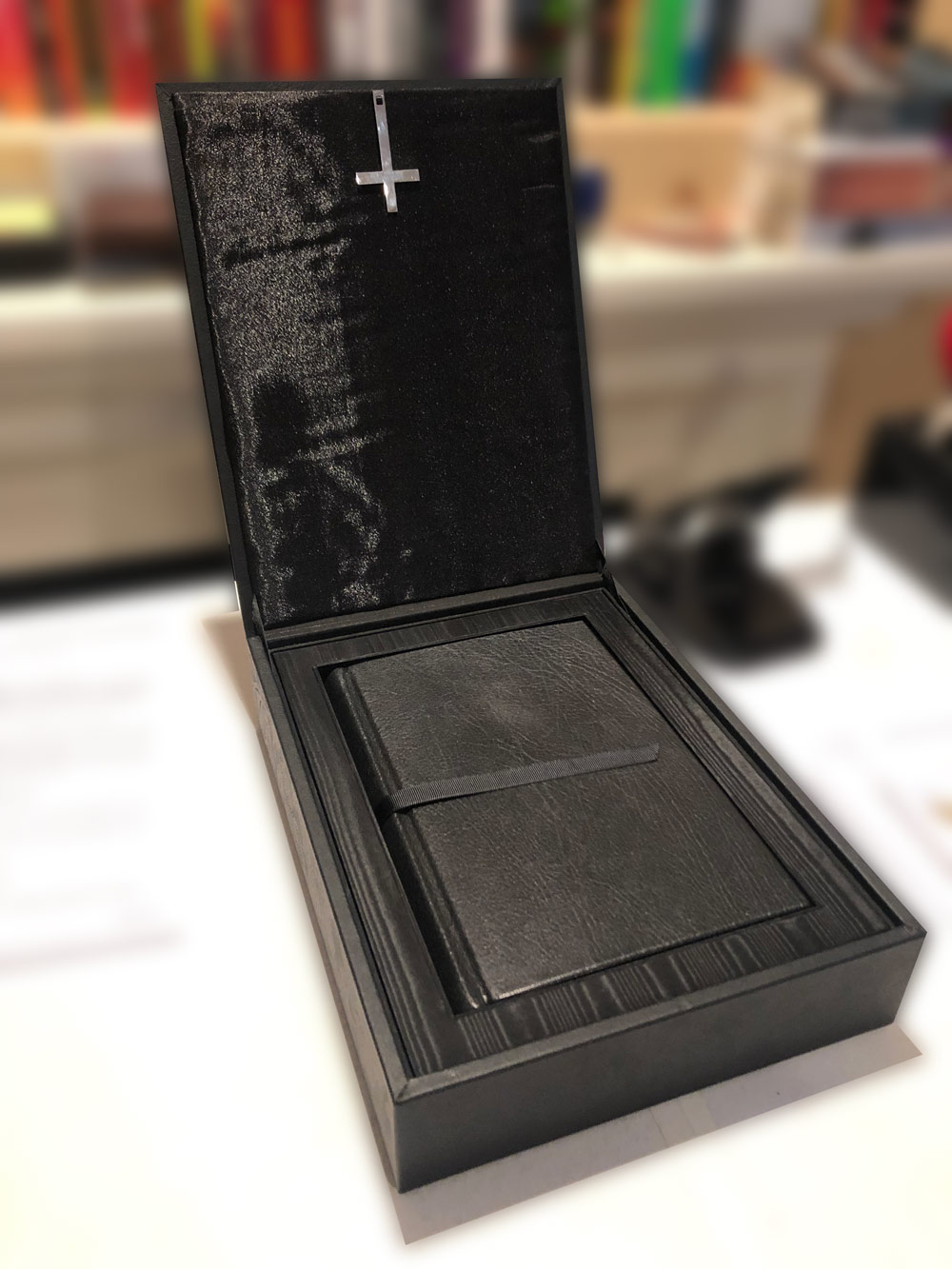 The Lettered edition covers with the glass eyes being made.