“When he woke in the woods in the dark and the cold of night he’d reach out to touch the child sleeping beside him. Nights dark beyond darkness and the days more gray each one than what had gone before.”

A novel that critics hailed as “heartbreaking” and “emotionally shattering,” The Road is one of the finest achievements in literature of the 21st century. Awarded the 2007 Pulitzer Prize for Fiction, The Road is a searing, post-apocalyptic novel about one father and son’s fight to survive as they walk through the desolate burned landscape of America. An unflinching meditation on the best and worst that humanity is capable of, The Road is a journey of two travelers devoid of hope but sustained by love.

This edition features an exclusive introduction by Joyce Carol Oates. Oates is the author of over 40 novels, as well as several novellas, plays, short stories, poems, and nonfiction. She has been nominated for the Pulitzer Prize, and is the winner of the National Book Award, two O. Henry Awards, the National Humanities Medal, and the Jerusalem Prize.

This edition of The Road by Cormac McCarthy is limited to two hundred & seventy-six copies, and is presented in two states: Lettered and Limited. The edition measures 6¼” x 9¼” and features seven illustrations by Ryan Pancoast, as well as an exclusive introduction by award winning author, Joyce Carol Oates. Also included is a wood engraving by renowned engraver, Richard Wagener. The editions are signed by Joyce Carol Oates, Ryan Pancoast and Richard Wagener.

The lettered edition is limited to 26 copies lettered A-Z and is printed offset on French Speckletone paper. It is a hand sewn Coptic binding with waxed linen threads. The boards are covered in genuine Ardesia stone slate from Italy. The pastedown is Mexican Mayan paper, handmade with renewable plant fibers and is acid-free. The frontispiece engraving is printed letterpress from the original boxwood block. The edition is housed in a custom clamshell enclosure. 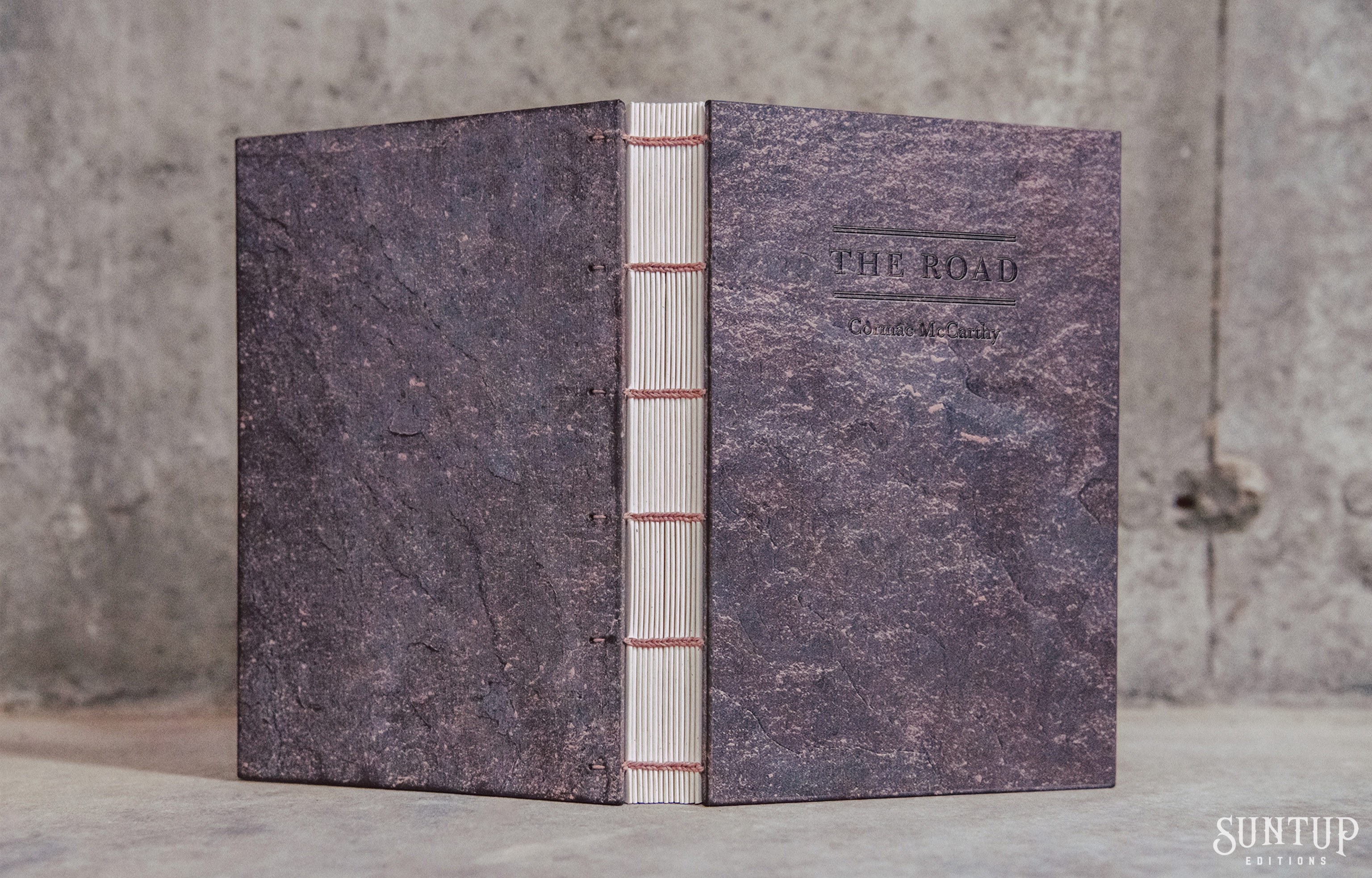 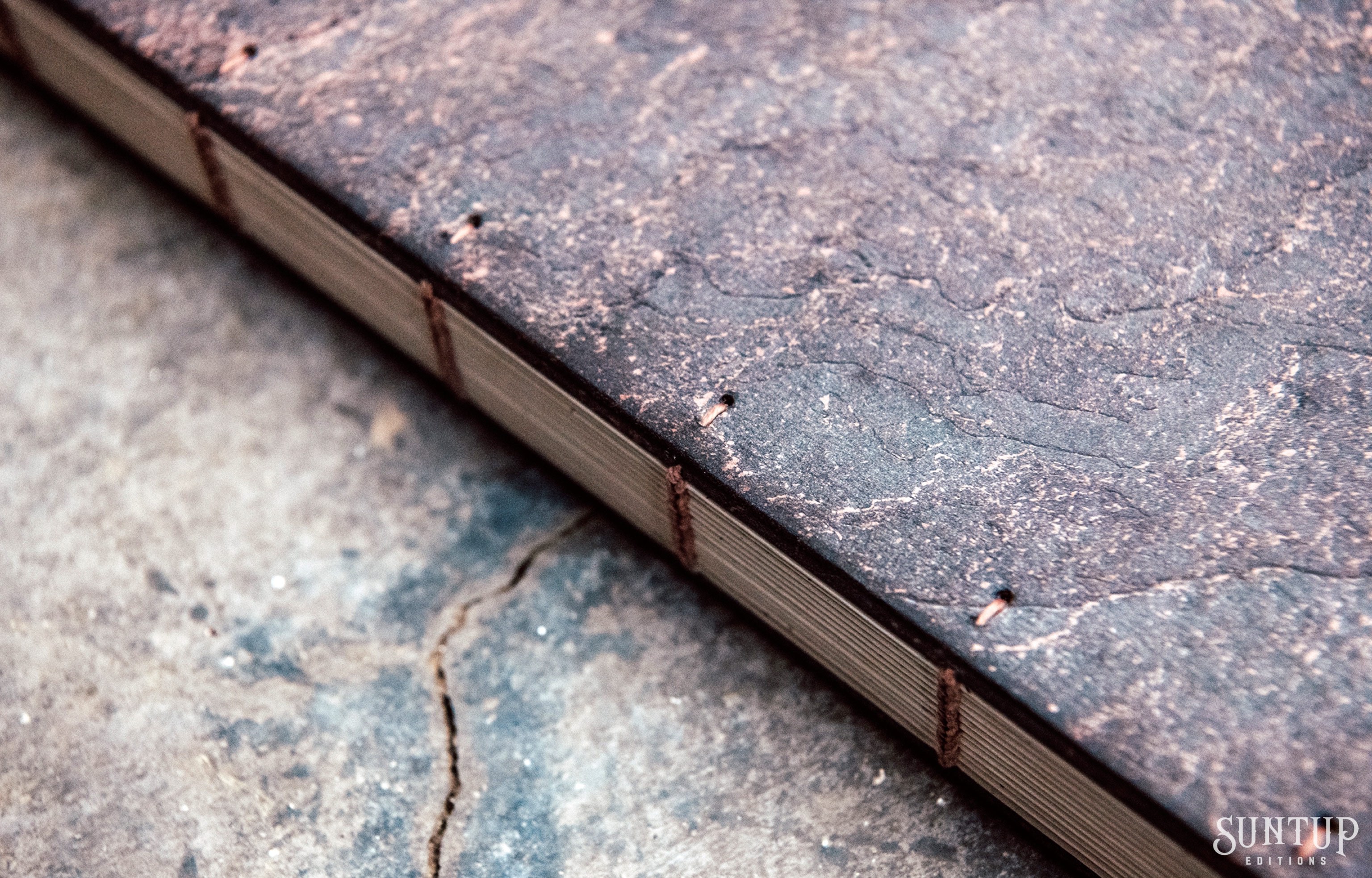 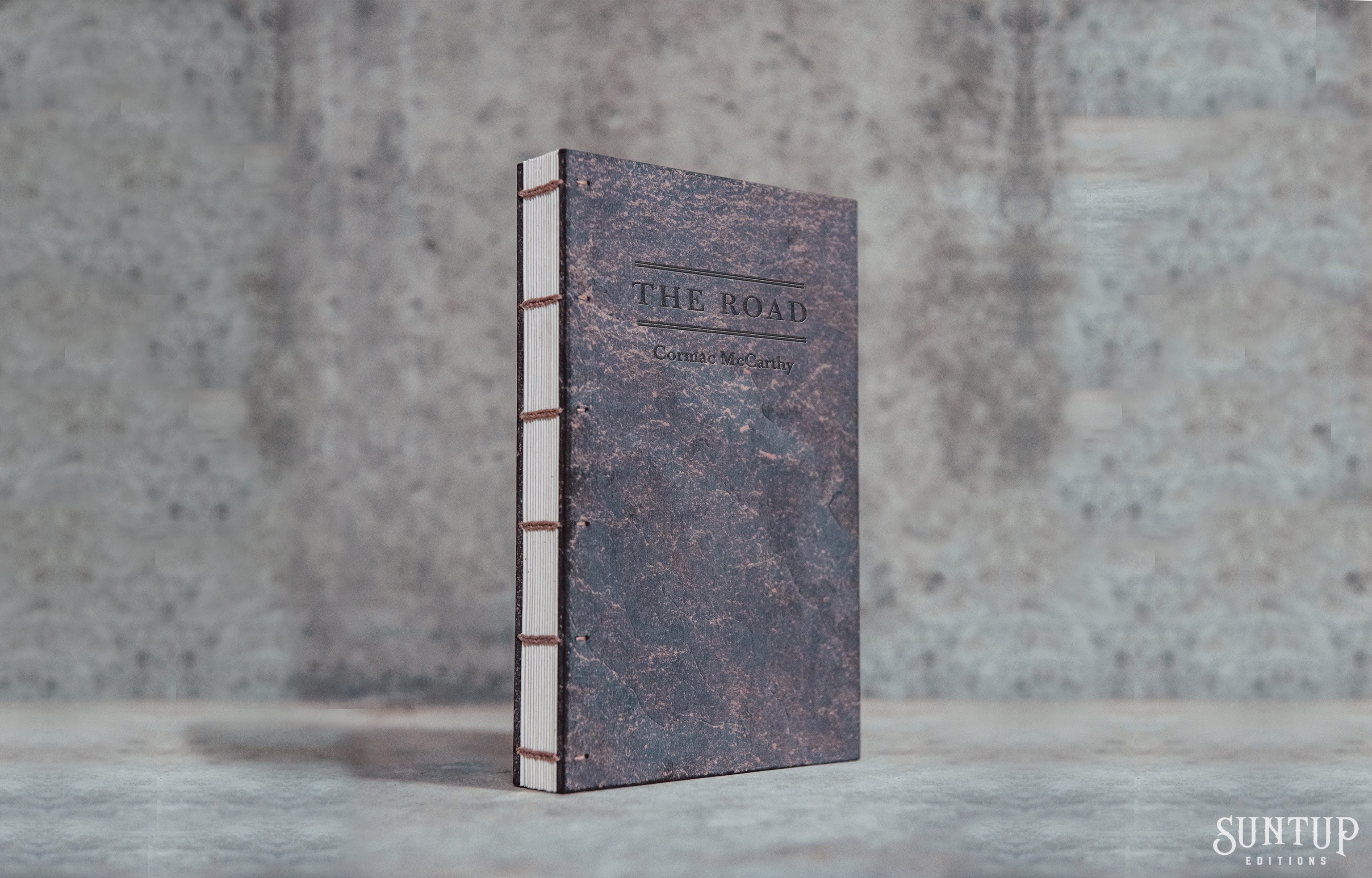 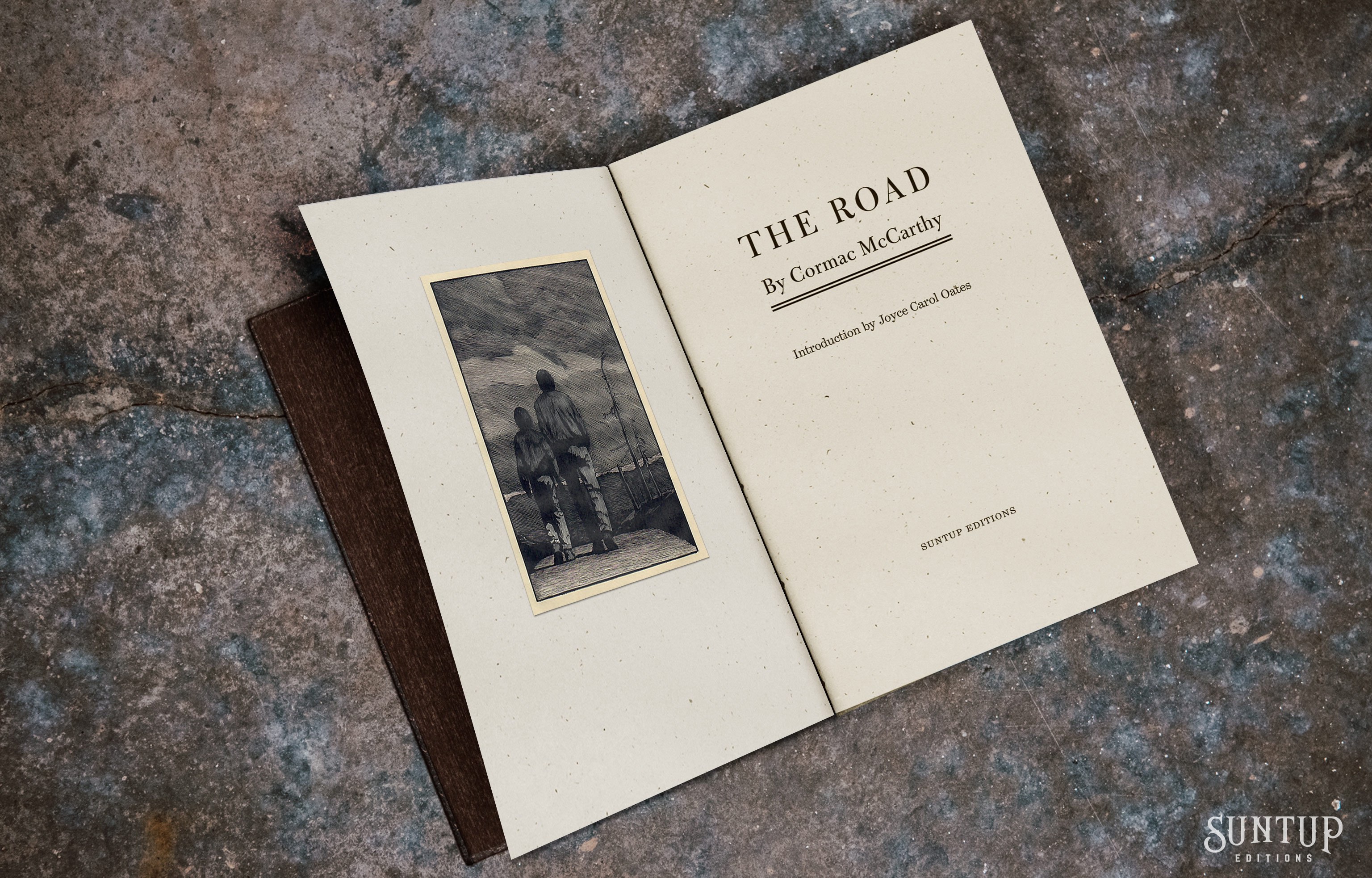 The Limited edition is a quarter leather binding with Japanese cloth boards, and is limited to 250 copies. The leather spine is foil stamped, and the cover includes an inset print of the The Road engraving by Richard Wagener. Endsheets are Thai mango leaf, and the edition is printed offset on Mohawk Via Vellum Flax paper. It is housed in a cloth covered slipcase. 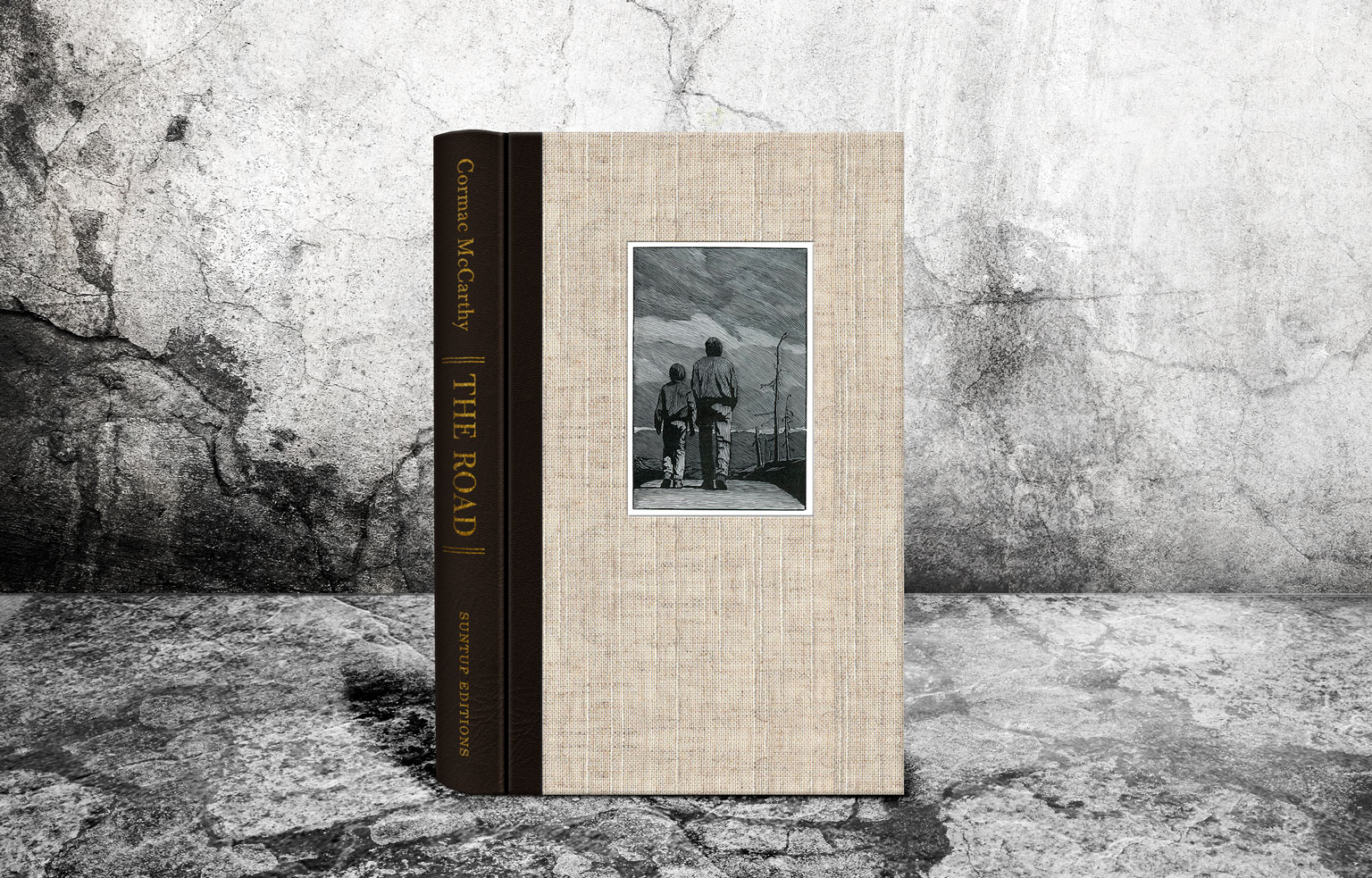 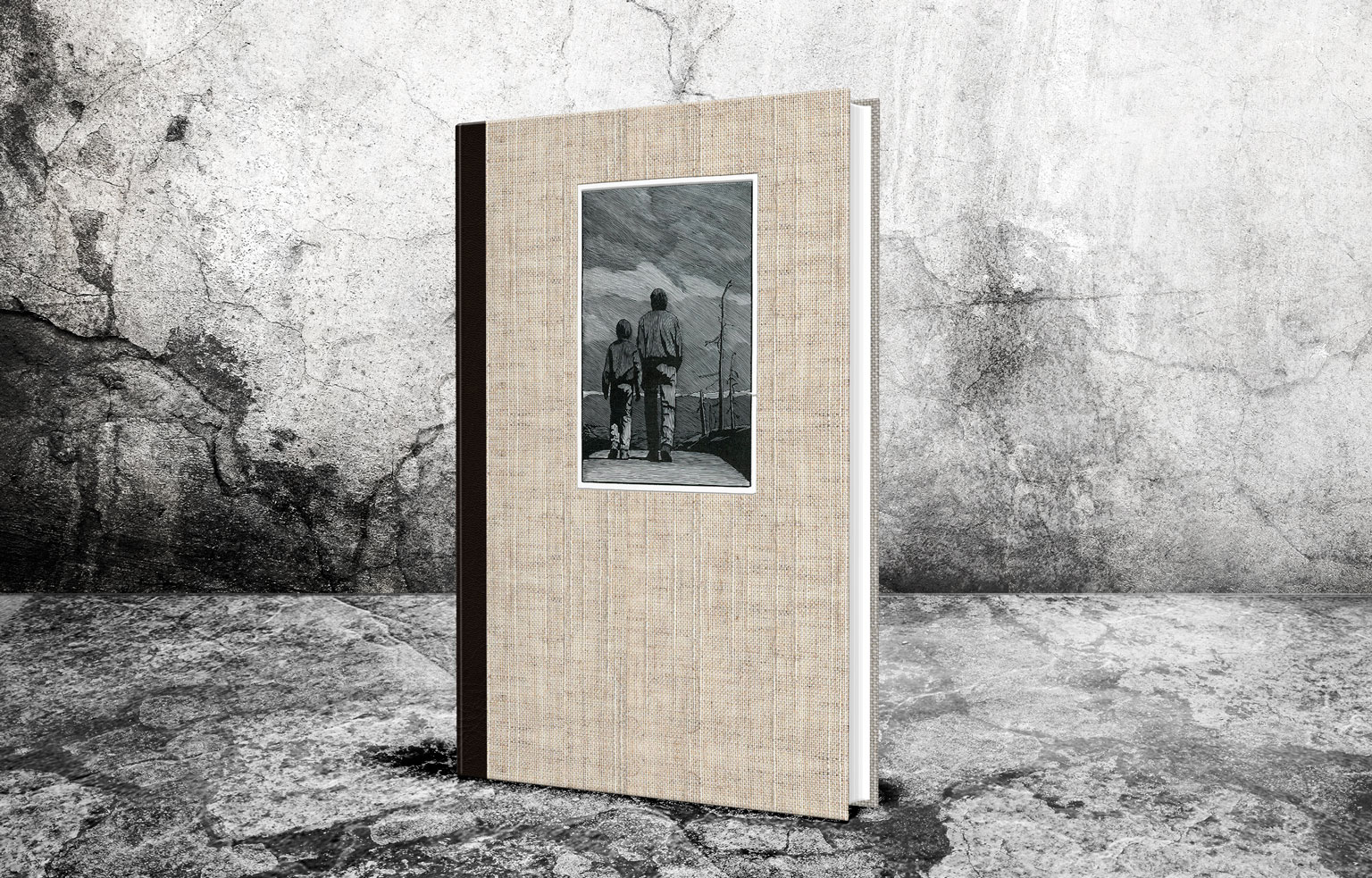 “One of McCarthy’s best novels, probably his most moving and perhaps his most personal.” 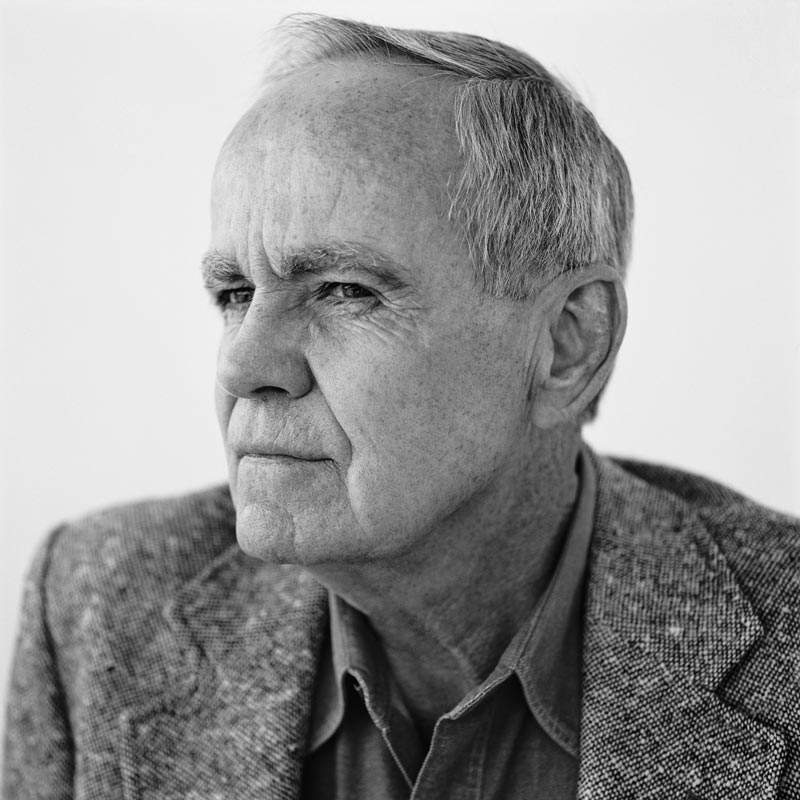 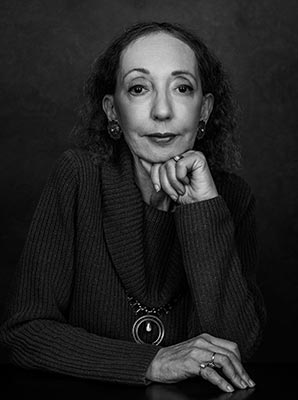 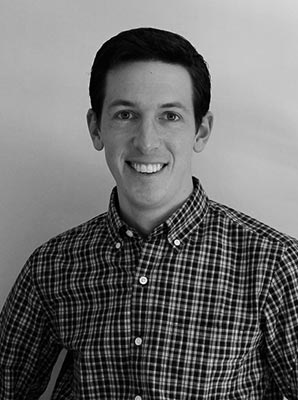 Ryan Pancoast is an award-winning illustrator whose work has been honored by the Society of Illustrators, the Art Renewal Center International Salon, Spectrum: The Best in Contemporary Fantastic Art, and Infected by Art. He won Silver in the Oil/Acrylic/Watercolor category in Infected by Art Vol.7 and was nominated for a Chesley Award in 2017. 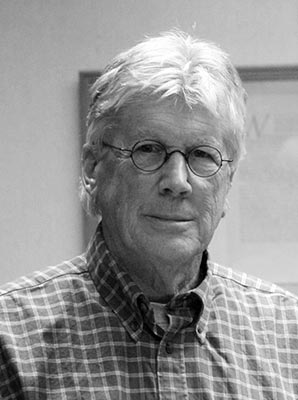 Richard Wagener is an American wood engraver known for his prints and fine press books. His work has been collected by over one hundred public institutions. One of his books was included in Artists’ Books in the Modern Era, 1870–2000 at the Legion of Honor, Fine Arts Museums of San Francisco. Victoria Dailey has called Wagener the first California artist since Paul Landacre to achieve prominence in the art of wood engraving. He is the co-recipient of the 2016 Carl Hertzog Award for Excellence in Book Design and the Book Club of California honored him with the Oscar Lewis Award for contributions to the book arts. 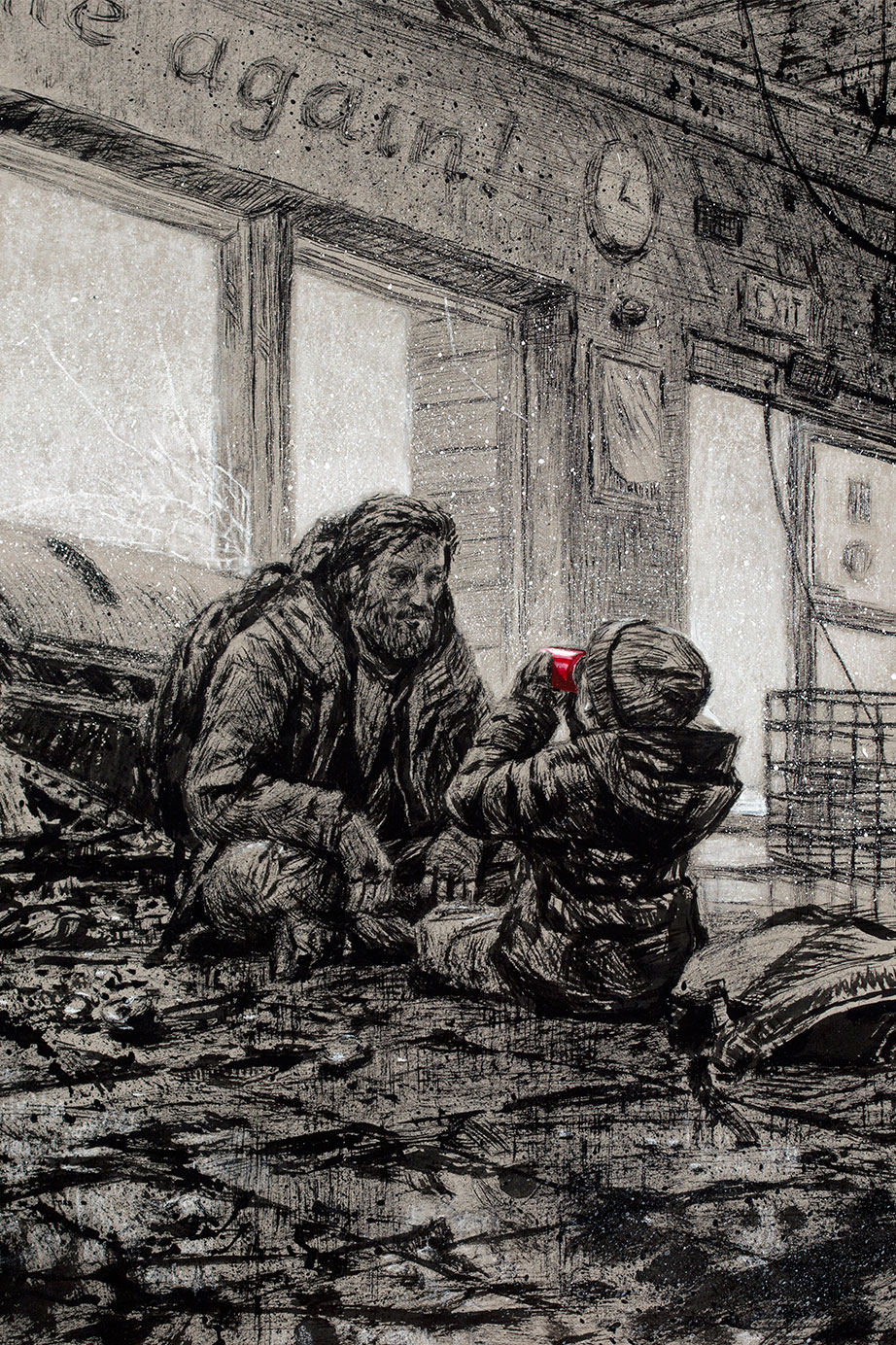 One of Seven Illustrations by Ryan Pancoast 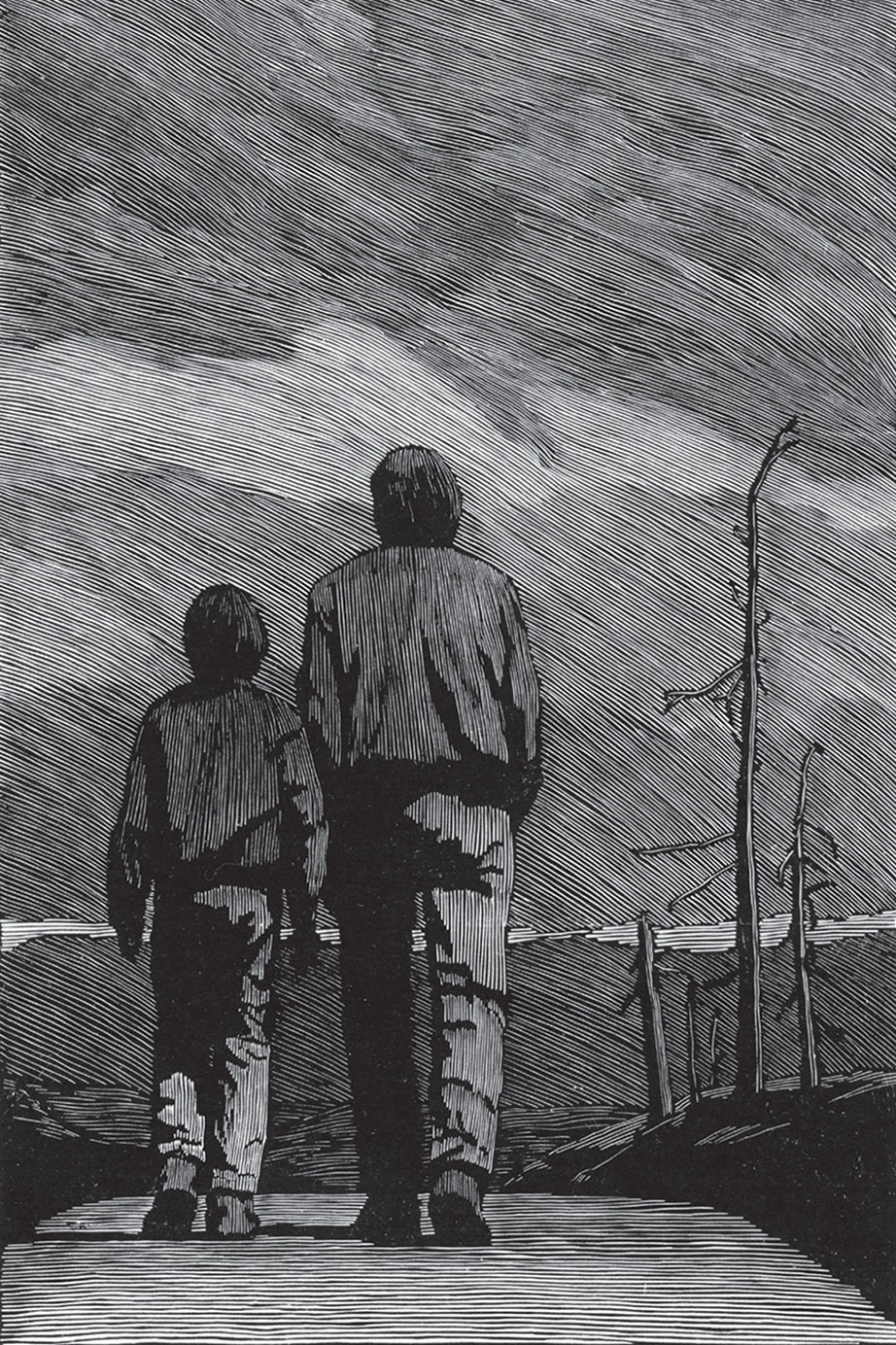 THE ROAD PREMIUMS
— Bookmark and Postcard with all Pre-Orders — 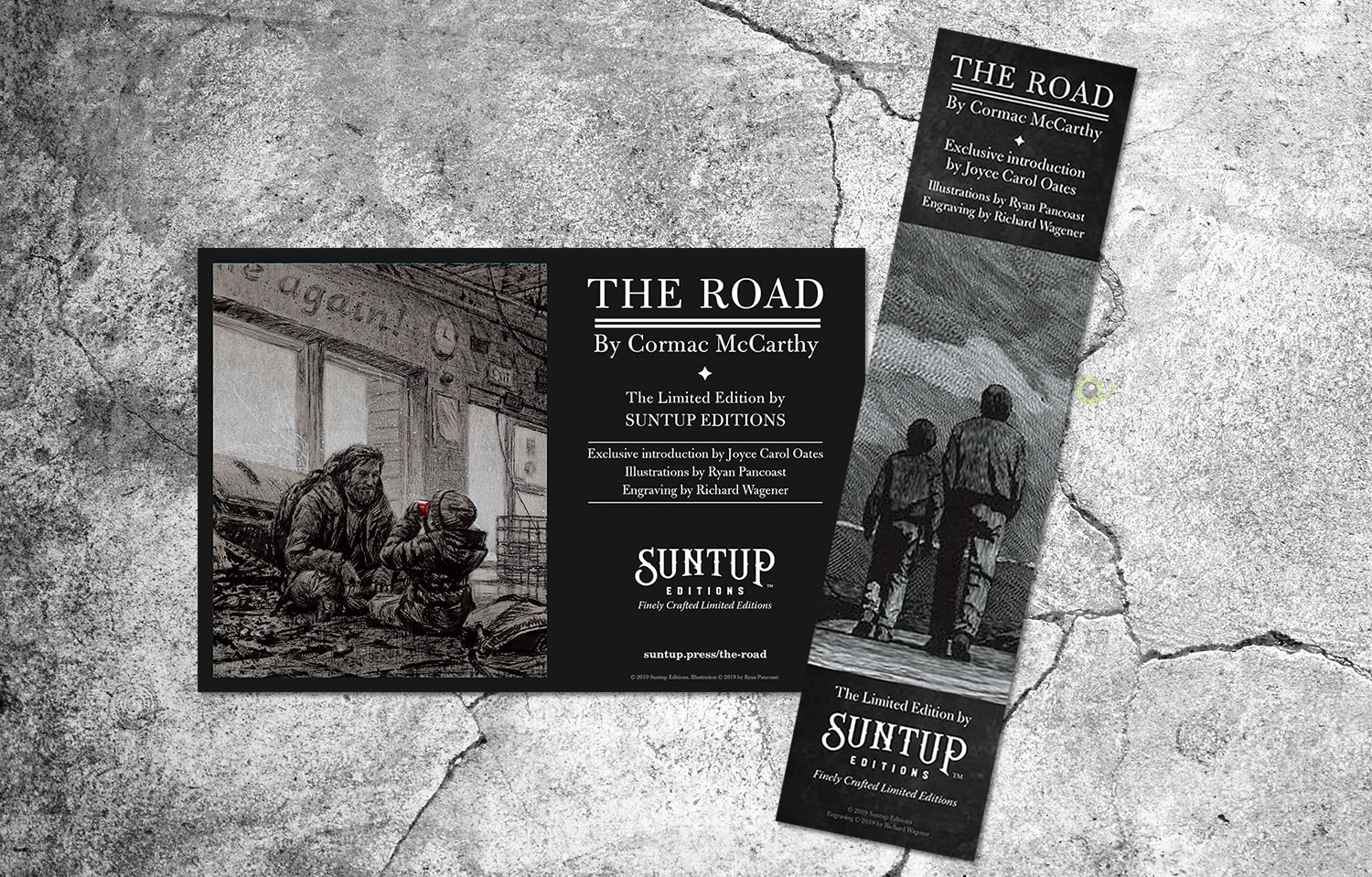 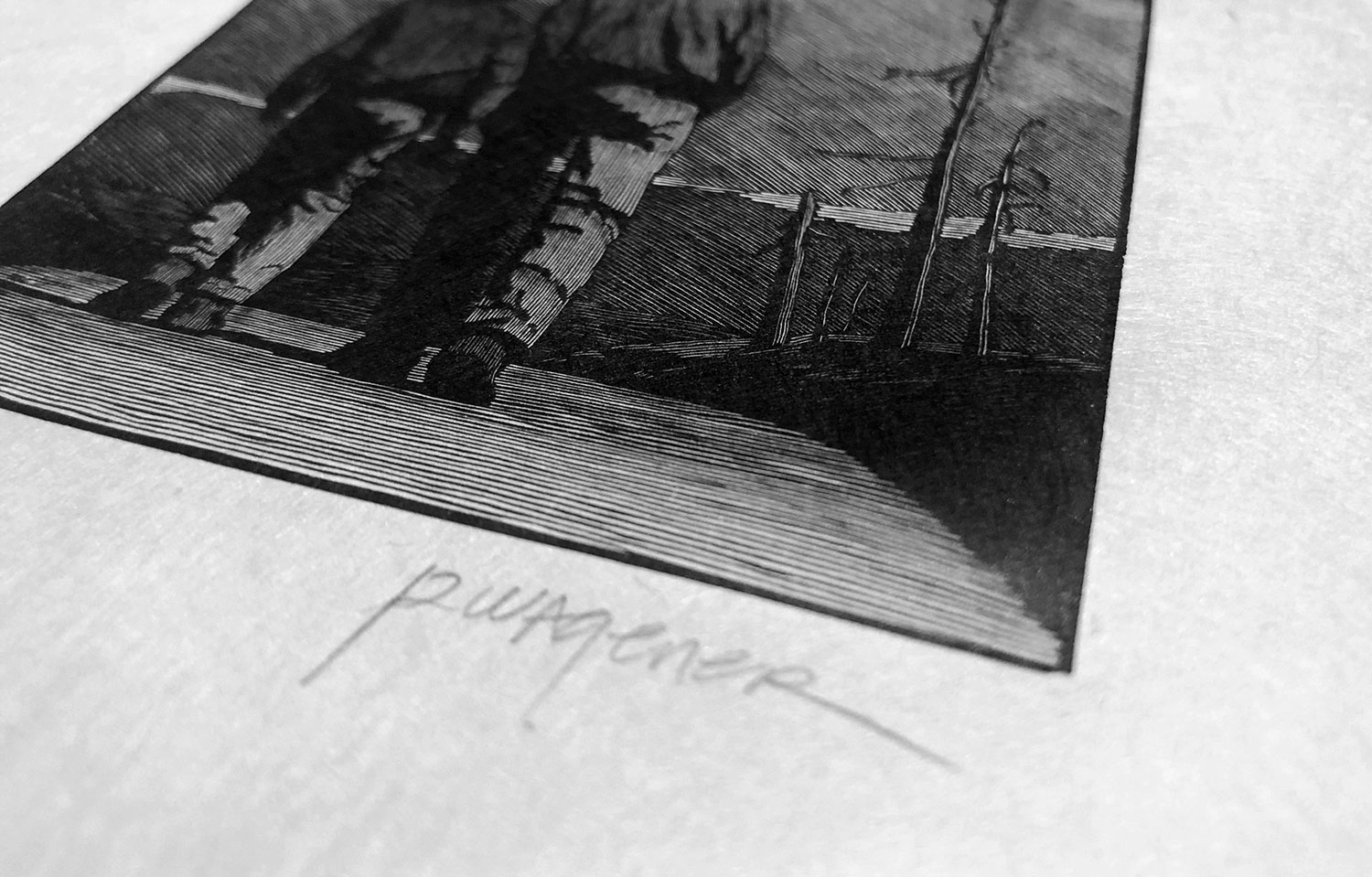 Three pre-orders will be selected at random and the winners will receive a The Road engraving letterpress print, signed by Richard Wagener.

The Road will be available for public pre-order on Saturday April 13, 2019 at 9AM Pacific, at which time the order buttons above will be activated. You may also visit shop.suntup.press directly to order.

A payment plan of four monthly payments is available for the Lettered edition. If you decide to pay with the installment plan, you can save time at checkout by registering your Partial.ly account in advance by clicking here. (This is the service we use to administer the installment payments.) If you already have an account, there is no need to register again.

Please Note: This edition is only available for sale in the United States and Canada, and throughout the rest of the world excluding the British Commonwealth territories.

Owners of our previous publication (Rosemary’s Baby) will have first refusal rights on The Road. A private pre-order link will be sent to previous owners. If you do not receive the email by the public pre-order date, please let us know. Your order must be received before Saturday April 13 2019 at 9AM Pacific, at which time ordering will be opened up to the public. 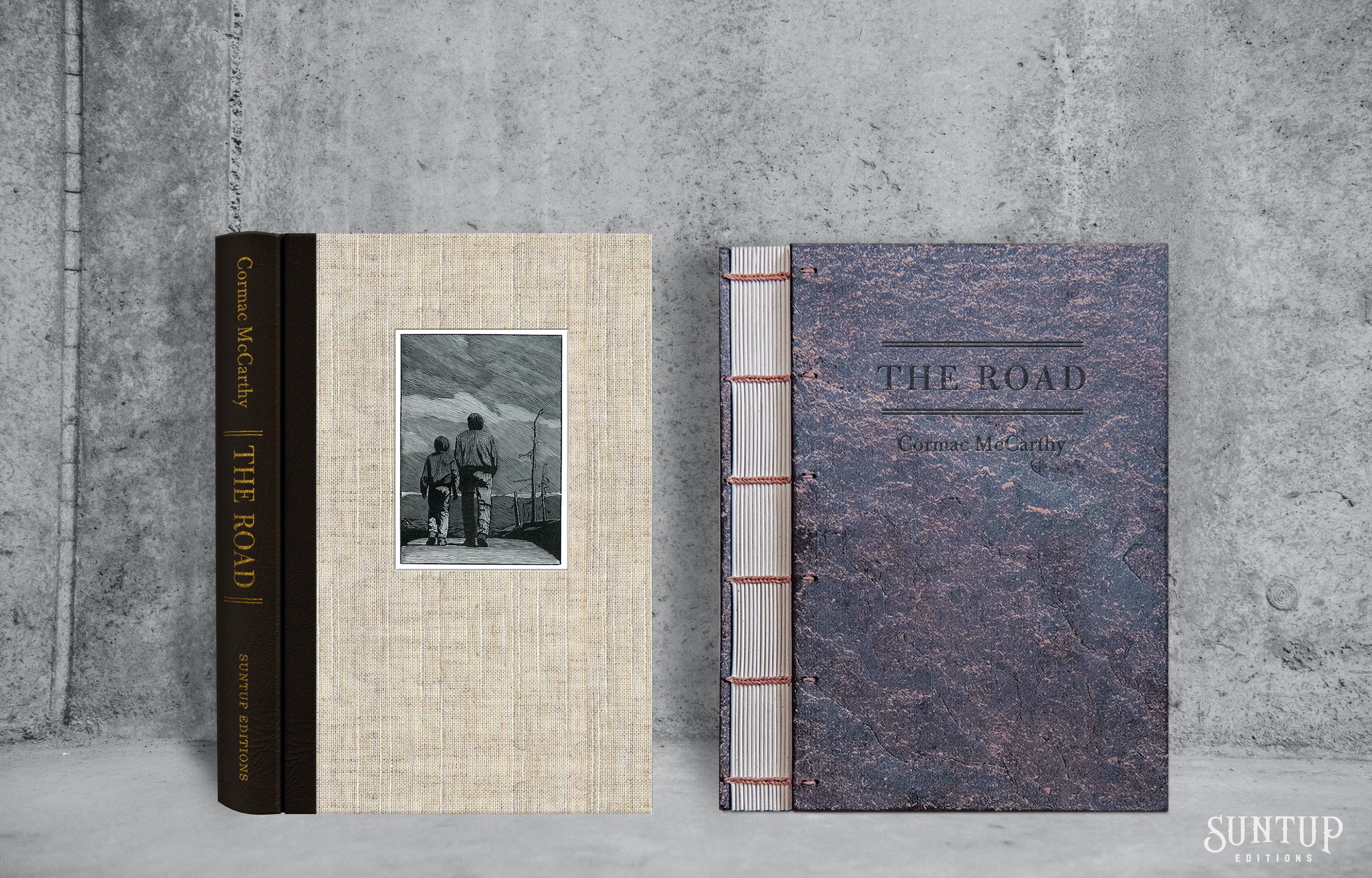 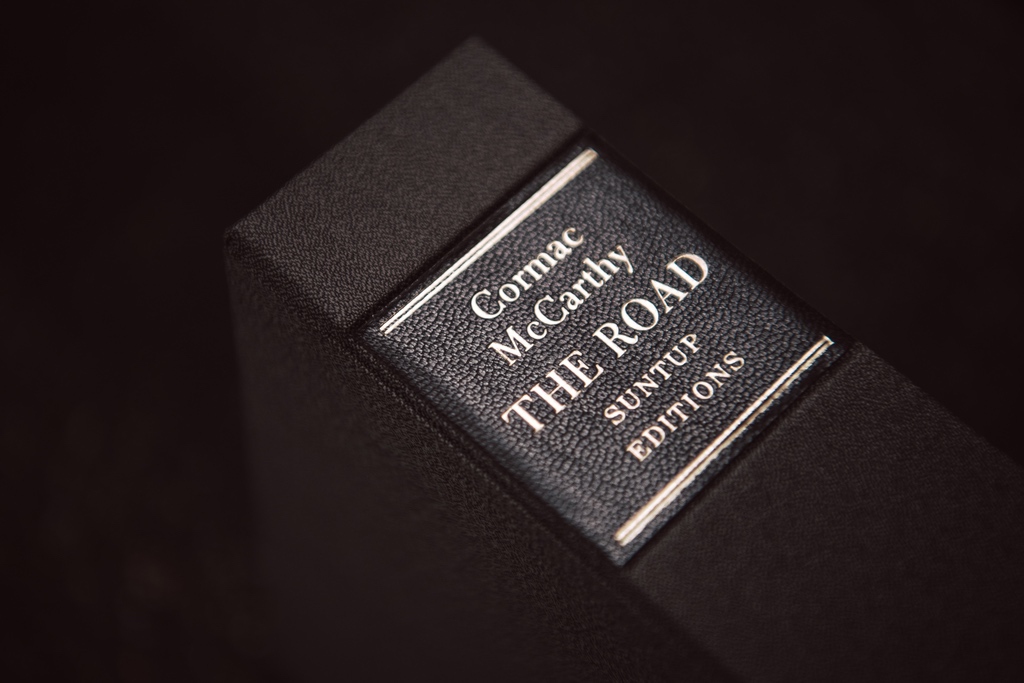 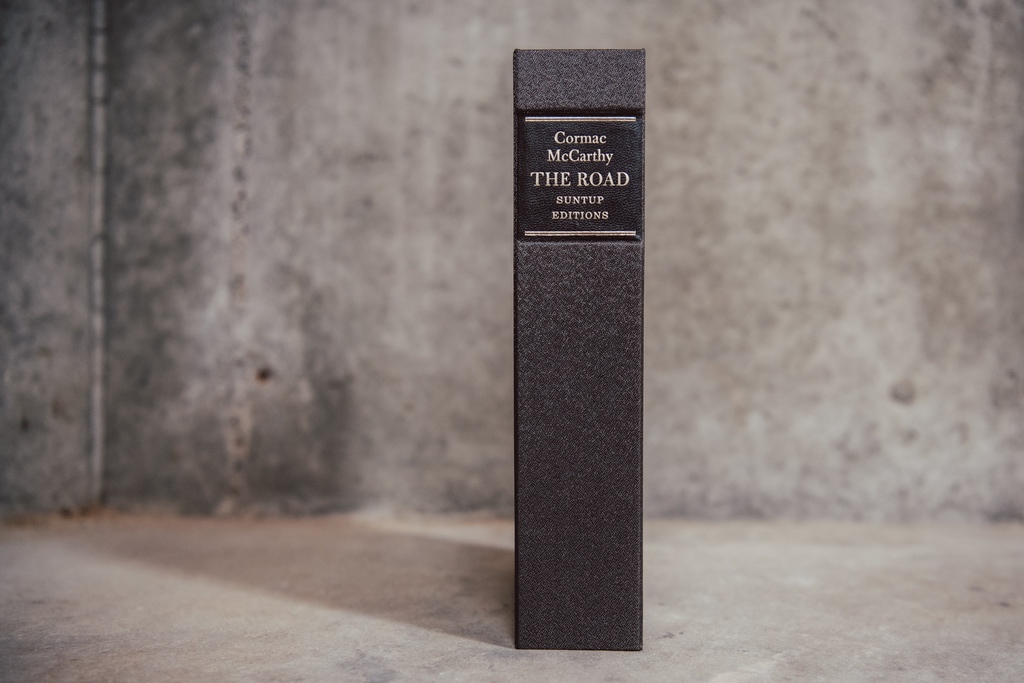 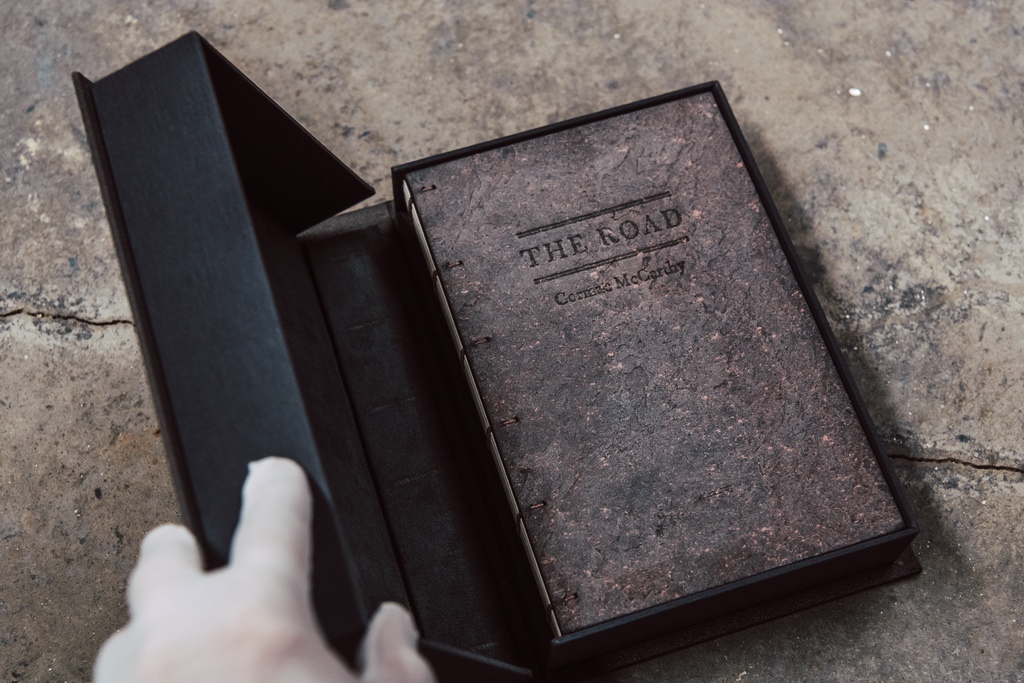 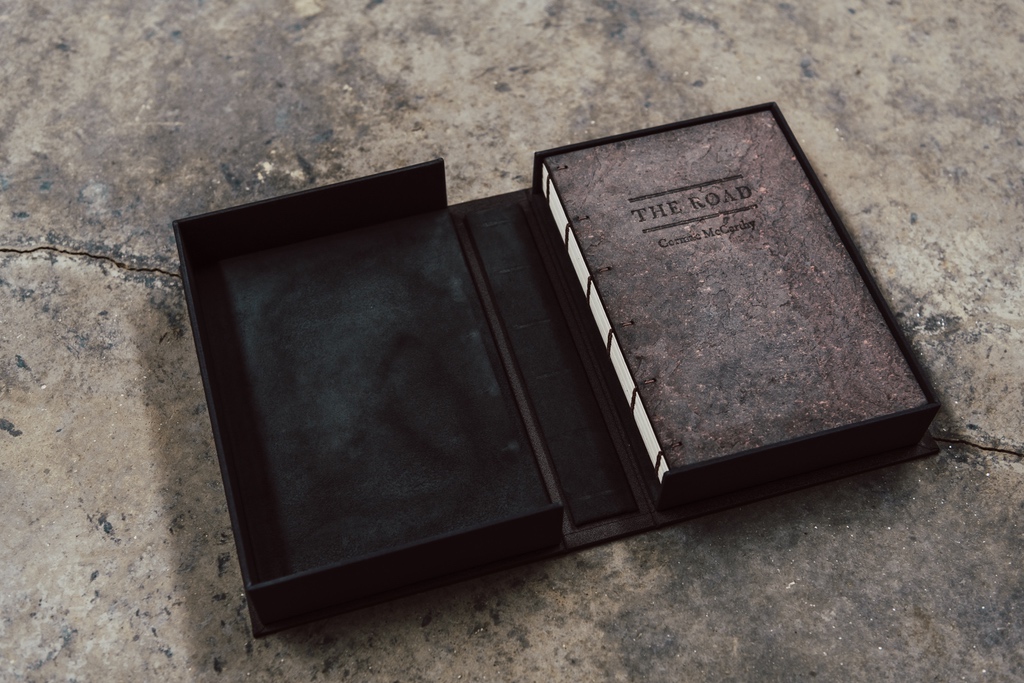 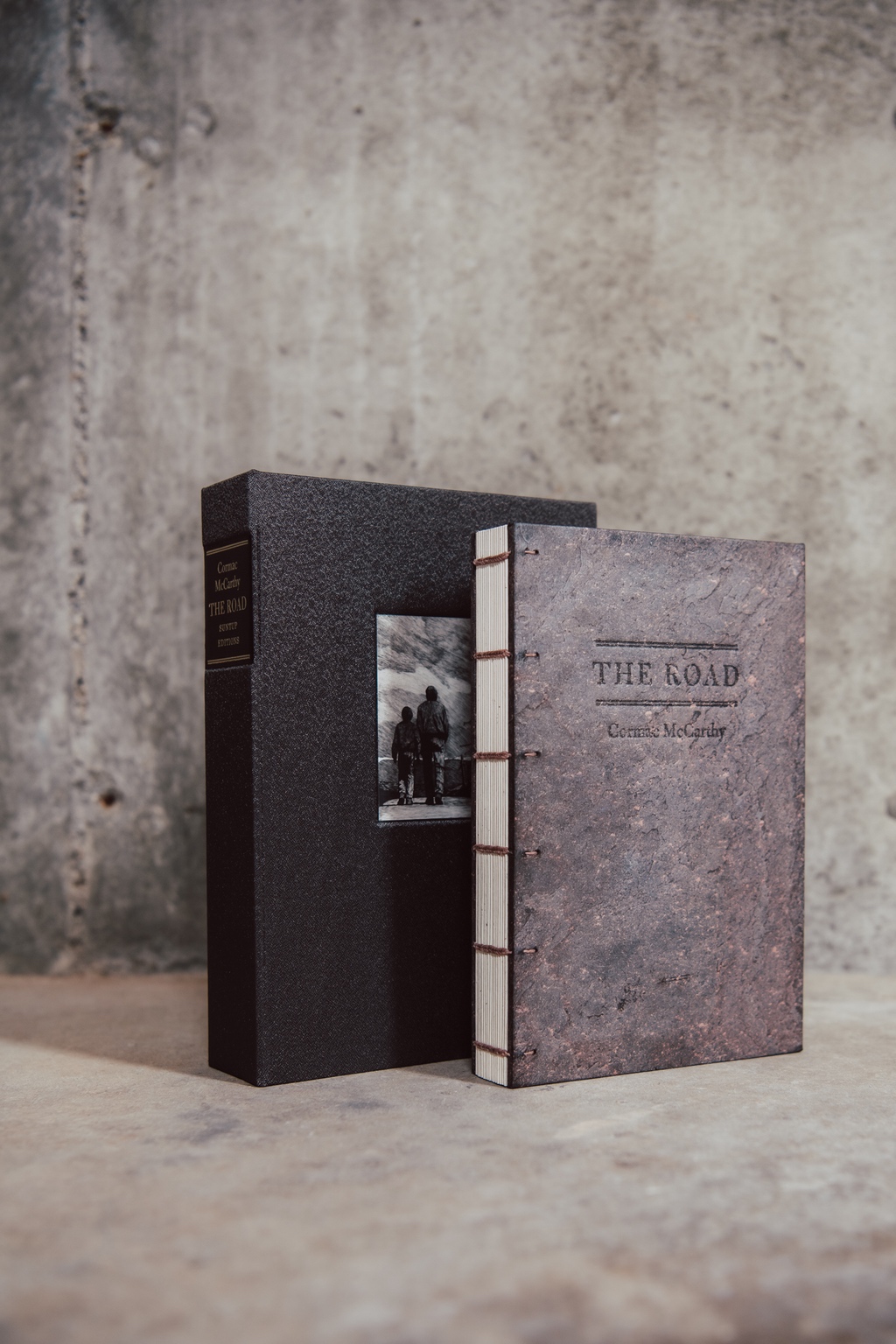 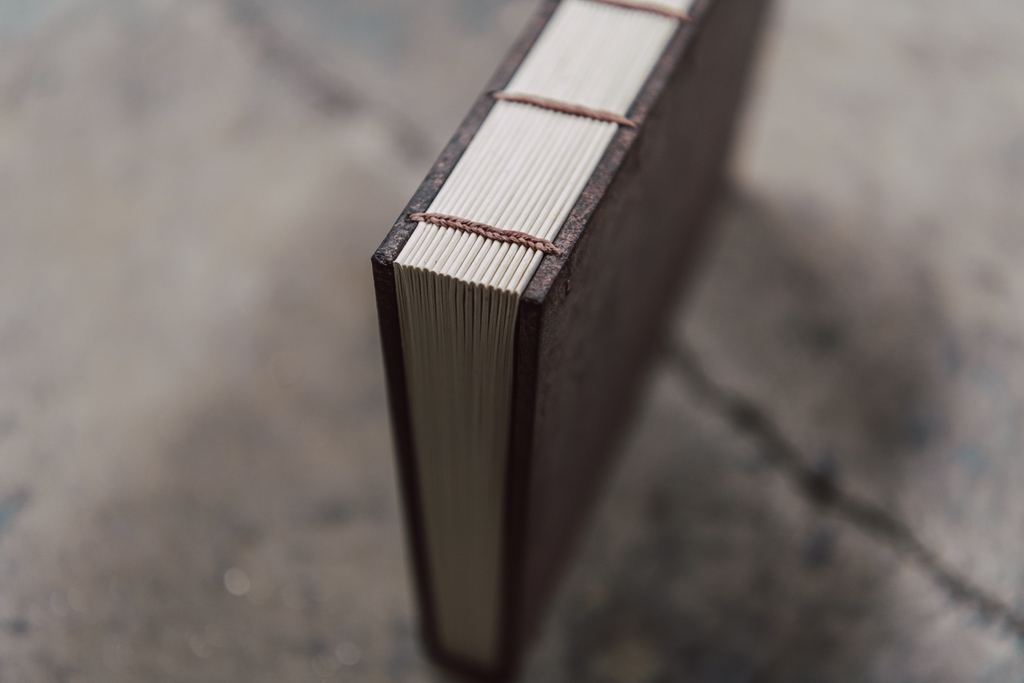 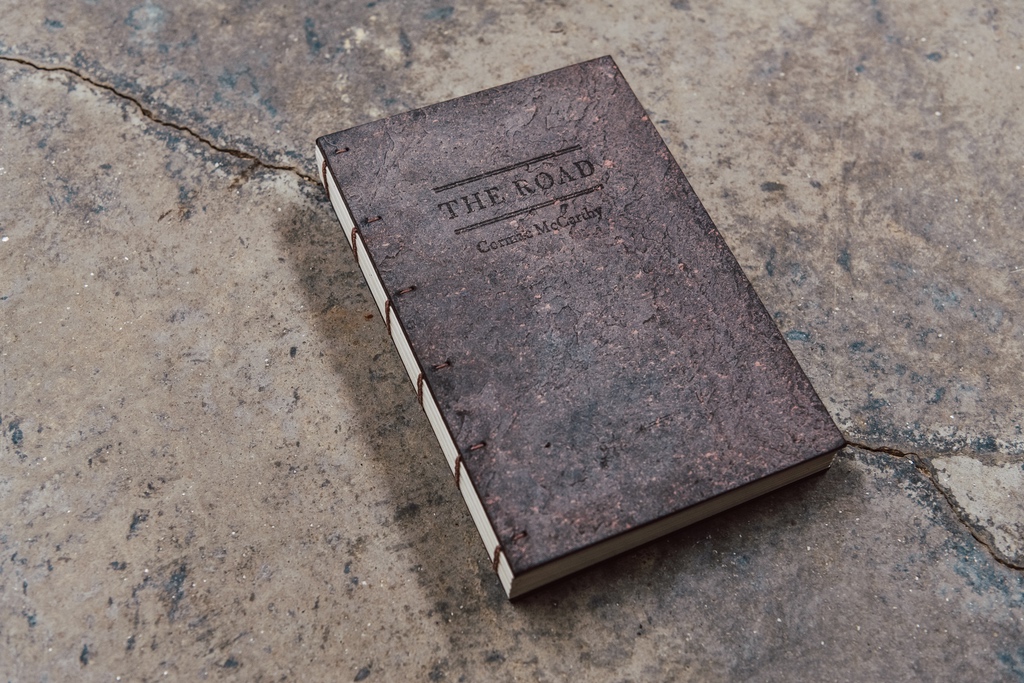 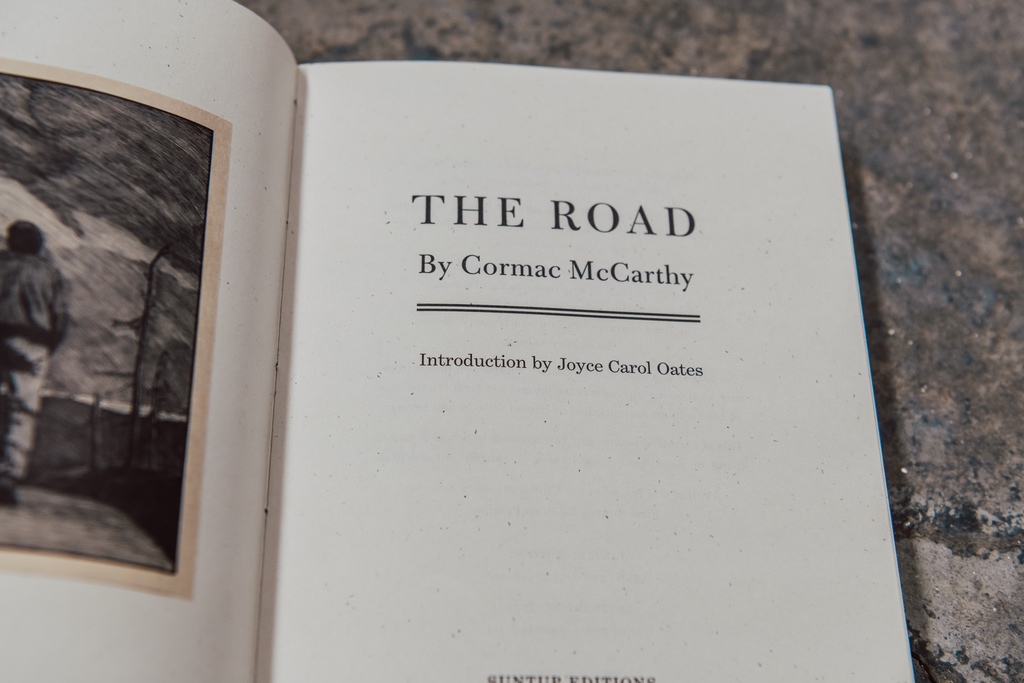 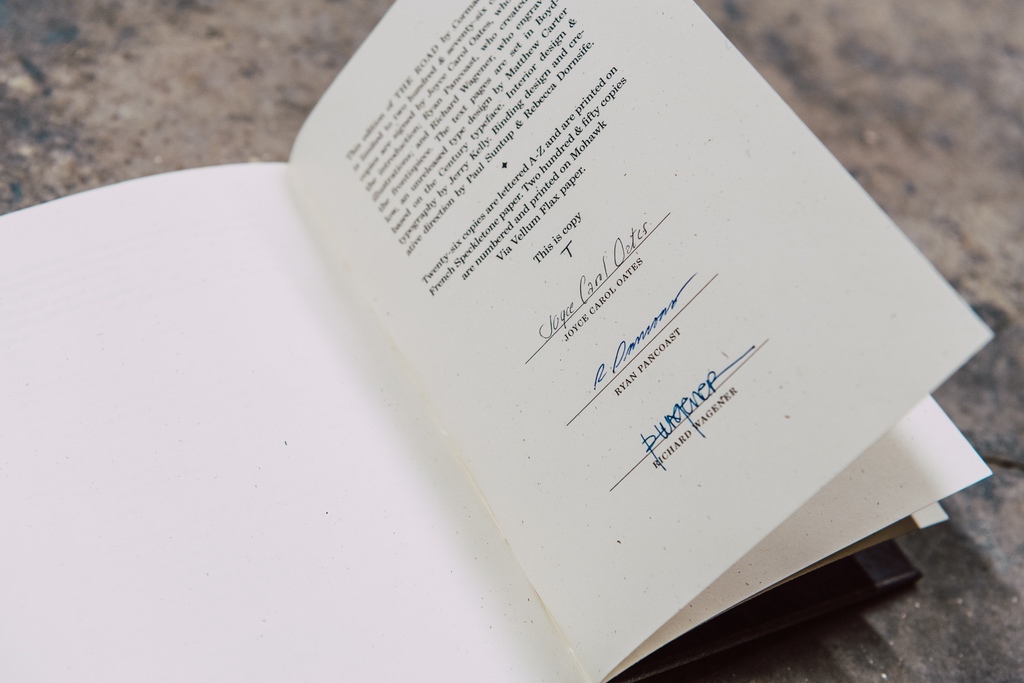 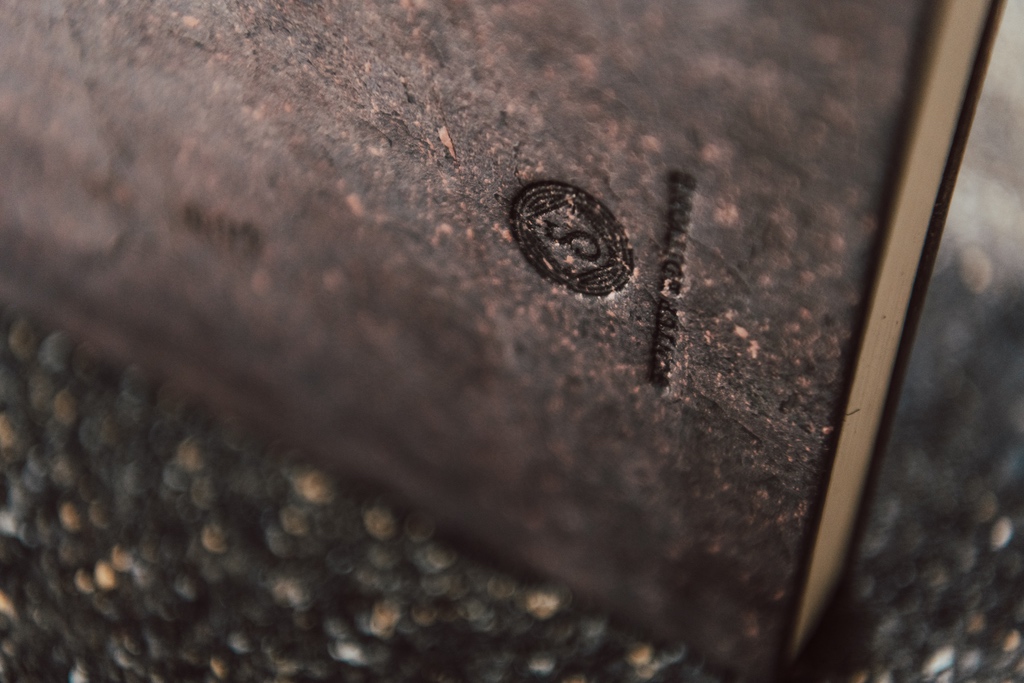