Gritty, authentic and full of heart, The Outsiders by S.E. Hinton is the classic tale that revolutionized the young adult novel.

The Outsiders tells the story of two weeks in the life of a teenage boy as he struggles to stay with his brothers, stay true to himself and “stay gold” following the death of his parents. For Ponyboy, life is a series of conflicts. Greaser against Soc. Rich against poor. Violence against reconciliation. As tensions mount in a neighborhood war between the poor greasers and the rich Socs, Ponyboy grapples with the stereotypes placed upon him as he searches for his own identity and place in society.

When S.E. Hinton published The Outsiders in 1967 – a novel she began writing at age 15 and sold at 17 – the idea of a teenager writing fiction for her peers was practically unheard of. Hinton felt that the required reading in school was not an honest reflection of the lives teenagers experienced in her hometown of Tulsa, Oklahoma. Her novel would present adolescent characters who were the opposite of everything a teenager, by adult standards, should be. As a result, it was a hit with young readers across the country.

Since its debut, the book has sold more than 15 million copies, become a steady feature on school reading lists, been adapted into a film by Francis Ford Coppola, and helped shape an entire literary genre marketed to young adults.

As poignant and relevant today as the day it was first published, The Outsiders urges a divisive world to remember that, as Ponyboy says, we all “see the same sunset,” and that while we may be the ones who create great divides between each other, we can also be the ones to bridge them.

The Artist edition is limited to 750 copies, and is the only edition to feature a wraparound dust jacket illustrated by Jeff Echevarria. It is a smyth sewn, full cloth binding with two-hits foil blocking on the cover. Endsheets are embossed Rainbow paper and the edition is housed in a slipcase covered in 100% cotton cloth with an aqueous acrylic coating. This edition is signed by the artist. 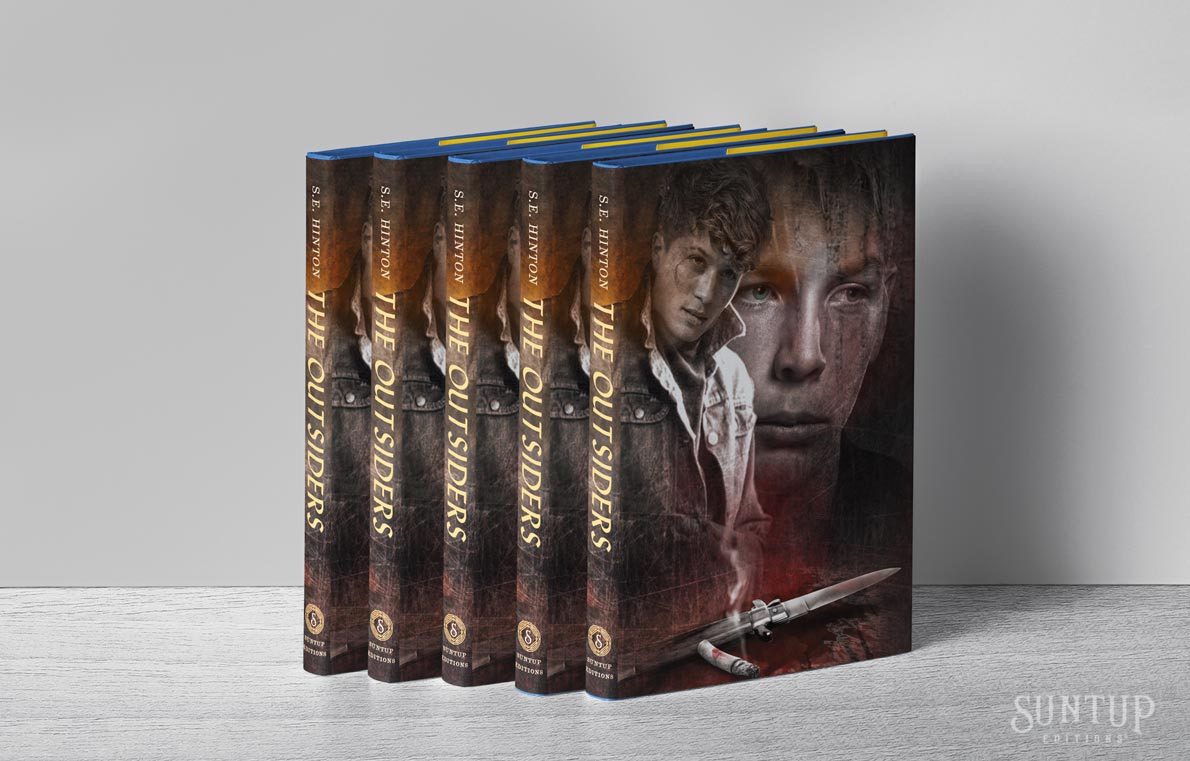 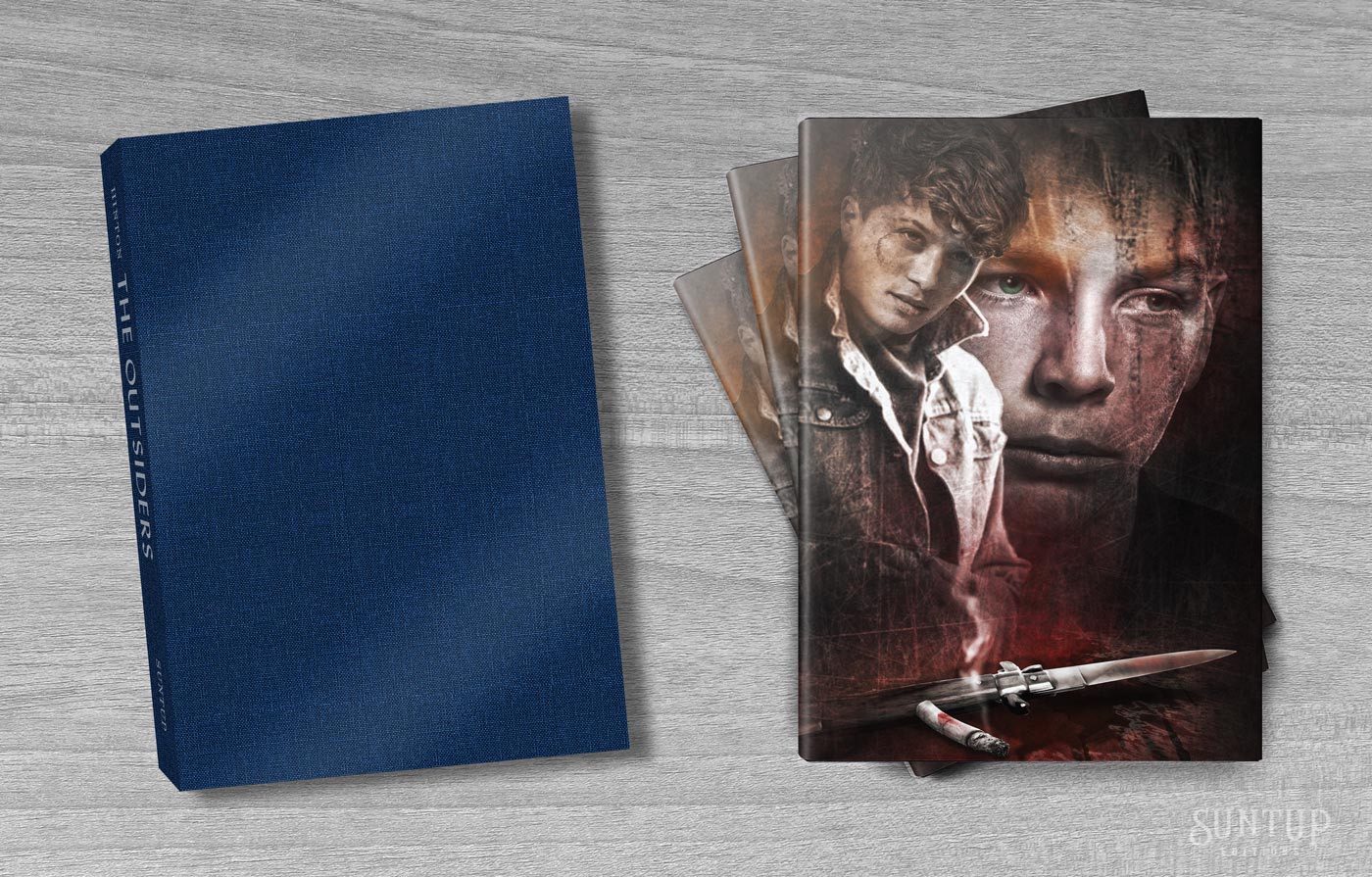 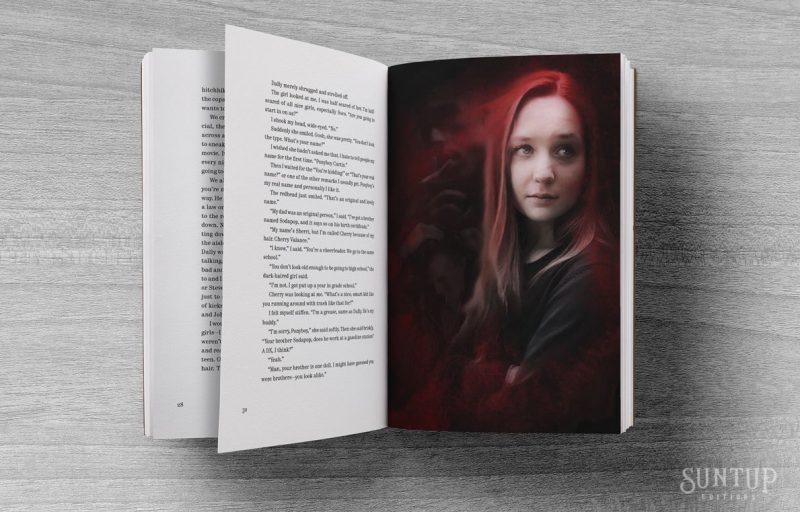 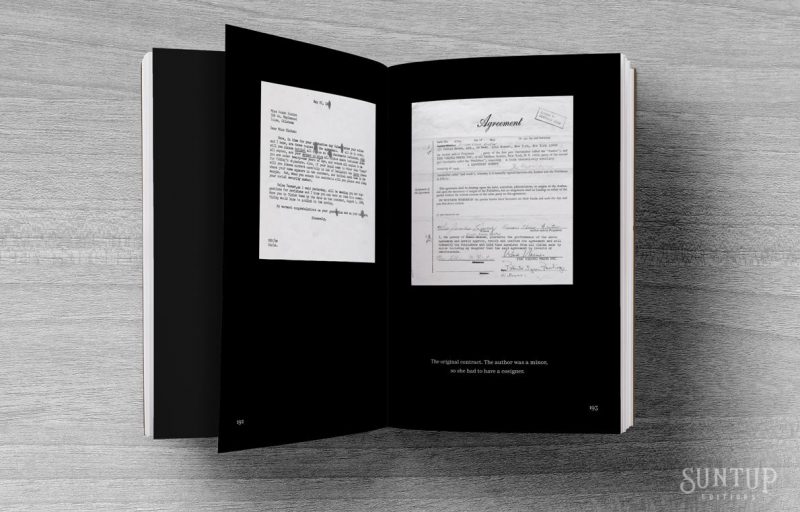 The Numbered edition of 350 copies is a smyth sewn, bradel binding with Japanese cloth over boards and a leather capped fore-edge on the front cover. The leather is stamped in gold at the spine and cover, and the top edge is gilded. Endsheets are printed with a custom calligraphic design, and the edition is housed in a Canson Mi-Teintes paper slipcase with Japanese cloth ends. It is signed by S.E. Hinton and Jeff Echevarria. 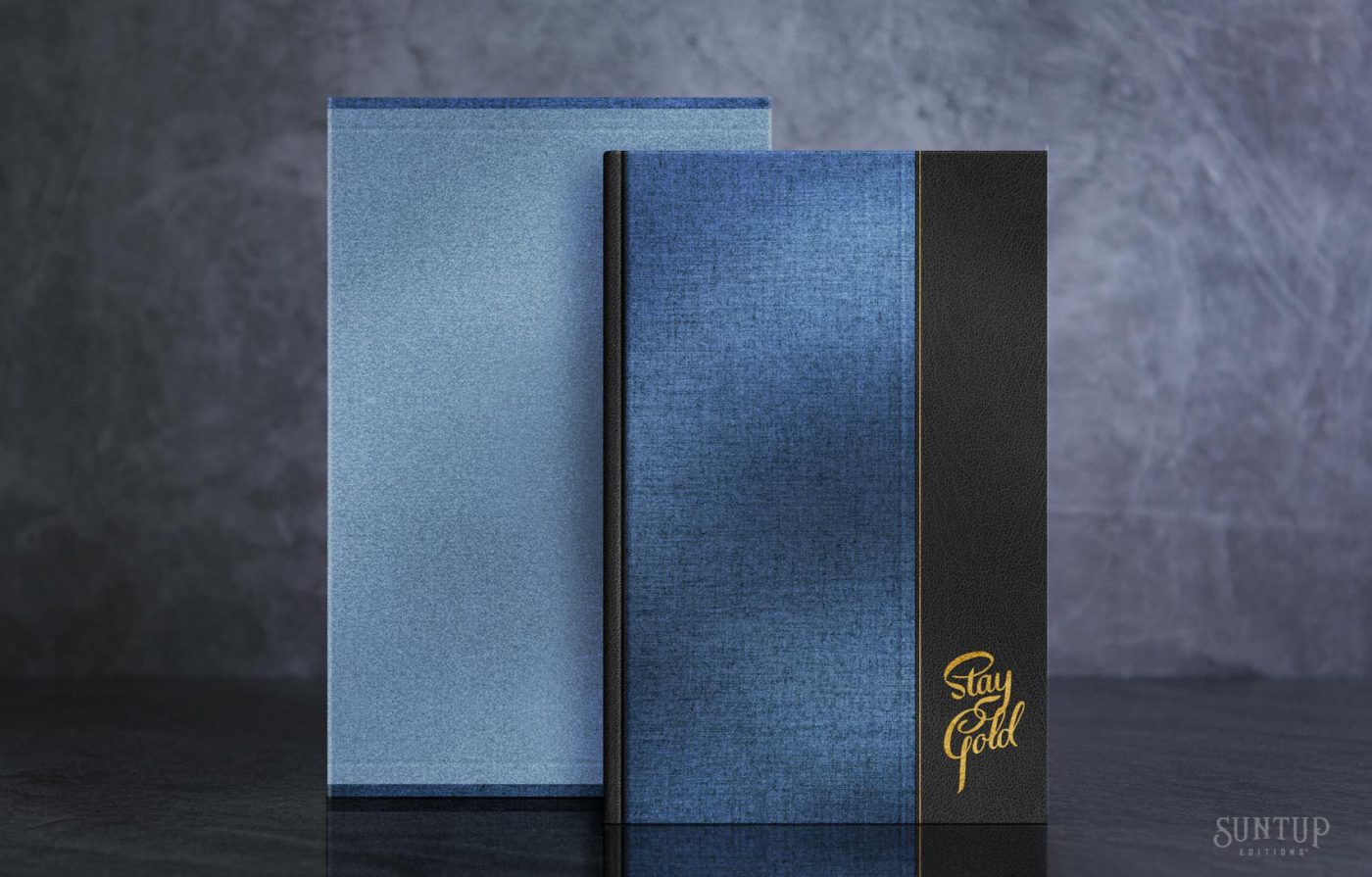 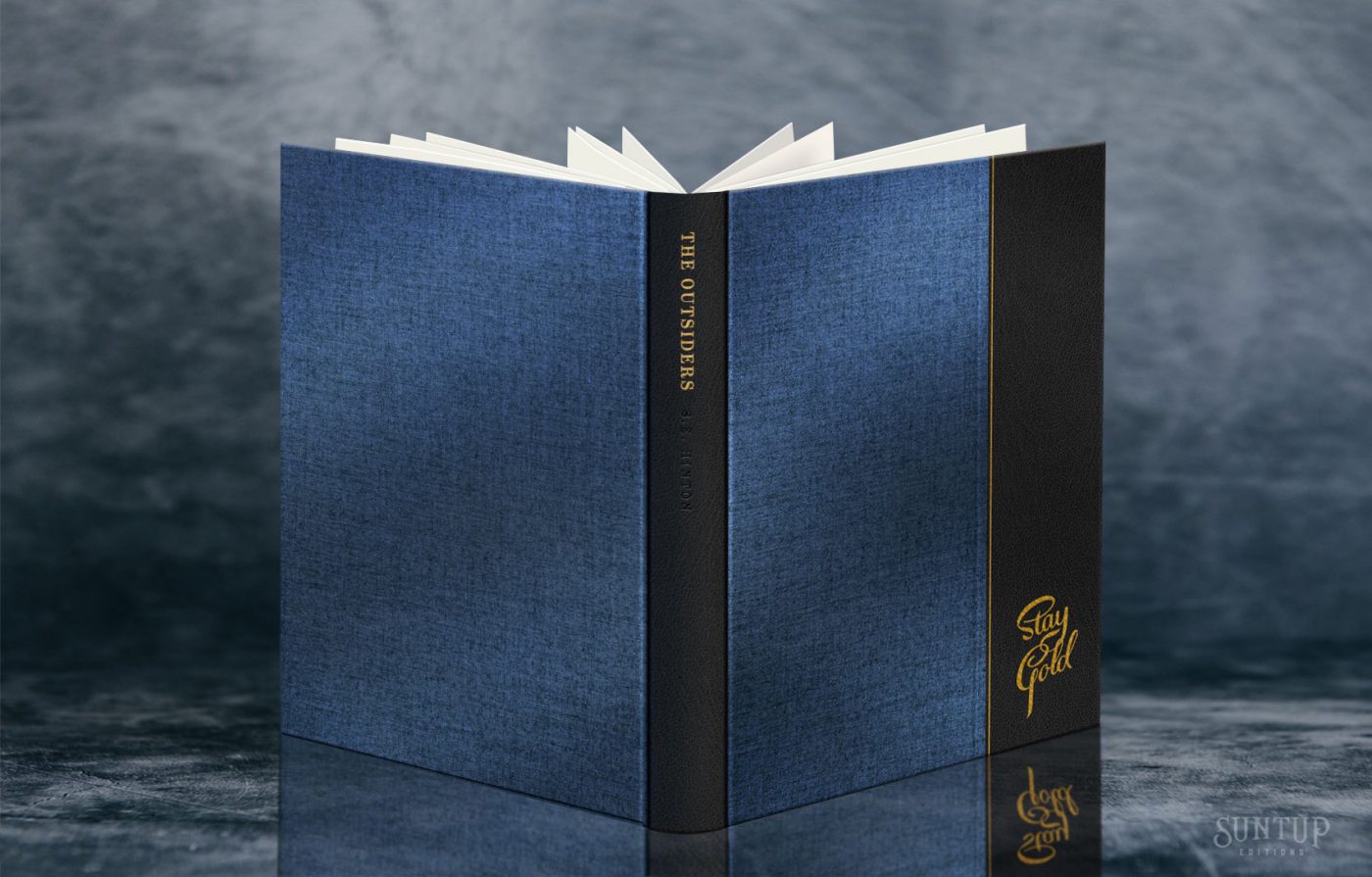 The Lettered edition is limited to 26 copies lettered A-Z and is bound as a full leather bradel structure. The binding has attached boards and a ‘floating’ spine. The spine consists of three layers: a thin leather, a leather-covered spine insert and leather straps that attach the spine insert to the book block. The cover is die cut revealing the golden holographic foil below, and the top edge is gilded. The edition is housed in a clamshell enclosure covered in a two-tone European bookcloth and is signed by S.E. Hinton and Jeff Echevarria. 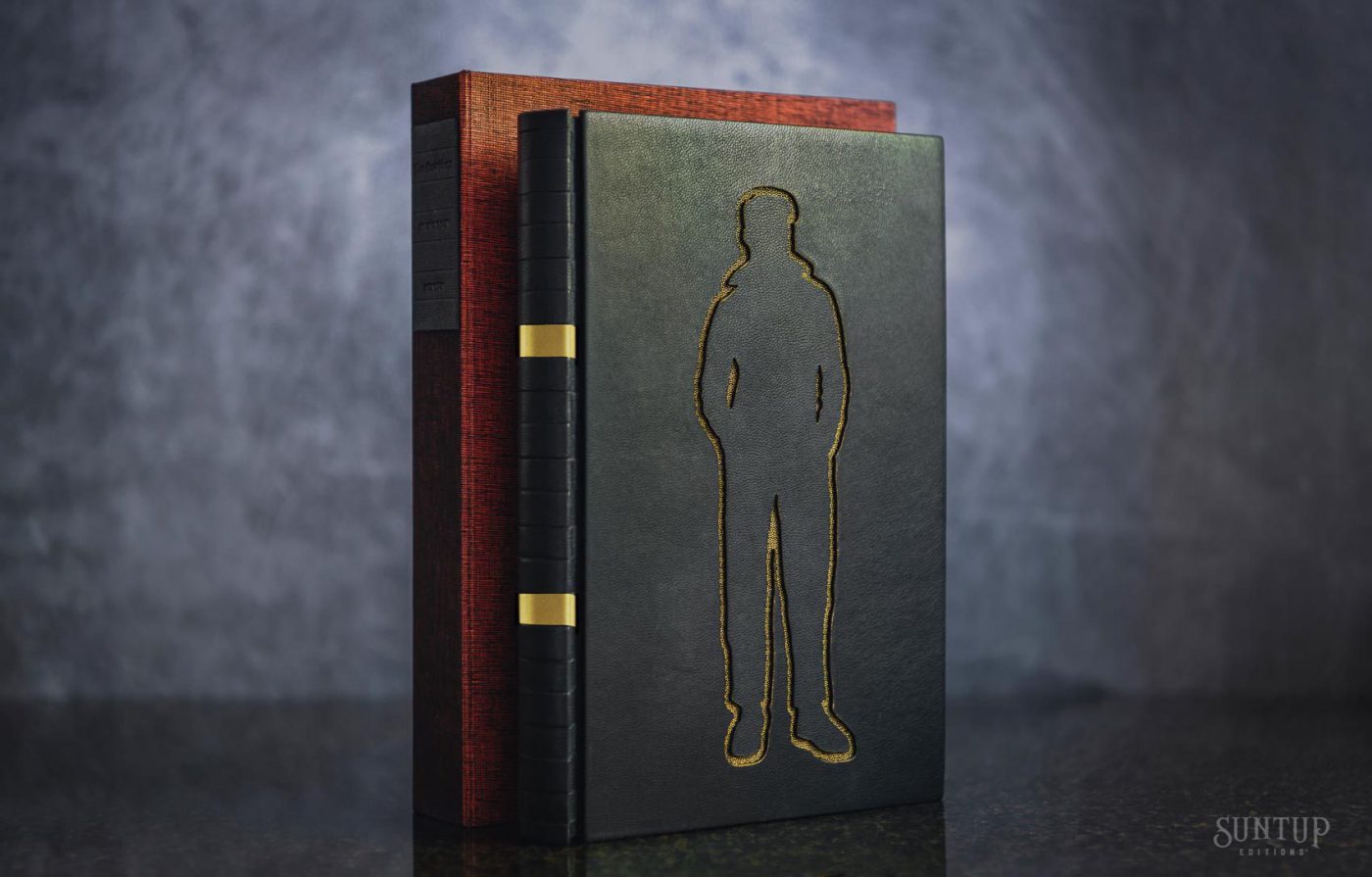 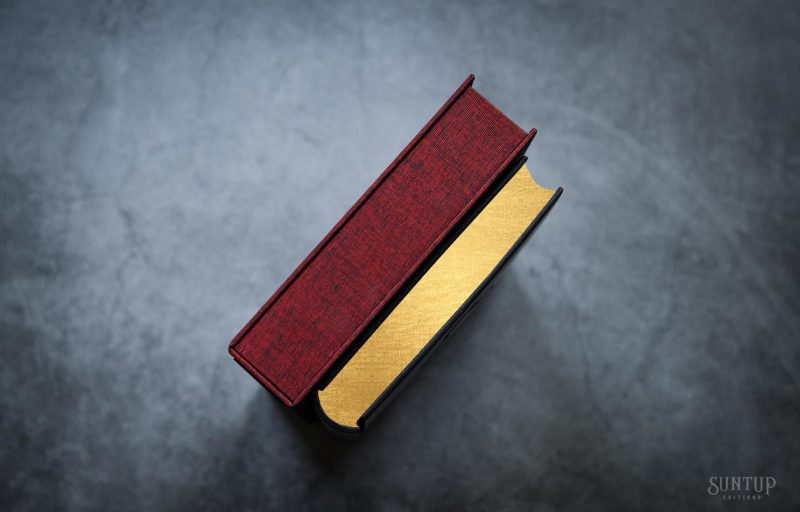 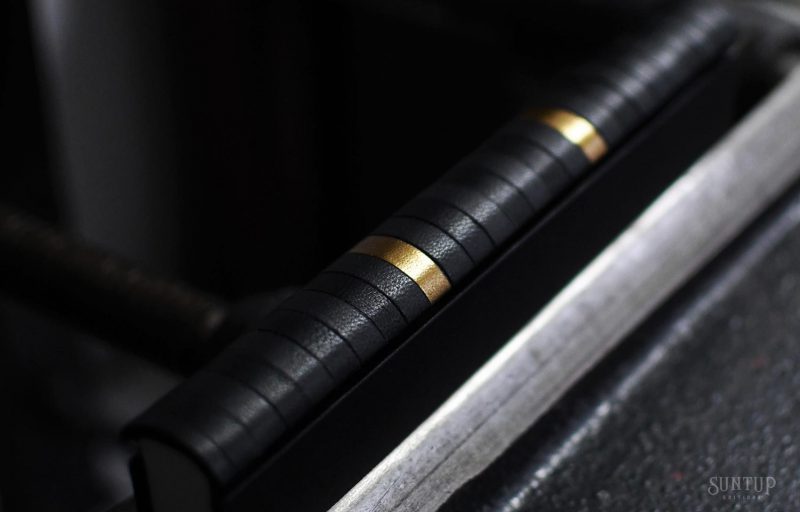 In addition to a note by the author from the 50th Anniversary edition, also included are 21 pages reproducing the following material from the author’s archives:

S.E. Hinton wrote her first novel, The Outsiders, when she was 16. She was the recipient of the American Library Association’s first Margaret A. Edwards Award, which honors authors “whose books have provided young adults with a window through which they can view their world, and which will help them to grow and to understand themselves and their role in society.” The author lives in Tulsa, Oklahoma. 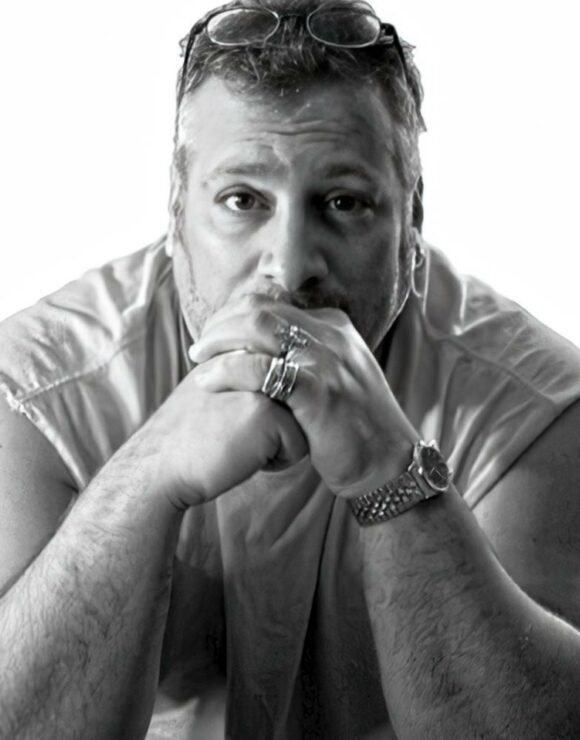 Jeff Echevarria is an artist and designer based out of New Jersey. He works traditionally, his primary medium being charcoal and graphite powder and Panpastels. A graduate from Spectrum Institute for The Advertising Arts, Jeff’s art has been seen in the book Infected by Art and at the Enchanted: A History of Fantasy Illustration exhibition at the Norman Rockwell Museum.

A Matching Pre-Order email is sent to owners of our previous publication, Slaughterhouse-Five at 9:00 A.M. PT on the day of announcement. If you did not receive the email, contact us here. If your order is not received before the deadline, your designated number or letter will be assigned to the new owner. 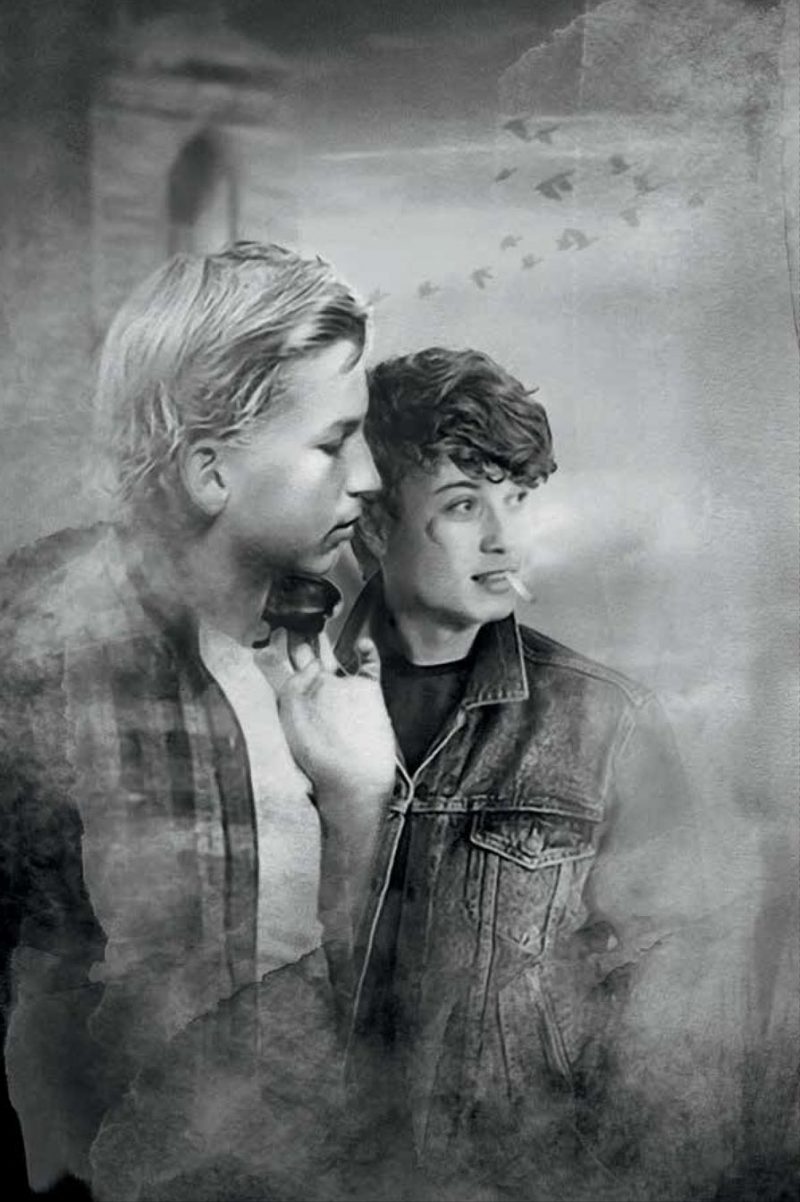 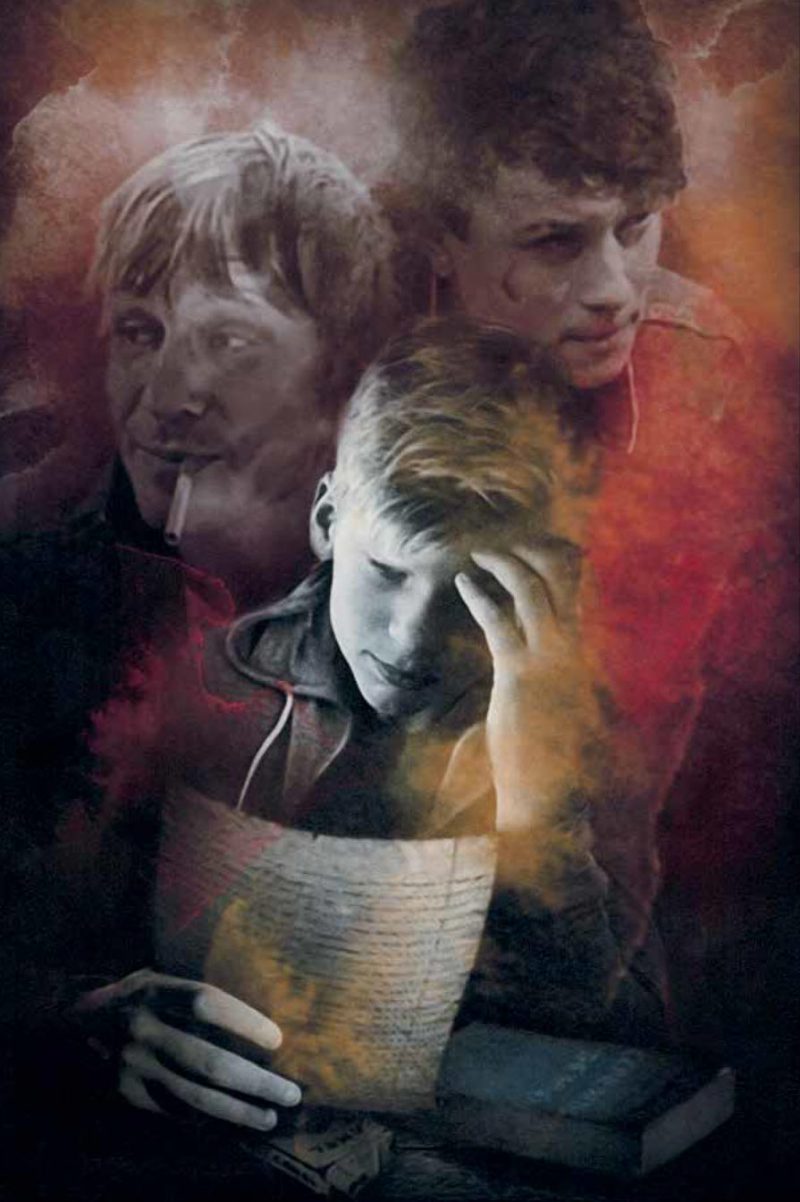 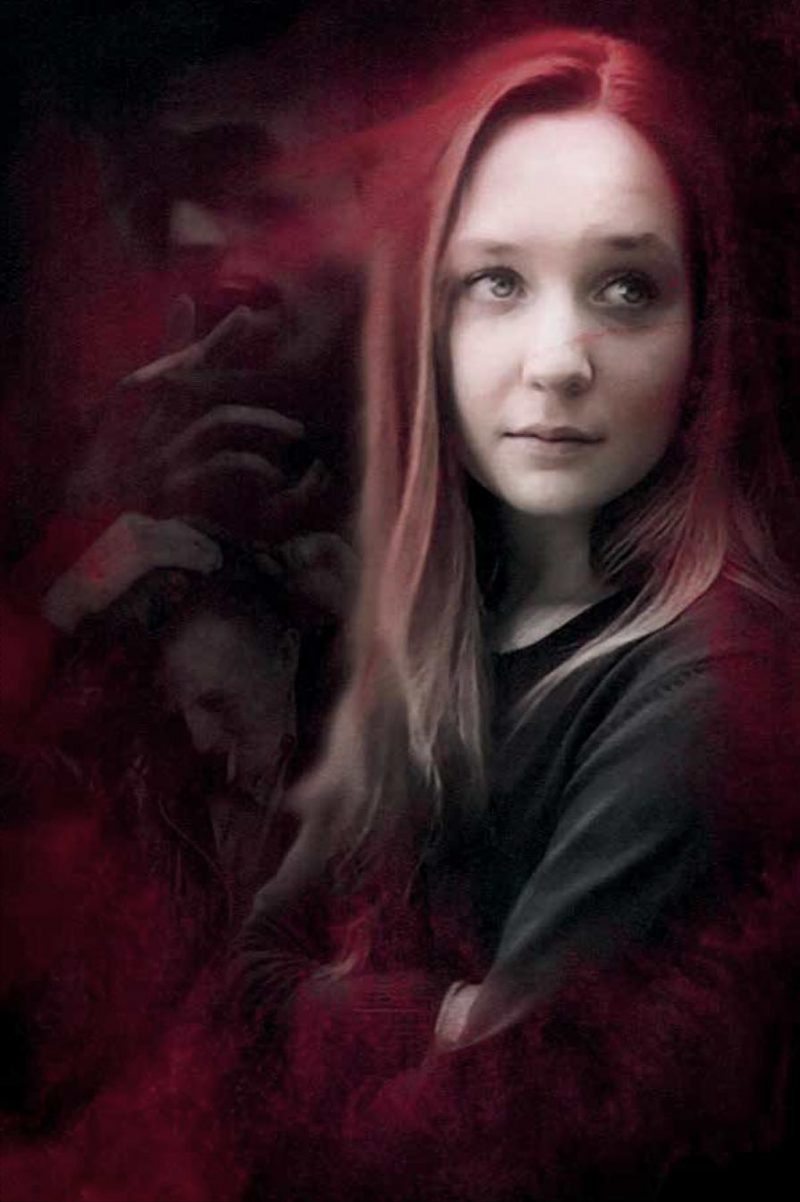 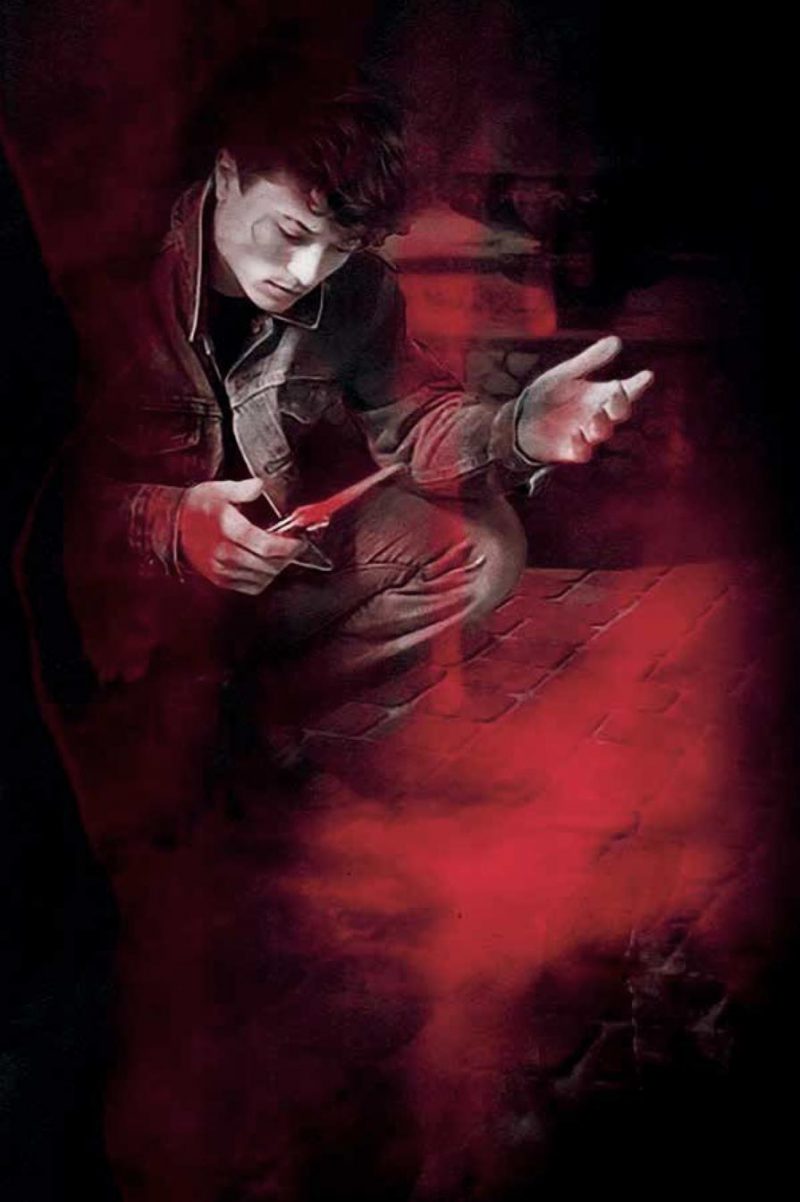