With an afterword by David Seltzer
Illustrated by Juliana Kolesova

A terrifying thriller of supernatural evil, The Omen by David Seltzer is the novelization of his screenplay for the film that spawned one of the most successful horror franchises of all time.

World-renowned diplomat Jeremy Thorn and his wife Katherine have just welcomed the newest member of their family: their beautiful son, Damien. A cherubic boy with fair features, Damien appears to be the picture of innocence, but as he grows, so too do the violent, unexplained incidents, from fatal accidents to suicides. Soon Jeremy and Katherine will learn the horrible truth of the terror that seems to follow their family wherever they go, and which was foretold two thousand years ago.

First published as a Signet paperback in June 1976, David Seltzer’s novelization hit bookshelves two weeks before the movie’s release. While novelizations of screenplays and teleplays had long been a part of the publishing landscape, the art form hit its peak with The Omen when the paperback sold three and a half million copies, an unprecedented achievement at the time, making The Omen one of the bestselling books of the year.

This is the first signed limited edition of The Omen by David Seltzer. Since its initial publication, there have been no bookstore signings, and no signed copies are known to exist. It is presented in three states: Artist, Numbered and Lettered. The editions measure 6” x 9” and feature six full color illustrations by Juliana Kolesova as well as a new exclusive afterword by David Seltzer.

The Artist edition is limited to 750 copies, and is the only edition to feature a wraparound dust jacket illustrated by Juliana Kolesova. It is a smyth sewn, full cloth binding with two-hits foil stamping. Endsheets are embossed Rainbow paper, and the edition is housed in a durable acrylic-coated embossed paper covered slipcase. This edition is signed by the artist. 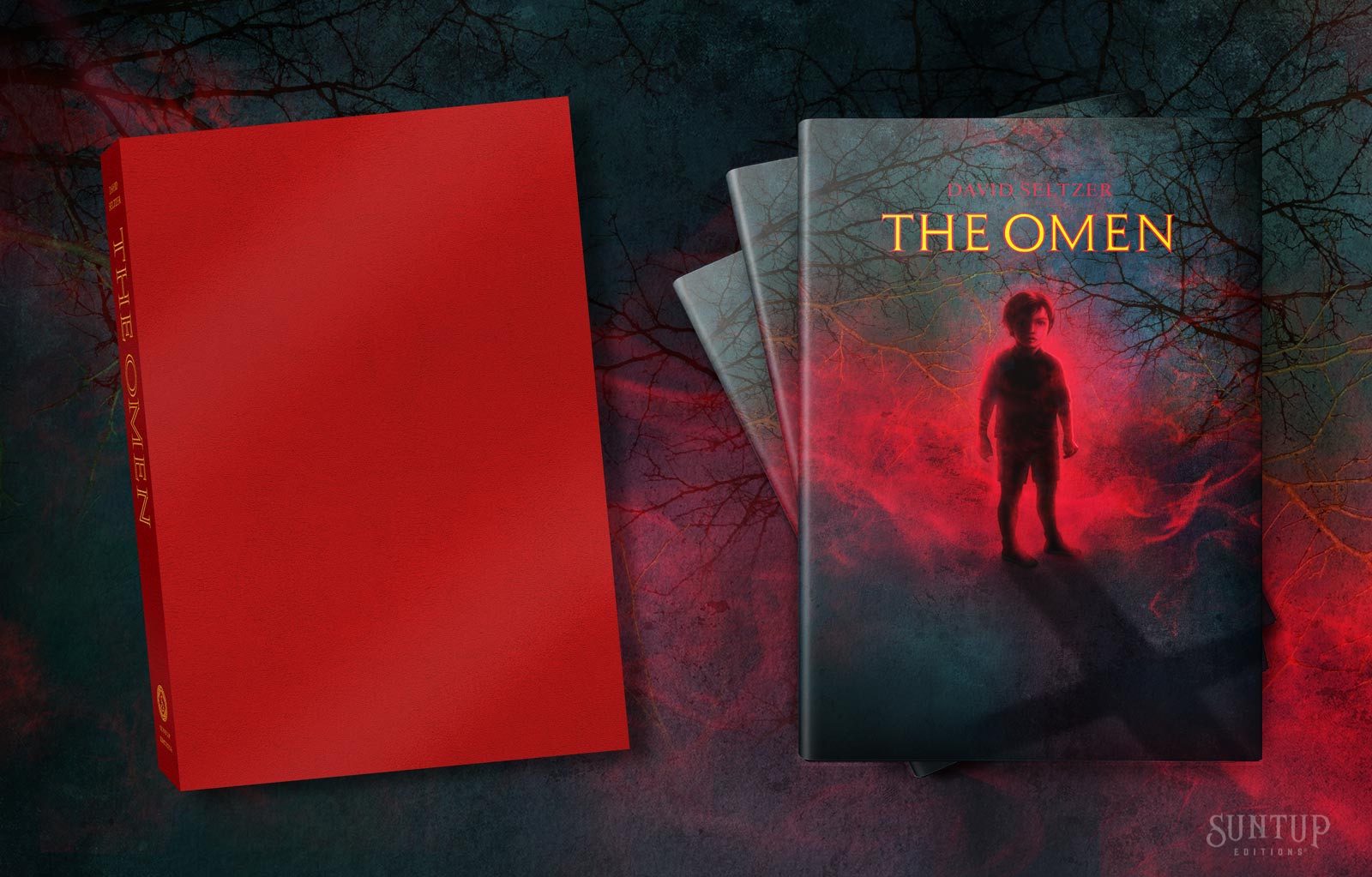 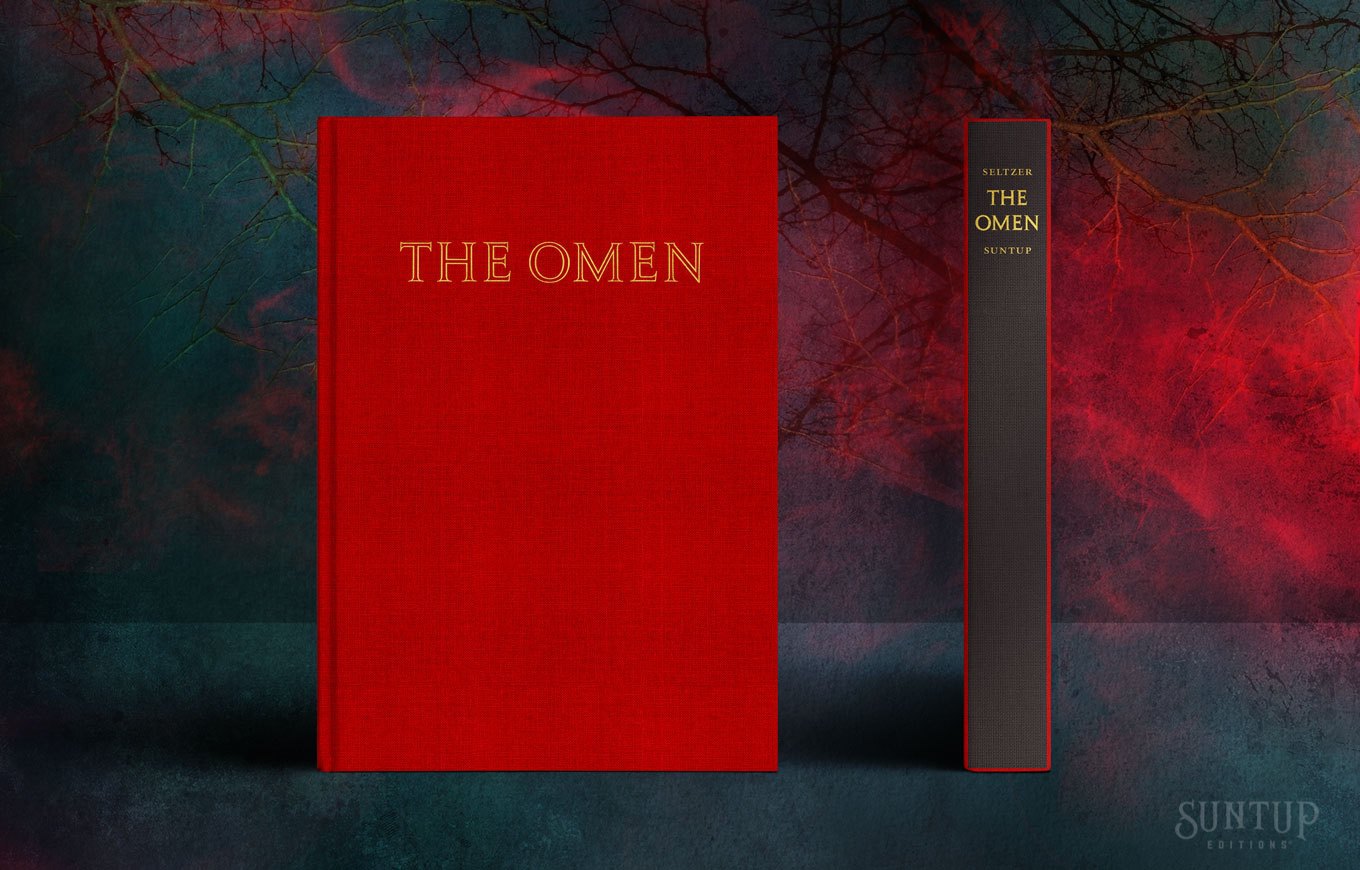 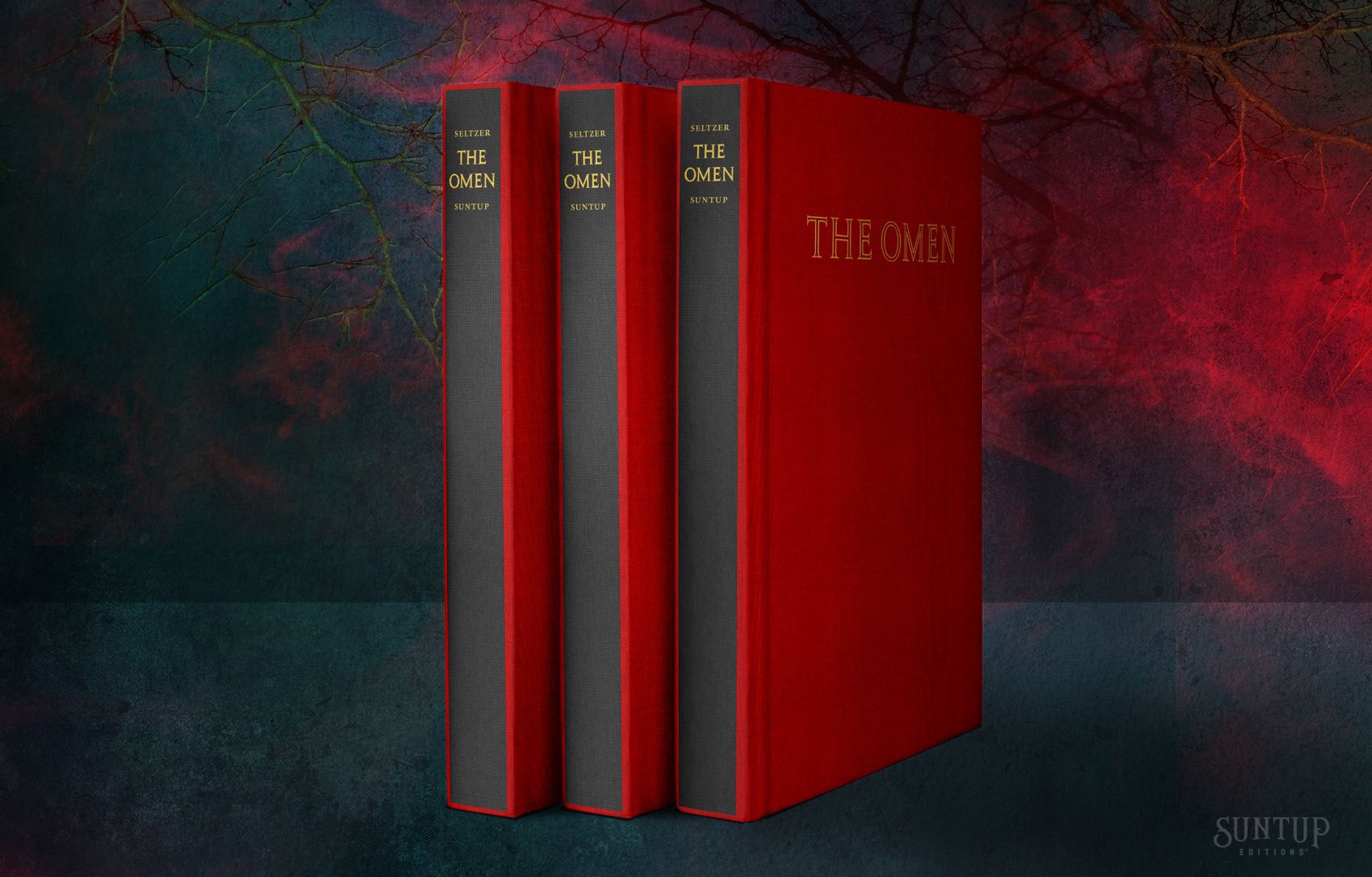 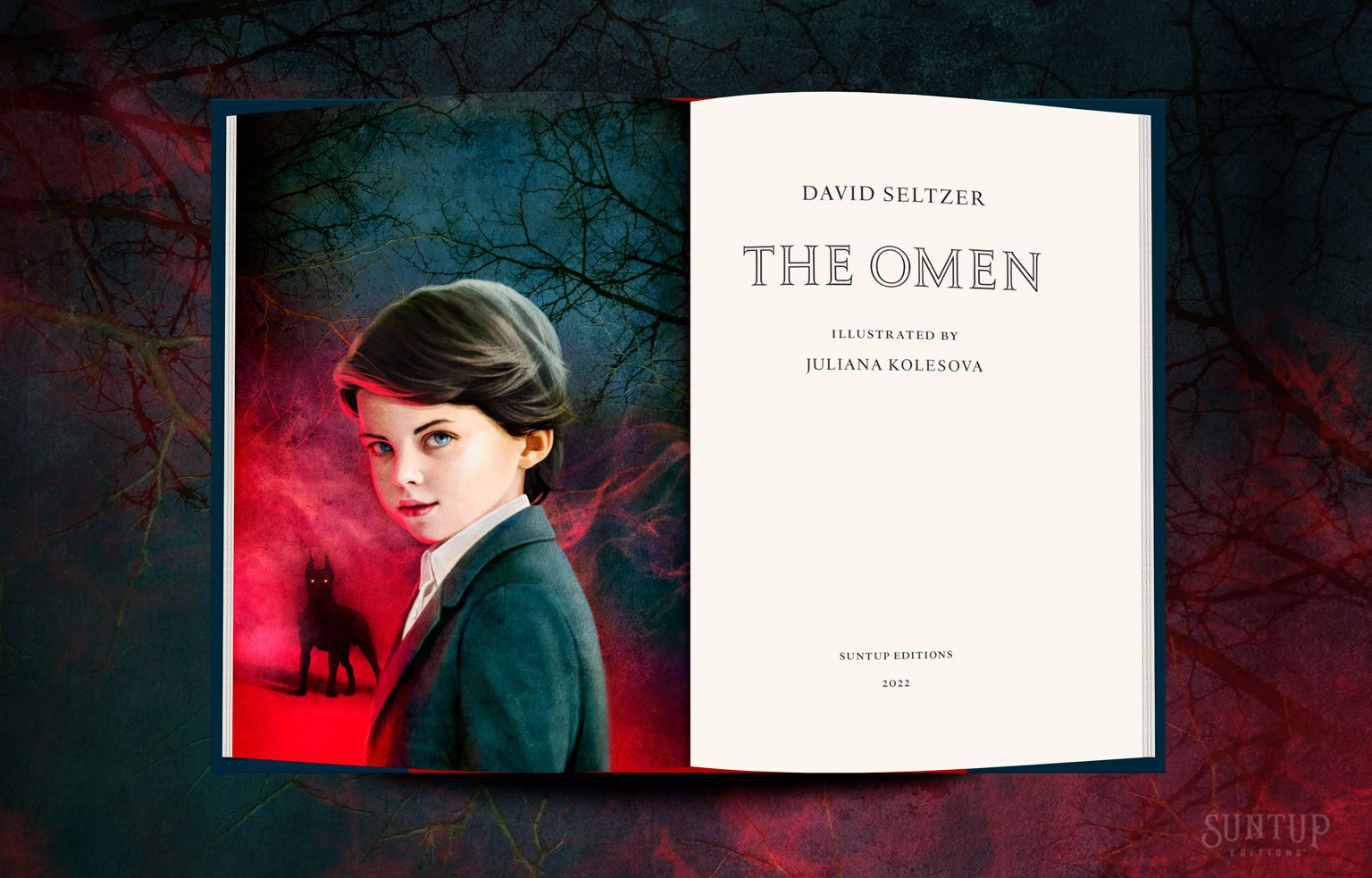 The Numbered edition of 350 copies is a flatback Bradel binding with handmade marbled paper over the front board, and black European cloth covering the spine and back cover. The marbled papers are custom made for this edition in France by Claire Guillot. Cover and spine labels are foil stamped on Hahnemühle Bugra, and the endsheets are black Bugra. The edition is housed in a die-cut slipcase covered with an acrylic-coated embossed paper. This edition is signed by David Seltzer and Juliana Kolesova. 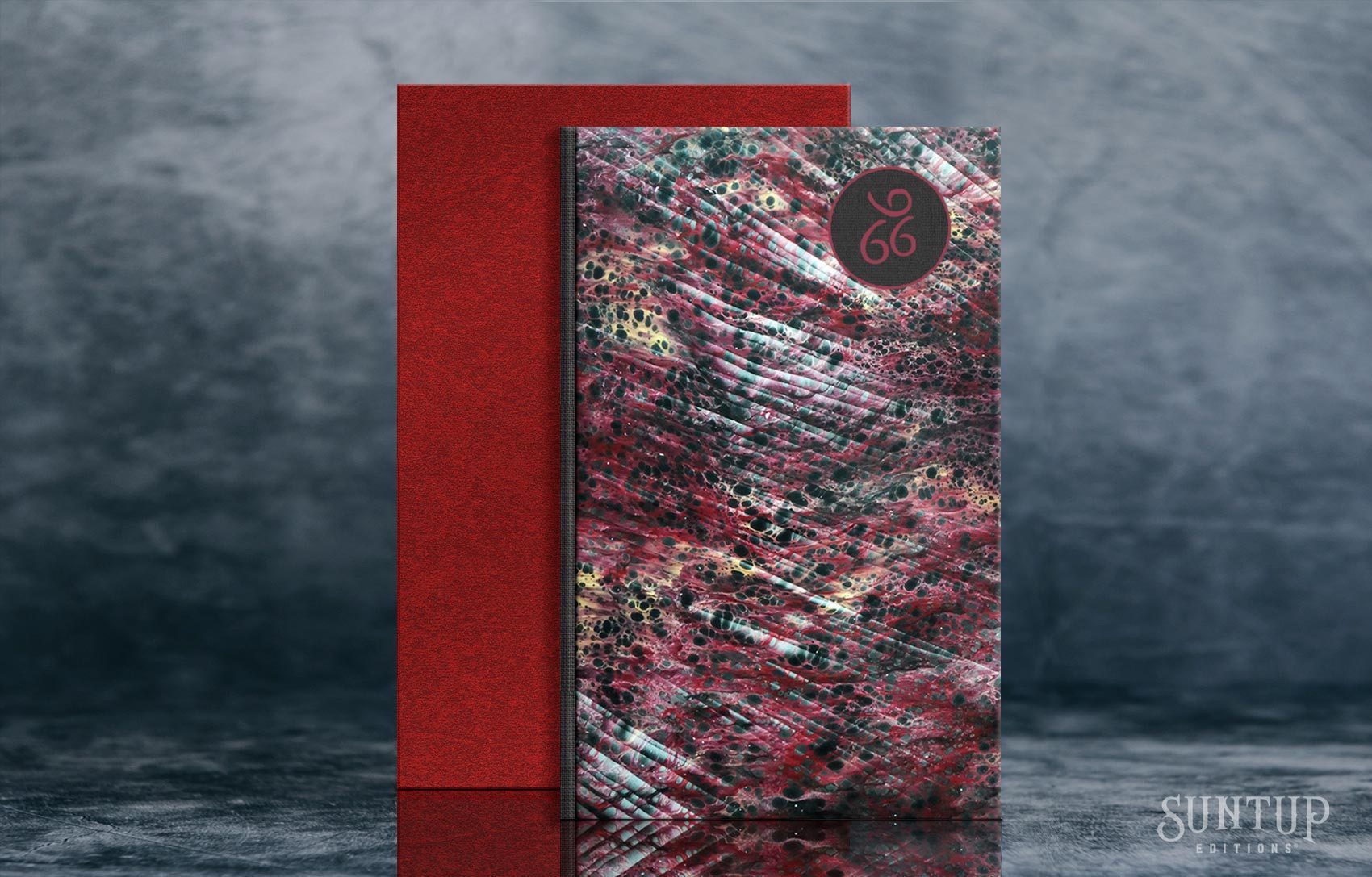 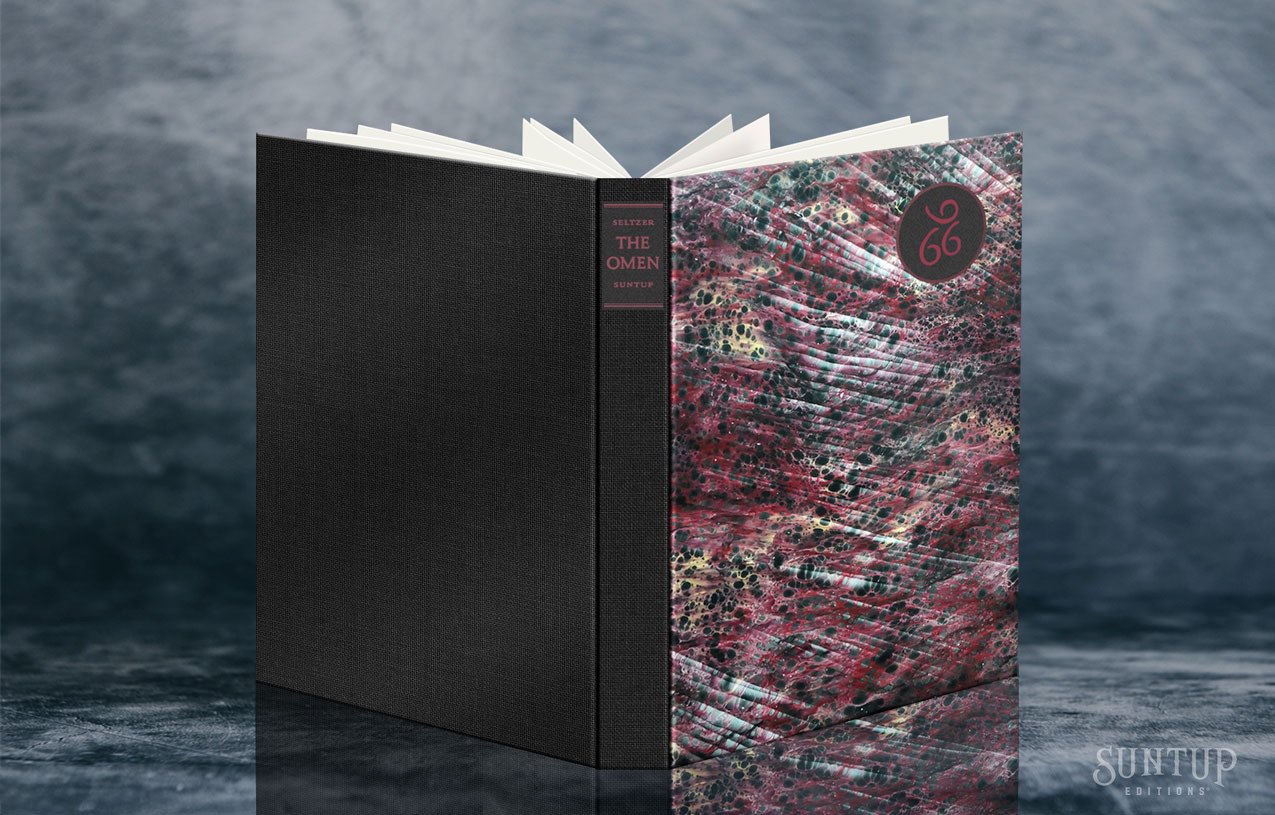 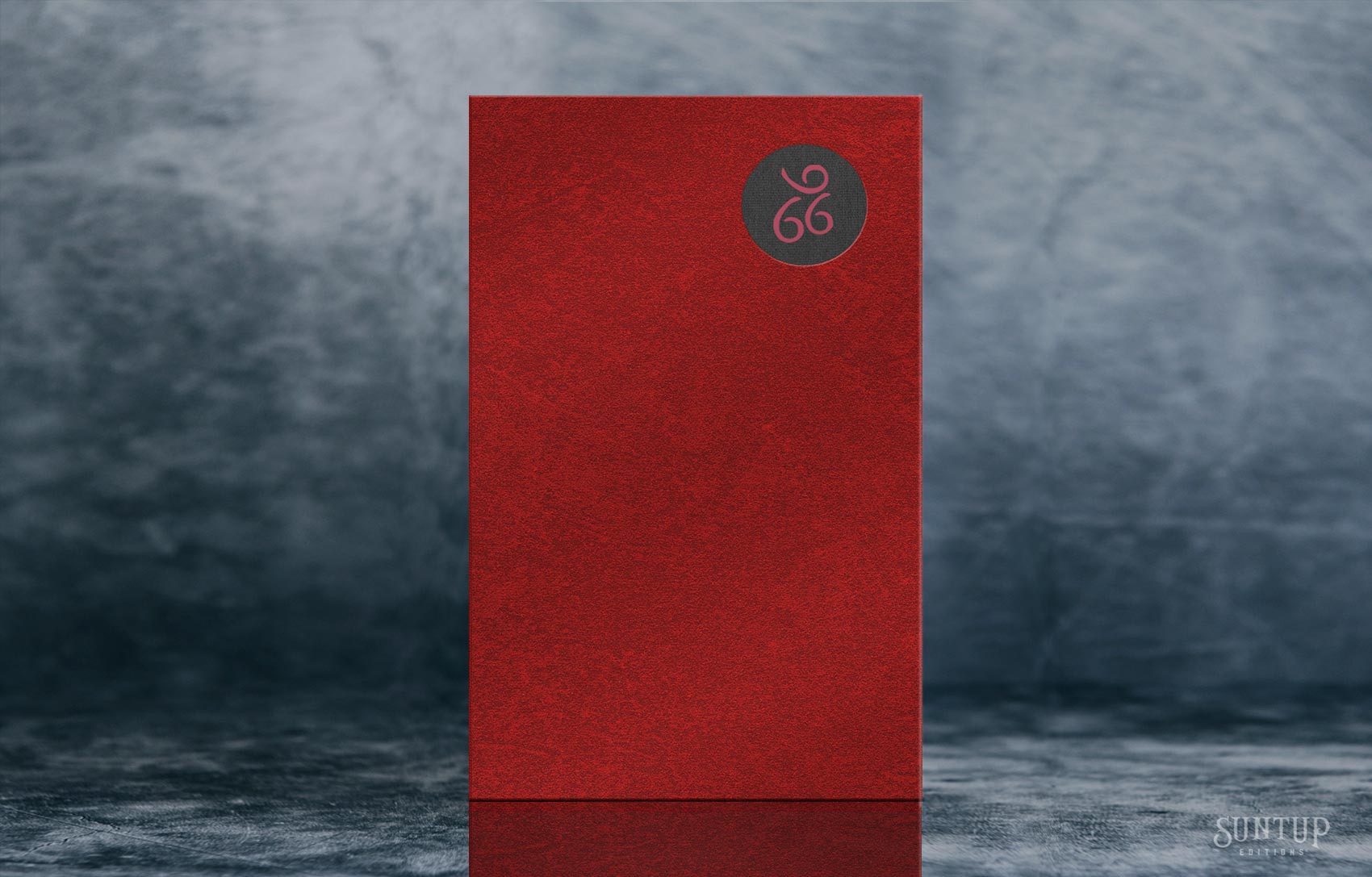 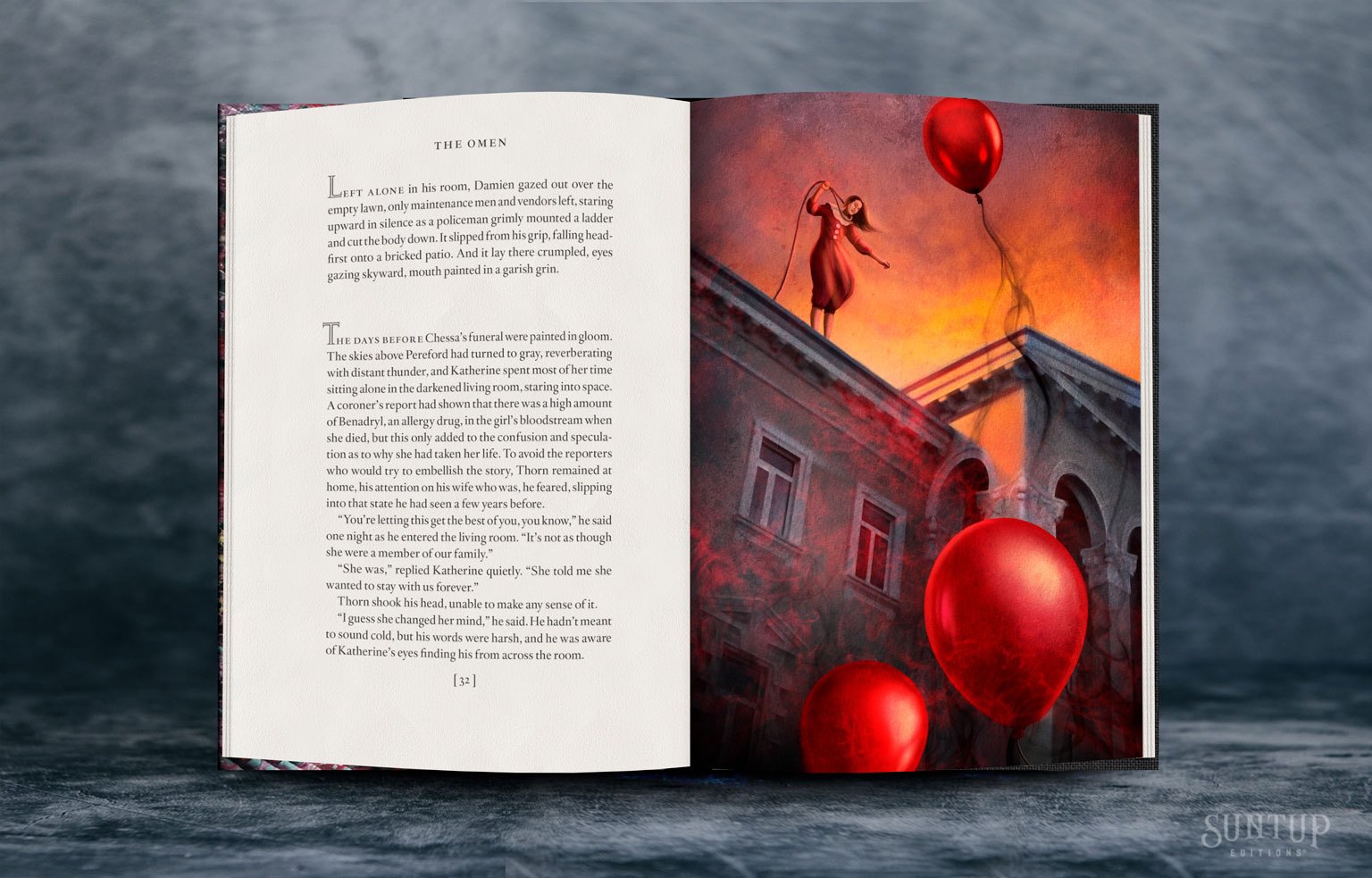 The Lettered edition is limited to 26 copies lettered A—Z and is a full goatskin Bradel binding with a leather onlay on the cover. Endsheets are hand marbled Renato Crepaldi and the edition is housed in a clamshell enclosure covered in European book linen with a crinkled surface and is lined with flocked velour. This edition is signed by David Seltzer and Juliana Kolesova. 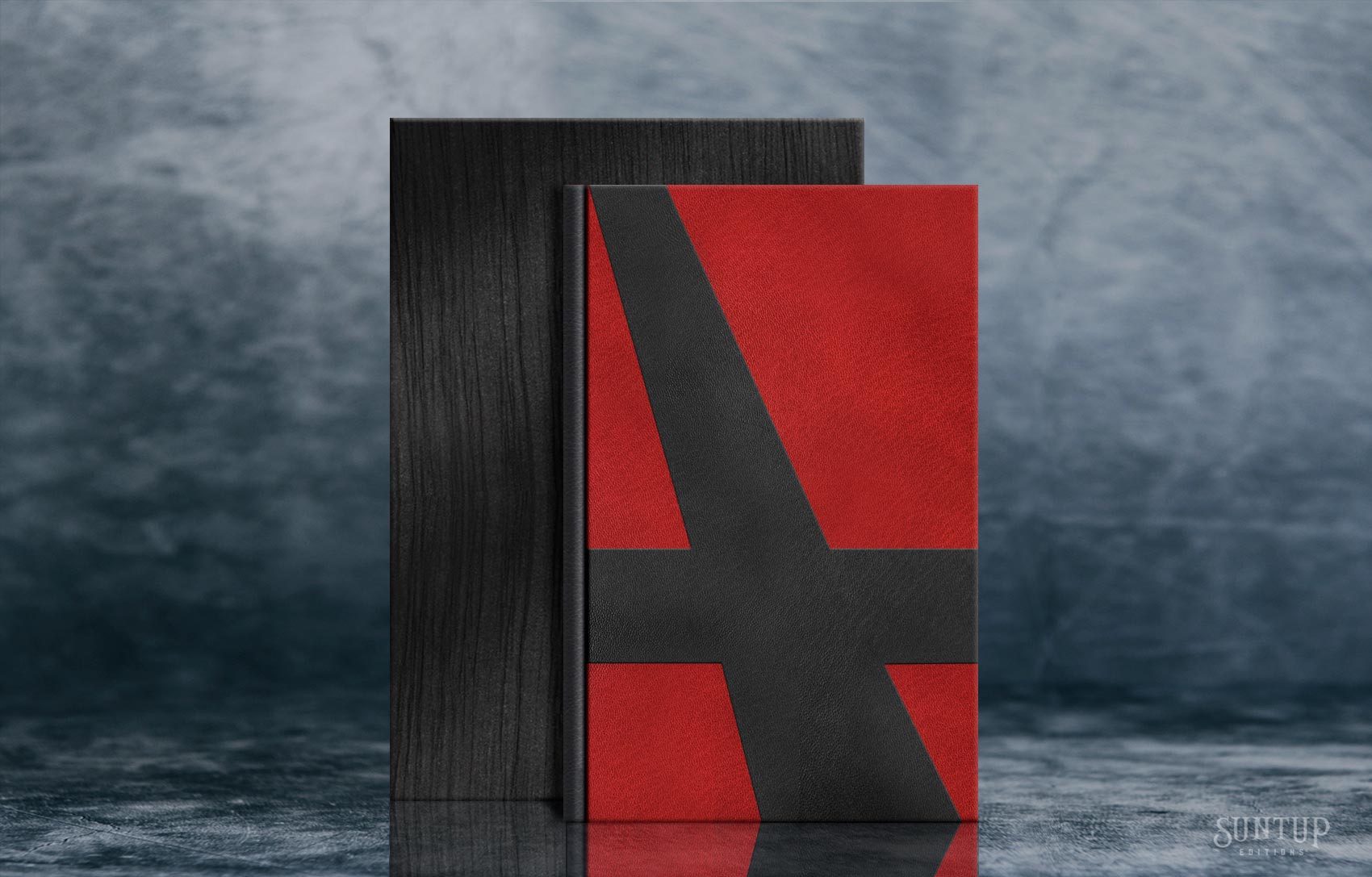 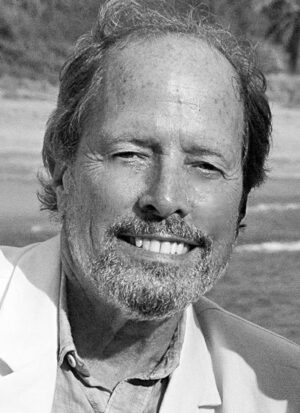 David Seltzer is a screenwriter, director, and producer, whose eclectic body of work, from Willy Wonka to The Omen, has won a number of awards including the Emmy, Peabody, Humanitas, the Grand Prix du Cinéma at Cannes, The Writers Guild, and the Academy Awards. Having made his deal with the devil, he’s still working at the age of 82. 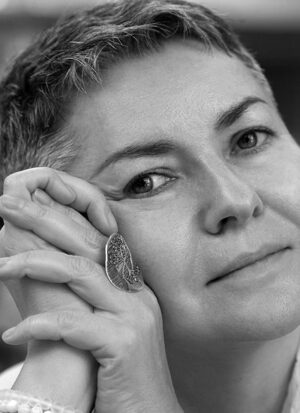 Juliana Kolesova is a Toronto based artist and illustrator. She was born in Kazakhstan and received a Masters in Fine Art and Design from the Moscow School of Applied Arts. Juliana has created nearly a thousand illustrations and book covers for publishers in the USA, Canada and Europe, and her artistic abilities have been recognized through numerous national and international awards for illustrations and photography.

A Matching Pre-Order email is sent to owners of our previous publication, Hannibal at 9:00 A.M. PT on the day of announcement. If you did not receive the email, contact us here. If your order is not received before the deadline, your designated number or letter will be assigned to the new owner. 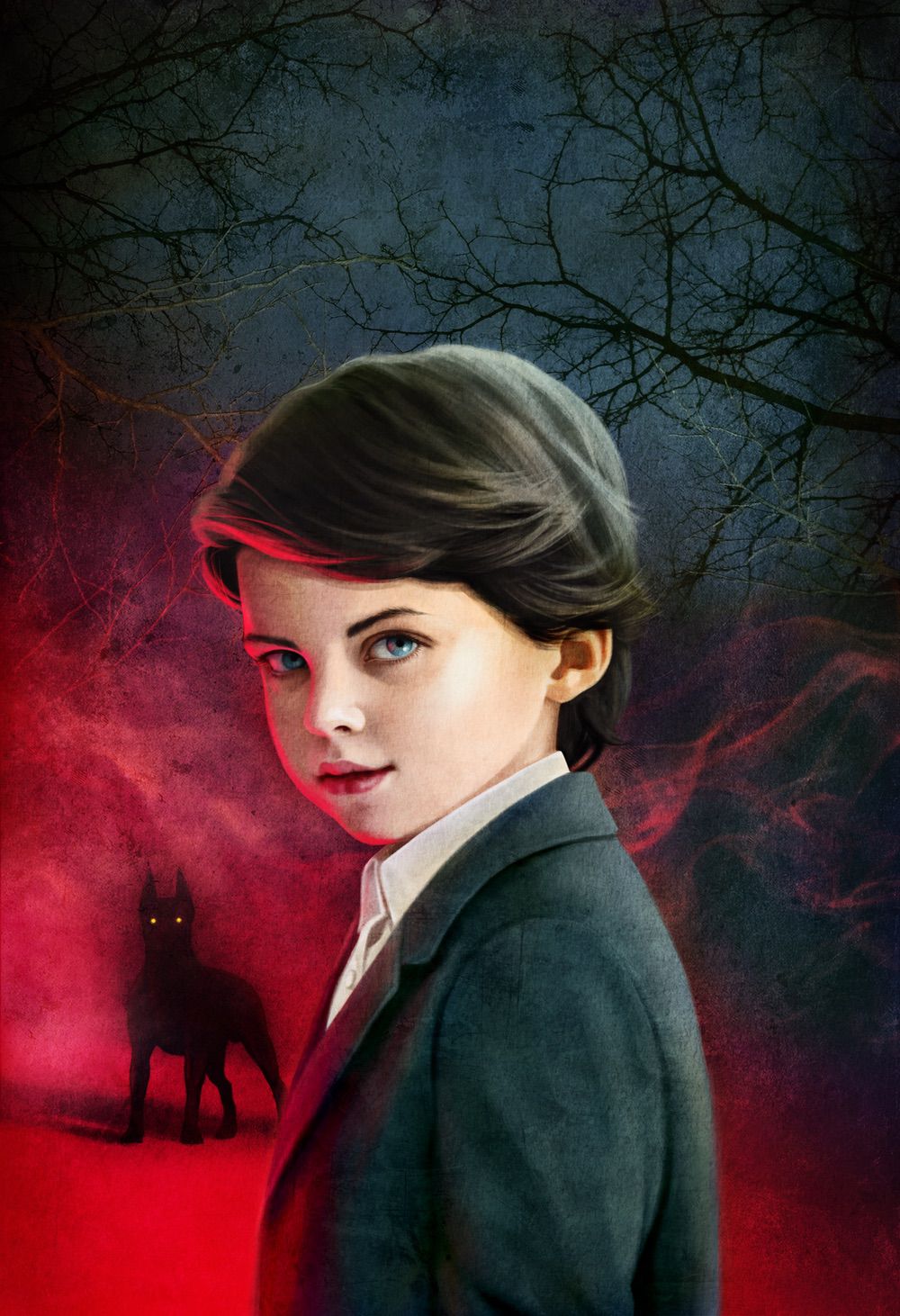 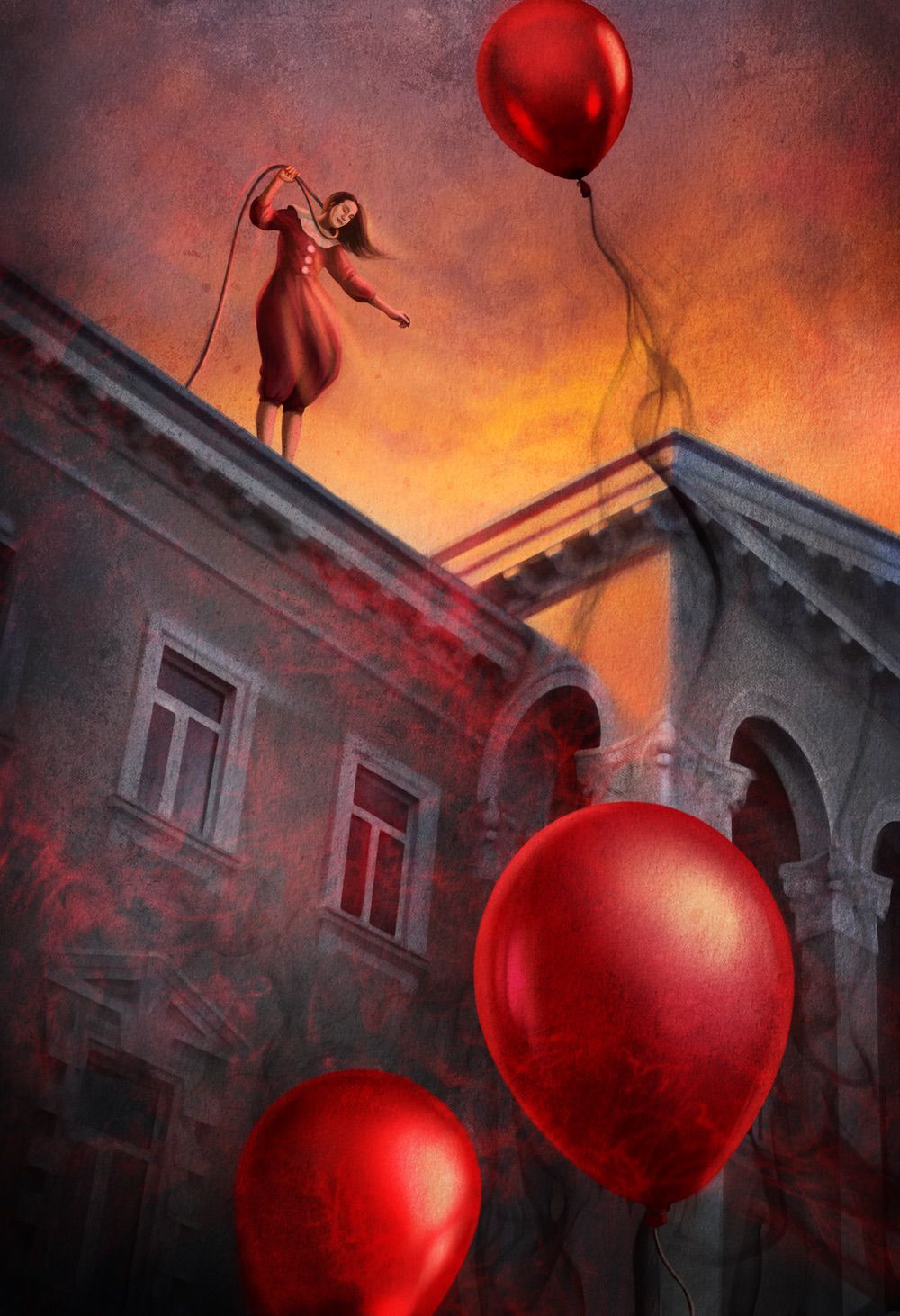 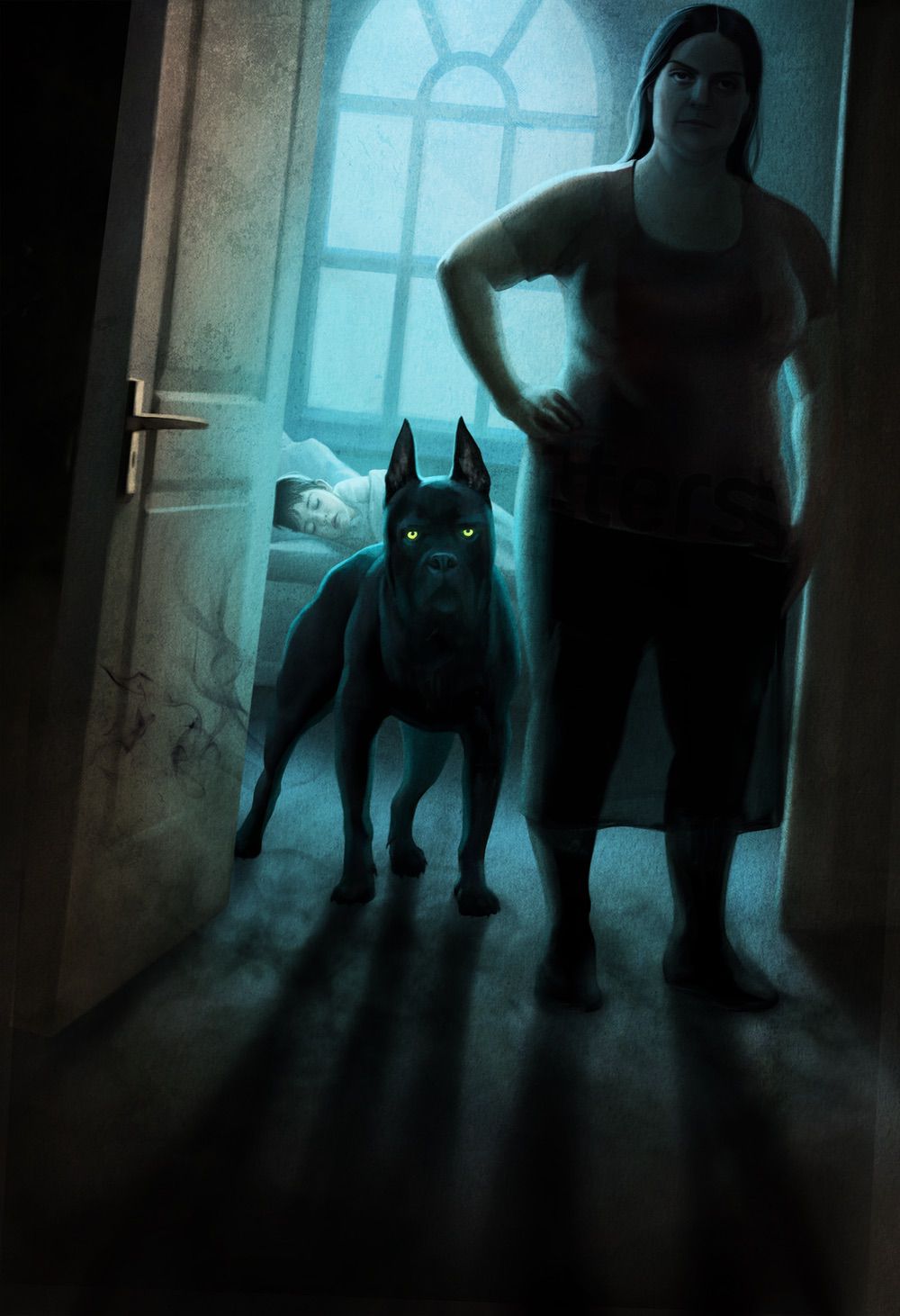 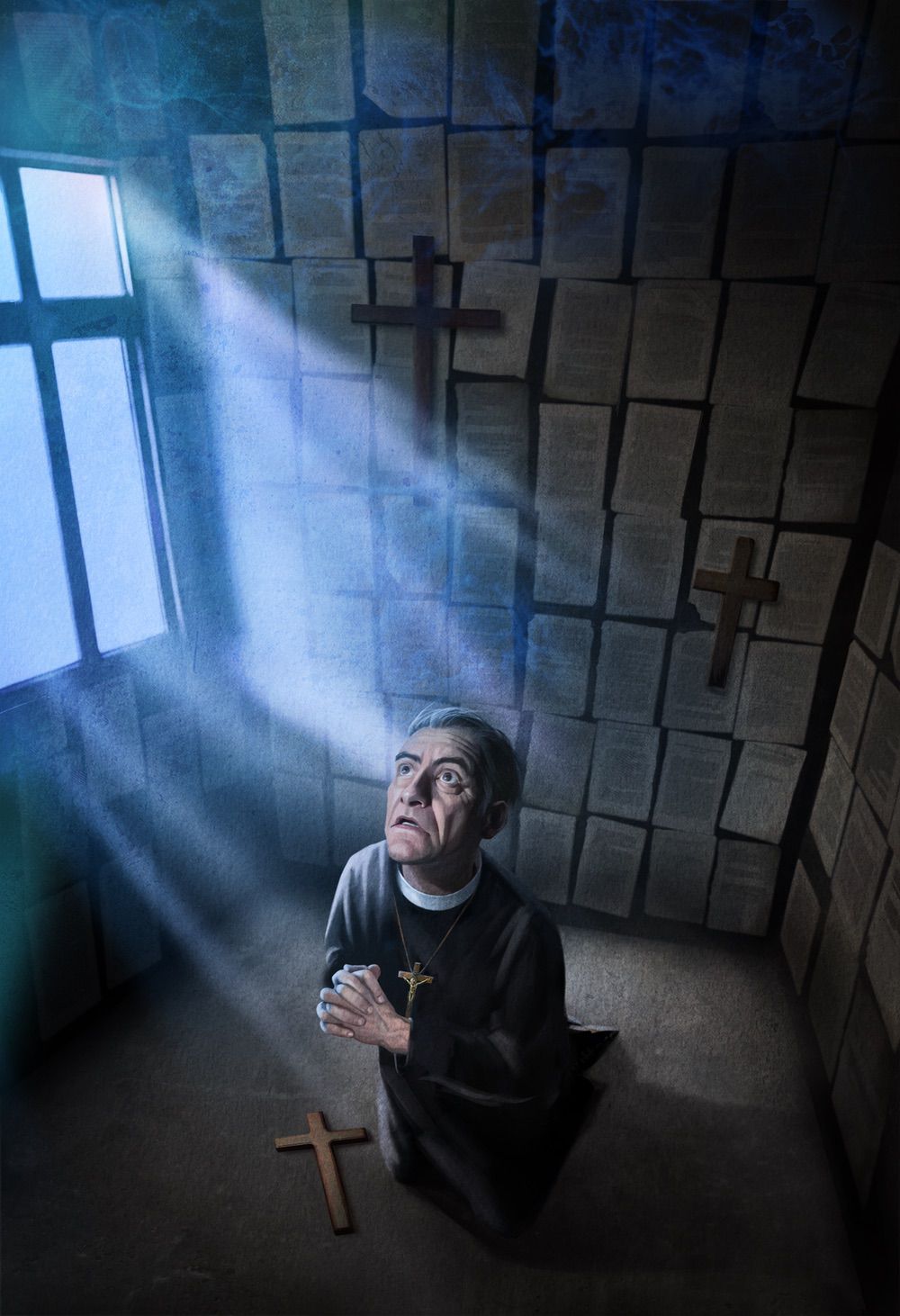 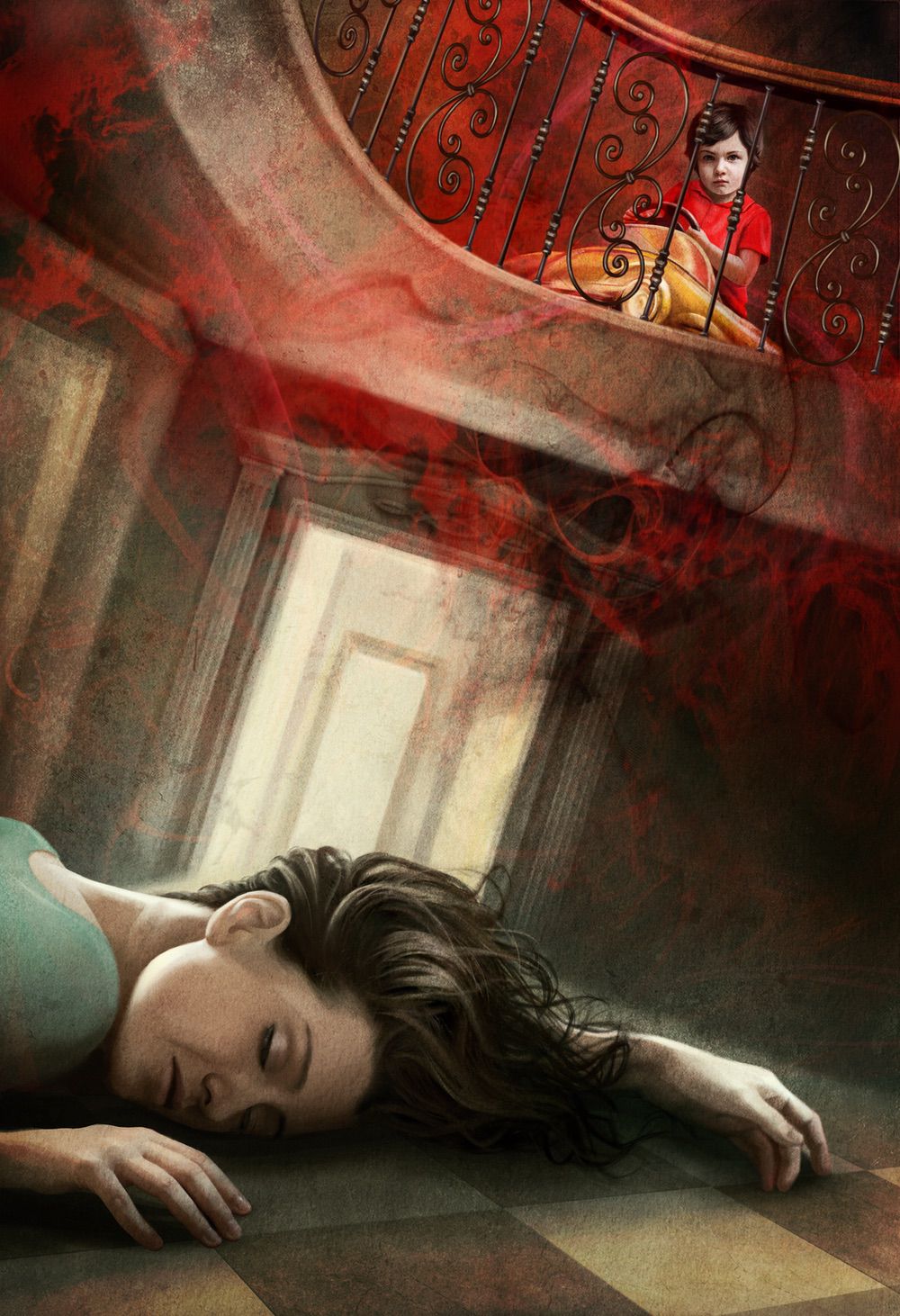 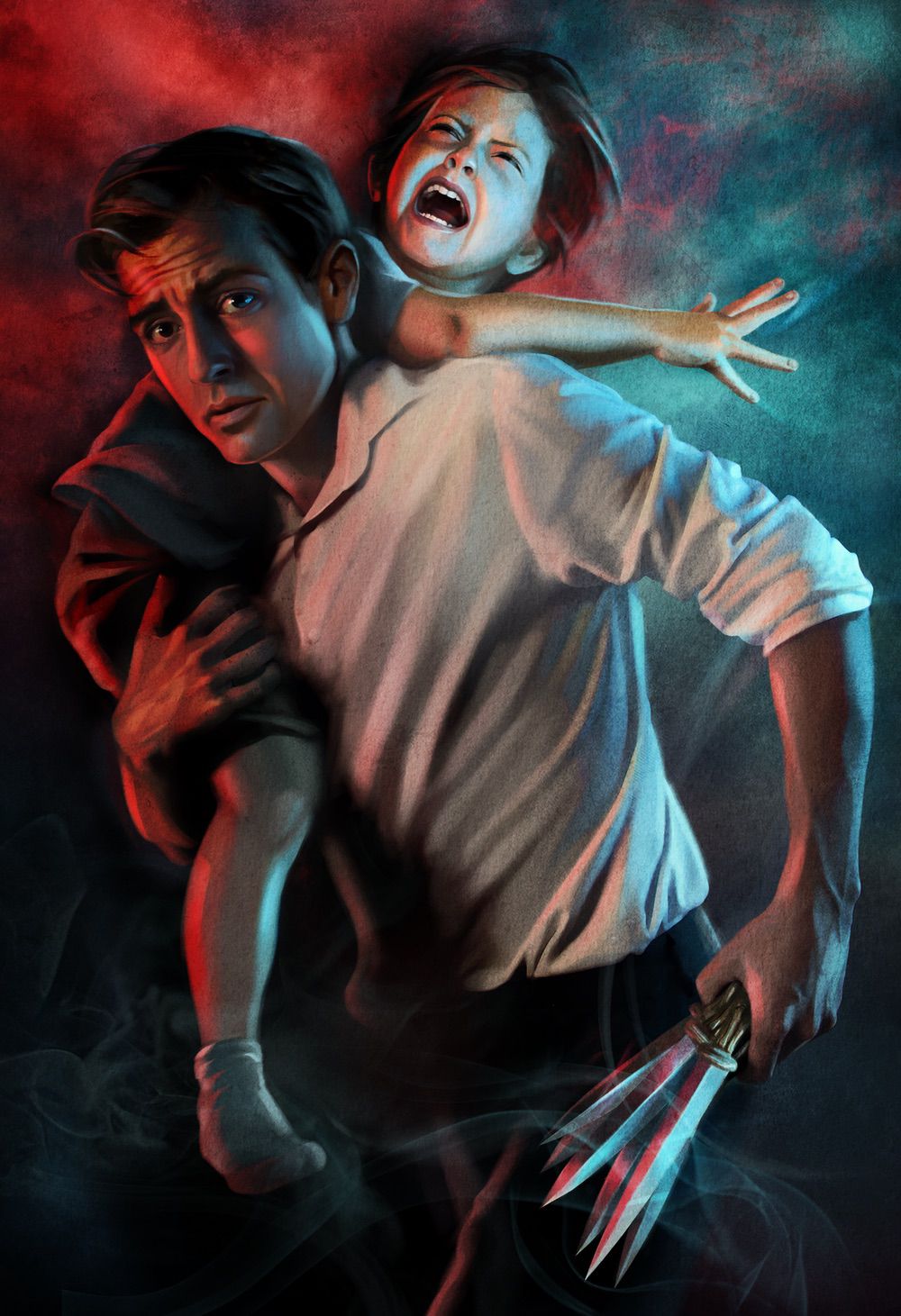 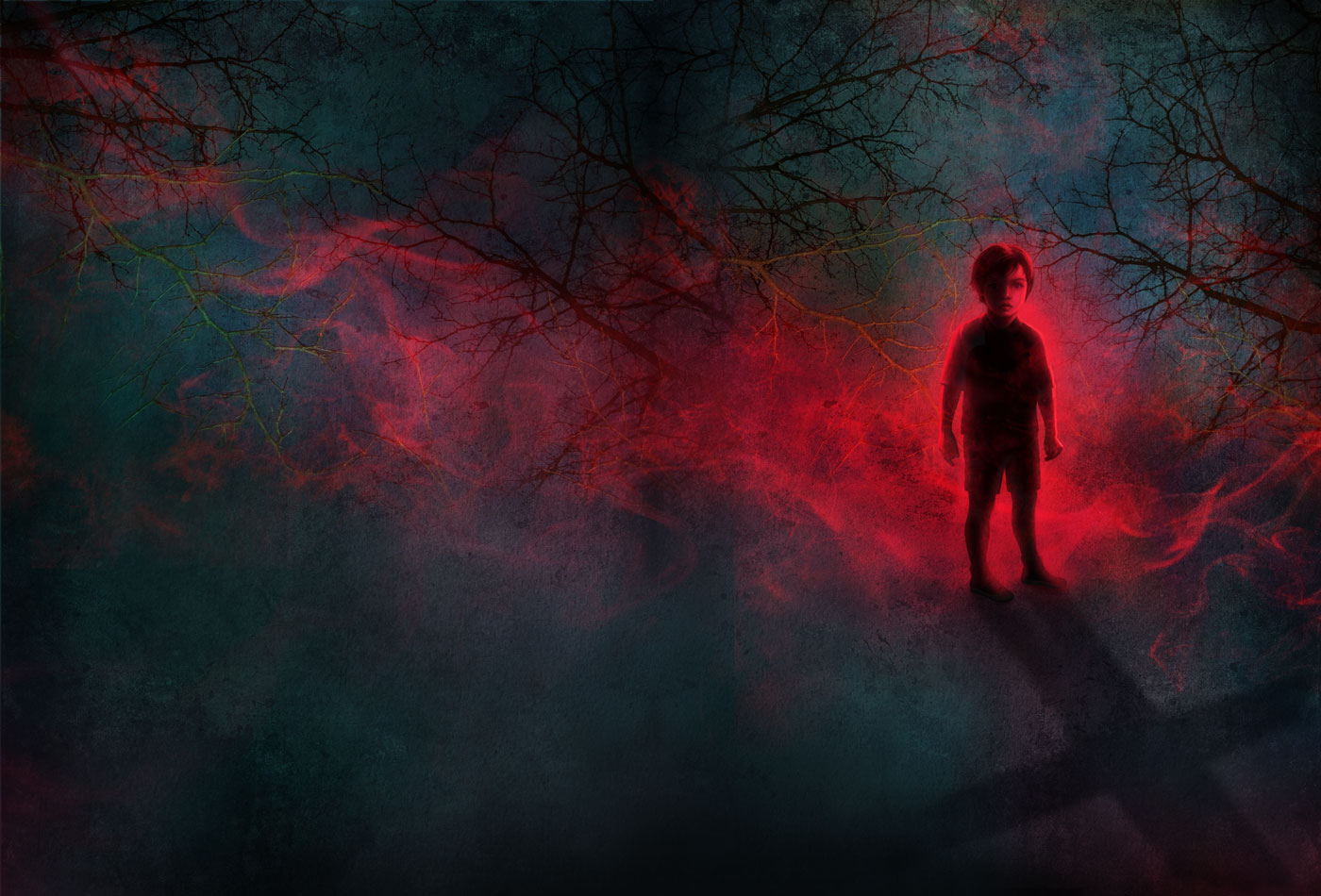 Published editions may differ slightly from mockups and prototype designs.
Illustrations © 2022 by Juliana Kolesova
* Financing is offerd by Affirm for our customers in the USA. Customers ourside the USA may use Partial.ly. Select Affirm or Partial.ly at checkout. Learn more here.