The Invisible Man by H.G. Wells

With a New Introduction by Christopher Priest
Illustrations by Florian Bertmer

Described by H.G. Wells as “a grotesque romance,” The Invisible Man remains as remarkable and relevant today as it was upon its publication over a hundred years ago. Originally serialized in Pearson’s Weekly in 1897, The Invisible Man arrived on the heels of The Time Machine and The Island of Doctor Moreau, serving to cement H.G. Wells as the grandfather of science-fiction literature.

The story begins on a bitter winter evening, when a mysterious stranger arrives in the remote English village of Iping, his face swaddled in bandages. The stranger is Griffin, a scientist who has discovered the secret to invisibility, but cannot find a way to reverse it. Freed from the constraints of physicality and rejected by a society that fears him, Griffin descends into madness, violence, and brutality. The Invisible Man is as insightful as it is disturbing, exploring the question of morality when one is free to do as they please without risk of being caught.

“And I beheld, unclouded by doubt, a magnificent vision of all that invisibility might mean to a man—the mystery, the power, the freedom. Drawbacks I saw none.” — H.G. Wells, The Invisible Man

The Invisible Man is the second in a three-book set of H.G. Wells novels. Originality was Wells’s calling card. The author’s ability to, as historian John Higgs notes “create wholly original stories out of thin air” culminated in a three-year span in which he published three of his most influential works; what Wells referred to as “scientific romance novels.” The Time Machine, followed by The Invisible Man and The War of the Worlds are editions uniquely crafted and designed to breathe new life into some of the greatest stories ever told. Additionally, each book includes special curated bonus material to create a truly unique set of these beloved novels.

This edition of The Invisible Man by H.G. Wells is limited to two hundred & seventy-six copies, and is presented in two states: Lettered and Numbered. The edition measures 6” x 9” and includes six ink illustrations by Florian Bertmer, as well as an exclusive introduction by Christopher Priest.

Illustrations and text are printed letterpress on a hand-fed Vandercook Cylinder Press, and the editions are signed by Christopher Priest and Florian Bertmer.

The lettered edition is a full goatskin binding with raised bands and a leather spine label. The cover is stamped with gold foil, and endsheets are hand-marbled in the U.K. Printed letterpress on Stonehenge cotton paper, the edition is limited to 26 copies lettered A-Z and is housed in a quarter leather clamshell case with cloth boards. 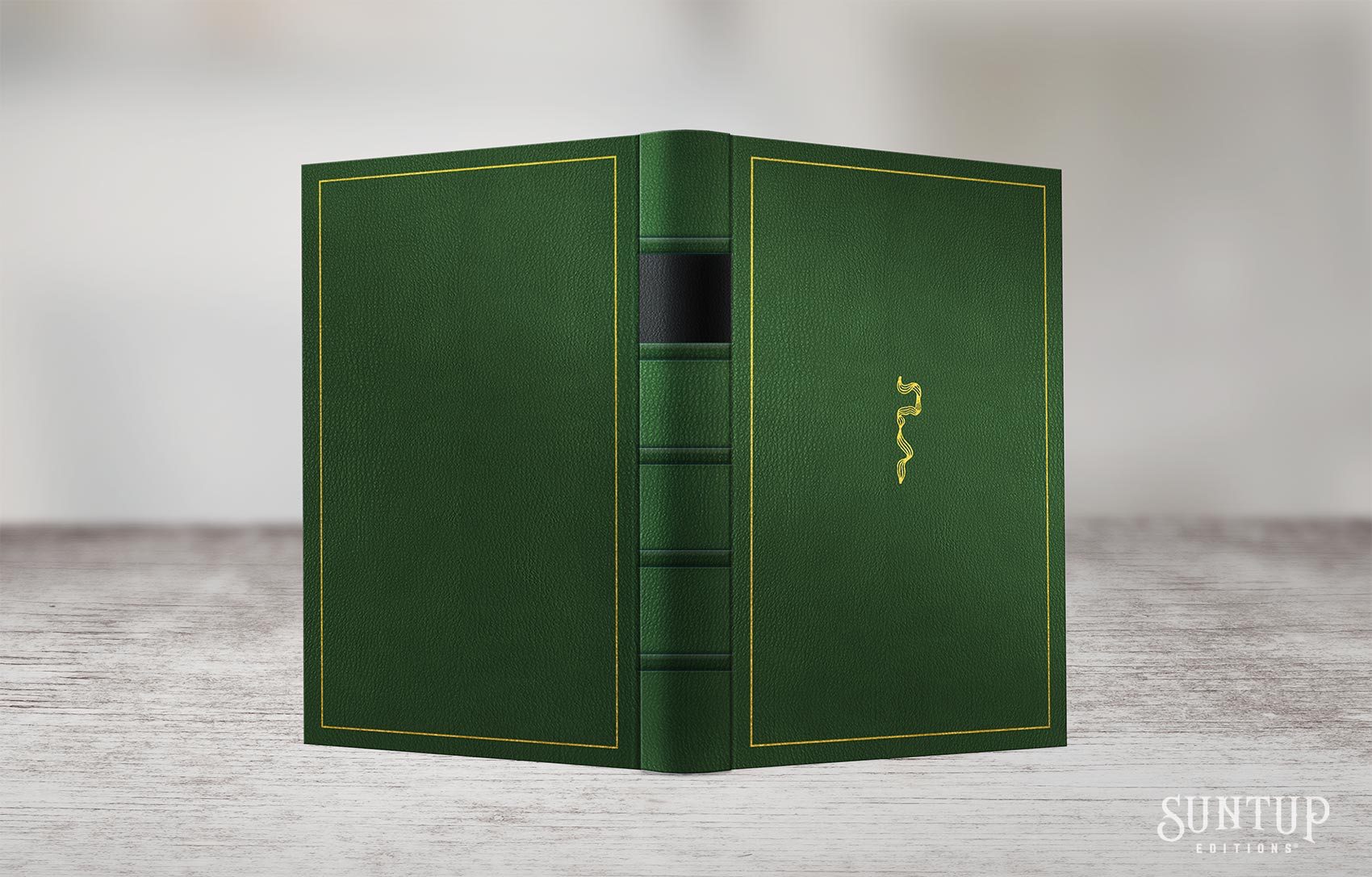 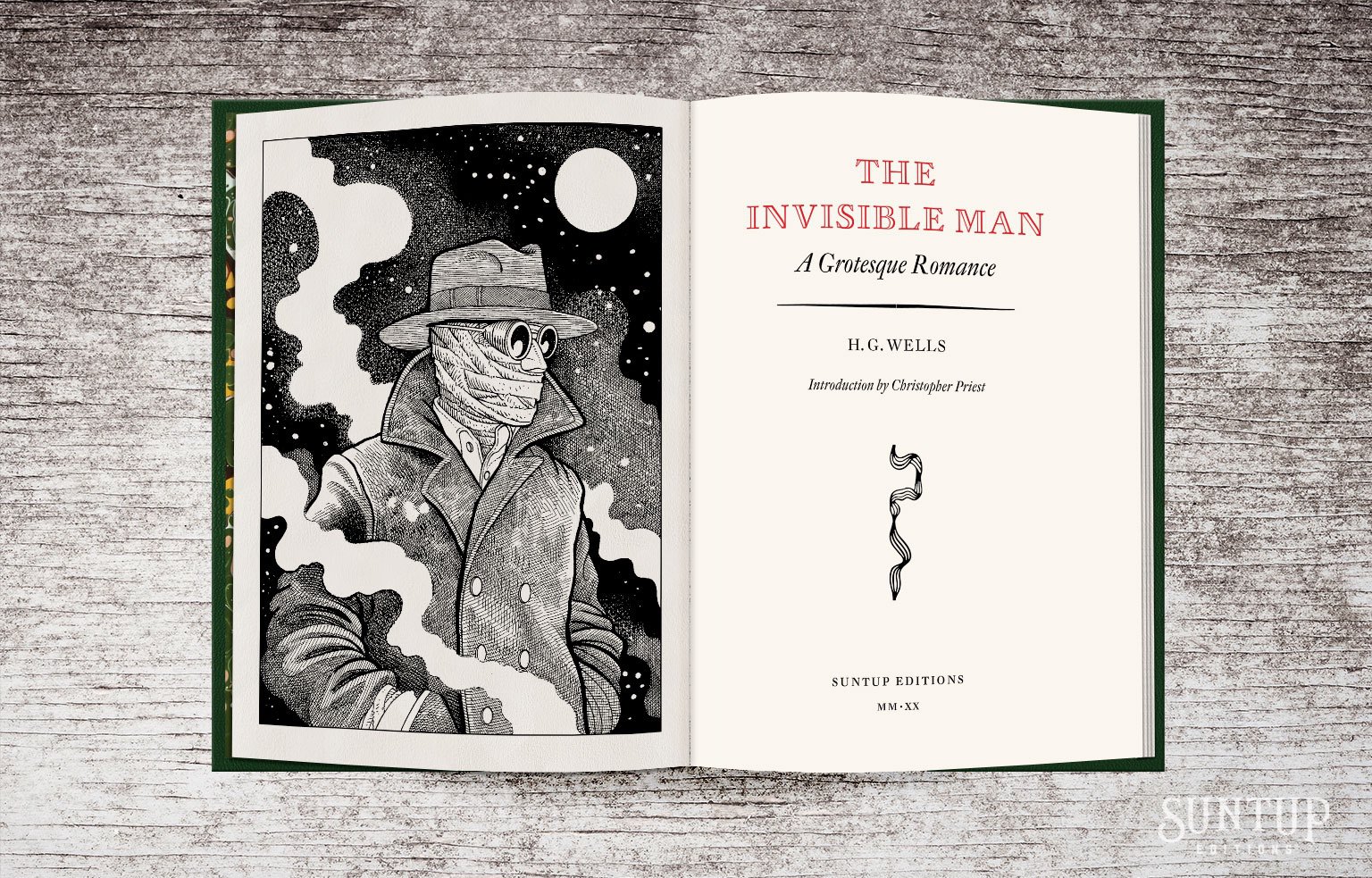 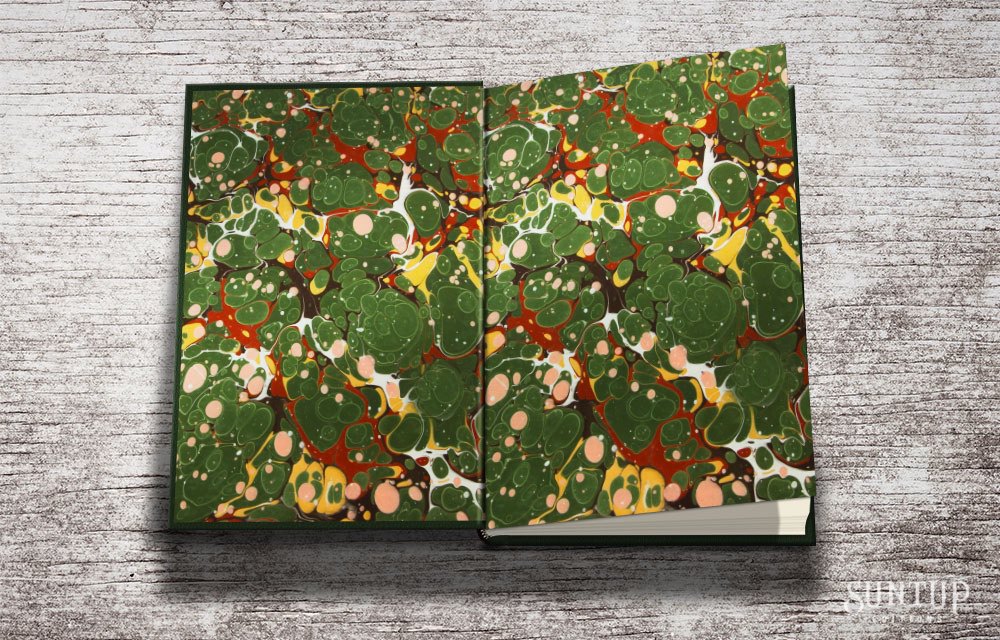 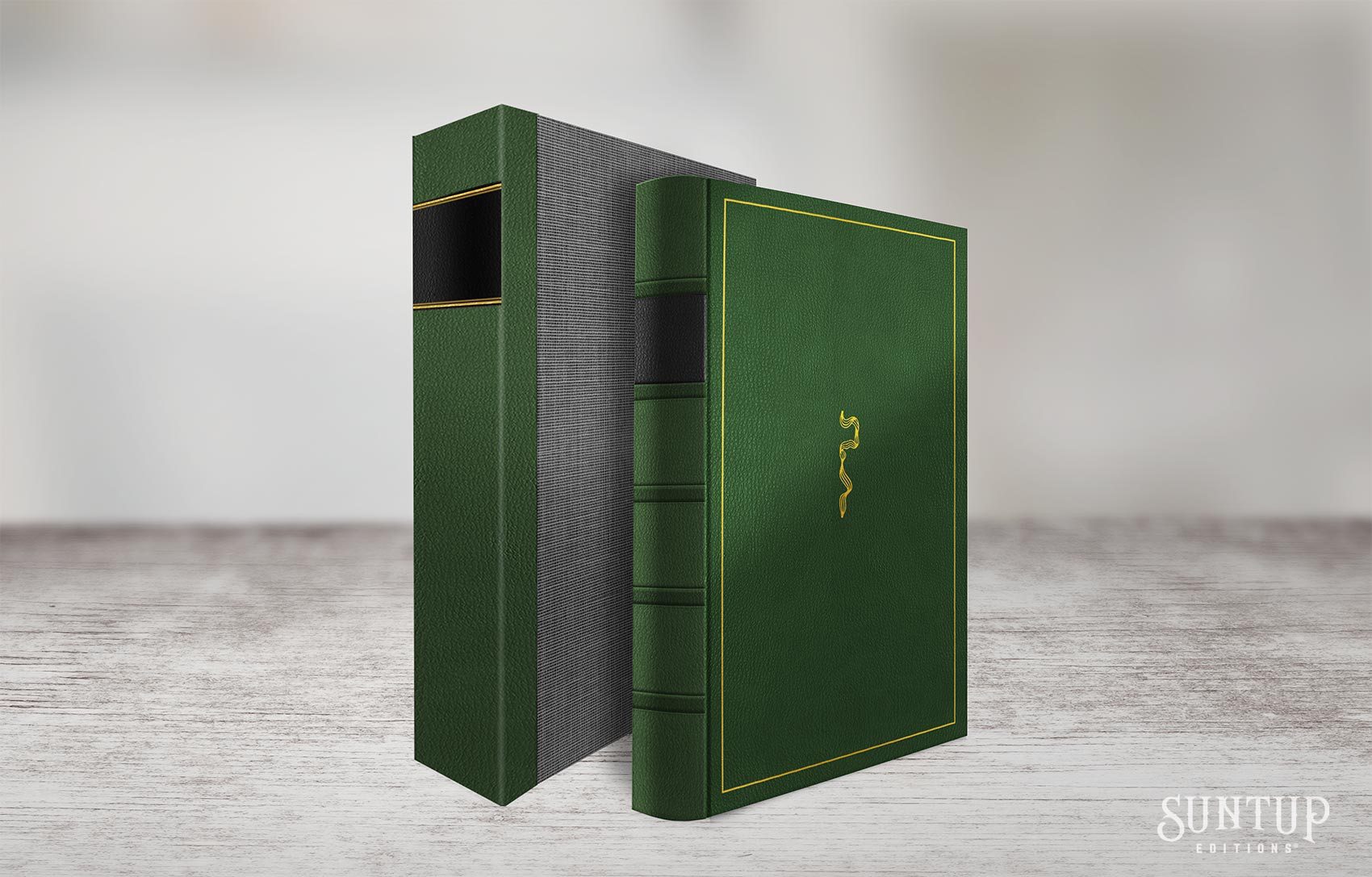 The Numbered edition is a quarter cloth binding with custom designed paper boards, which are printed letterpress. The spine is covered in a two-toned cloth and endsheets are Hahnemühle Ingress. The edition is housed in a paper covered slipcase and is limited to 250 copies. 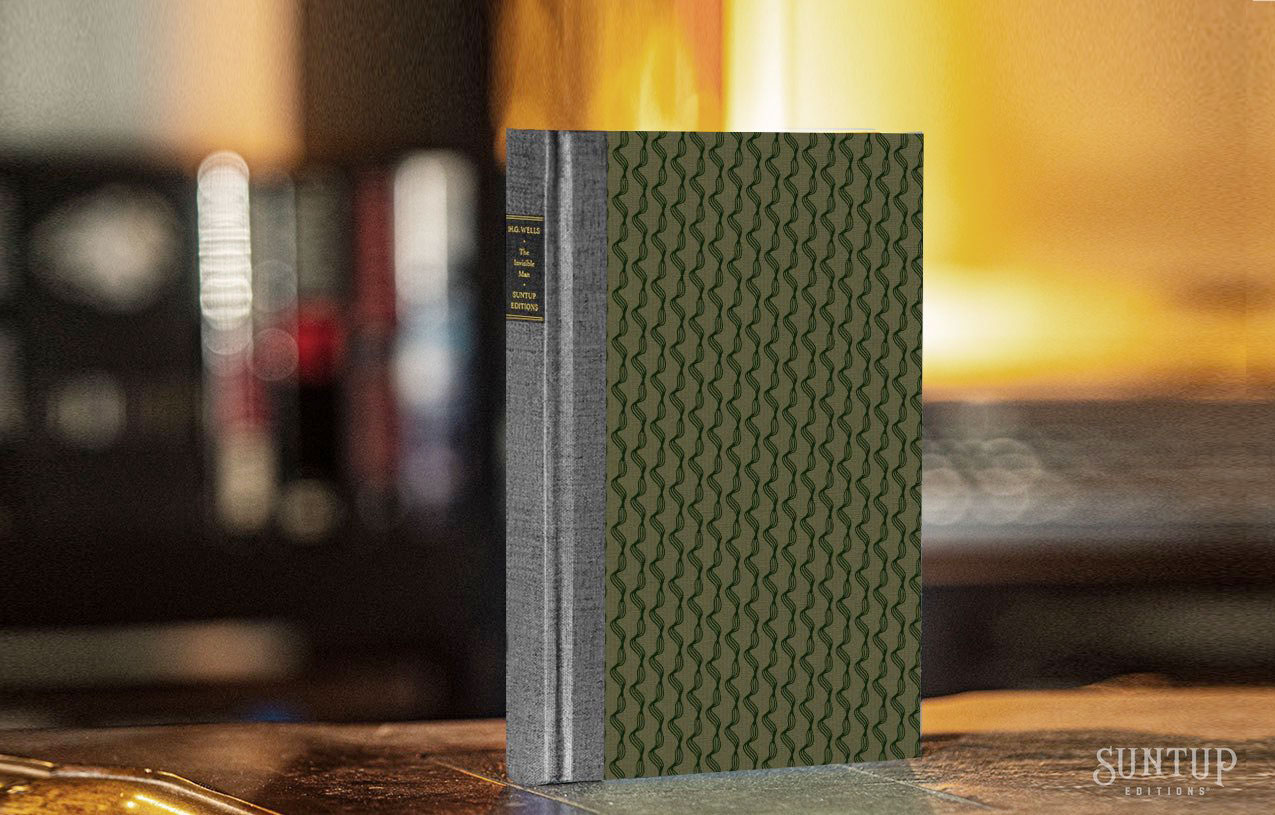 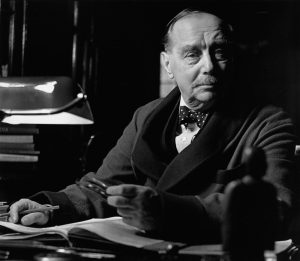 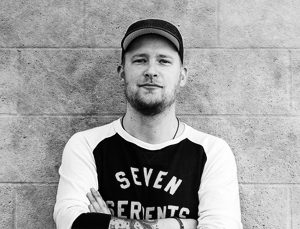 Artwork From The Invisible Man
By Florian Bertmer 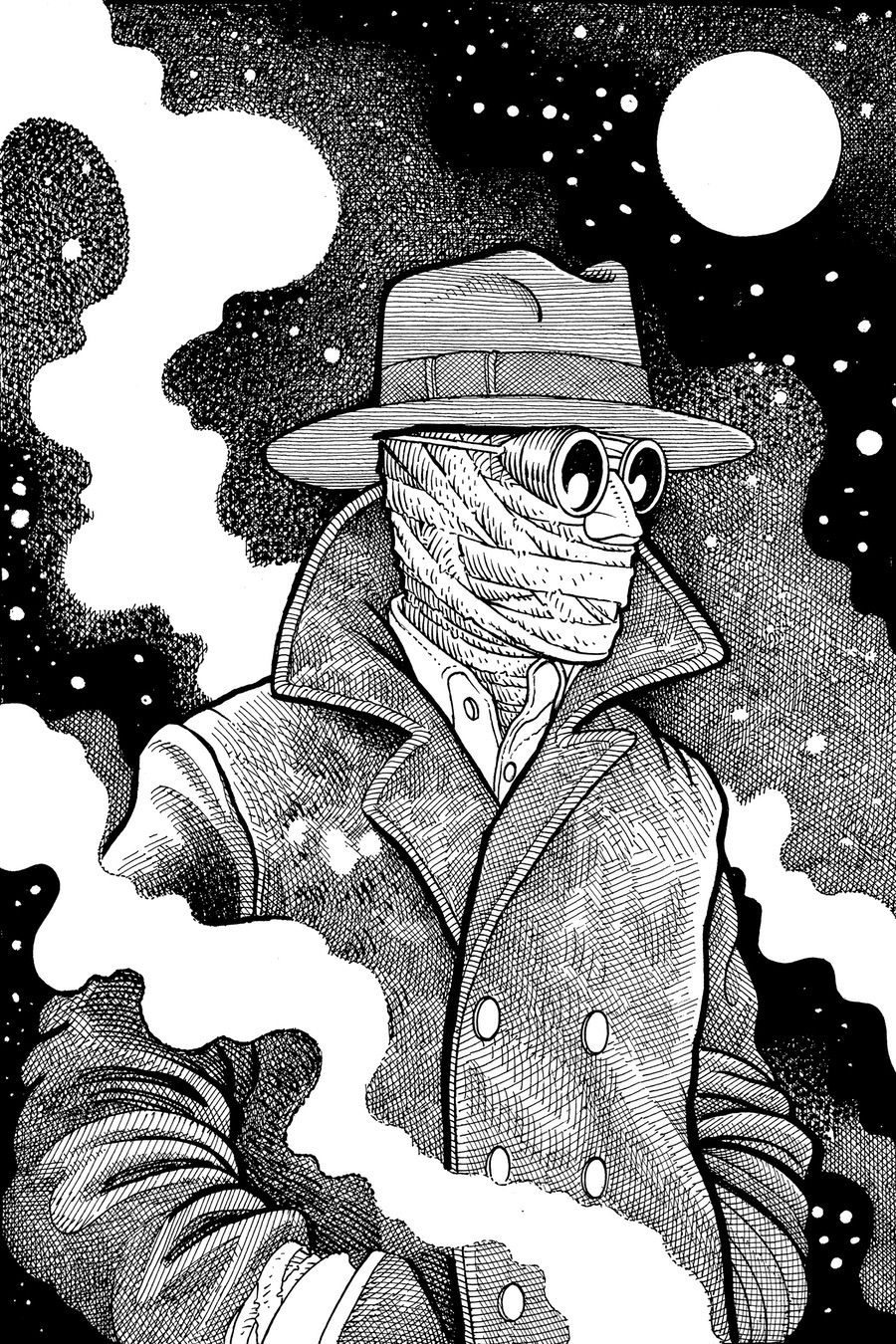 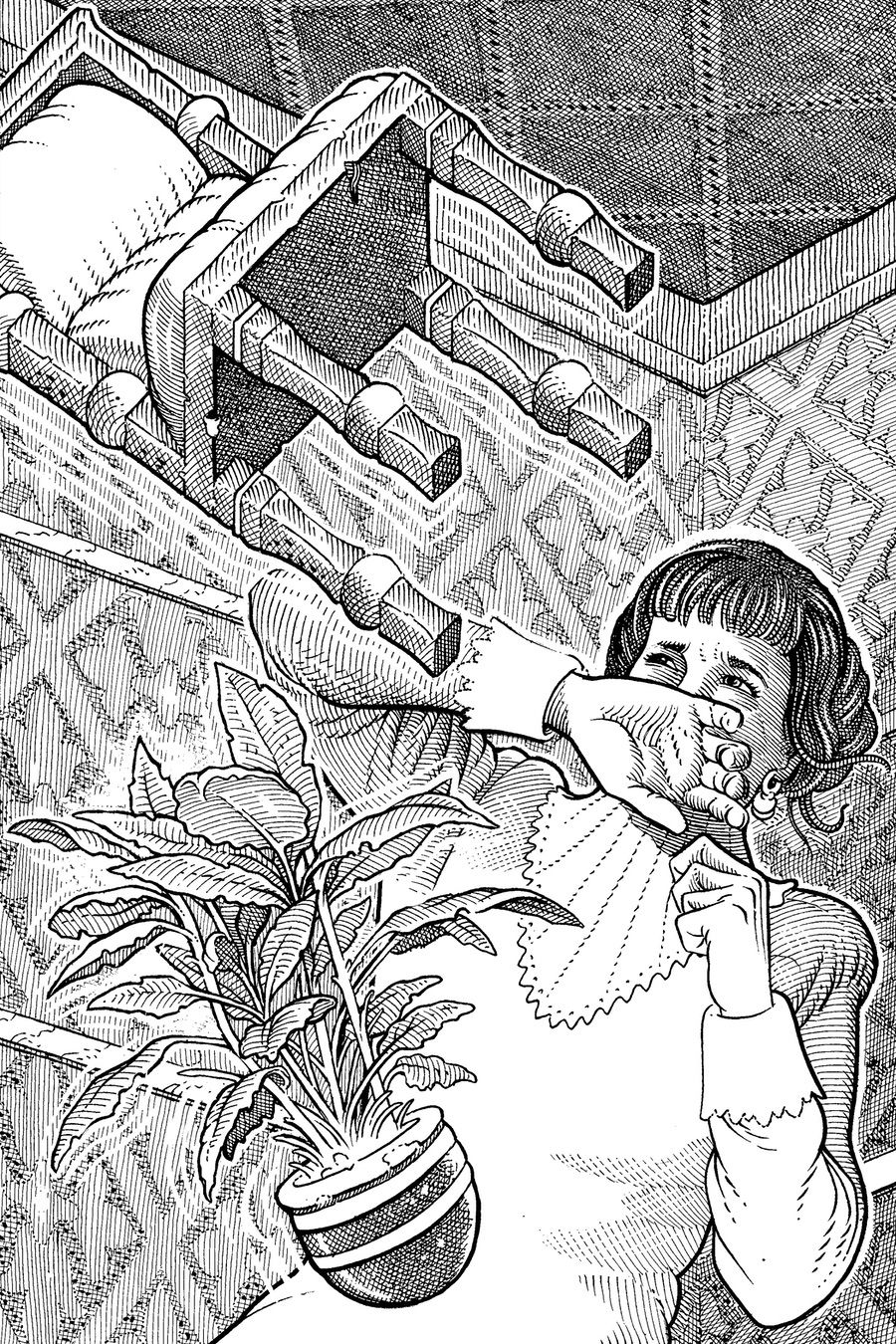 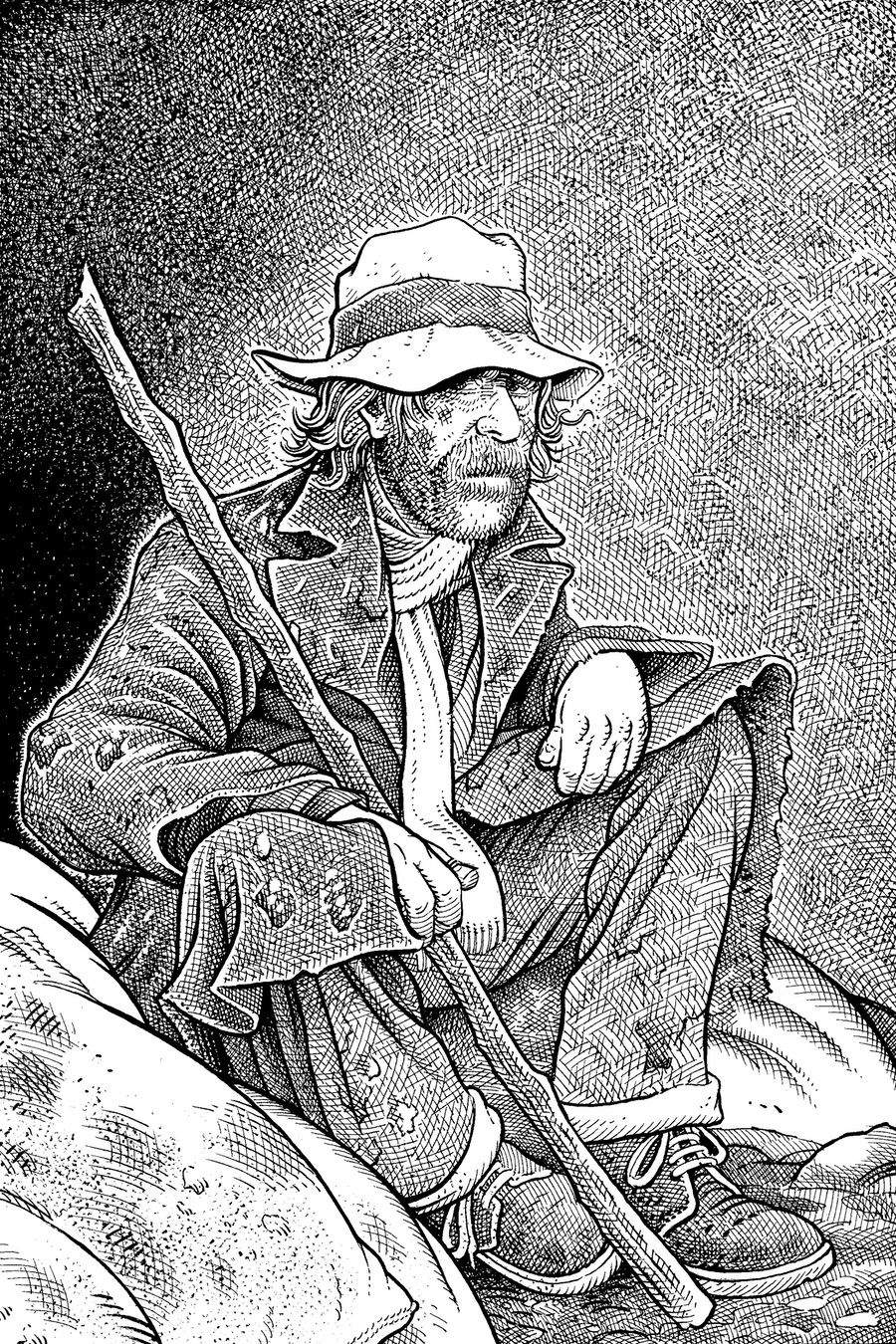 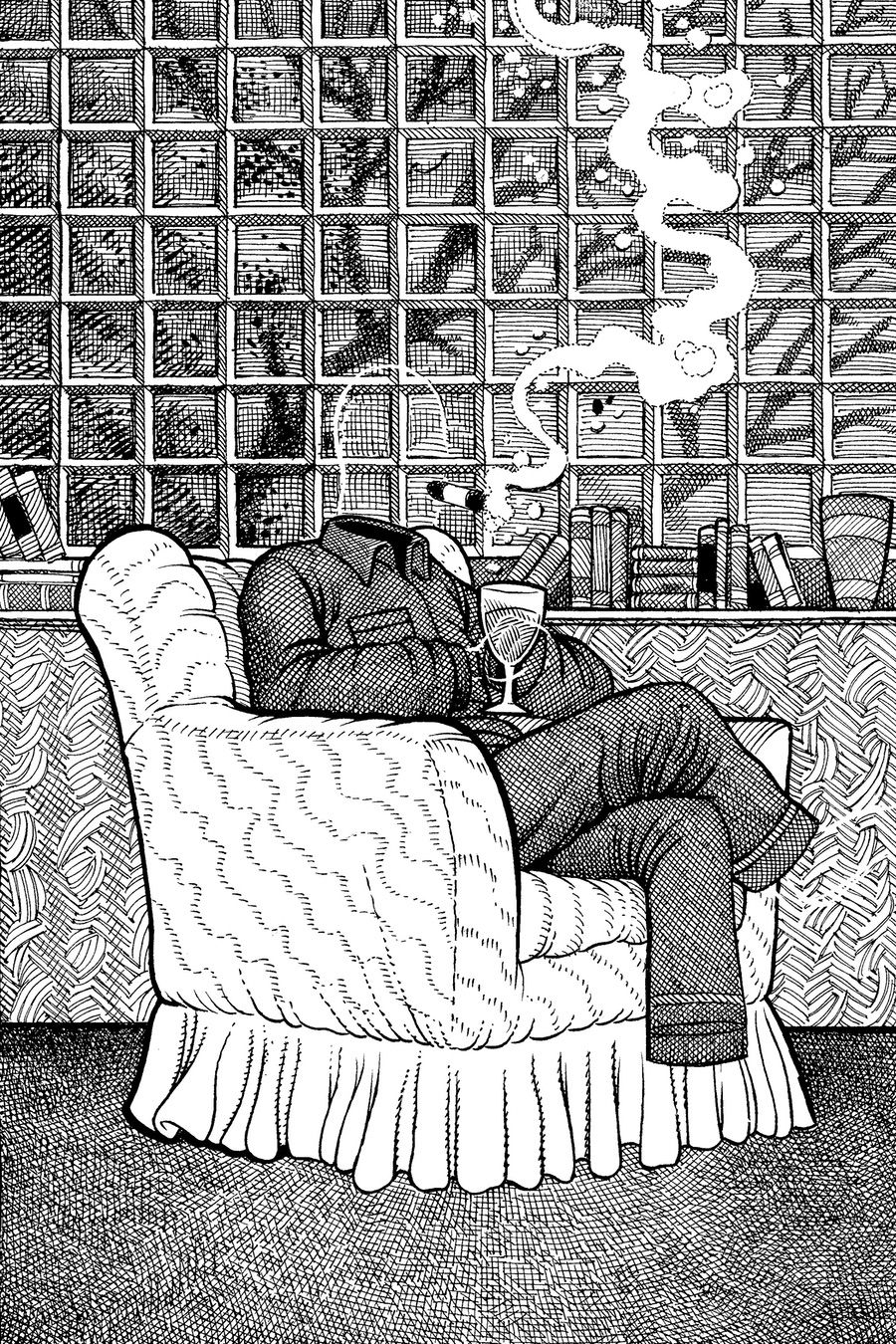 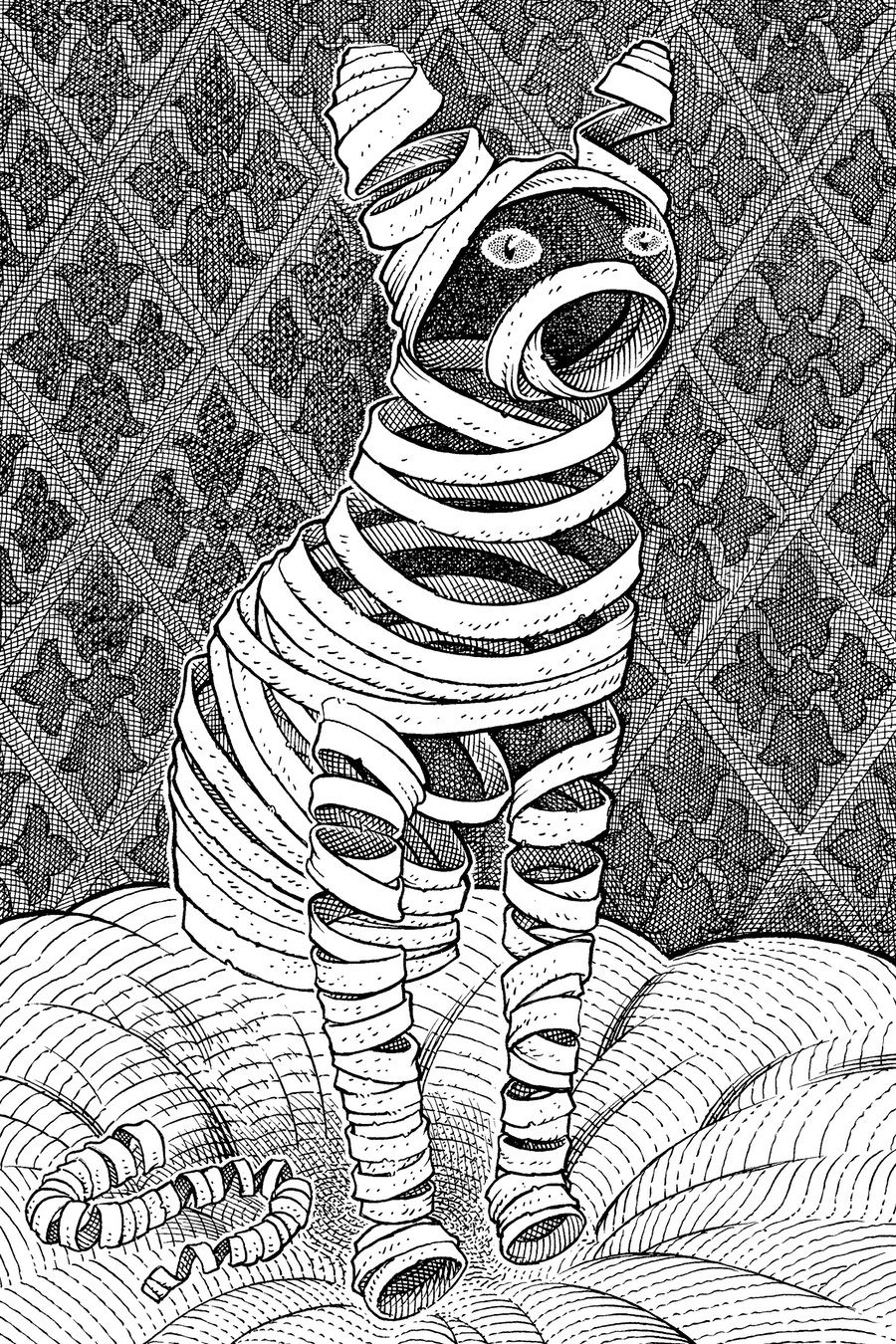 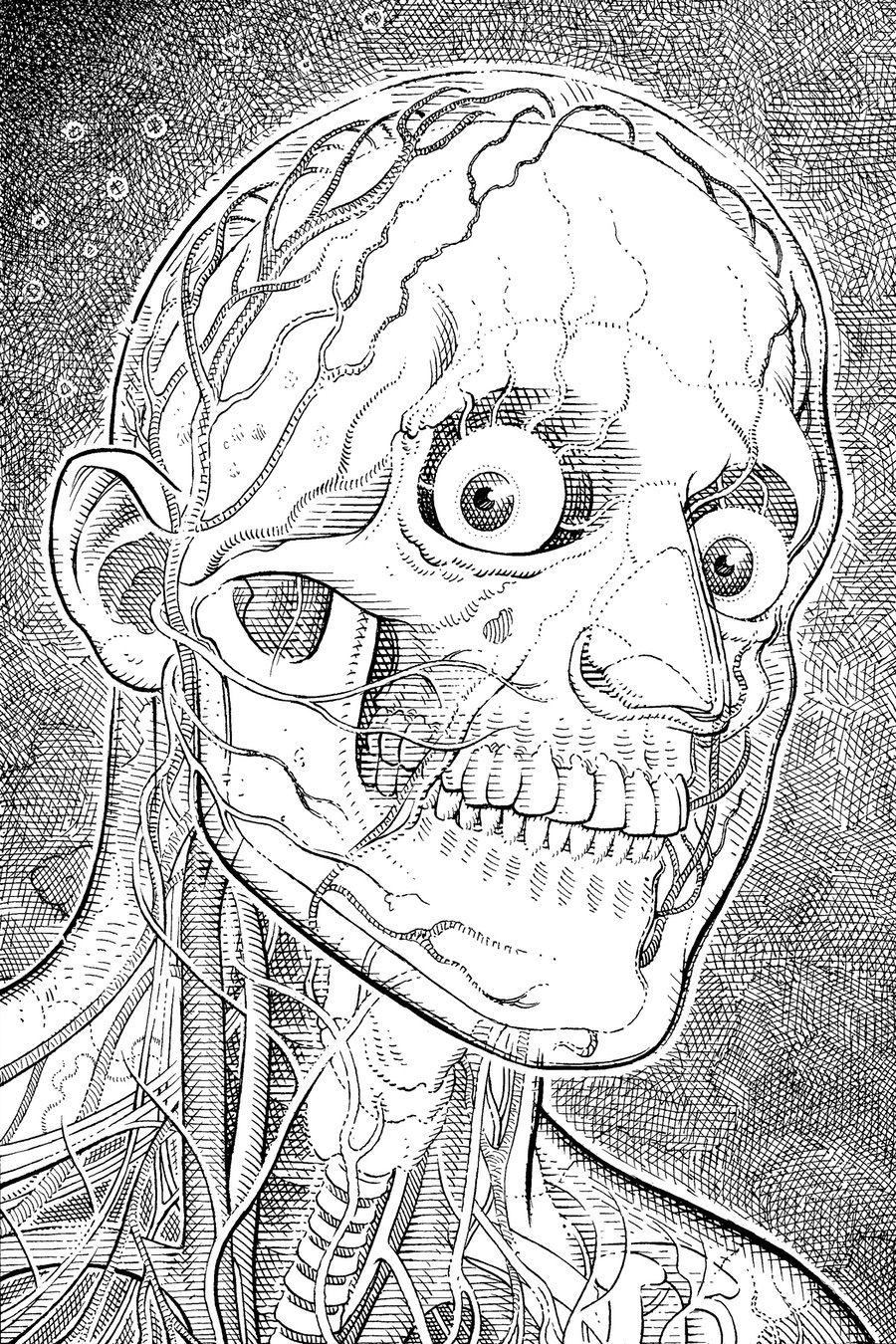