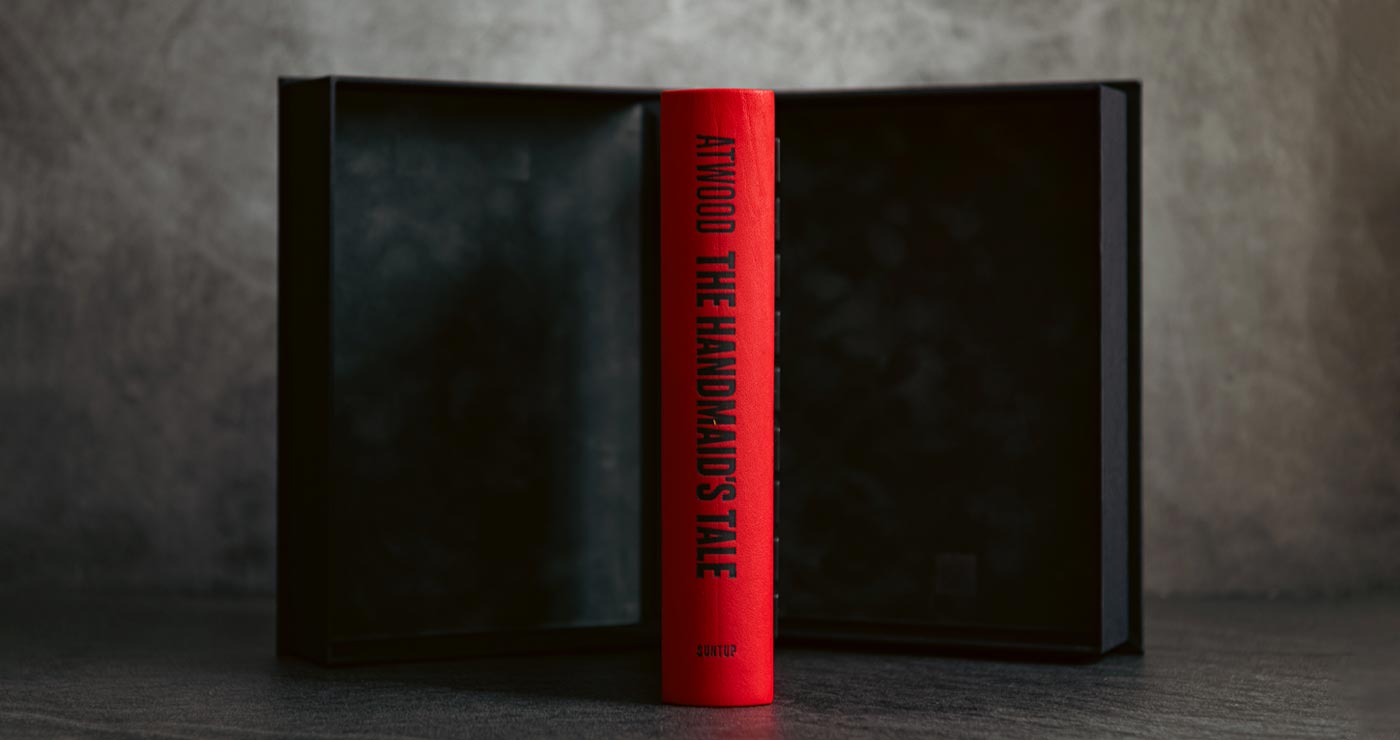 One of the most chilling cautionary tales of the 20th century, The Handmaid’s Tale by Margaret Atwood is a tour de force of dystopian fiction.

It is the world of the near future, and Offred is a Handmaid in the home of the Commander and his wife. She is allowed out only once a day to the market, she is not permitted to read and she is hoping the Commander makes her pregnant; as her very existence is only valued if her ovaries are viable.

Offred can remember the years before, when she was an independent woman, had a job of her own, a husband and child. Now those days seem far away. For in their wake, the land that was once the United States has become the Republic of Gilead, a monotheocracy that has reacted to social unrest and a sharply declining birth rate by reverting to and going beyond the repressive intolerance of the original Puritans. The regime takes the Book of Genesis absolutely at its word, with bizarre consequences for the women and men in its population.

Unpredictable, horrifying, and altogether convincing, The Handmaid’s Tale is an uncompromising portrait of totalitarianism and institutional misogyny. The novel explores themes of subjugated women in a patriarchal society, loss of female agency and individuality, and the various means by which they resist and attempt to gain individuality and independence.

In 2018, Atwood reflected on her process writing The Handmaid’s Tale: “I made a rule for myself. I would not include anything that human beings had not already done in some other place or time, or for which the technology did not already exist. I did not wish to be accused of dark, twisted inventions, or of misrepresenting the human potential for deplorable behavior.”

The signed limited edition of The Handmaid’s Tale by Margaret Atwood is presented in three states: Artist, Numbered and Lettered. The editions measure 6” x 9” and include an introduction by Sophie Mackintosh, an afterword by Jan Garden Castro and six full color illustrations by Ken Cunningham. The Numbered and Lettered editions are signed by Margaret Atwood, Sophie Mackintosh, Jan Garden Castro and Ken Cunningham. The Artist edition is signed by Ken Cunningham.

Given that The Handmaid’s Tale is about the oppression of women, we thought it important that the types we used to set the book be designed by a woman. In this case, one woman: Maria Doreuli. Her William Text is based on the types of William Caslon (1692–1766), whose letterforms would have been familiar to Puritan New Englanders from whom the founders of Gilead seemed to take so much inspiration. The display type, Kak, has its own oppressive qualities: It’s heavy and dark and looming, always making its presence known. Like Gilead, it is overwhelming, inescapable, and allows for no light (or hope) to get through.

The Artist edition is limited to 1000 copies, and is the only edition to include a dust jacket illustrated by Ken Cunningham. It is a full cloth, smyth sewn binding with two-hits foil stamping, and is housed in an embossed paper covered slipcase. The edition features embossed endsheets and is printed offset on premium archival Cougar Natural Vellum paper. This edition is signed by the artist. 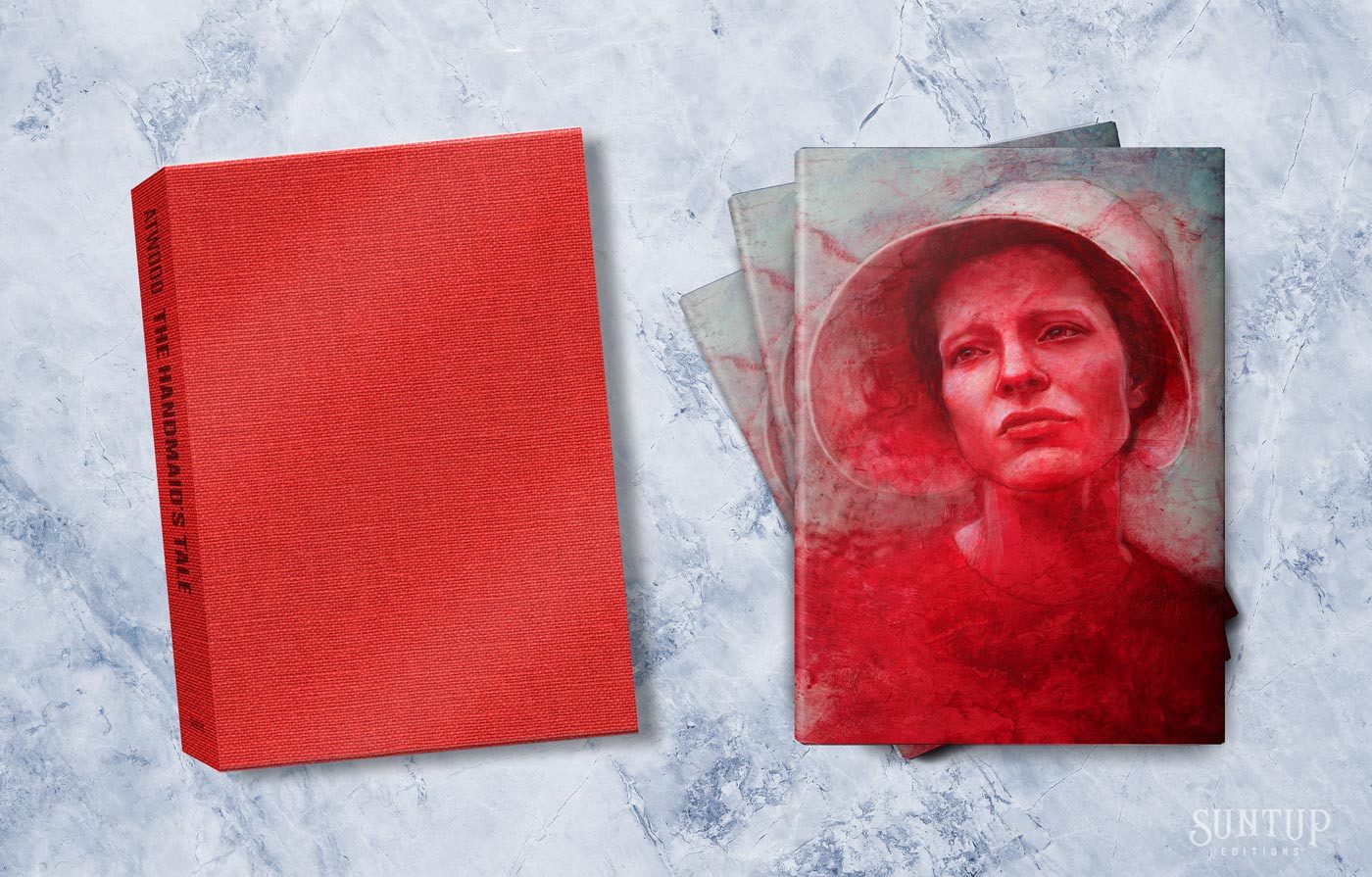 The Numbered edition of 250 copies is bound in black Harmatan and Oakridge goatskin, and red Japanese cloth. The cover and spine are foil blocked in three colors, and endsheets are printed letterpress on Hahnemühle Bugra.

The edition is housed in a quarter Japanese cloth cigar-box enclosure with handmade paste paper sides by Marie Kelzer. Each sheet of the paste papers are  hand painted one at a time, and no two are entirely alike. Marie Kelzer’s paste papers are part of the Paper Legacy Project and are housed at The Metropolitan Museum of Art in New York City, at the Thomas J. Watson Library.

The edition is printed letterpress on a Heidelberg Cylinder Press by Bradley Hutchinson in Austin, Texas. The paper is Mohawk Superfine Softwhite Eggshell, and the edition is signed by Margaret Atwood, Sophie Mackintosh, Jan Garden Castro and Ken Cunningham. 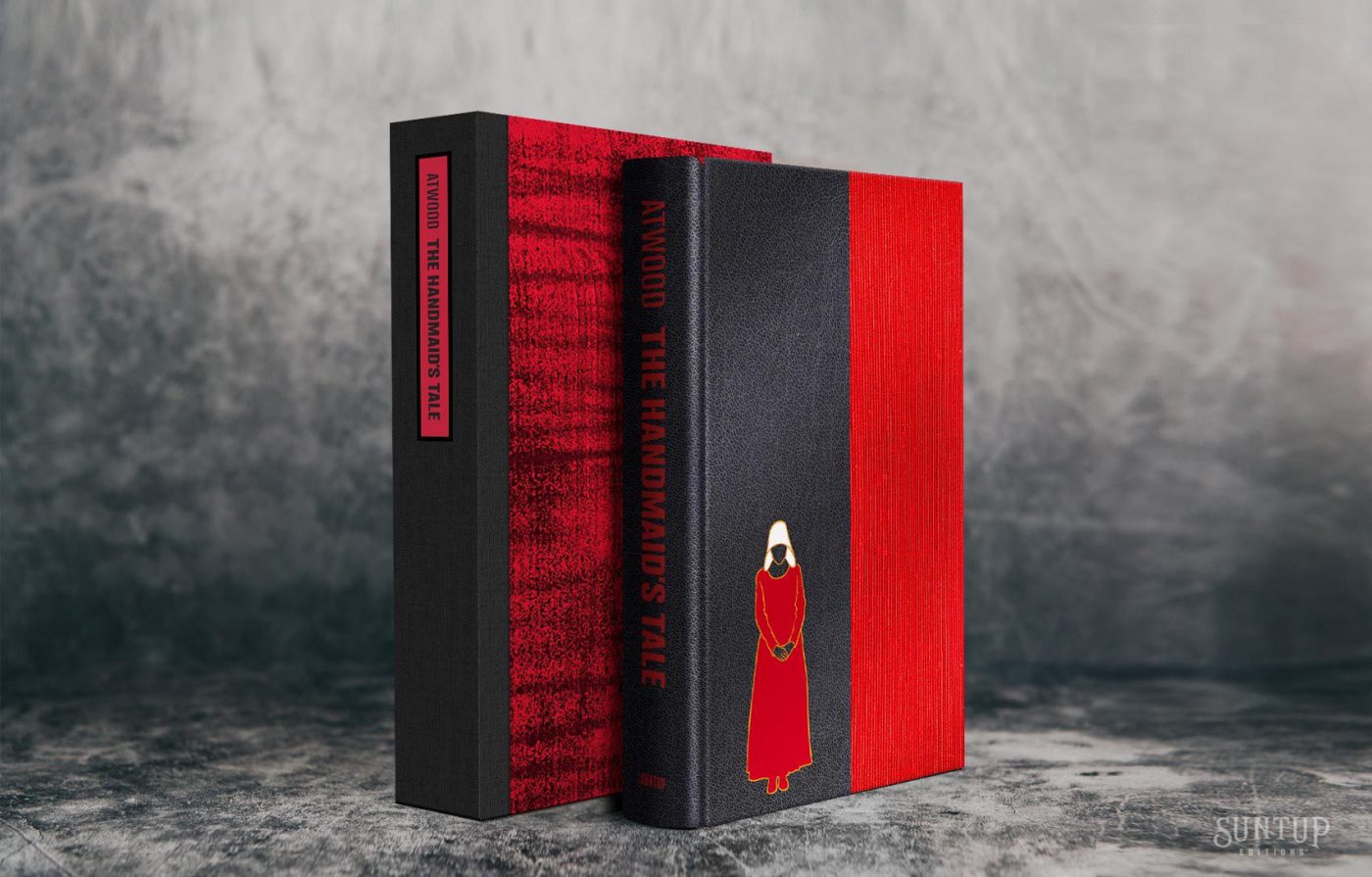 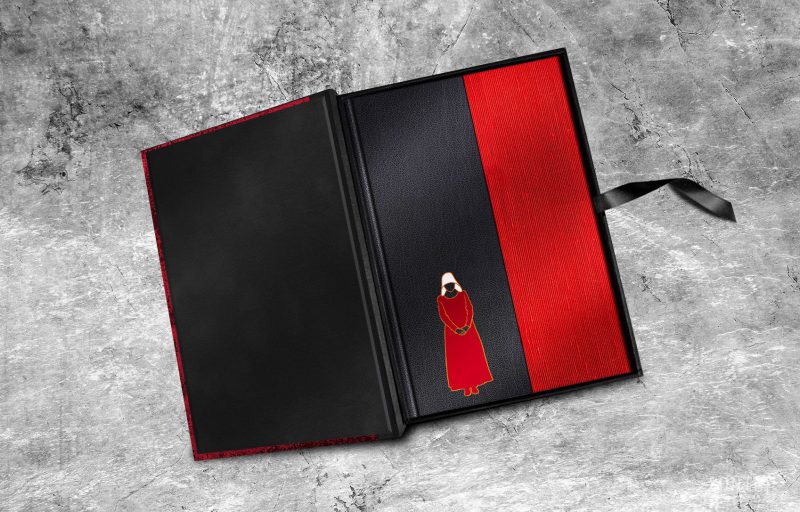 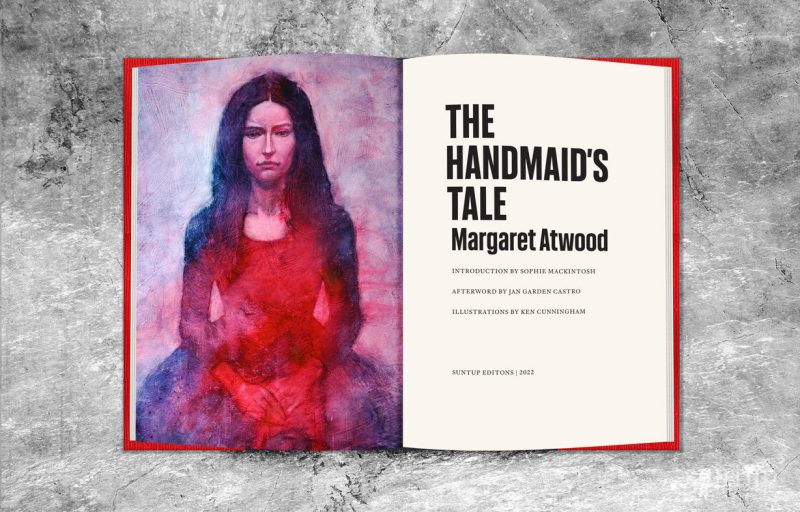 The Lettered edition is limited to 26 copies for sale and is a full leather bradel binding with a graphite top edge. Real scrabble tiles are inset and affixed to the binding, forming the title on the front cover, and the designation on the back cover. The clamshell enclosure is debossed and covered in Japanese cloth with a leather spine label.

Endsheets are hand marbled in Italy by Flavio Aquilina and the edition is printed letterpress on a Heidelberg Cylinder Press by Bradley Hutchinson in Austin, Texas. Each copy includes an original drawing by Ken Cunningham. The paper is mouldmade Zerkall Book softwhite vellum, and the edition is signed by Margaret Atwood, Sophie Mackintosh, Jan Garden Castro and Ken Cunningham. 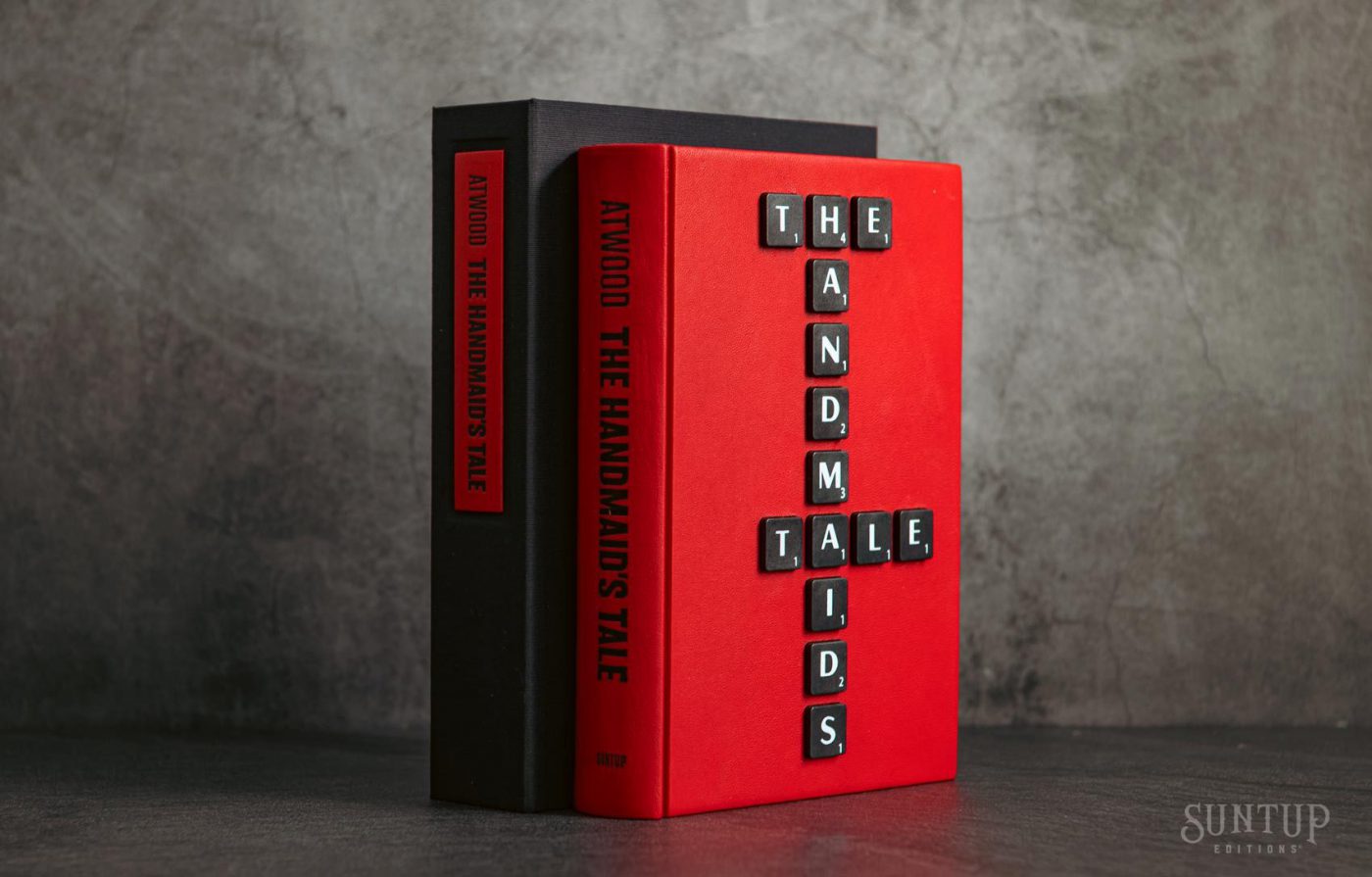 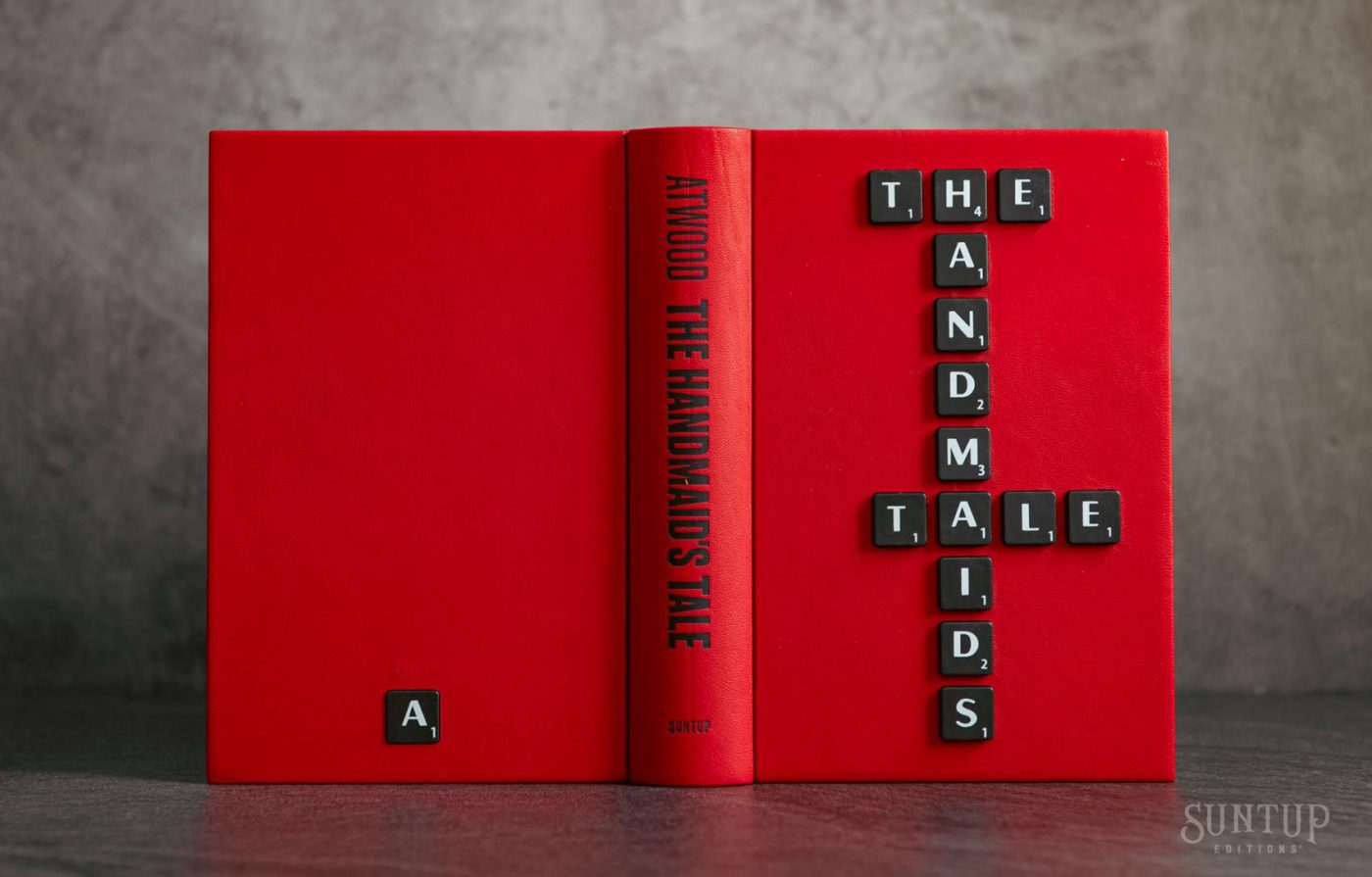 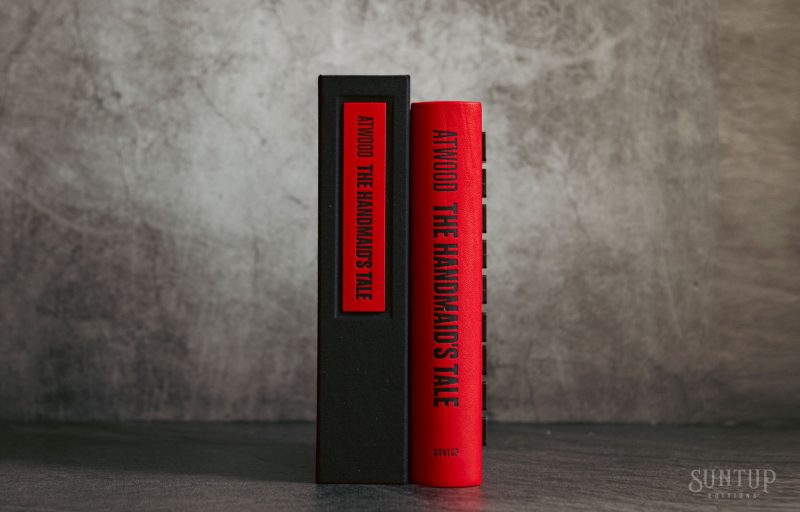 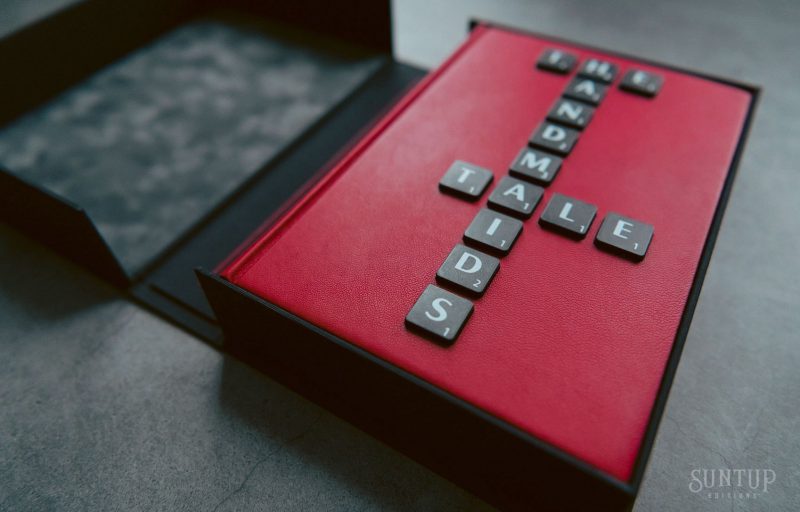 Margaret Atwood’s original novel ends with a section called “Historical Notes,” a 22nd-century academic symposium discussing the now-fallen Gilead and the ordeal of Offred, who had recorded her story on cassette tapes subsequently found inside a US Army foot locker.

Initially released in 2017 by Audible Studios as an exclusive audiobook, the bonus cassette, Folk Songs of Lithuania, which is included with all Lettered and Numbered editions contains an extended ending beyond the novel’s original final line by adding the questions and answers that the people at that symposium, occurring in 2195, might ask. The cassette, which contains a total of 1 hour and 38 minutes of listening material, also features a new Afterword narrated by Margaret Atwood and an essay delivered by author Valerie Martin.

“The roots of my original book are in audio – Offred’s story was recorded, not written, and even the ‘Historical Notes’ are a voice – so I was excited to extend the story with additional material meant specifically to be heard.”
– Margaret Atwood 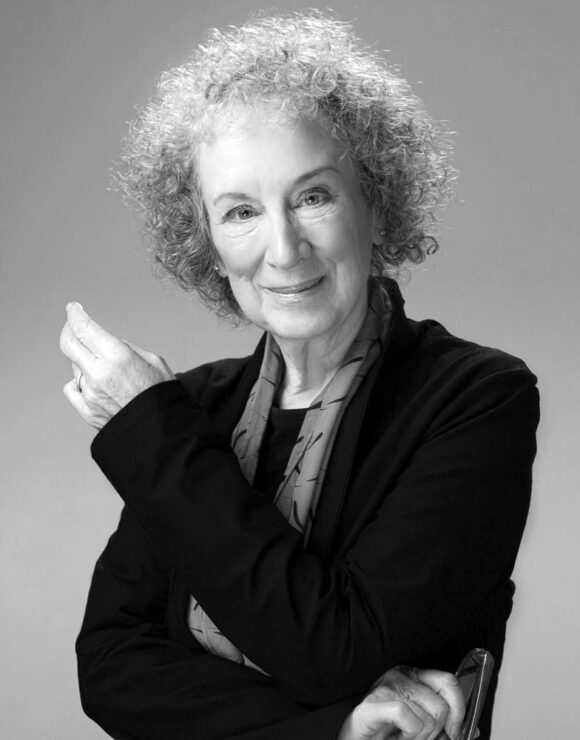 Margaret Atwood is the author of more than forty books of fiction, poetry, and critical essays. In addition to The Handmaid’s Tale (now a Hulu series) and its sequel The Testaments, her novels include The Blind Assassin (winner of the Booker Prize), Alias Grace (winner of the Giller Prize in Canada and the Premio Mondello in Italy), The Robber Bride, Cat’s Eye, The Penelopiad, The Heart Goes Last, and Hag-Seed, a novel revisitation of Shakespeare’s play The Tempest, for the Hogarth Shakespeare Project. Her latest book of short stories is Stone Mattress: Nine Tales. She is also the author of the graphic novel Angel Cat­bird (with co-creator Johnnie Christmas). Margaret Atwood lives in Toronto with writer Graeme Gibson. 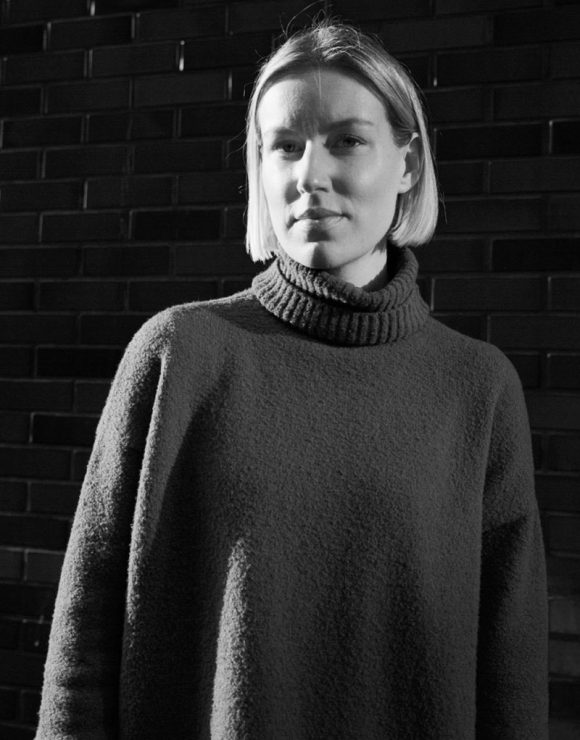 Sophie Mackintosh is the author of two novels, The Water Cure and Blue Ticket. The Water Cure was longlisted for the Man Booker Prize 2018. Her work has been published in the New York Times, Granta and The Stinging Fly, among others. Her third novel, Cursed Bread, is forthcoming in 2023. 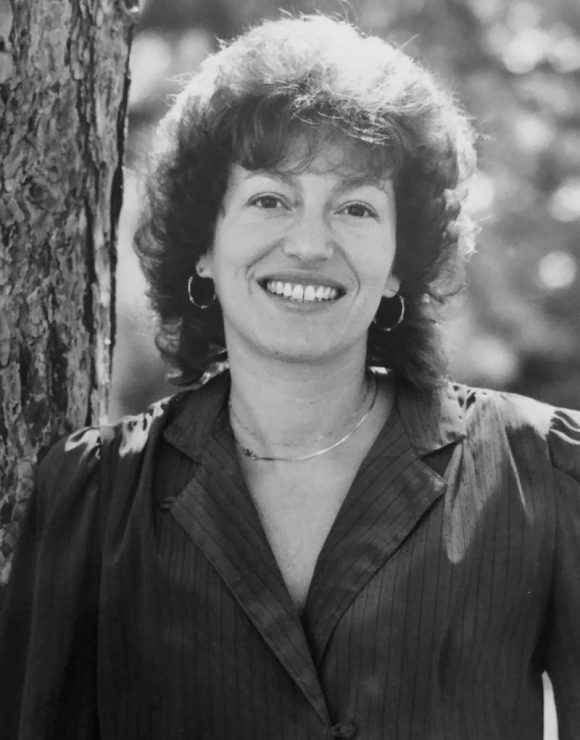 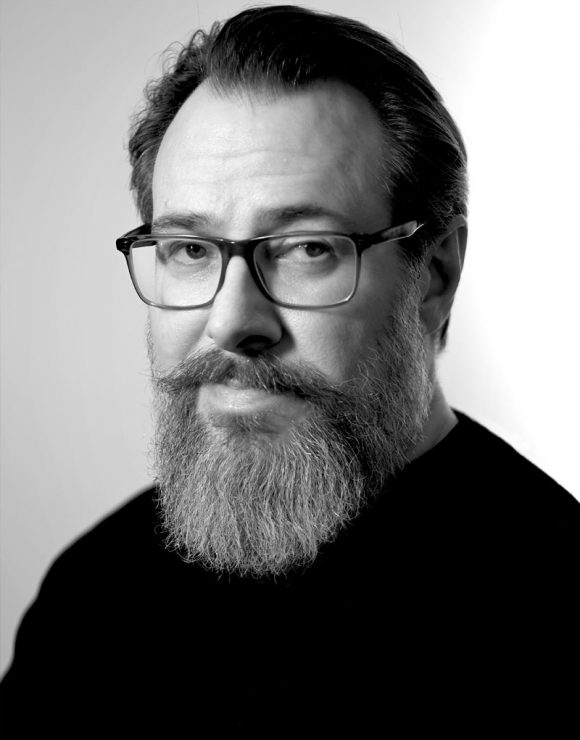 Ken Cunningham is an artist and multiple award–winning director. As an artist, Ken strives to create work that is mythic, poetic, transformational and personal. Through his work, he paints the elusive tide that lies beneath what we perceive in the world around us. His paintings reveal the layers of feeling we sense but that are just out of cognitive reach. As a director he has worked on projects for a diverse range of clients including Lucasfilm, Lego, Marvel and Universal Pictures, among others.

A Matching Pre-Order email is sent to owners of our previous publication, The Butcher Boy with a designation of 1-250 at 9:00 A.M. PT on the day of announcement. If you did not receive the email, contact us here. If your order is not received before the deadline, your designated number or letter will be assigned to the new owner. 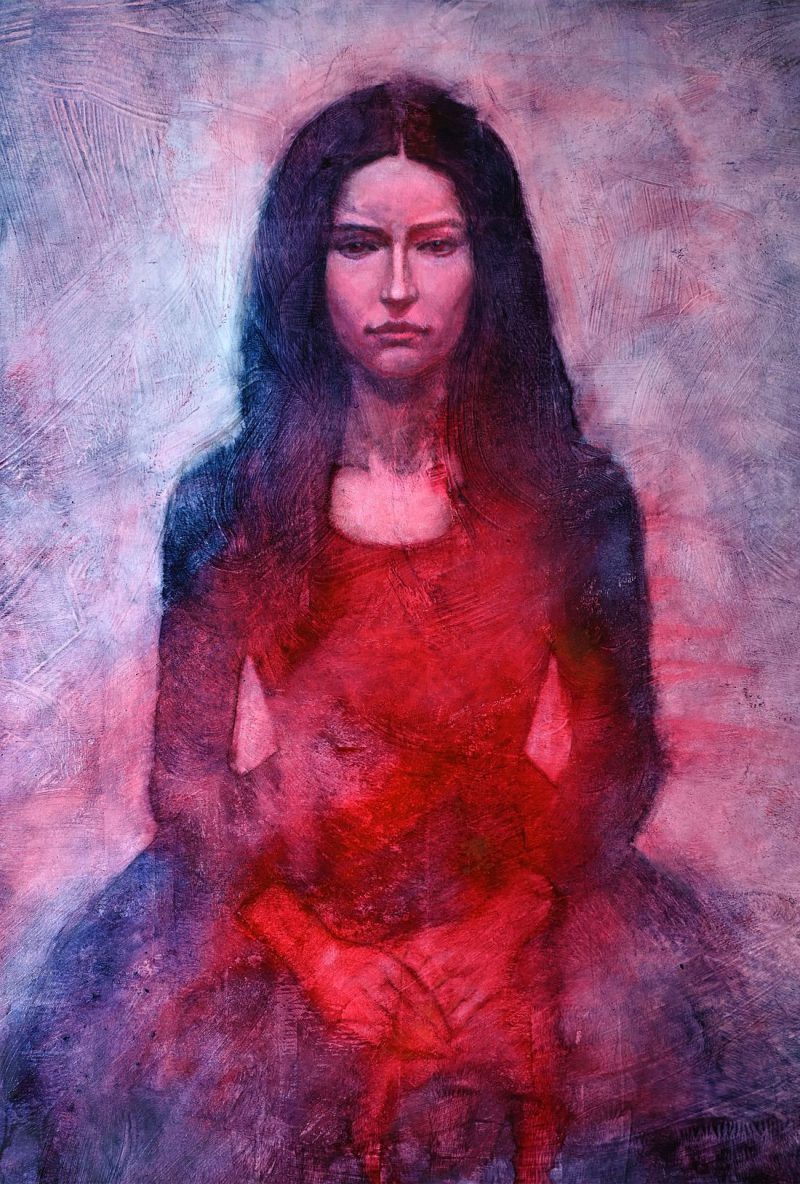 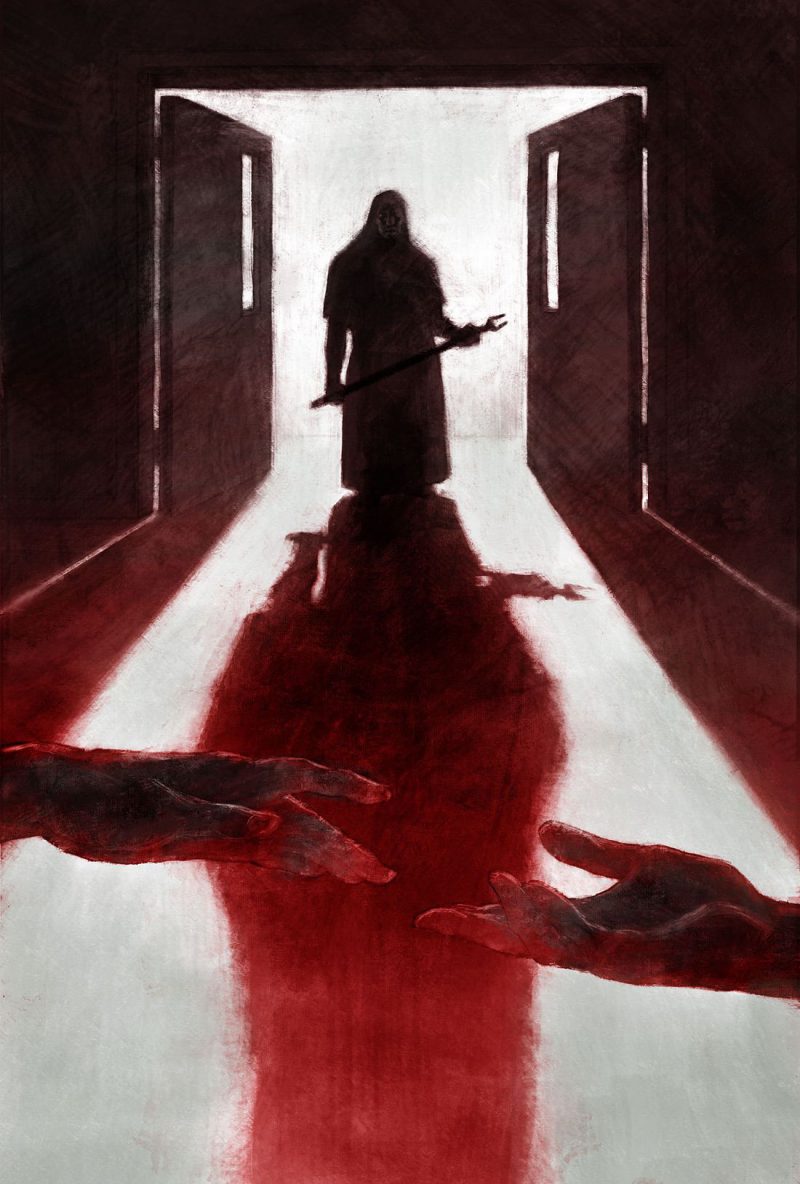 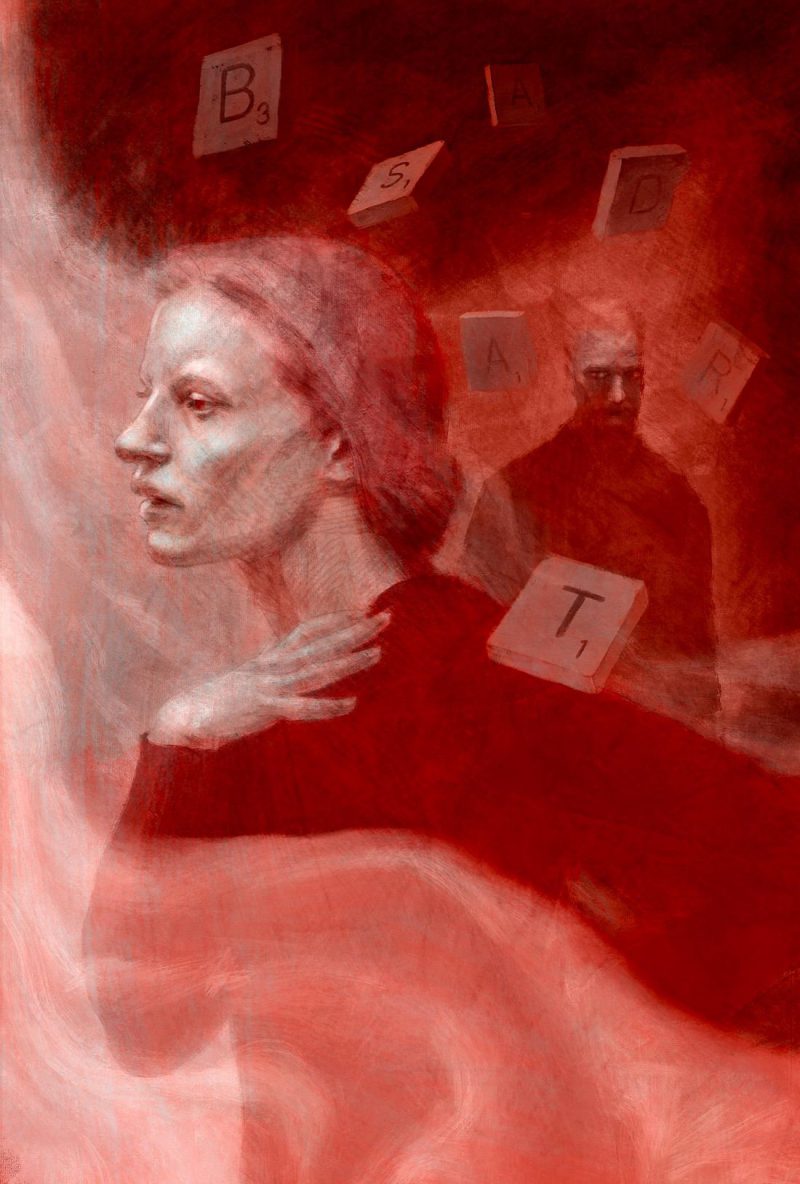 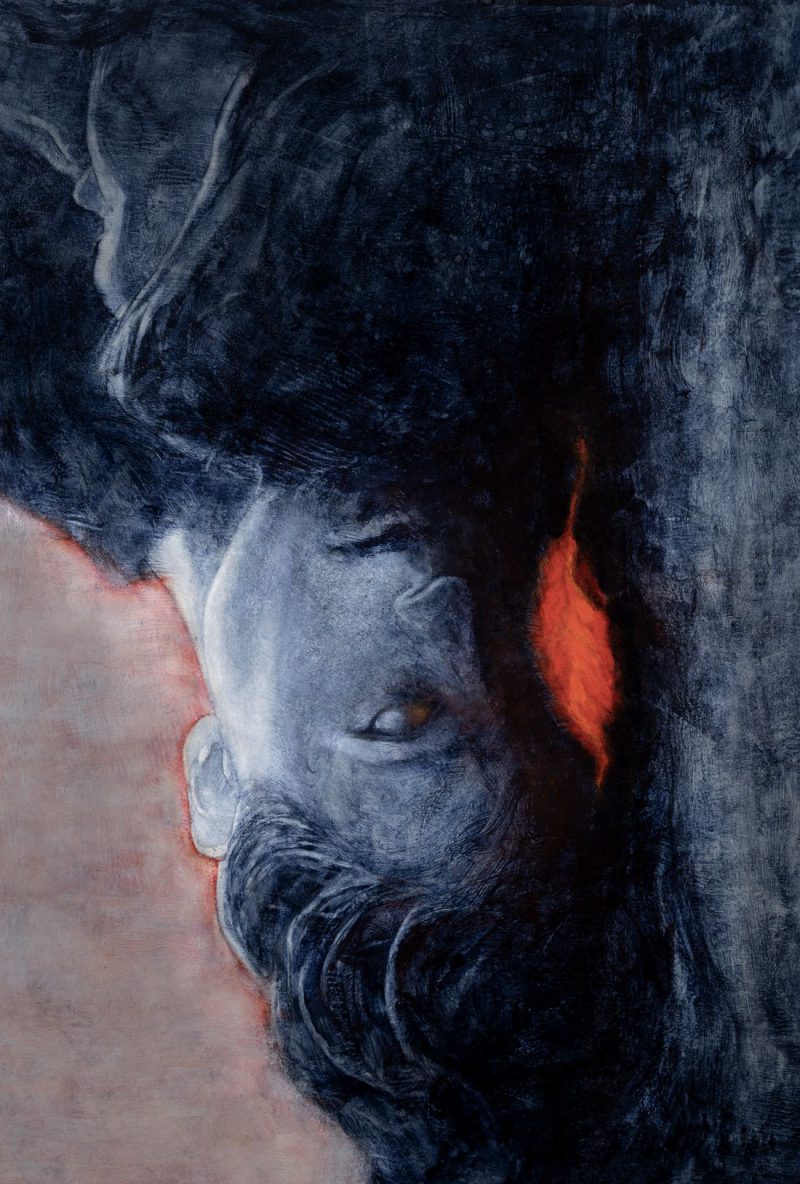 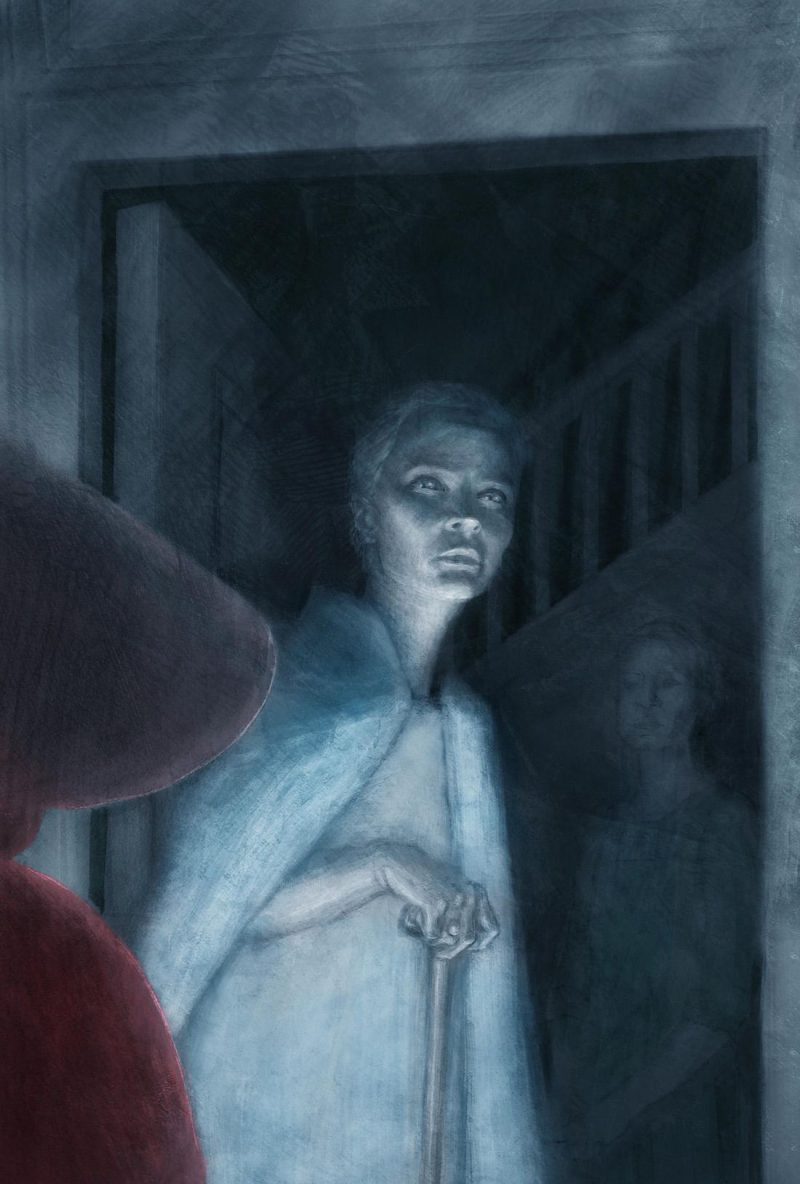 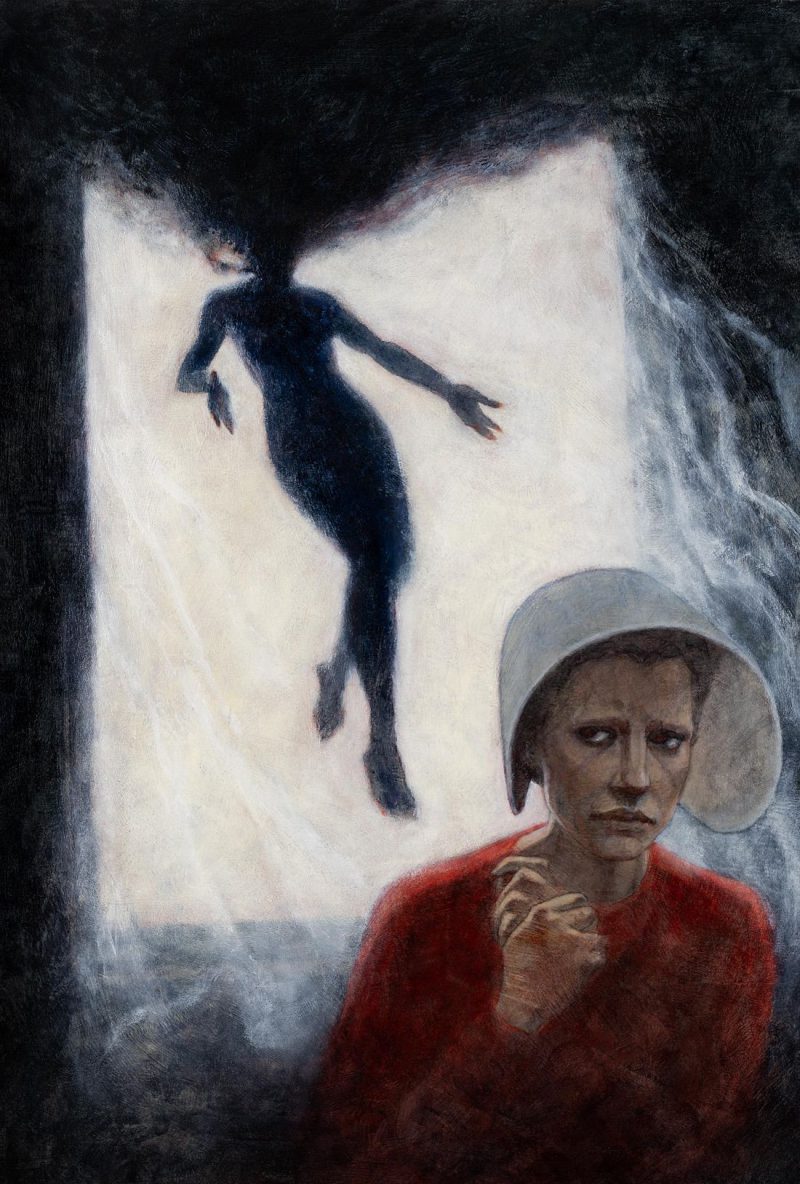