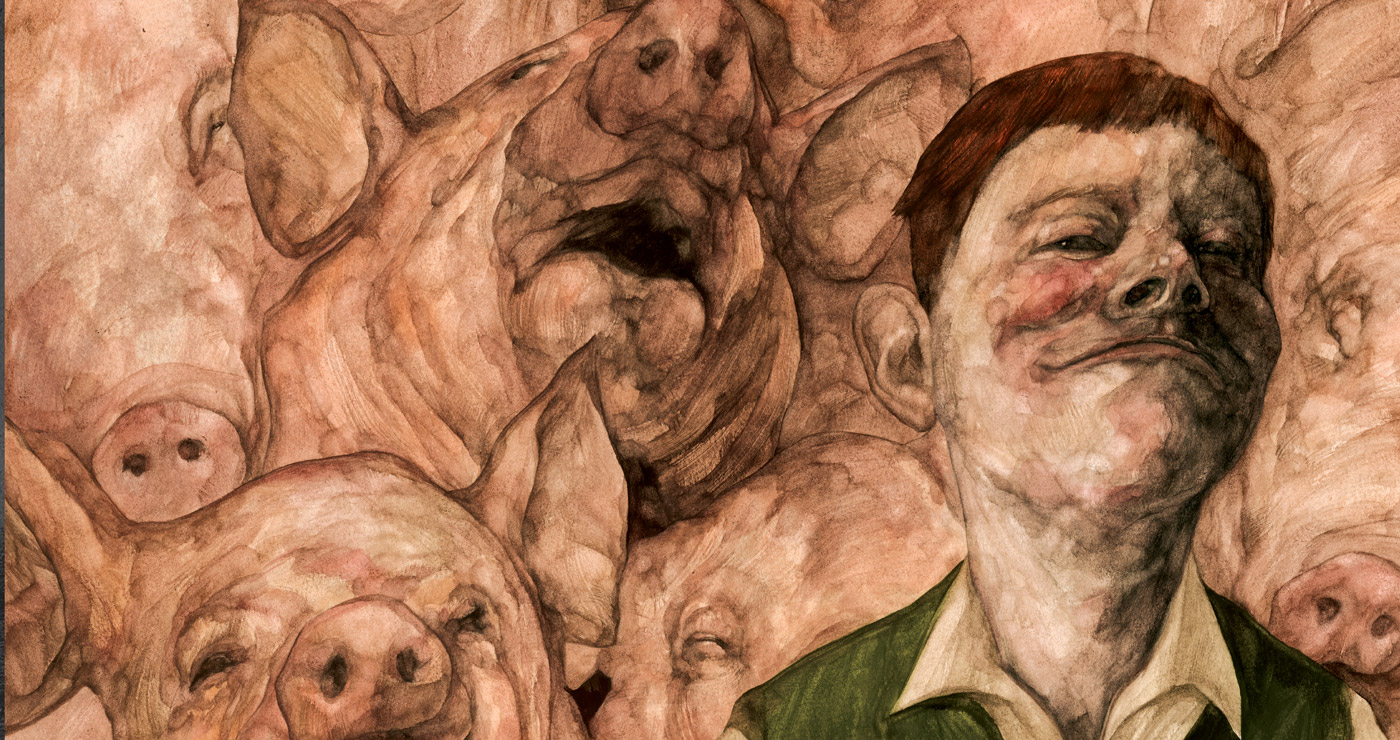 A powerful and unrelenting journey into a young boy’s heart of darkness, The Butcher Boy by Patrick McCabe is startlingly original and impossible to put out of your mind.

Set in a small town in Ireland in the early 1960s, The Butcher Boy is the story of Frances “Francie” Brady, also known as “pig boy,” the only child of an alcoholic father and a mother driven mad by despair. As his troubled home life collapses, Francie retreats into a violent fantasy world. Held up for scorn and ridicule by the sanctimonious neighbor Mrs. Nugent, and dropped by his best friend Joe in favor of Mrs. Nugent’s son, Francie finally finds a target for his rage, and a focus for his twisted, horrific plan. Dark, haunting, and often screamingly funny, The Butcher Boy chronicles the pig boy’s ominous loss of innocence and chilling descent into madness.

The Butcher Boy won the 1992 Irish Times Irish Literature Prize for Fiction, and was shortlisted for the 1992 Booker Prize. In 1997, it was adapted by the author and Neil Jordan into an award-winning film.

The signed limited edition of The Butcher Boy by Patrick McCabe is presented in three states: Artist, Numbered and Lettered. The editions measure 6” x 9” and feature six full color illustrations by David Lupton, as well as a new exclusive introduction by the author. The Numbered and Lettered editions are signed by Patrick McCabe and David Lupton, and the Artist edition is signed by David Lupton. The editions are printed offset on premium Mohawk Via paper.

The text face for The Butcher Boy is Study, recently designed by Jesse Ragan and based on the 1968 hand-drawn alphabets of Rudolph Ruzicka, a Czech-American illustrator, typeface designer, and book designer. The face is both typographic and calligraphic, with many distinctive characters and quirks. To call it child-like would be dismissive. Let’s call it human. It’s that humanness that suggested it as the text face for The Butcher Boy as the main character (although at times savage) is always human.

The wild display face is Folk, designed by Maurizio Osti and Jane Patterson in 1995, and based on the Ben Shahn Folk Alphabet of 1940. It’s unpredictable and untamable with a manic energy that’s a perfect match for the protagonist of The Butcher Boy.

The Artist edition is limited to 1000 copies, and is the only edition to feature a wraparound dust jacket illustrated by David Lupton. It is a full cloth, smyth sewn binding with two-hits foil stamping, and is housed in an embossed paper covered slipcase. The edition features illustrated endsheets and is signed by the artist. 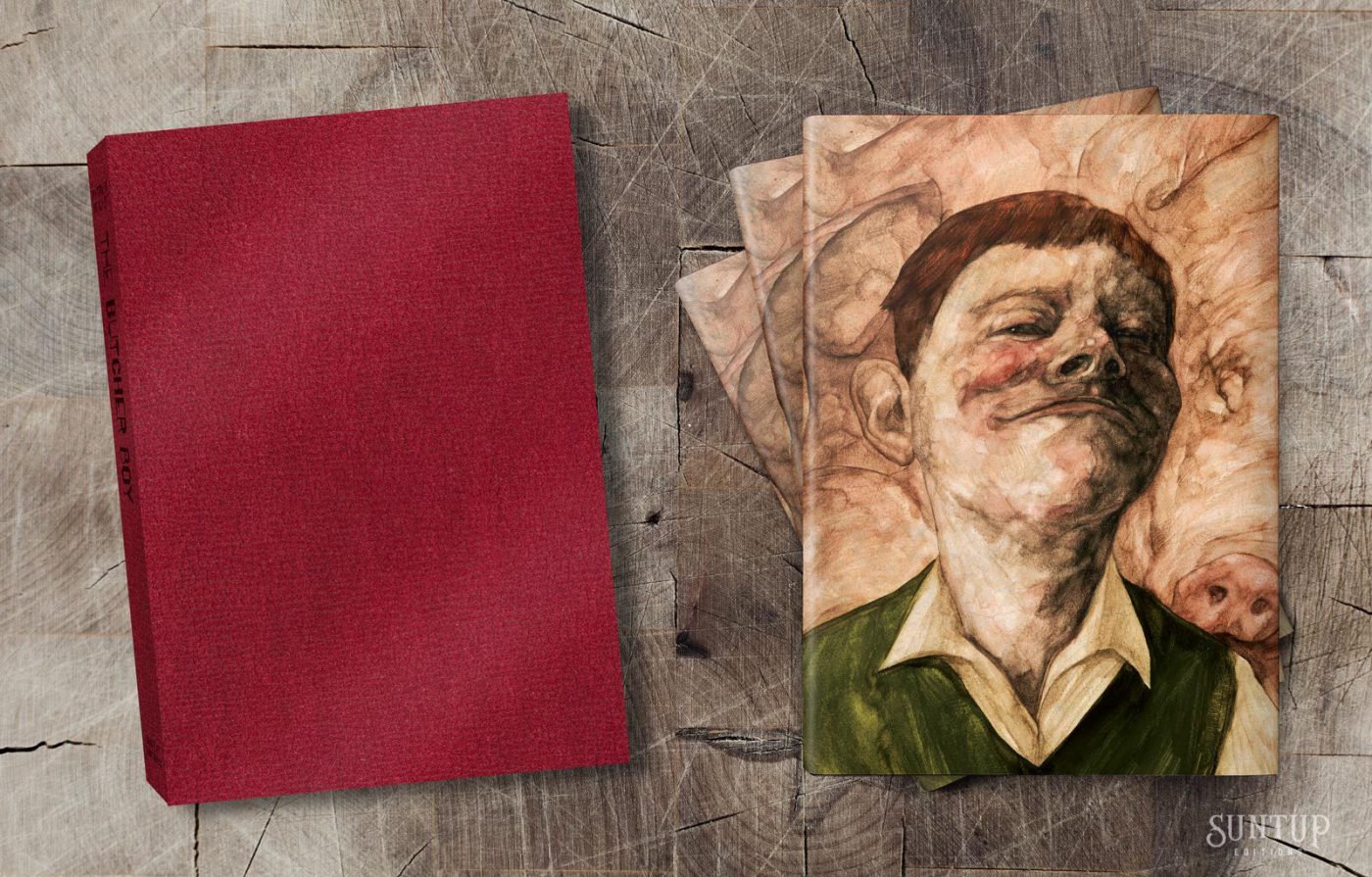 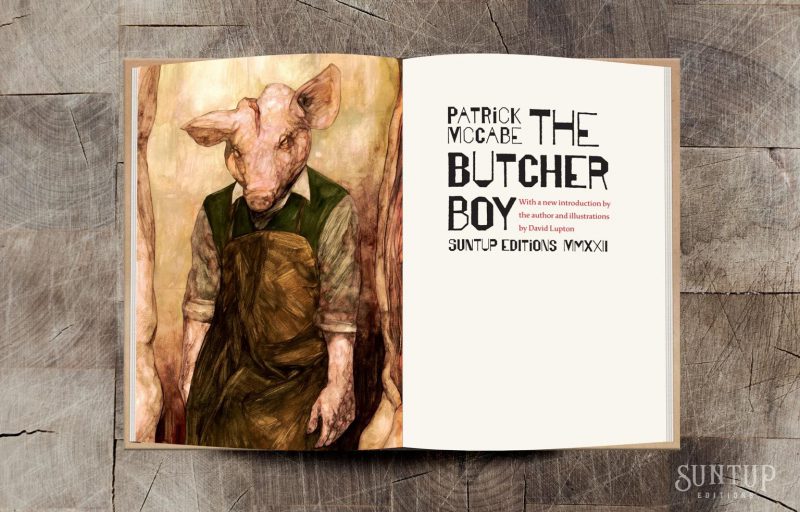 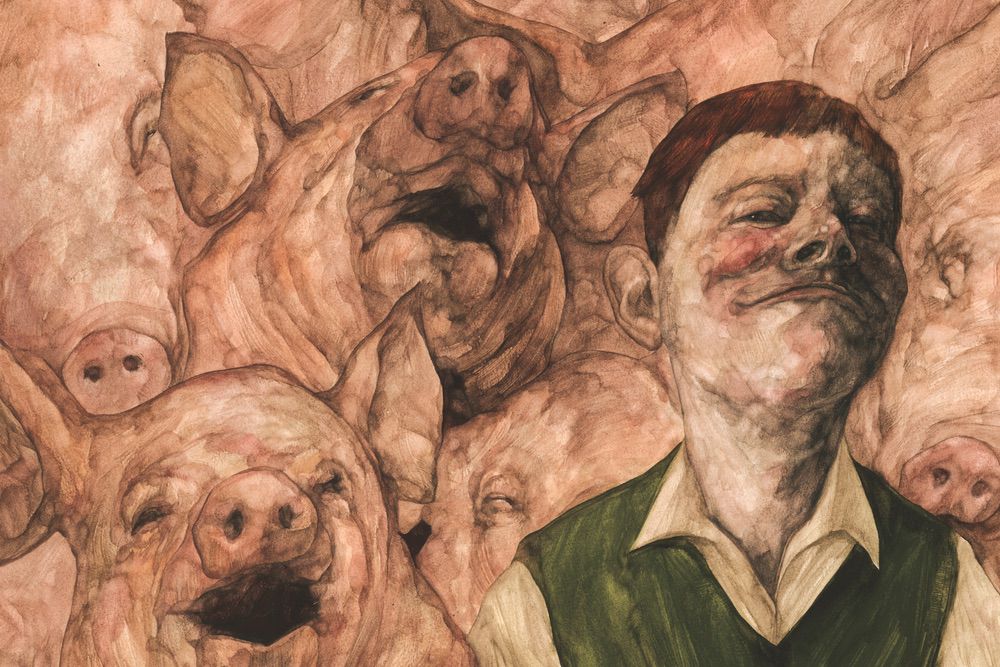 The Numbered edition of 350 copies is a full leather binding covered in genuine pig suede. The cover and spine are blind stamped and the edition is housed in a slipcase covered with acid free Kraft butcher paper. It is signed by Patrick McCabe and David Lupton. 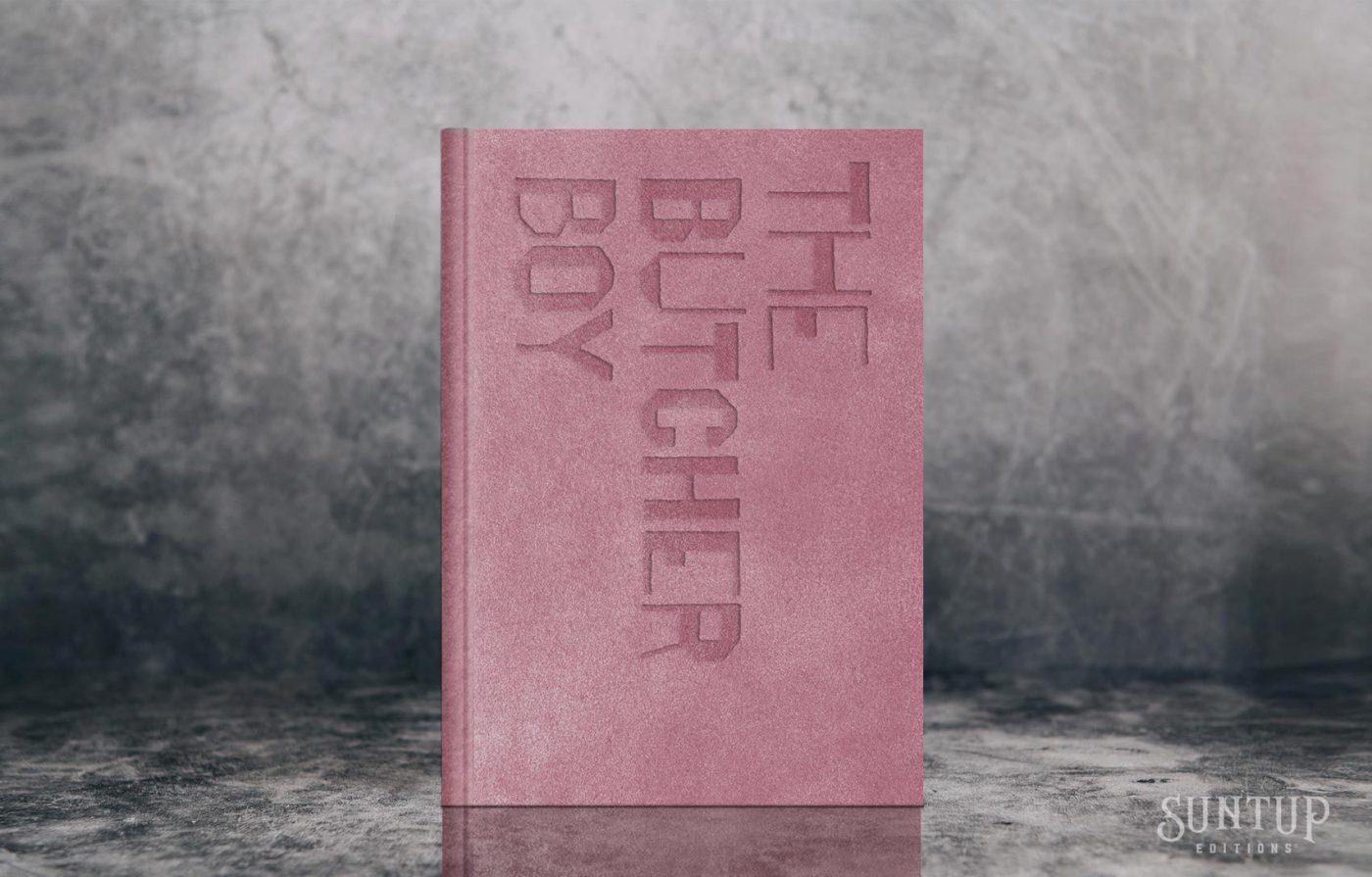 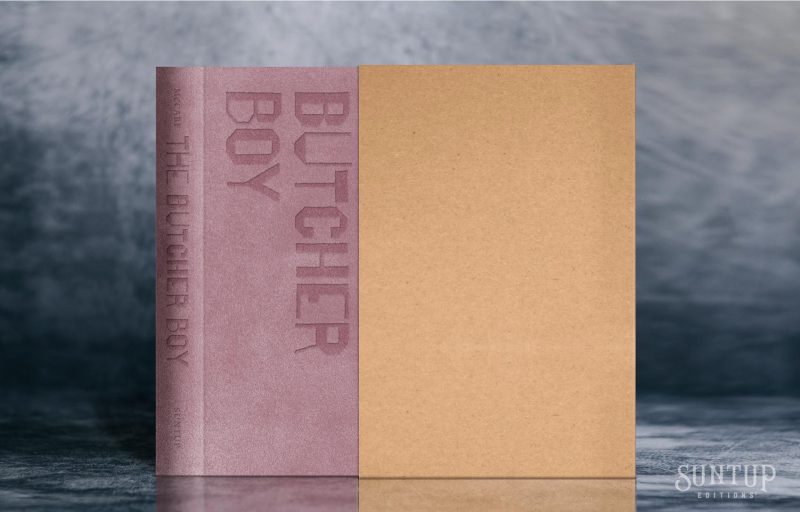 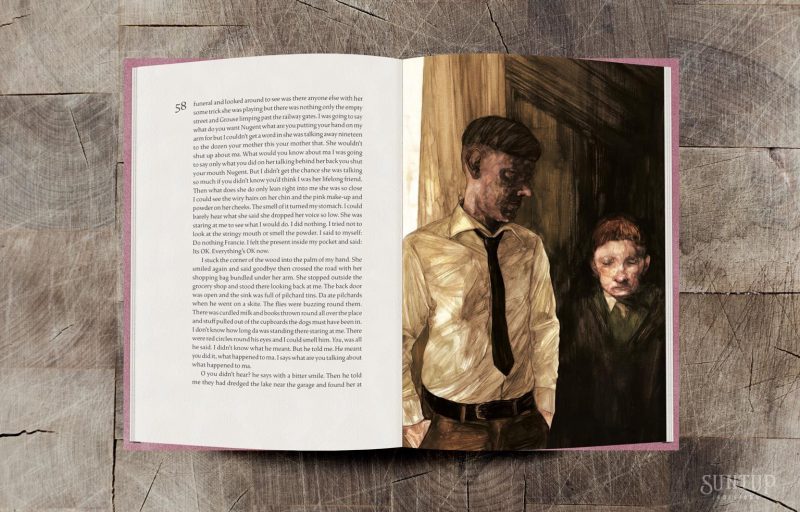 The Lettered edition is limited to 26 copies lettered A-Z and is a full leather binding covered in Tie-Dyed Lambskin. Endsheets are handmade acid free Mexican Mayan paper and the clamshell enclosure is covered in Japanese and European cloth with velvet floors. The edition is signed by Patrick McCabe and David Lupton. 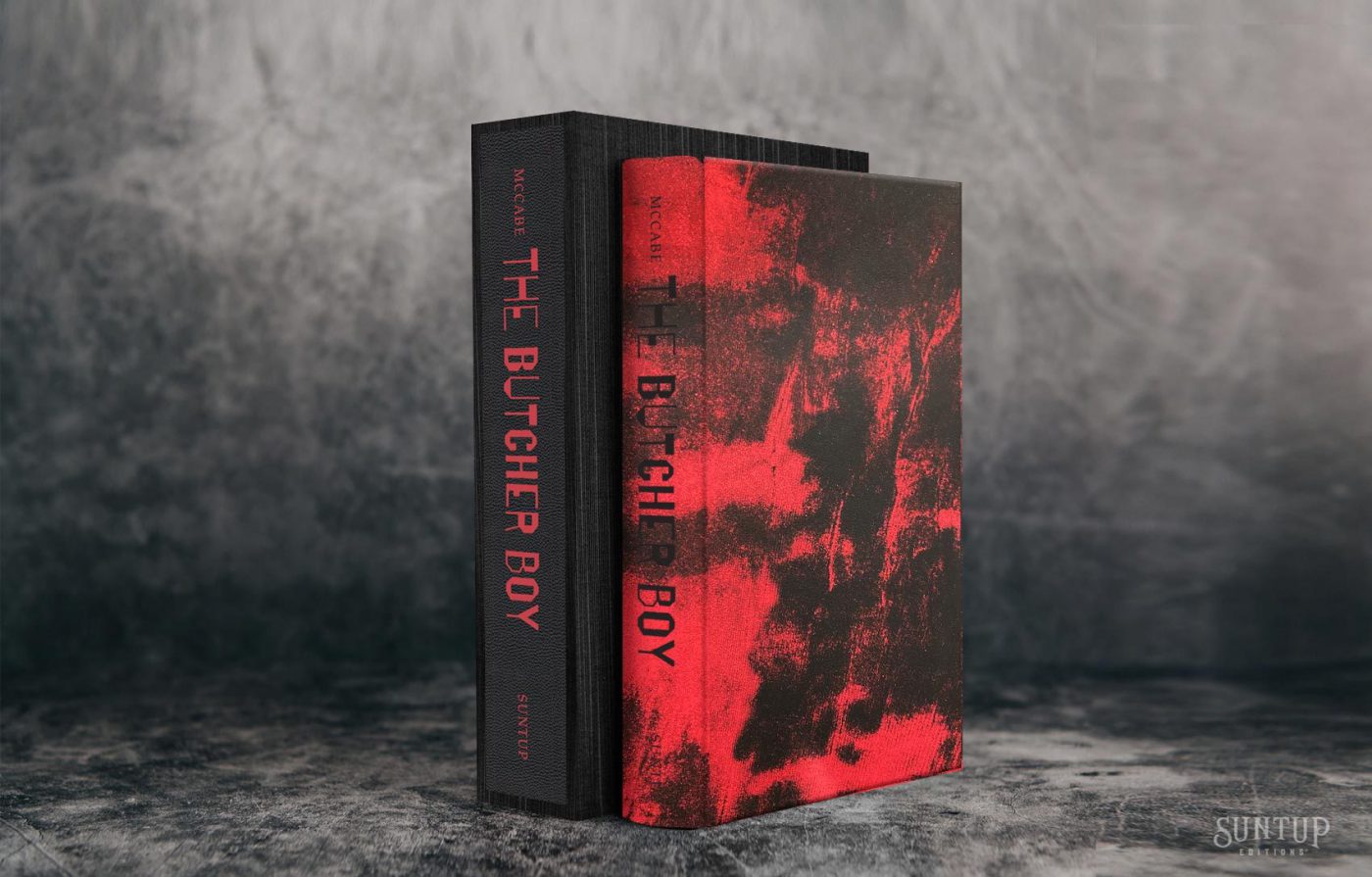 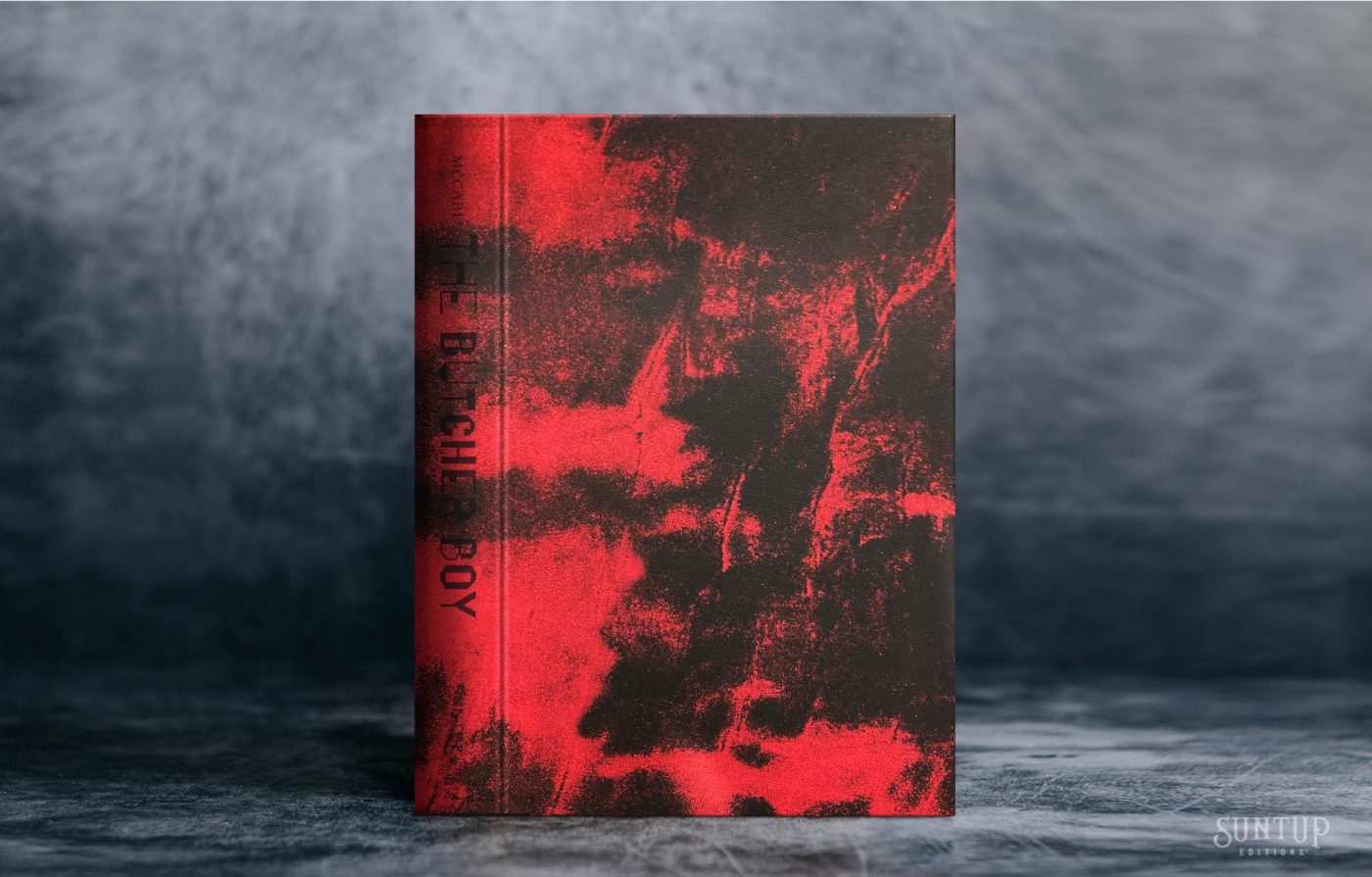 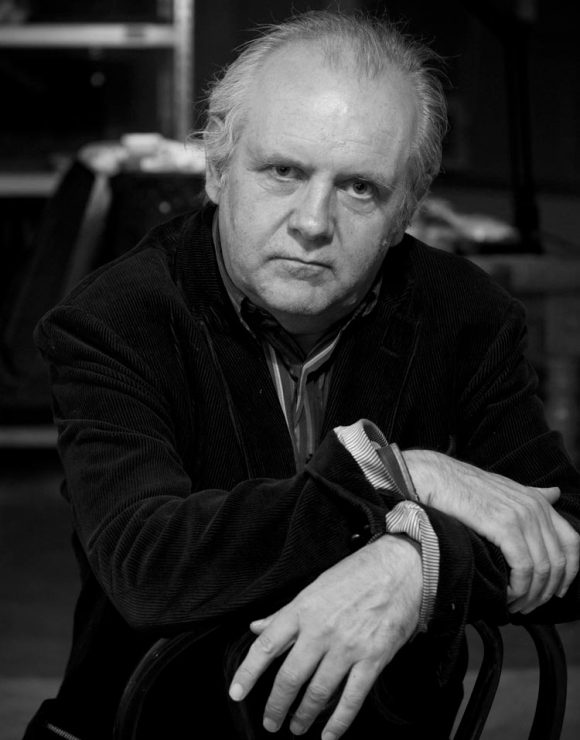 Patrick McCabe was born in Clones, County Monaghan in 1955. He is the author of many novels, plays and other works, including Carn, The Butcher Boy, The Dead School, Winterwood and his latest, Poguemahone. He was twice shortlisted for The Booker Prize with The Butcher Boy and Breakfast on Pluto. He is married to the painter and model-maker Margot Quinn, and has two grown-up daughters. He is currently completing a new novel entitled Watertown. 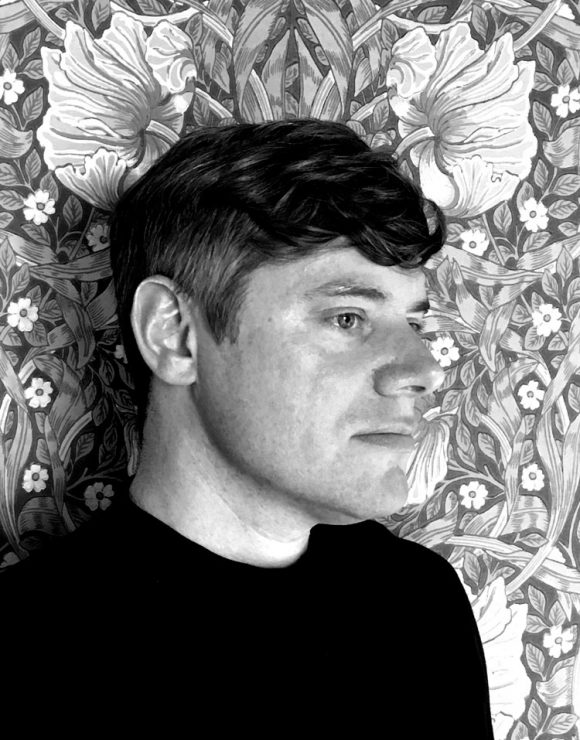 David Lupton is a British illustrator with a love of melancholy and the macabre. His work attempts to evoke these sensibilities along with a strong sense of atmosphere and narrative. Based in South East London, David works from his garden based studio with a view of the cloudy, grey slate skies that loom ominously over his Victorian house.

A Matching Pre-Order email is sent to owners of our previous publication, Hex (Numbers 1-250), and The Collector (Numbers 251-350) at 9:00 A.M. PT on the day of announcement. If you did not receive the email, contact us here. If your order is not received before the deadline, your designated number or letter will be assigned to the new owner. 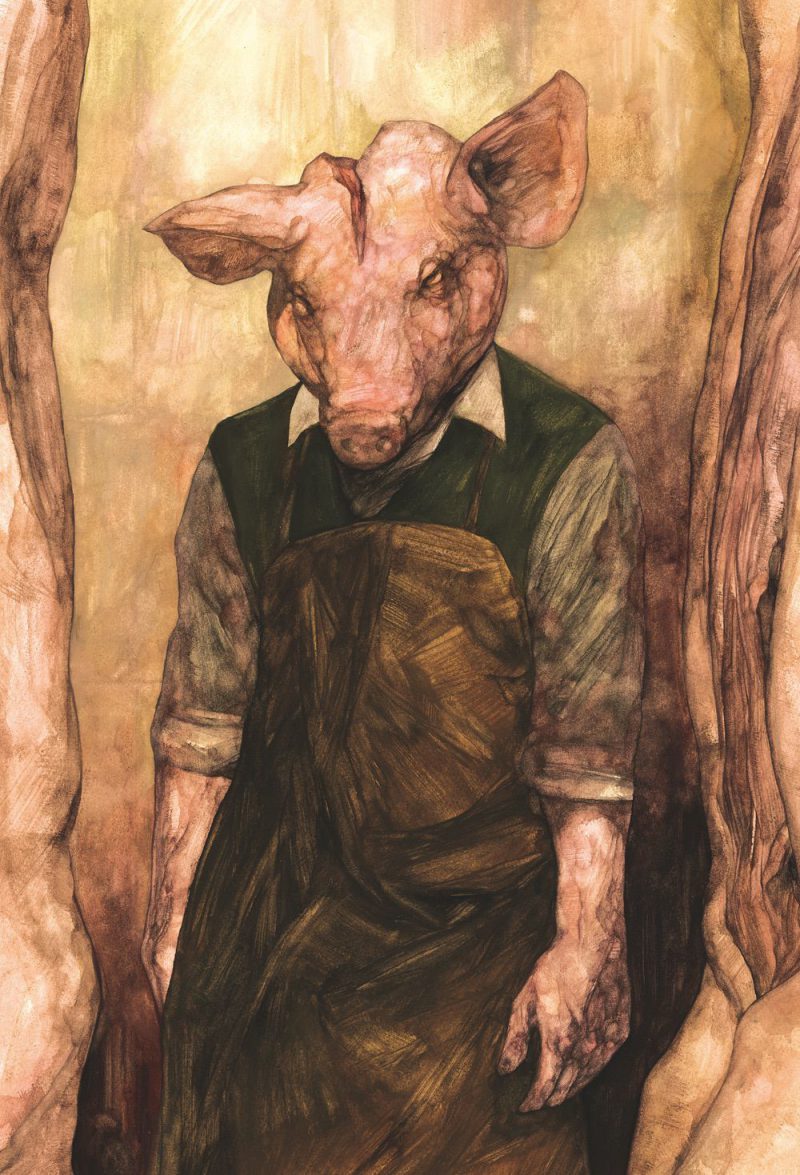 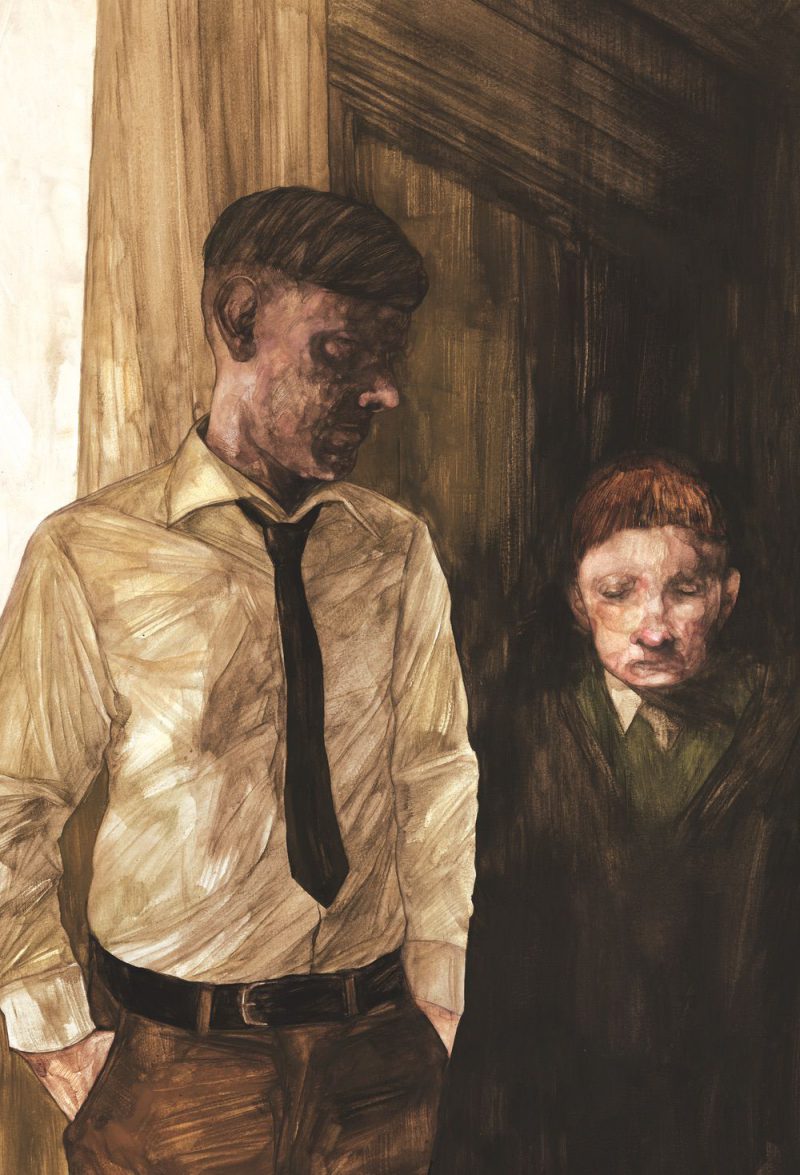 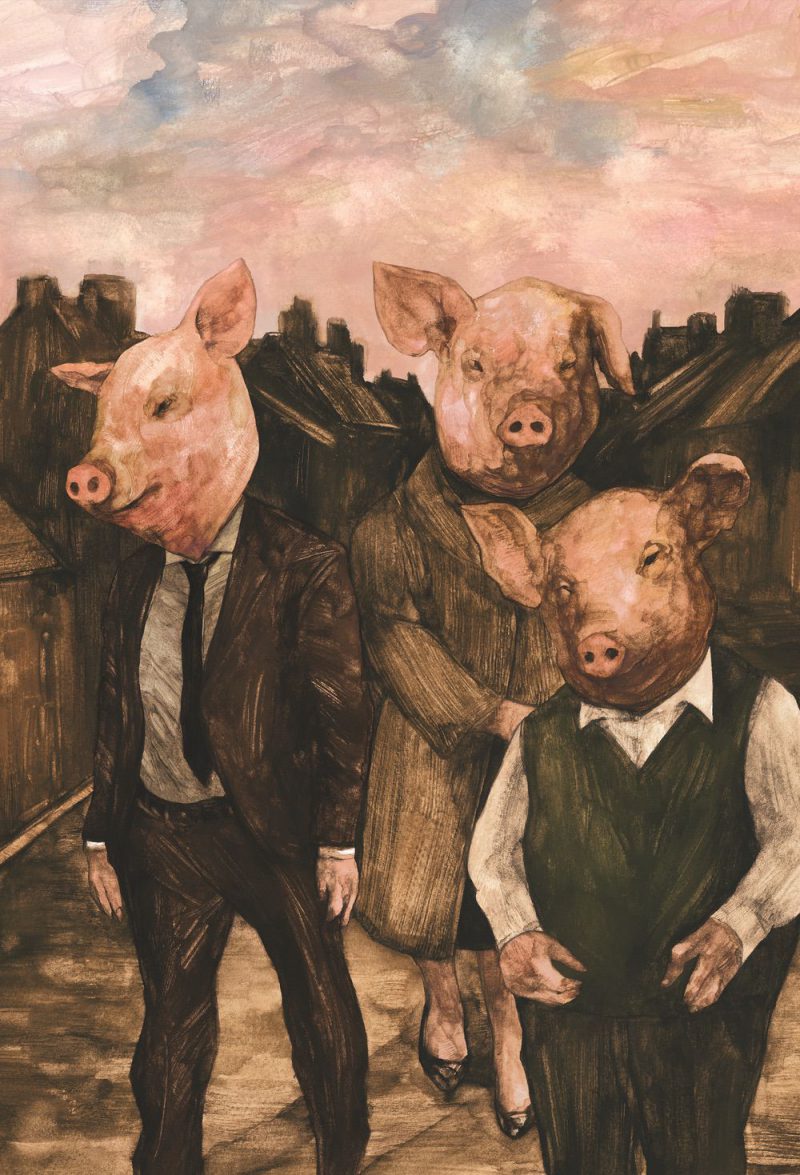 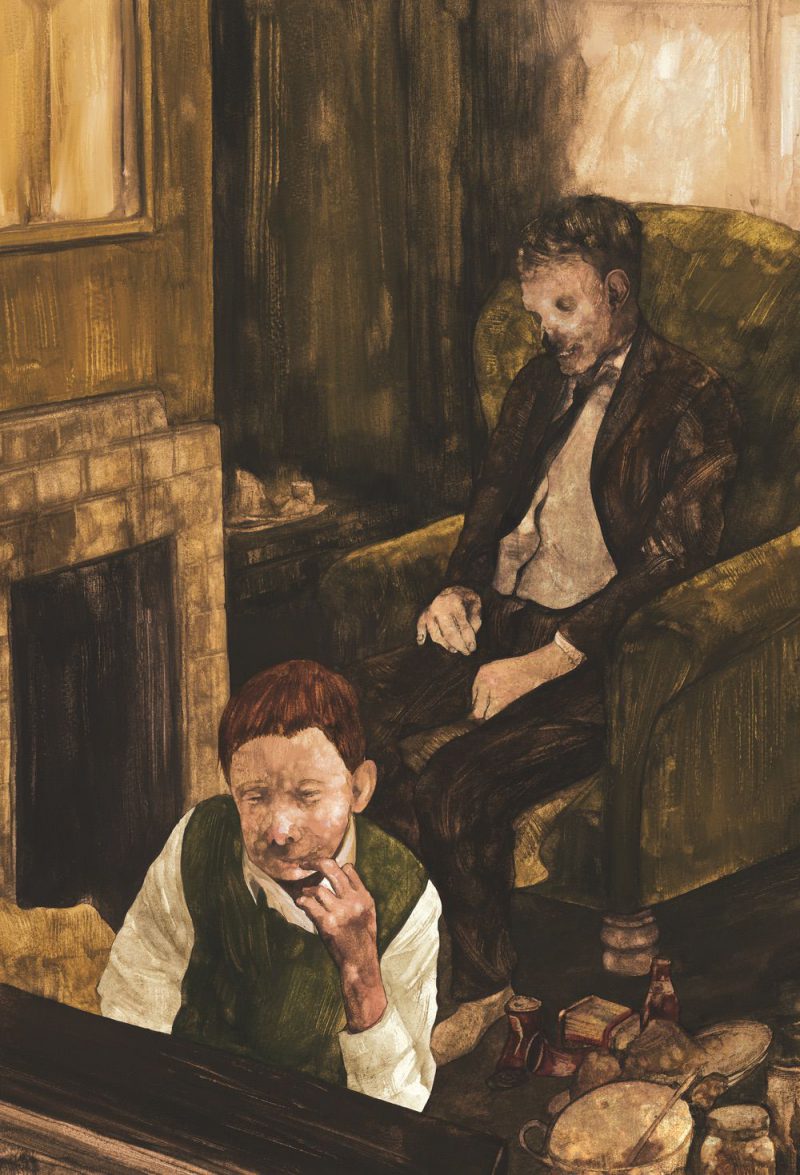 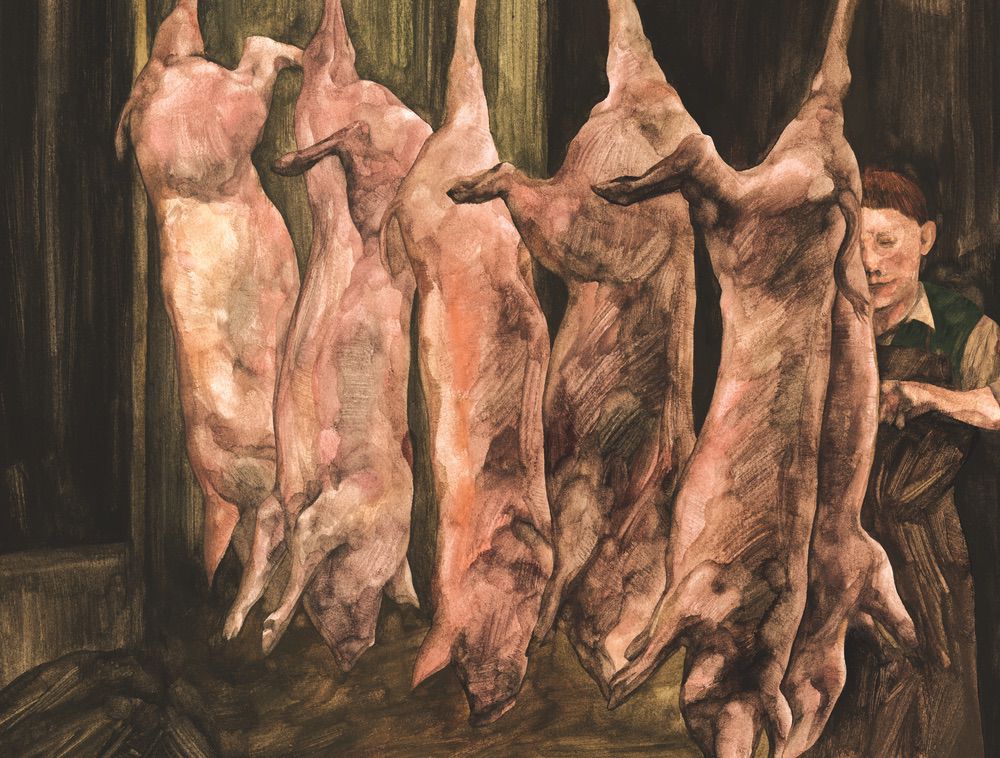