The Auctioneer by Joan Samson

One of the finest and bestselling horror novels of the 1970’s, Joan Samson’s The Auctioneer is a chilling masterpiece of terror. In an isolated New Hampshire farming community where little has changed over the past several decades, John Moore and his wife Mim do their best to maintain the family farm and live a modest, hardworking life. But from the moment the charismatic Perly Dunsmore arrives in town, soliciting donations for his auctions, the community of Harlowe slowly and insidiously starts to change. As the auctioneer carries out his terrible, inscrutable plan, the Moores and their neighbors will find themselves gradually but inexorably stripped of their freedom, their possessions, and perhaps even their lives.

Upon its release in 1975, The Auctioneer was received with wide acclaim. Newsday hailed it “a suspenseful, engrossing novel with the most gripping and violent ending we’ve encountered for some time.” The Grand Rapids Press lauded it, “a powerful novel by a powerful author.” The New York Times called it, “explosive and chilling… I challenge anyone to resist it after reading the first few pages.”

Despite critical praise, sales of over a million copies, a popular television advertisement, and efforts to turn the novel into a film, The Auctioneer went out of print soon after its release and was considered a lost gem of a novel for subsequent decades. Written by a young, talented, and promising author, The Auctioneer would ultimately be Joan Samson’s only novel. Sadly, she passed away shortly after the book’s publication, edging the novel further into obscurity. The Auctioneer found its way back to print in 2018 in a trade edition, returning at last to chill a new generation of readers.

With echoes of Shirley Jackson’s “The Lottery” and Stephen King’s Needful Things, Samson’s slow burn of understated violence builds to a climactic fever pitch with an ending that makes for one of the most unforgettable horror novels of all time.

The limited edition of The Auctioneer by Joan Samson is presented in three states: Lettered, Numbered and an Artist Gift. The editions measure 6” x 9” and feature six black & white illustrations by Dave Christensen, as well as a new exclusive introduction by Warren C. Carberg, Jr.; and a preface by Grady Hendrix which appeared in the trade edition. The Lettered and Numbered editions also include a reproduction of the original first edition dust jacket art by Wendell Minor.

The Lettered edition is limited to 26 copies and is covered in rustic cowhide leather with a foil stamped cover. Endsheets are handmade bark paper and the edition is printed offset on Hahnemühle Ingress. The enclosure is covered in Japanese cloth. The edition is signed by Warren C. Carberg, Jr., Dave Christensen, Grady Hendrix and Wendell Minor. 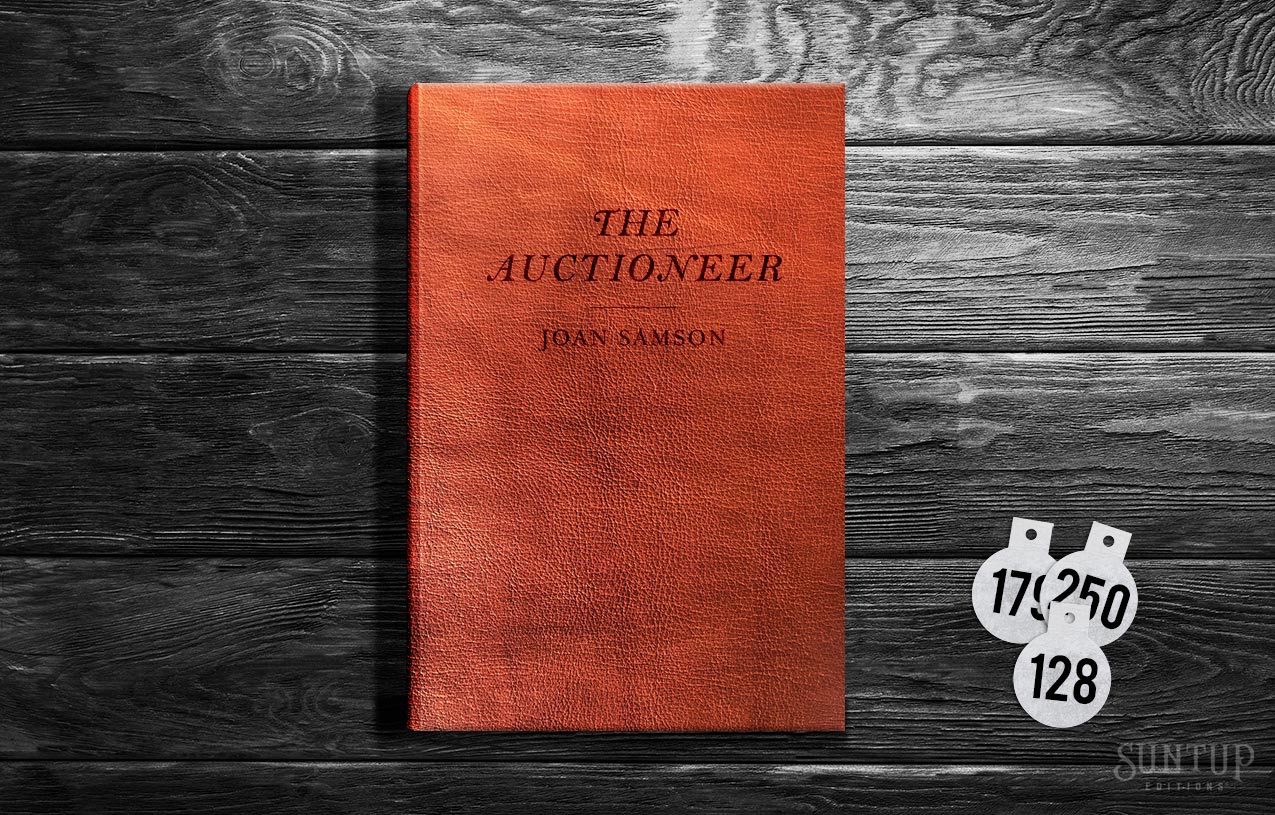 The Numbered edition of 250 copies is a quarter cloth, flatback binding with handmade Indiana Wheatstraw paper boards and a foil stamped cover. Endsheets are Hahnemühle Bugra and the edition is printed offset on Mohawk Superfine. The slipcase is covered in a custom designed paper wrap printed on Hahnemühle Bugra. The edition is signed by Warren C. Carberg, Jr., Dave Christensen, Grady Hendrix and Wendell Minor. 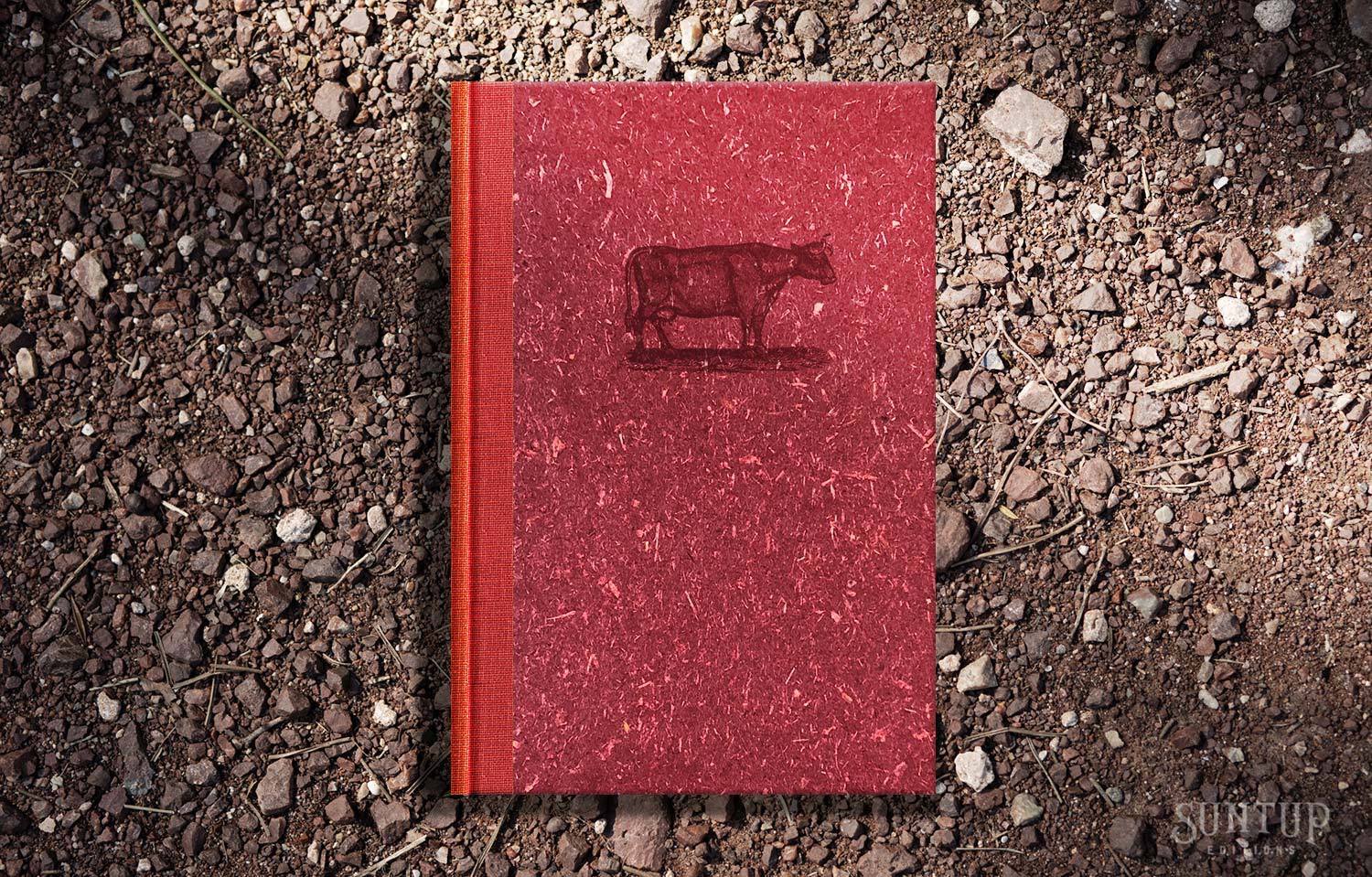 Demand for our Numbered editions has been far greater than the available supply. We have taken action to increase print runs on future titles, and you can read more about that here. Please be aware that this edition will only be available for purchase through a lottery when it opens up for public pre-order.

The Artist Gift edition is limited to 1000 copies featuring the original first edition dust jacket artwork by Wendell Minor, reproduced in full color. It is a full cloth, smyth sewn binding with two-hits foil stamping. It is the only edition of the three with the dust jacket, and is signed by Dave Christensen and Wendell Minor. The edition is housed in a distressed faux leather embossed slipcase. 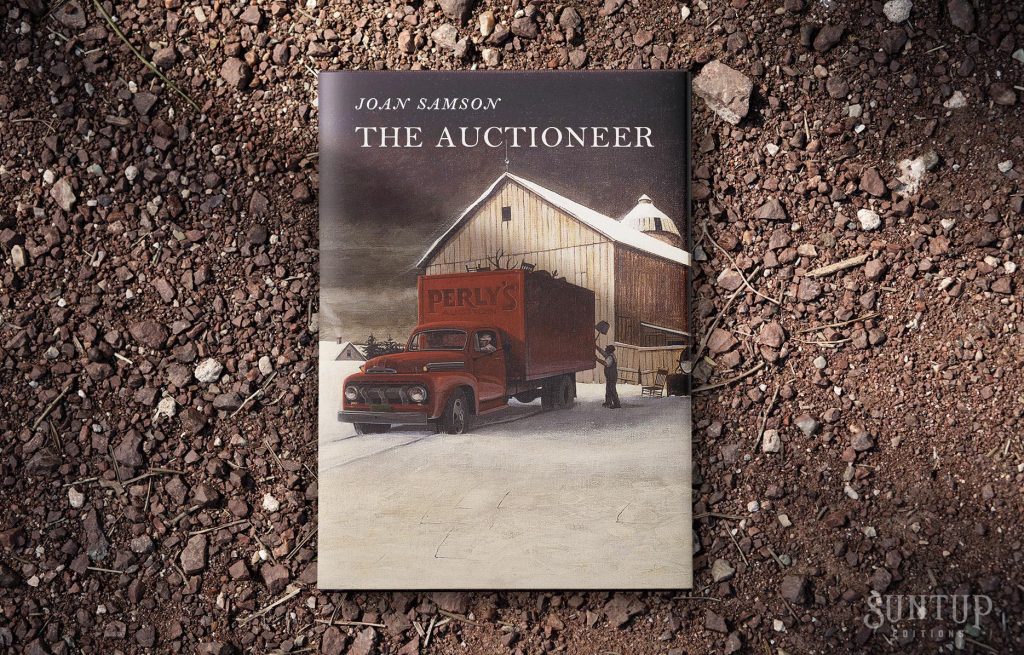 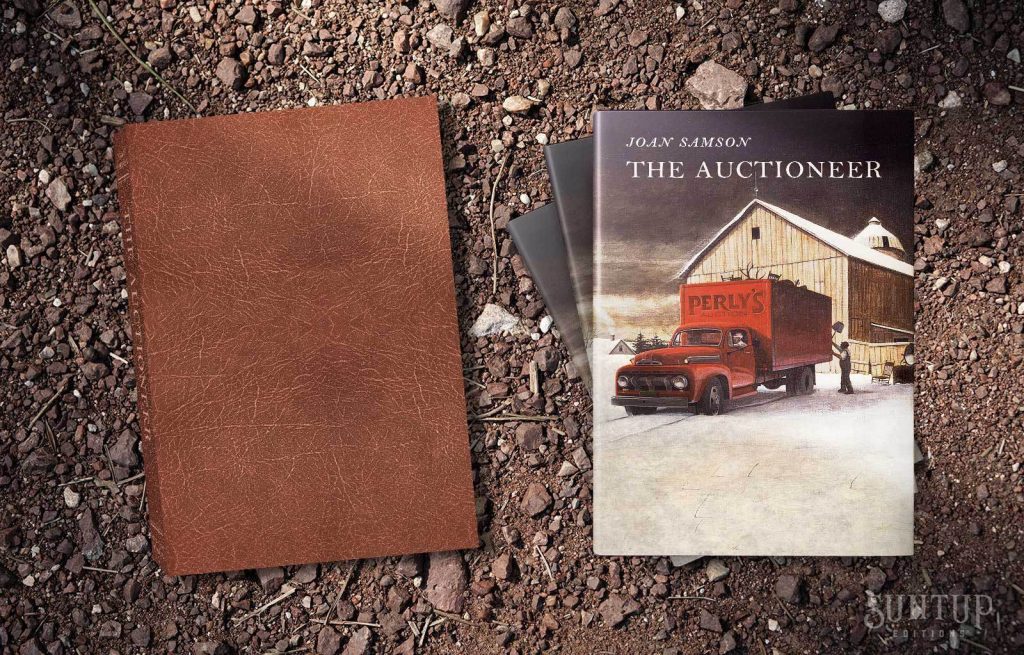 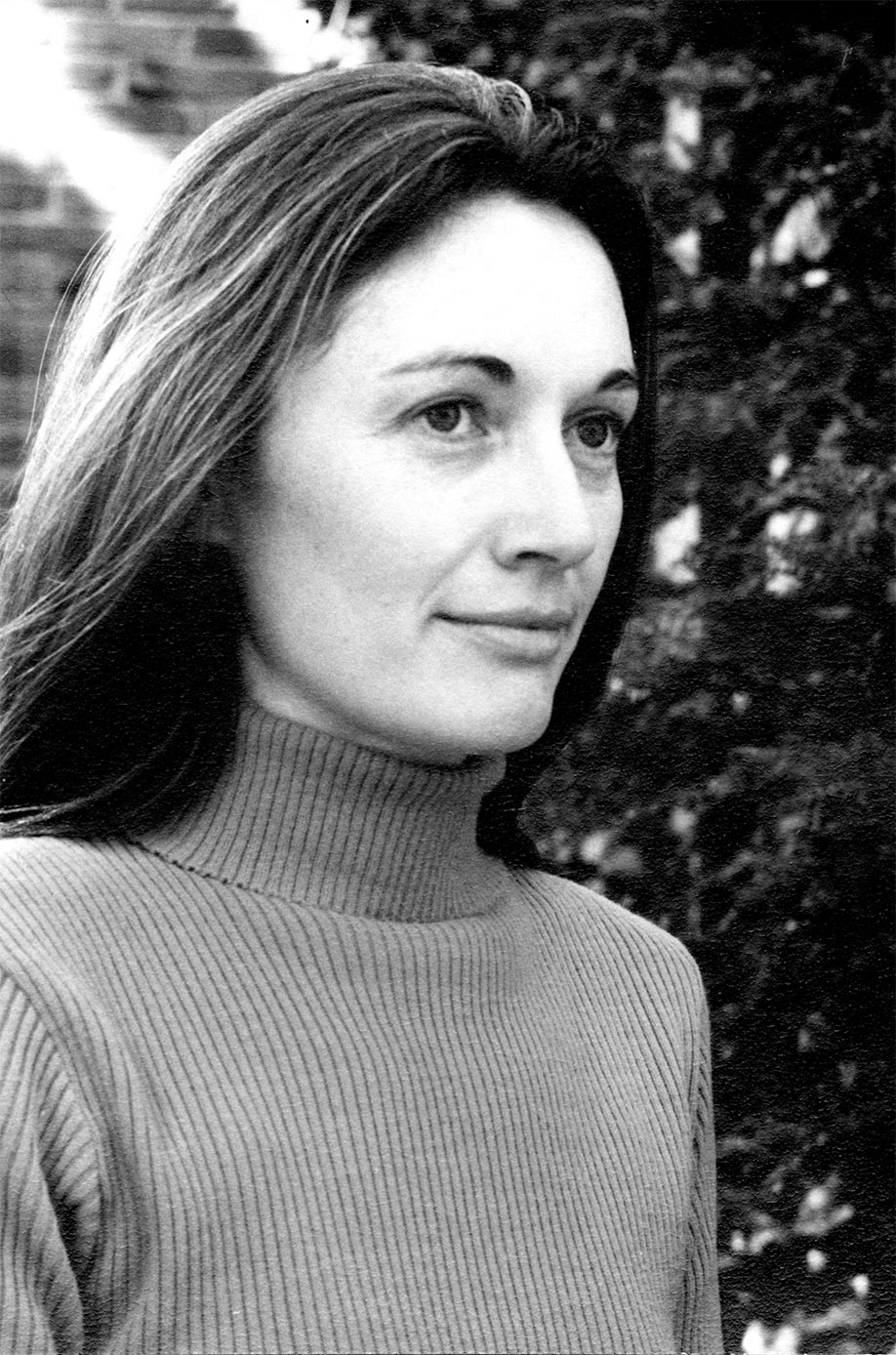 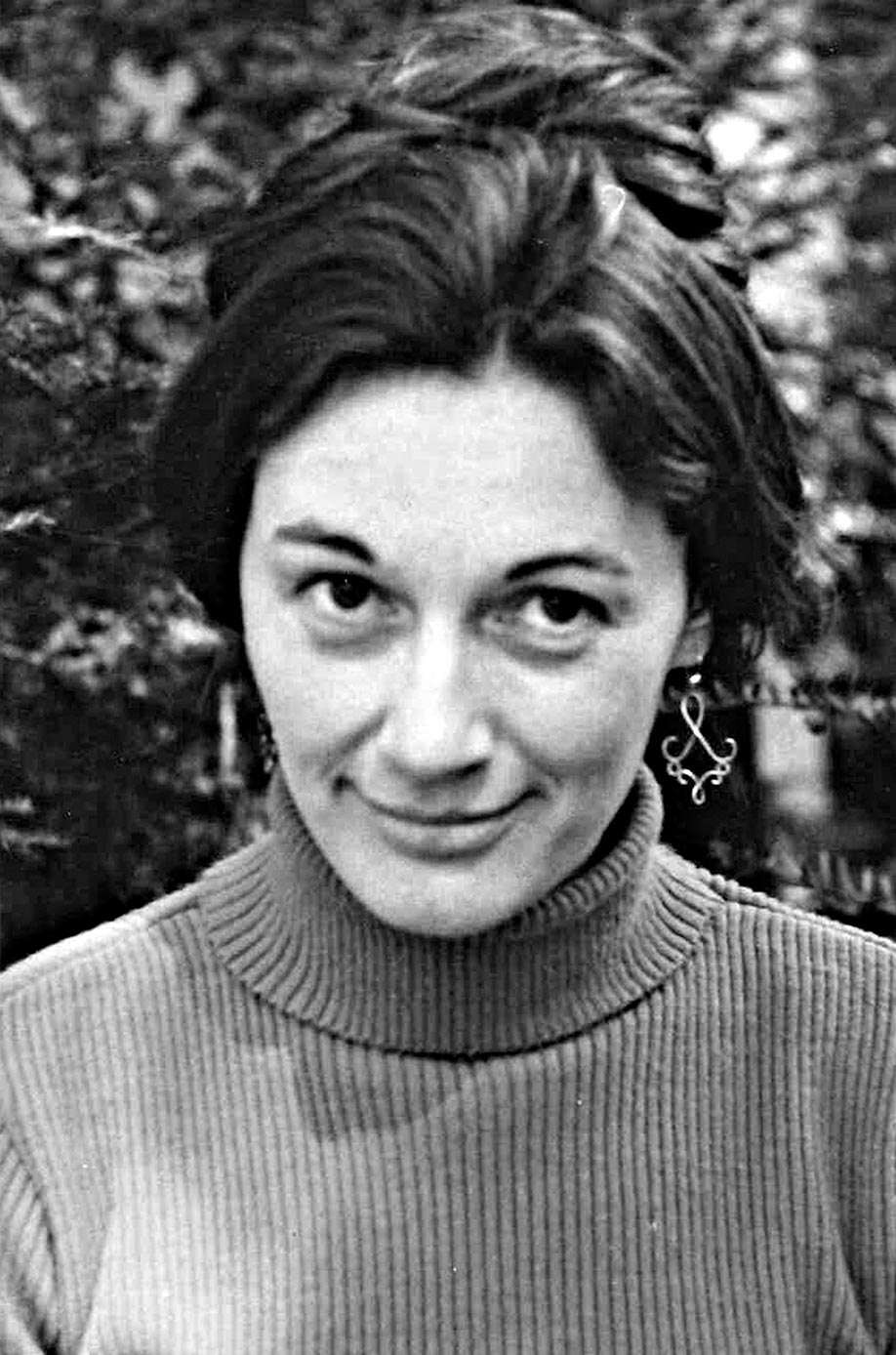 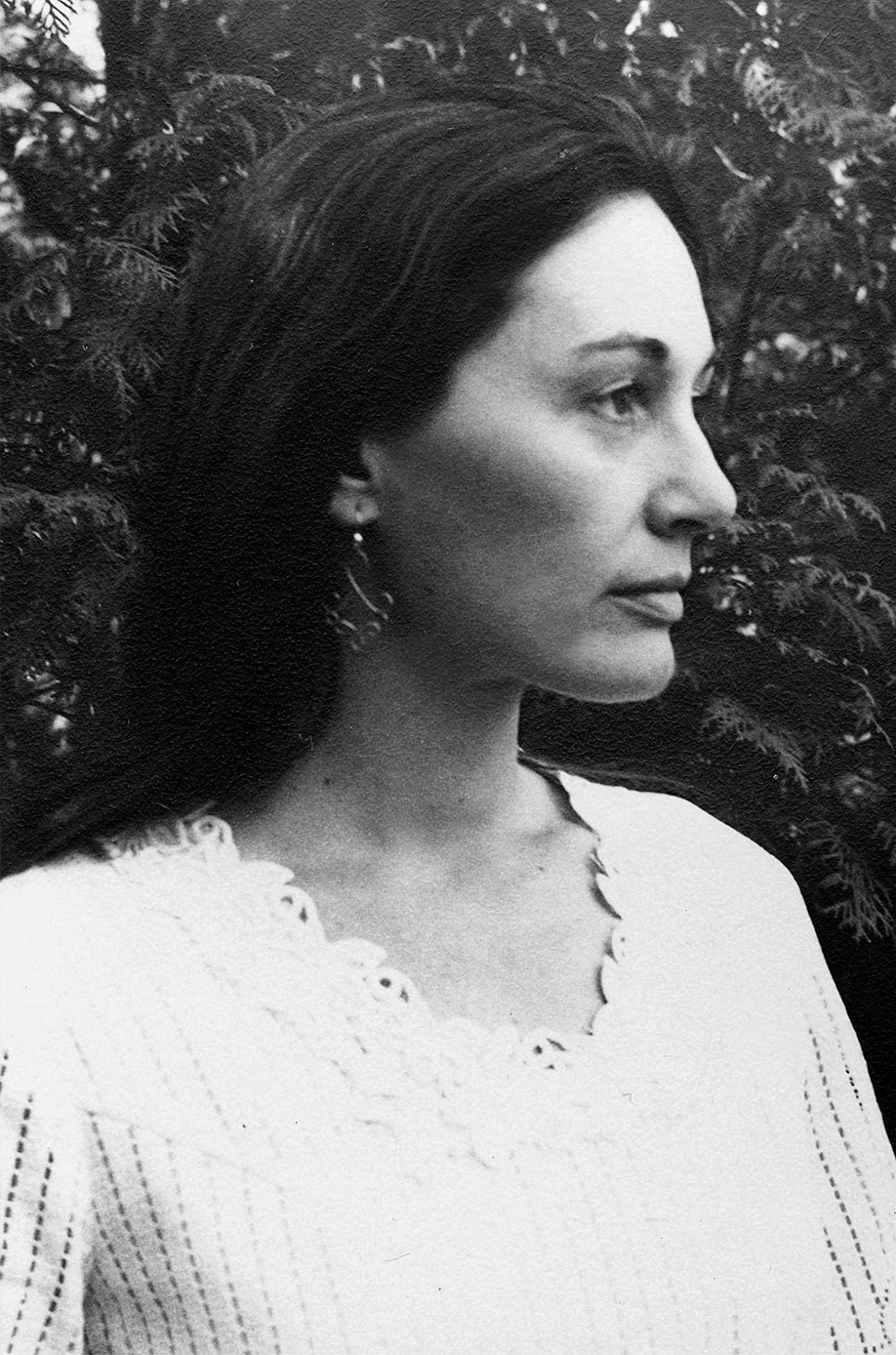 Joan Samson (1938-1976) is the author of the bestselling novel, The Auctioneer. It is Samson’s first and only novel, published just before her death in 1976 at the age of 38. The Auctioneer was republished by Valancourt Press in 2018, and discussions are currently underway with Catalyst Global Media Ltd in London to adapt the novel for a limited series television presentation. 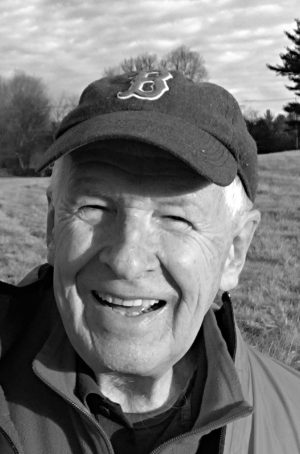 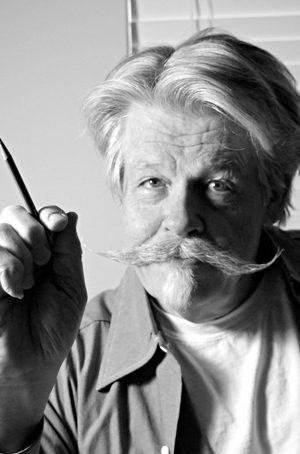 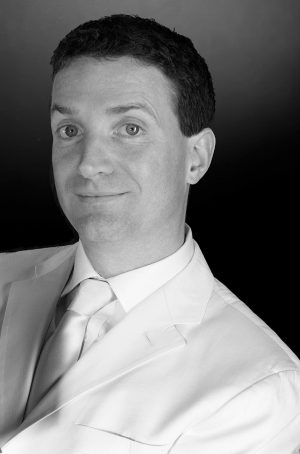 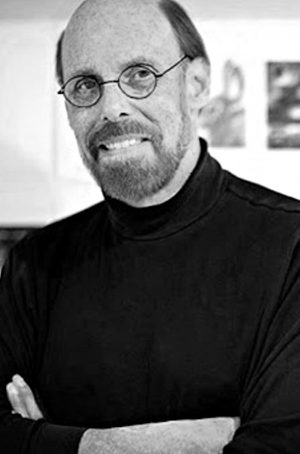 Warren C. Carberg, Jr. is the widowed husband of Joan Samson, author of the national bestseller and critically acclaimed novel The Auctioneer. Carberg is currently writing a memoir of his wife, including the mysterious circumstances that led to her writing The Auctioneer.

Dave Christensen graduated from Art Center College of Design in 1973, and soon after moved to New York City where he illustrated over 150 book covers, the best known of which are the first editions of Stephen King’s novels ‘Salem’s Lot and The Shining. In 1986, Christensen began illustrating movie posters, and has worked on more than 1,500 movies.

Grady Hendrix is a New York Times bestselling author and screenwriter who has written Horrorstör, My Best Friend’s Exorcism, Paperbacks from Hell, and many more. His movies include Satanic Panic and Mohawk.

Wendell Minor is nationally known for the artwork he has created for over fifty award-winning children’s books. Wendell is also the cover artist and designer of over two thousand books. His portrait of “Truman” for the cover of David McCullough’s book is in the permanent collection of the National Portrait Gallery in Washington DC.

The Numbered edition is available for pre-order on Saturday, September 19th 2020 at 9 A.M. Pacific by lottery only. 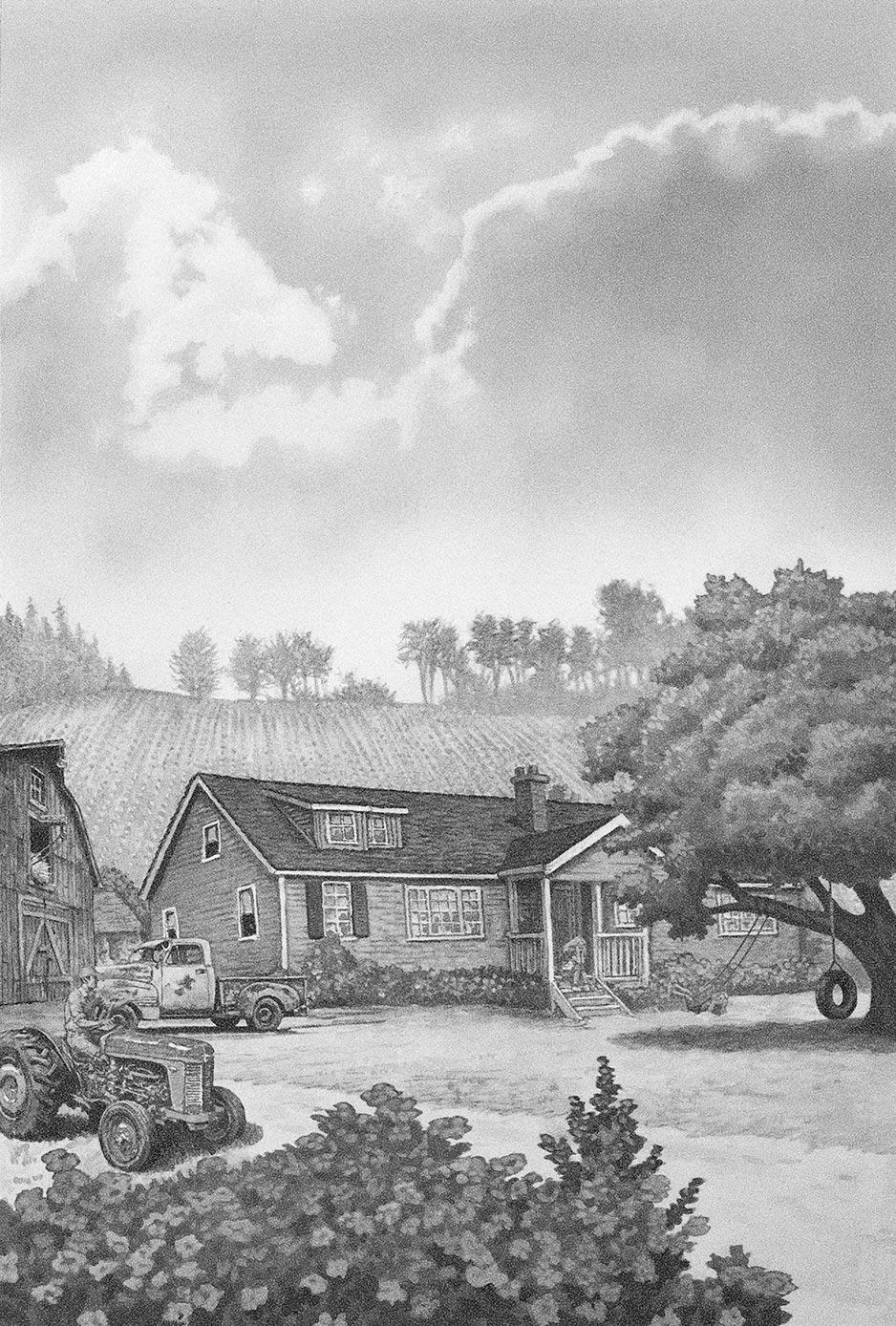 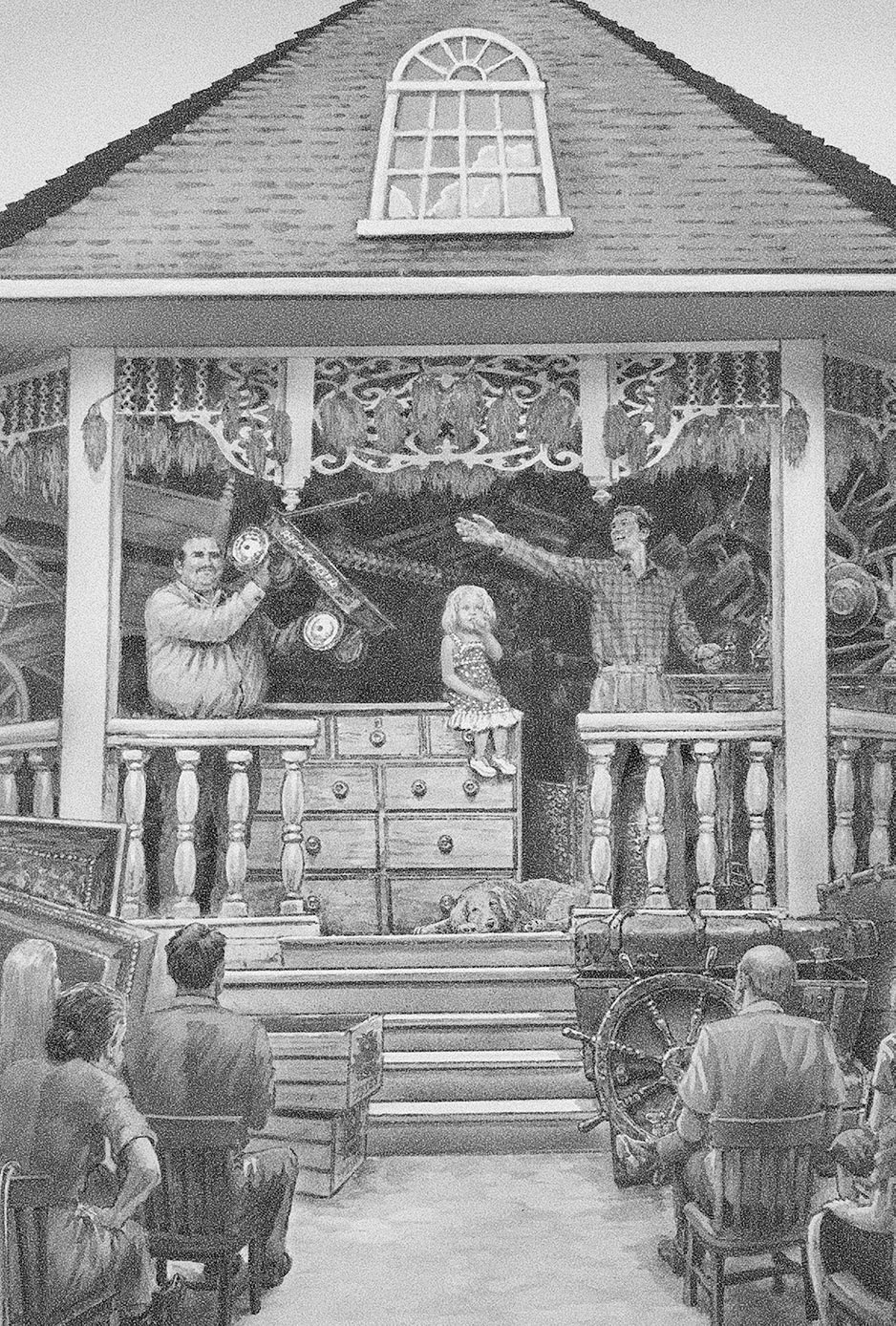 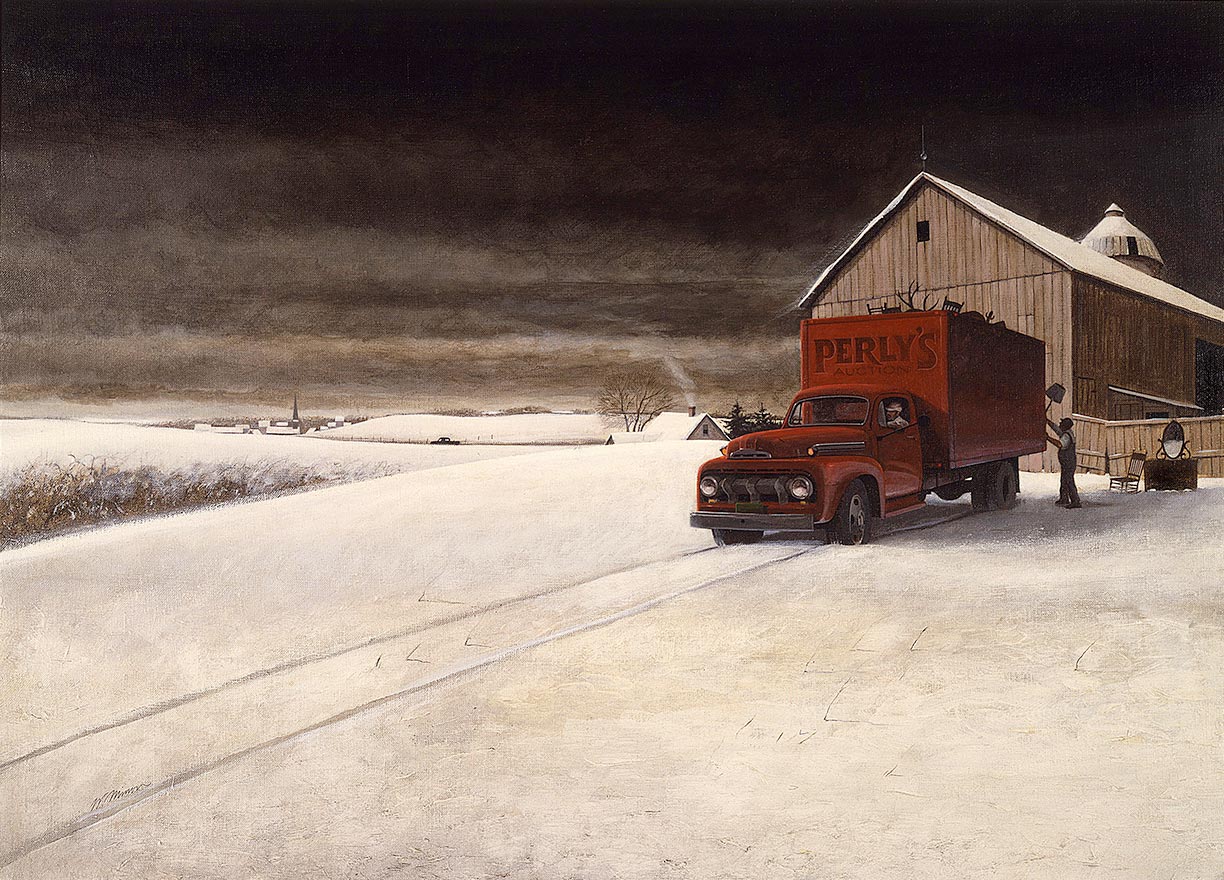 Published editions may differ slightly from mockups and prototype designs.
Illustrations © 2019 by Dave Christensen
First Edition dust jacket illustration © 1975 by Wendell Minor.
* 5% processing fee applies on installment plans. You can save time at checkout by registering your Partial.ly account in advance by clicking here. (This is the service we use to administer the installment payments.) If you already have an account, there is no need to register again.