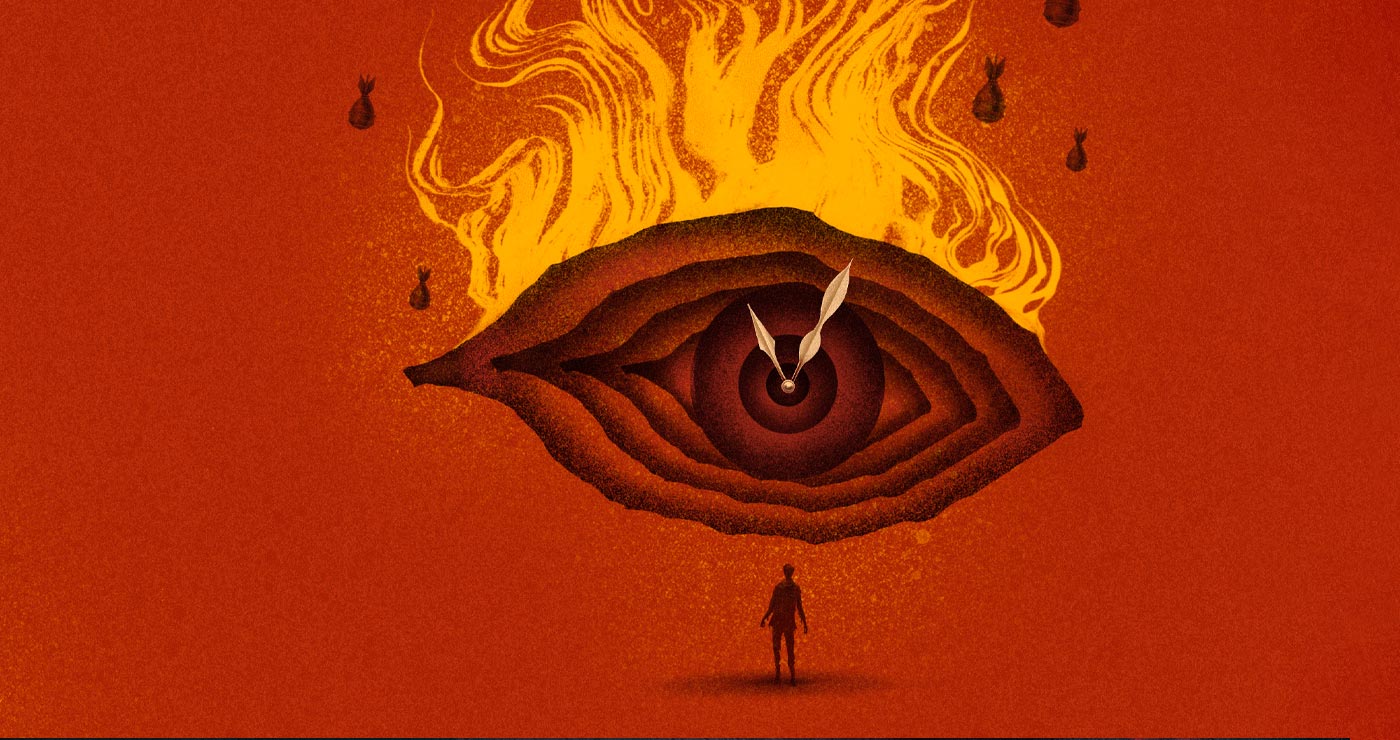 An American classic named by Modern Library as one of the top 20 best novels of all time, Slaughterhouse-Five is Kurt Vonnegut’s semi-autobiographical, science fiction infused anti-war masterpiece that defies genre.

Slaughterhouse-Five is the story of Billy Pilgrim, a World War II veteran and POW who becomes “unstuck in time,” experiencing all known events of his chronology out of order and sometimes simultaneously. Traumatized by the bombing of Dresden, Pilgrim drifts through all events and history—sometimes deeply implicated, sometimes a witness—as he struggles to find purpose, order, or meaning to his own existence and to that of humanity.

Published on March 31, 1969, Slaughterhouse-Five, or, The Children’s Crusade: A Duty-Dance with Death is the result of what Kurt Vonnegut described as a twenty-three-year struggle to write a book about what he had witnessed as an American prisoner of war. It combines historical fiction, science fiction, autobiography, and satire in an account of the life of Billy Pilgrim, a barber’s son turned draftee turned optometrist turned alien abductee. Billy experiences the destruction of Dresden as a POW, much like Vonnegut did. Unlike Vonnegut, he experiences time travel, or coming “unstuck in time.”

An instant bestseller, Slaughterhouse-Five made Kurt Vonnegut a cult hero in American literature, a reputation that only strengthened over time, despite the book being banned and censored by some libraries and schools for content and language. But it was precisely those elements of Vonnegut’s writing—the political edginess, the genre-bending inventiveness, the frank violence, the transgressive wit—that have inspired generations of readers not just to look differently at the world around them but to find the confidence to say something about it.

In 2019, The New Yorker wrote, “Vonnegut’s novel is about that, about the inevitability of human violence, and about what it does to the not particularly violent human beings who get caught up in it.” Slaughterhouse-Five remained on the New York Times bestseller list for a total of sixteen weeks. The novel was a finalist for the National Book Award, and it was nominated for both the Nebula and Hugo.

This edition of Slaughterhouse-Five by Kurt Vonnegut is presented in three states: Artist, Numbered and Lettered. The editions measure 6” x 9” and feature six full color illustrations by Julian De Narvaez as well as ten pen and ink vignettes which appear at the head of each chapter. The editions include a new introduction by Jess Walter and a frontispiece illustration by Edith Vonnegut.

The Artist edition is limited to 1000 copies, and is the only edition to feature a wraparound dust jacket illustrated by Julian De Narvaez. It is a full cloth, smyth sewn binding with a foil blocked cover, and is housed in a slipcase covered in dyed through paper. Endsheets are illustrated and the edition is printed offset on Cougar Natural Vellum paper. It is signed by the artist. 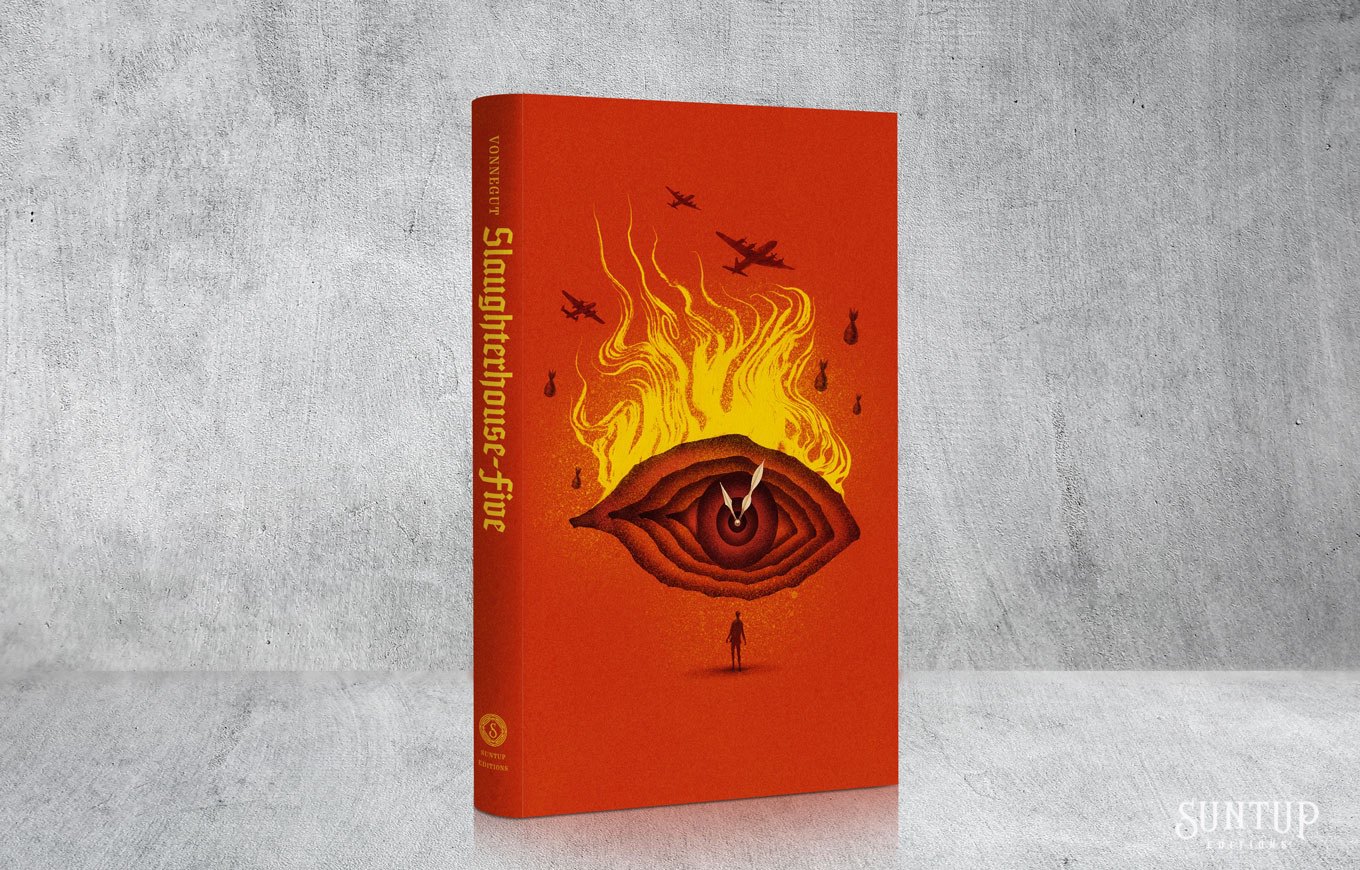 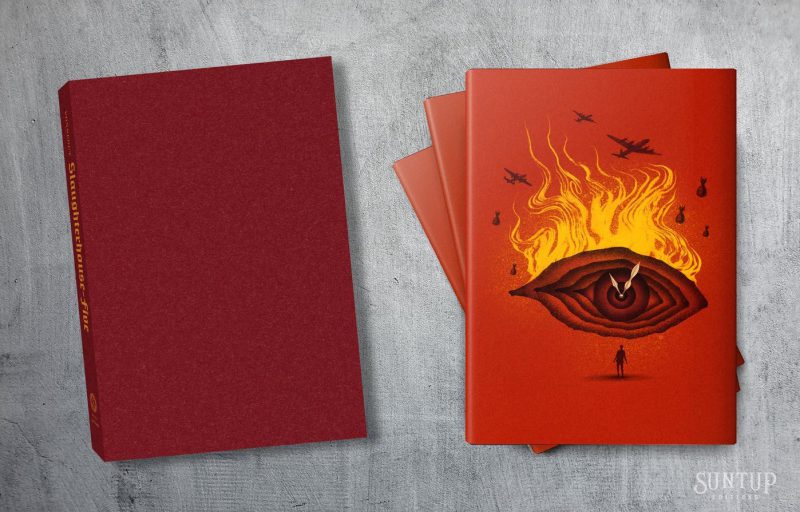 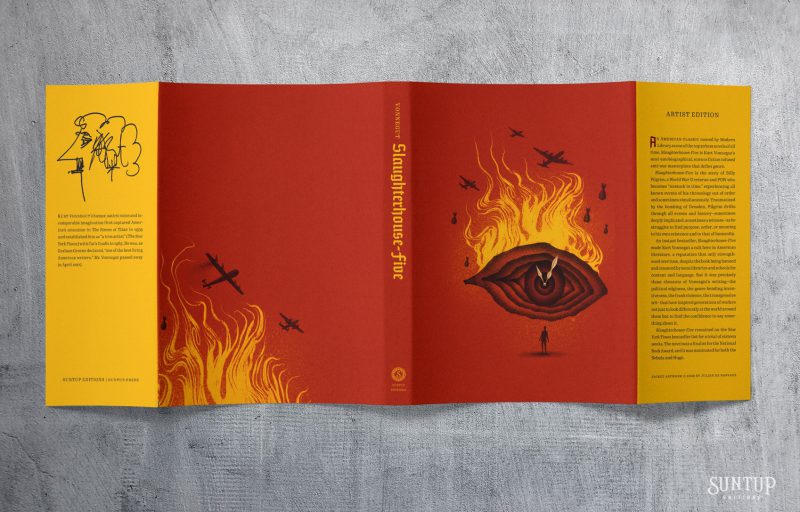 The Numbered edition of 350 copies is a quarter goatskin binding with a duo-tone woven cotton cloth covering the boards. The cover features an inset label printed letterpress. Headcaps are sculpted and the headbands are handmade. Endsheets are Canson Mi-Teintes and the edition is housed in a slipcase covered with woven cloth and a paper label wrapping the spine and sides.

The edition is printed letterpress on Stonehenge cotton paper by Bradley Hutchinson on his Heidelberg cylinder press, and is handbound in the United Kingdom by Roger Grech. This edition is signed by Edith Vonnegut, Jess Walter and Julian De Narvaez. 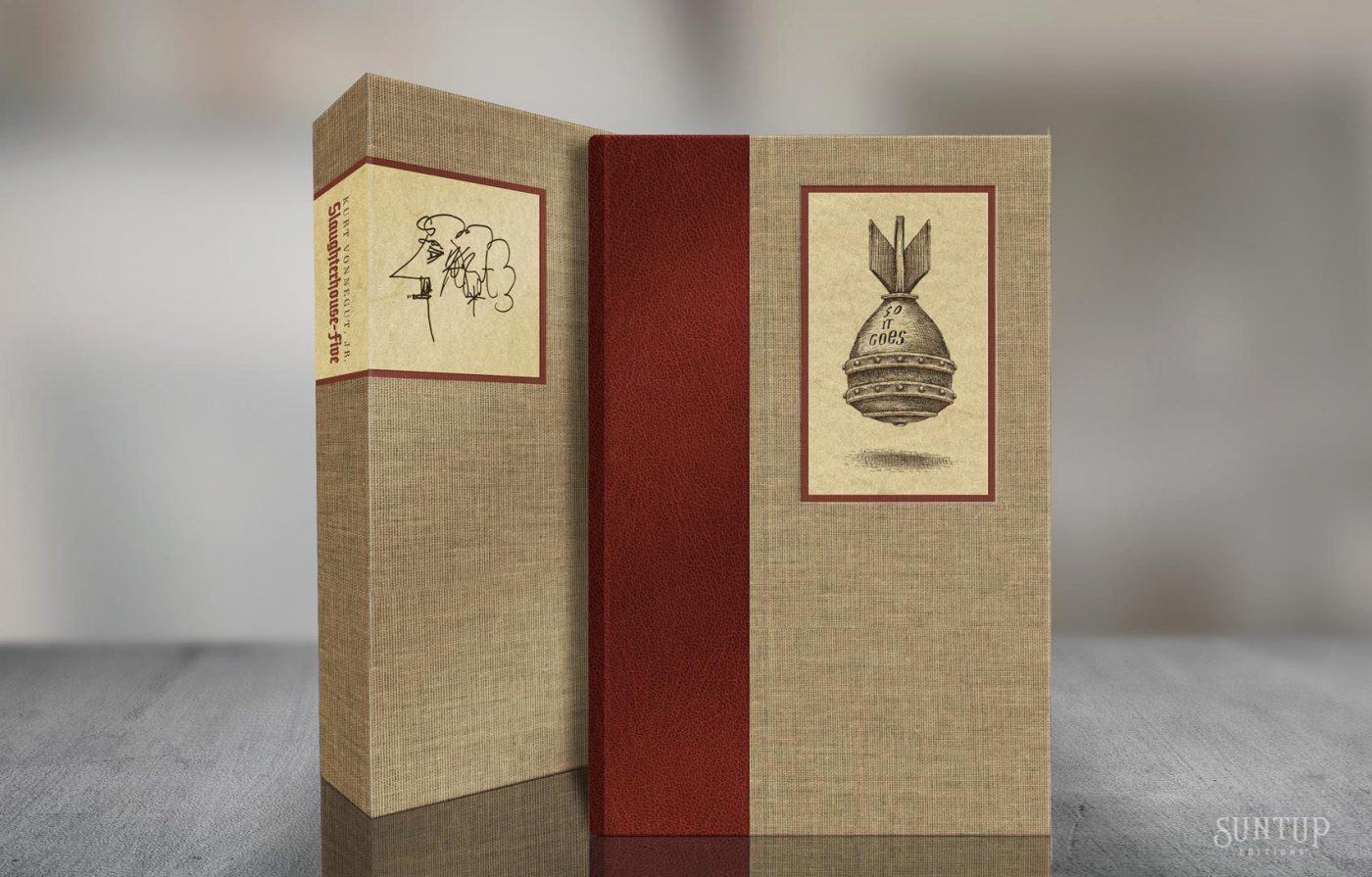 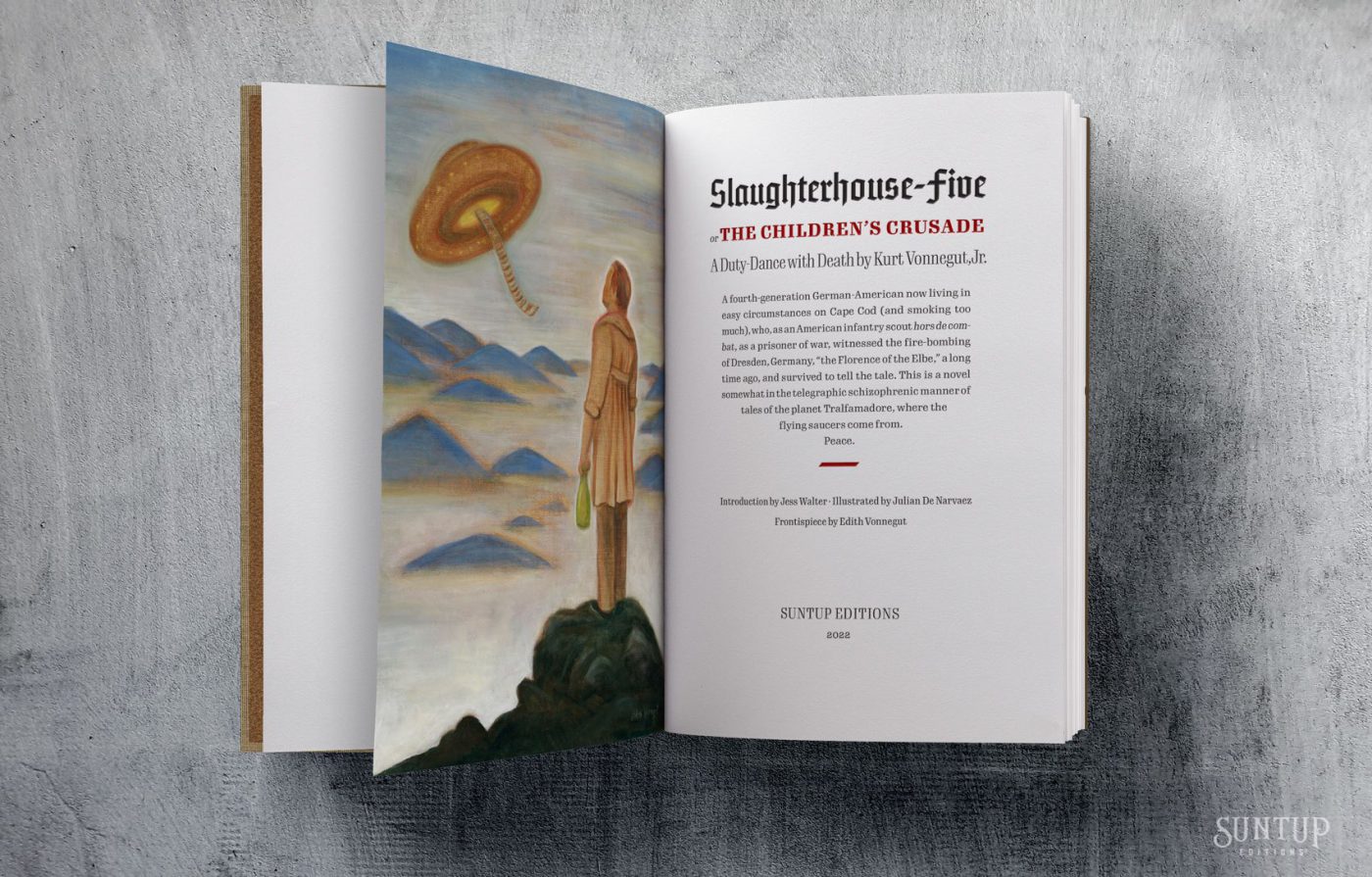 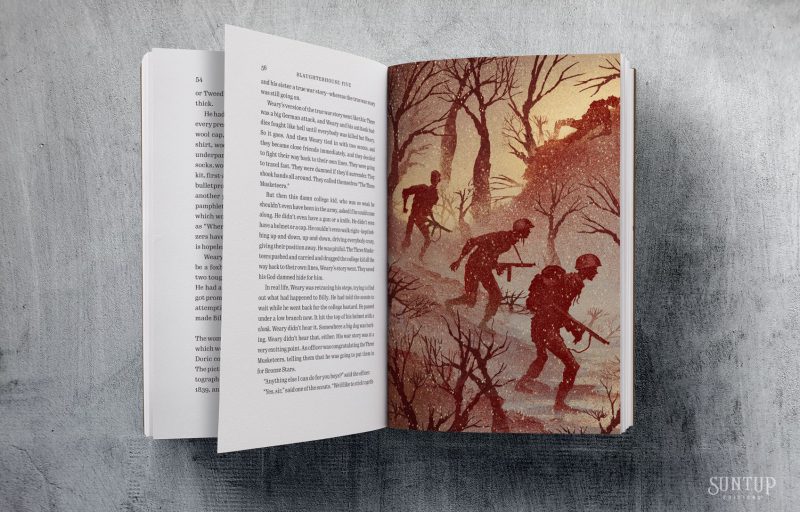 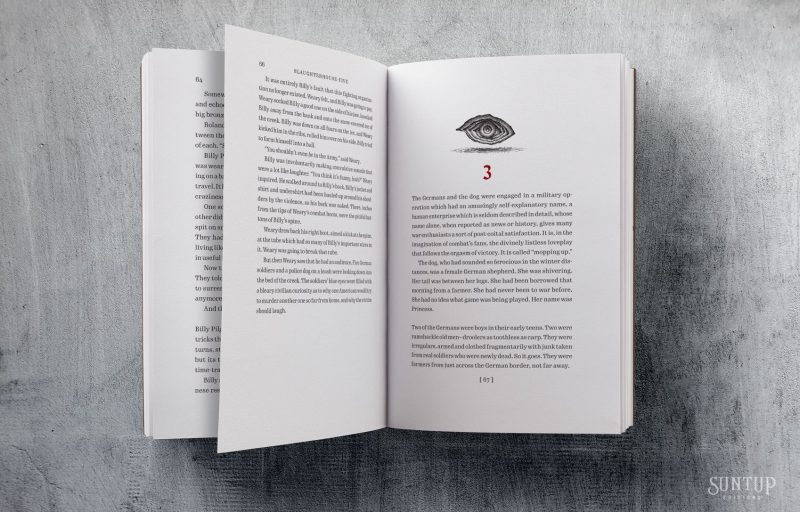 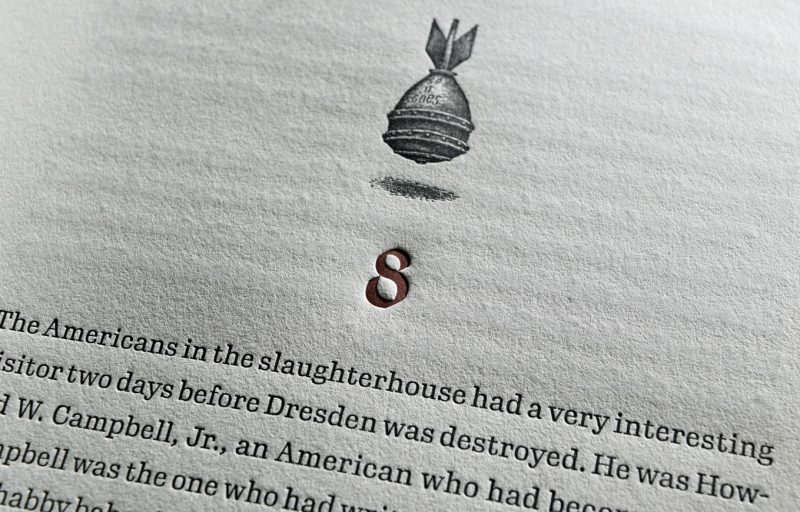 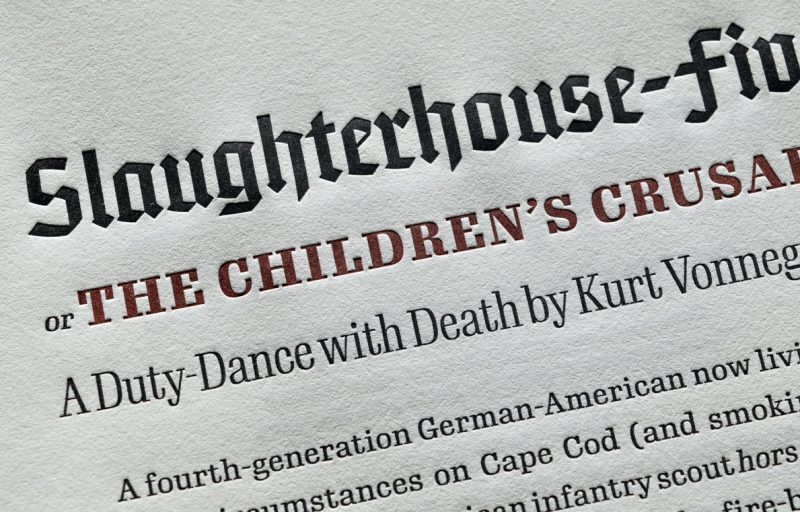 The Lettered edition is limited to 26 copies lettered A-Z and is a Bradel binding with a goatskin covered spine. The boards are covered in hand-dyed goatskin using a craquelé resist technique in yellows, oranges and reds. The top edge is hand cut and colored using acrylics, and the leather jointed end papers are handmade paste paper by Marie Kelzer. Headcaps are sculpted and the headbands are hand woven.

The edition is housed in a clamshell enclosure covered in Japanese cloth with flocked velour floors, and is printed letterpress on Stonehenge cotton paper by Bradley Hutchinson on his Heidelberg cylinder press. This edition is handbound by Gavin Dovey and is signed by Edith Vonnegut, Jess Walter and Julian De Narvaez. 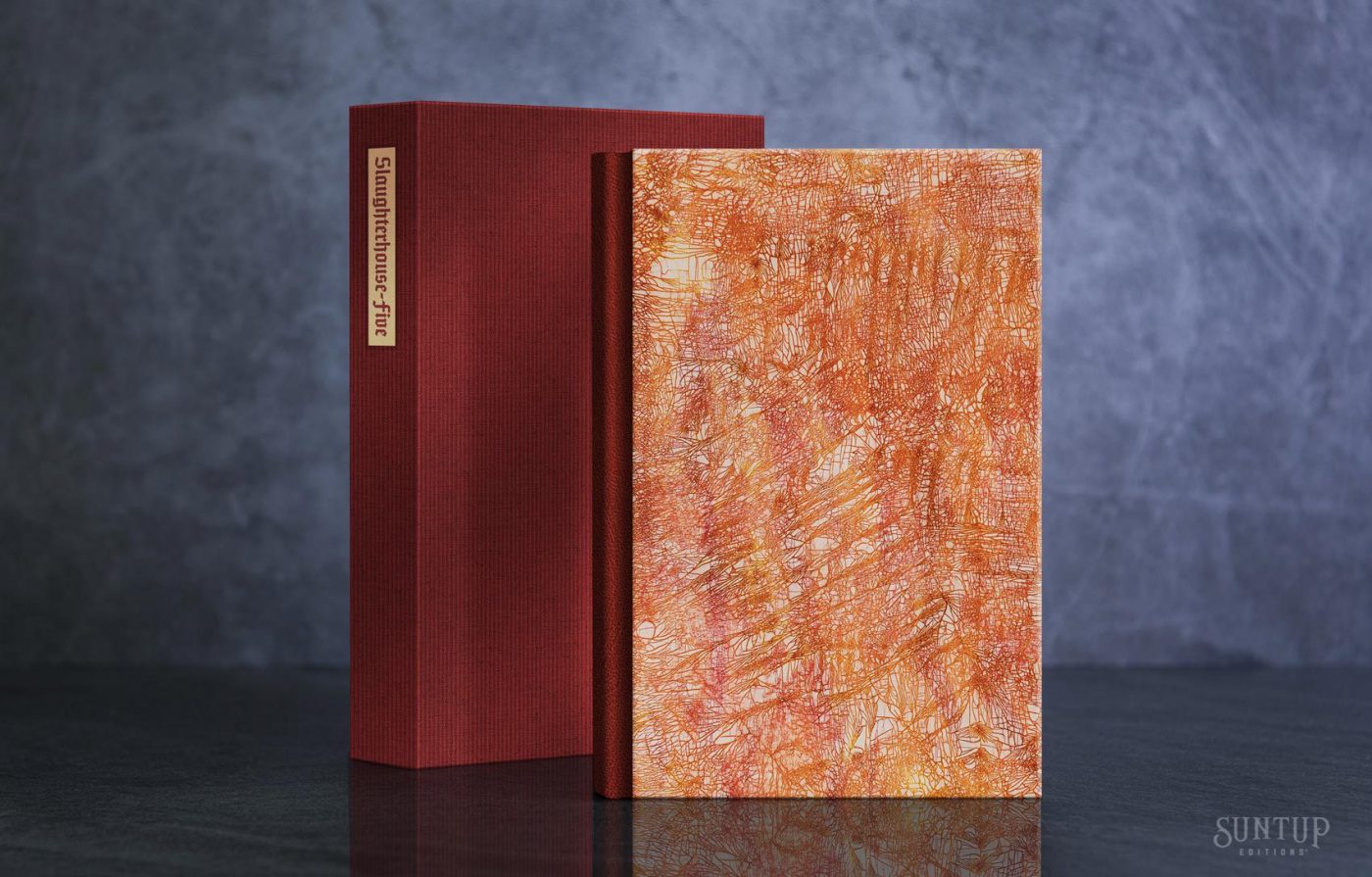 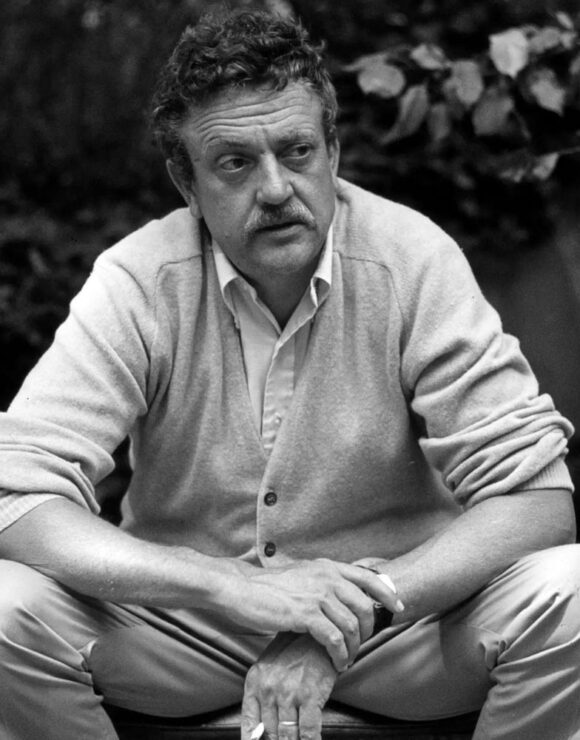 Kurt Vonnegut’s humor, satiric voice and incomparable imagination first captured America’s attention in The Sirens of Titan in 1959 and established him as “a true artist” (The New York Times) with Cat’s Cradle in 1963. He was, as Graham Greene declared, “one of the best living American writers.” Mr. Vonnegut passed away in April 2007. 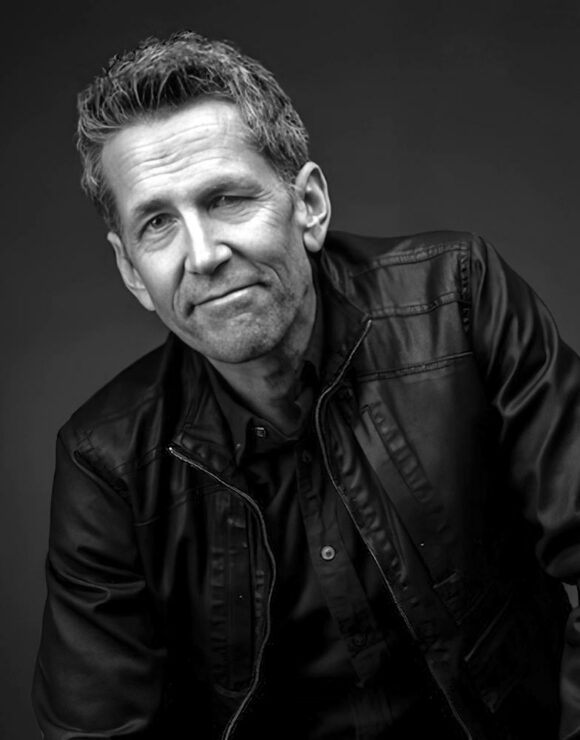 Jess Walter is the author of ten books, most recently the story collection The Angel of Rome and the bestselling novels The Cold Millions and Beautiful Ruins. Among his honors, he has been a finalist for the National Book Award and winner of the Edgar Allan Poe Award. His work has been published in thirty-two countries. He lives in Spokane, Washington, with his family. 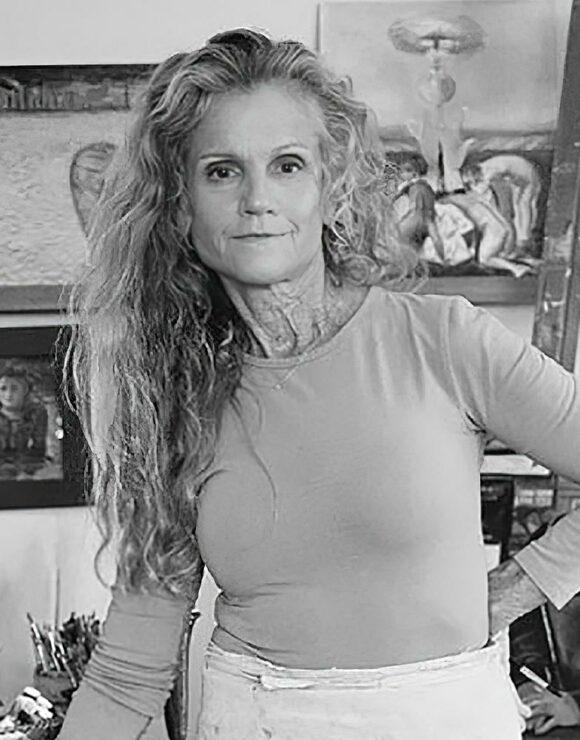 Edith Vonnegut has exhibited in galleries across the United States, and has worked as a contributing illustrator to The Franklin Mint Press, as well as The New York Times Op-Ed page.  She has written and illustrated the book Domestic Goddesses, and is currently working on a children’s book. 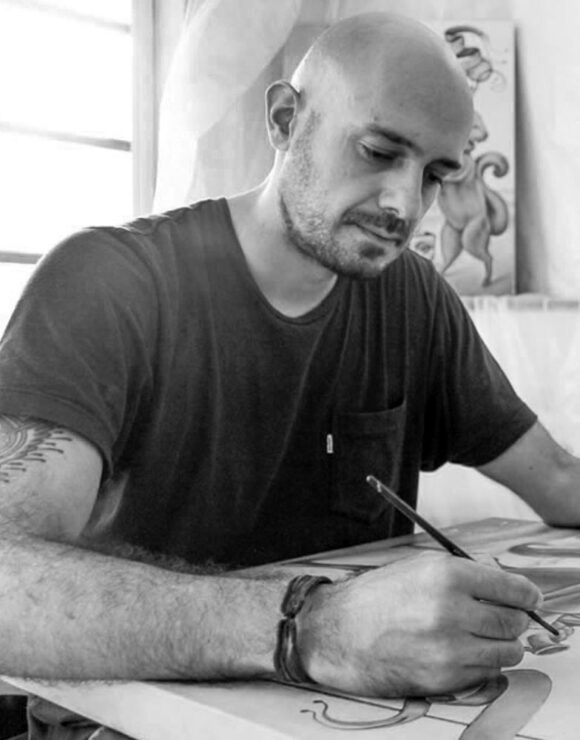 Julian De Narvaez is a graphic artist who bases his work on drawing as a generator of languages and narratives. On a technical level, his work tries to find a balance between traditional techniques and contemporary media, from pencil and paper to digital finishing. He currently resides in Colombia from where he continues to produce graphic work for books and other publishing projects.

A Matching Pre-Order email is sent to owners of our previous publication, The Omen at 9:00 A.M. PT on the day of announcement. If you did not receive the email, contact us here. If your order is not received before the deadline, your designated number or letter will be assigned to the new owner. 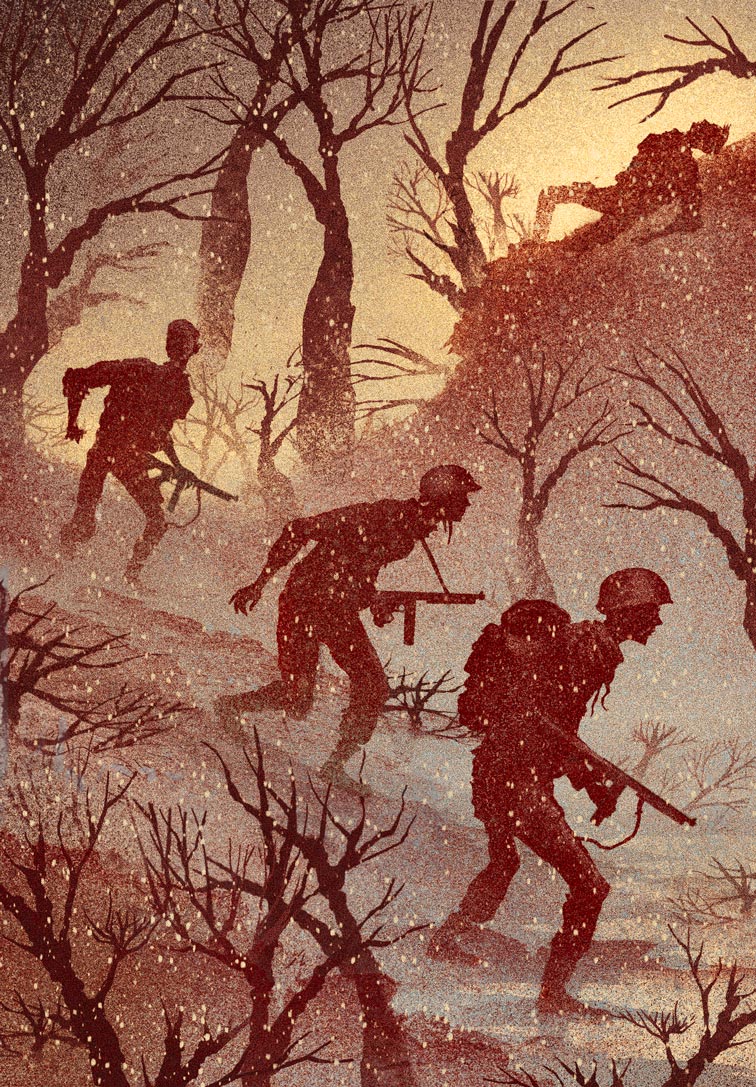 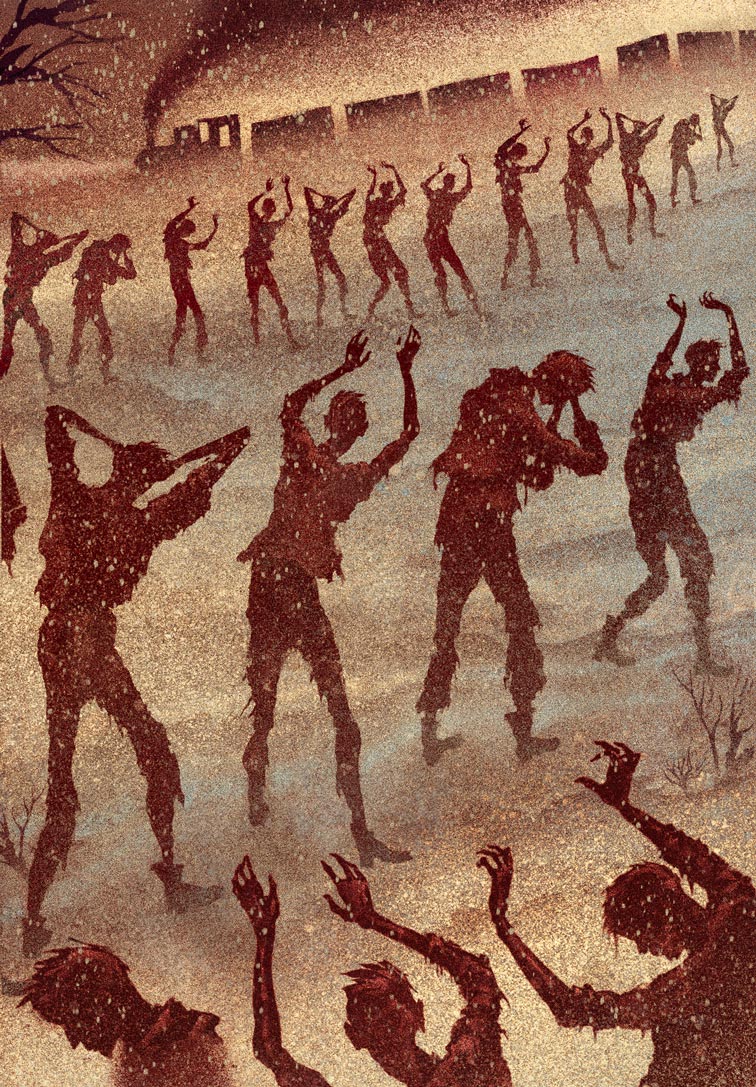 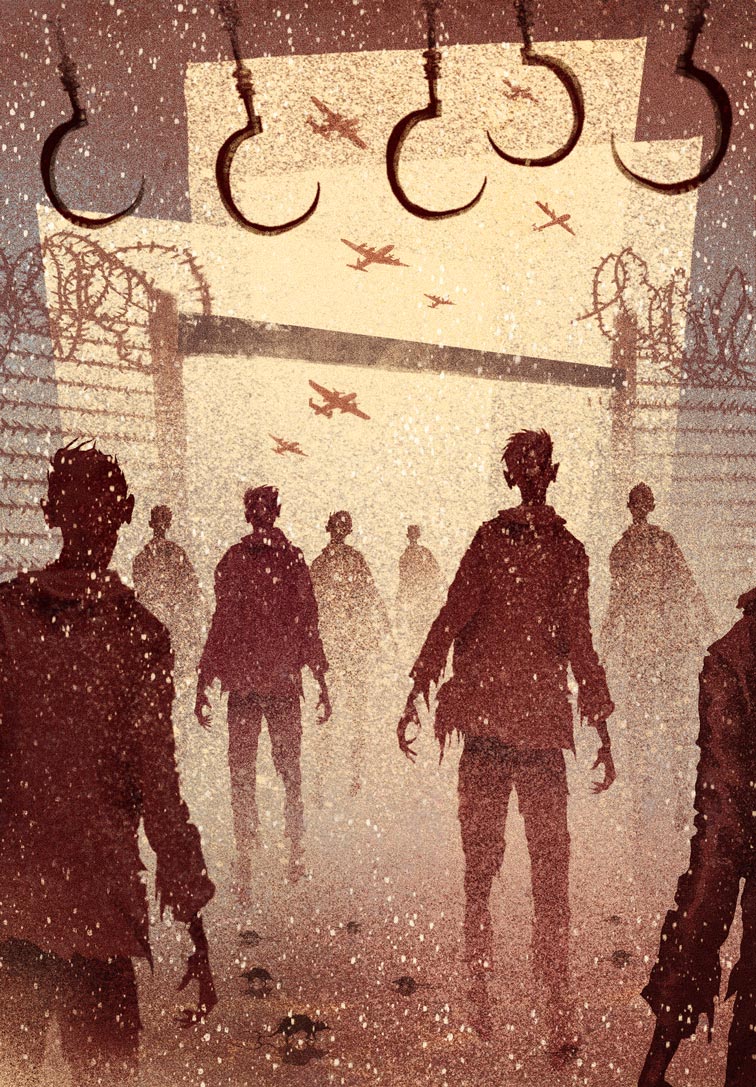 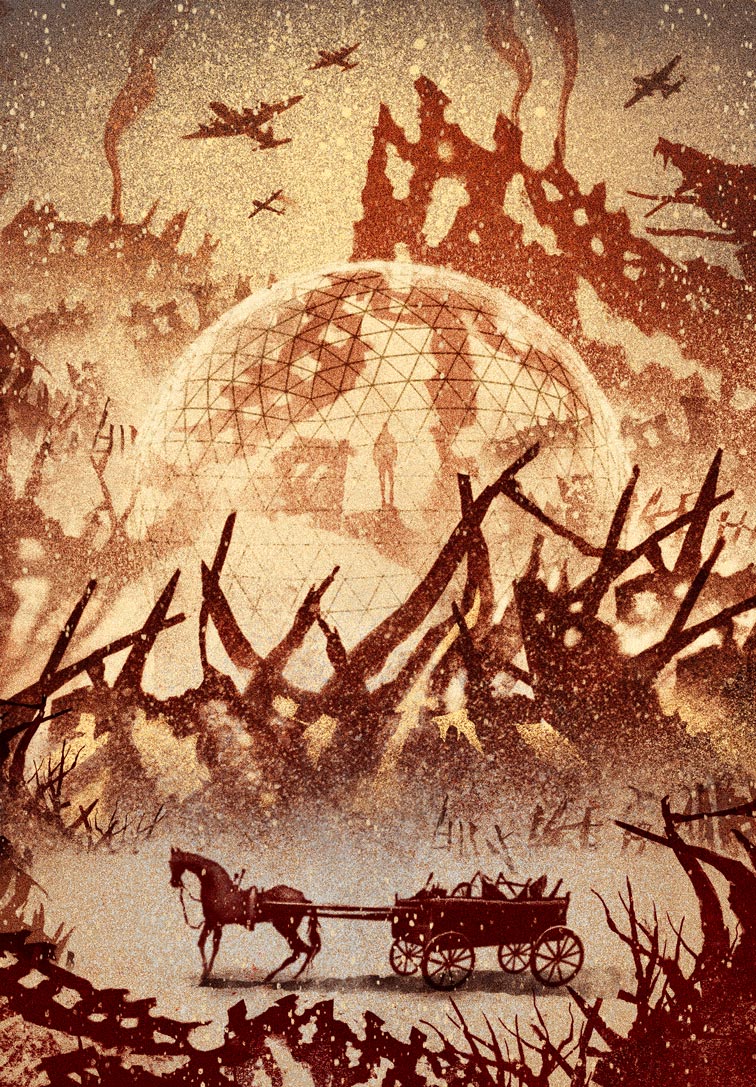 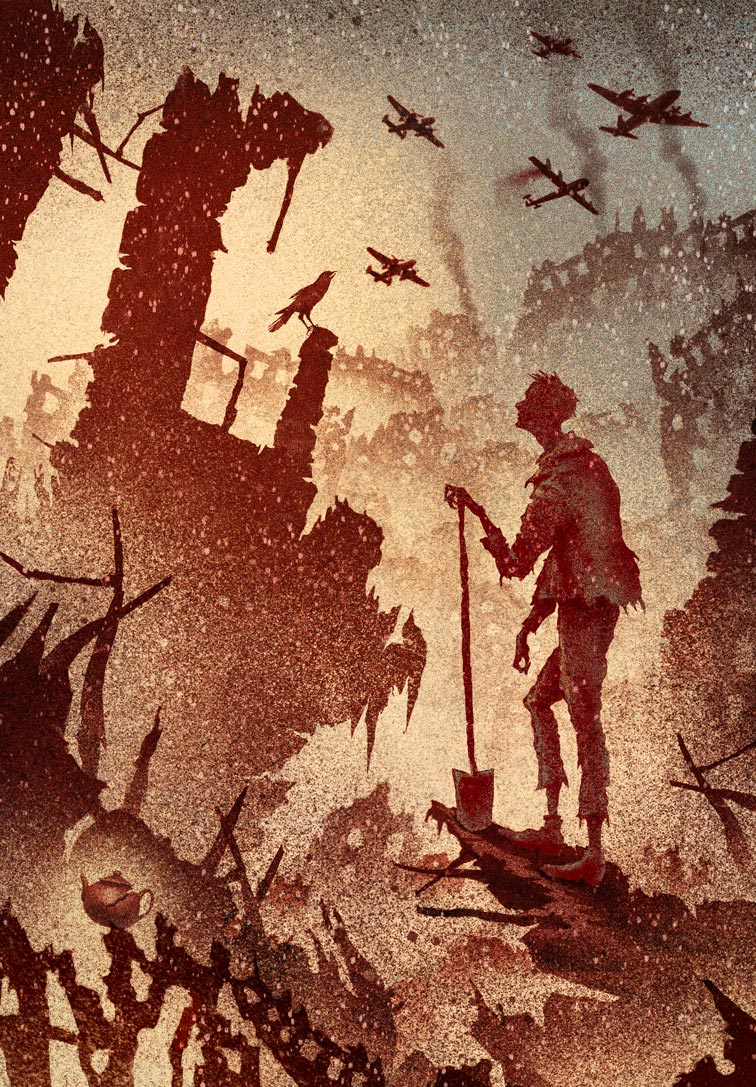 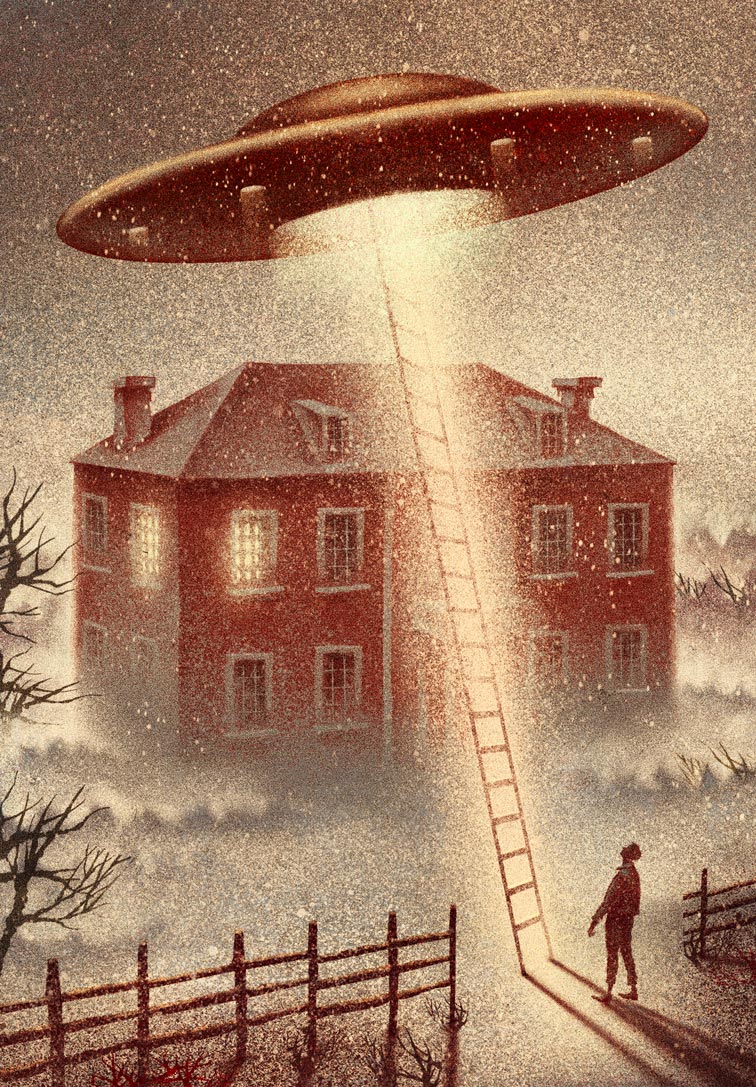 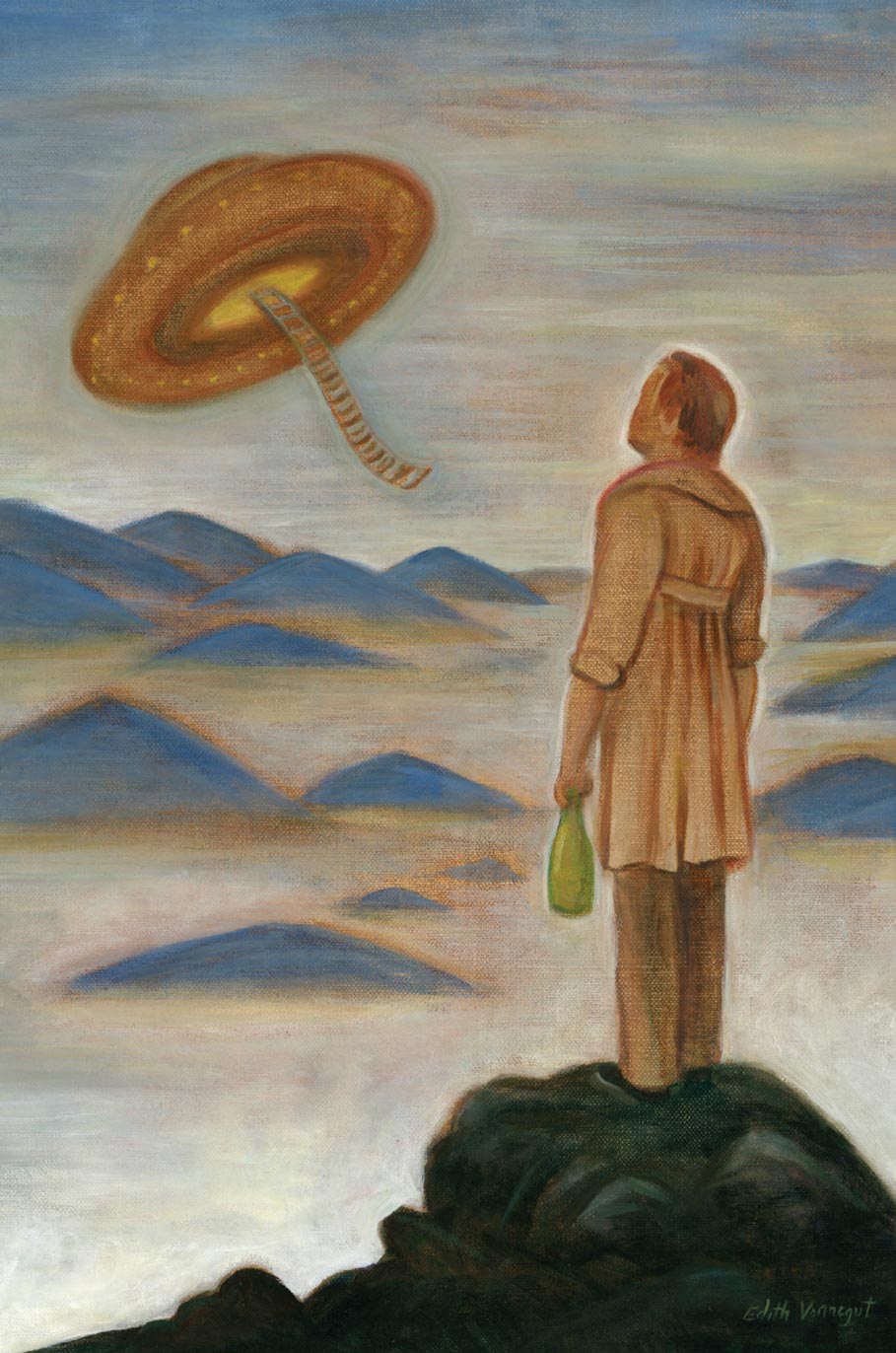