Bibliomysteries, as the name suggests, are mystery stories set in the world of books. This small yet vibrant sub-genre of mystery fiction is a favorite among bibliophiles, mystery fans and anyone who loves a good story.

Otto Penzler has been publishing mystery and crime fiction since 1975, and for more than 40 years, he has been the proprietor of The Mysterious Bookshop in New York; now the oldest and largest mystery specialist bookstore in the world.

Penzler publishes a new volume in his Bibliomysteries series annually, and these stories are written exclusively for his store. Each story is set against a backdrop of libraries, bookstores, rare manuscripts, priceless volumes, or eccentric book collectors.

We are delighted to be publishing this collection of stories curated by Otto Penzler. Bibliomysteries: The Signed Limited Edition brings you a collection of six of the most startling stories in this series with beautiful illustrations by Jesús Sotés. The edition is signed by the authors, the artist, and Otto Penzler himself, who has written a new introduction for this very special edition.

Featuring six of the genre’s distinguished authors – Reed Farrel Coleman, John Connolly, Christopher Fowler, Elizabeth George, Anne Perry, and F. Paul Wilson – here you will discover an ancient scroll that draws a bookseller into a chilling mystery, a sickly girl with an ability to travel between literary worlds, a book lover who discovers a library full of secret wonders, a scholar who will stop at nothing to find the lost pages of Bram Stoker’s Dracula, a true life author who is living a lie, and a leader of the Spanish Inquisition who acquires the most evil book ever conceived.

Suntup Editions invites you to enter a world of curious collectors and literary lovers, as you pick up your magnifying glasses, follow the clues, and solve the Bibliomysteries.

The signed limited edition of Bibliomysteries is presented in two states: Lettered and Numbered. The editions measure 6” x 9” and feature seven full color illustrations by Jesús Sotés, and an introduction by Otto Penzler. The text is set in Palatino Nova, and the editions are signed by all contributors.

The Lettered edition is limited to 26 copies and is a full goatskin binding with a foil stamped spine and raised bands. Endsheets are hand marbled in Brazil and the edition is printed offset on Mohawk Supefine. It is housed in a cigar style box with Japanese cloth boards. 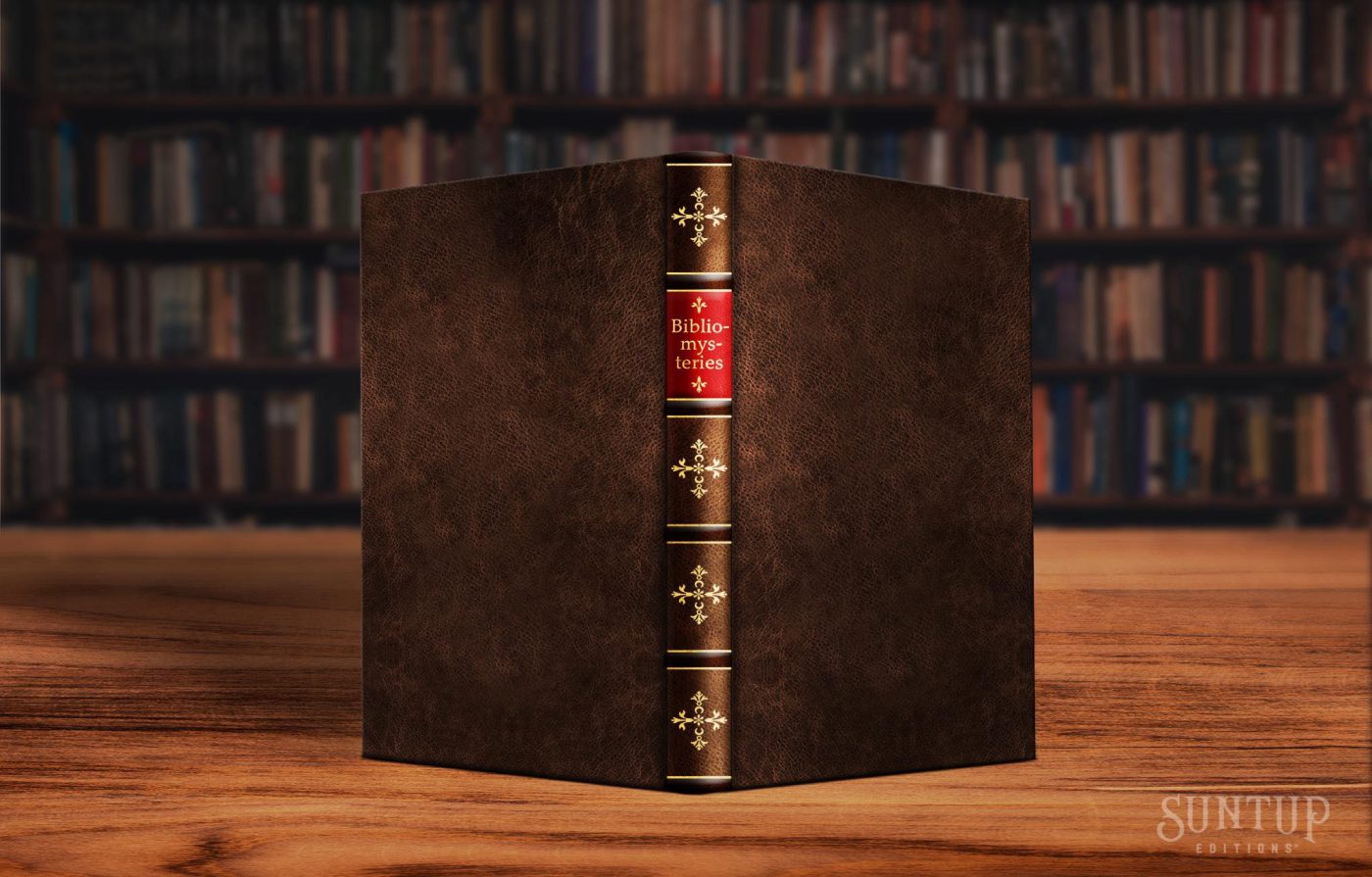 The Numbered edition of 250 copies is a full Japanese cloth binding with Hahnemühle Ingres endsheets. The dust jacket is printed letterpress on Hahnemühle Bugra, and the title is foil stamped in gold. The edition is printed offset on Cougar paper and is housed in a cigar style box with European cloth boards. 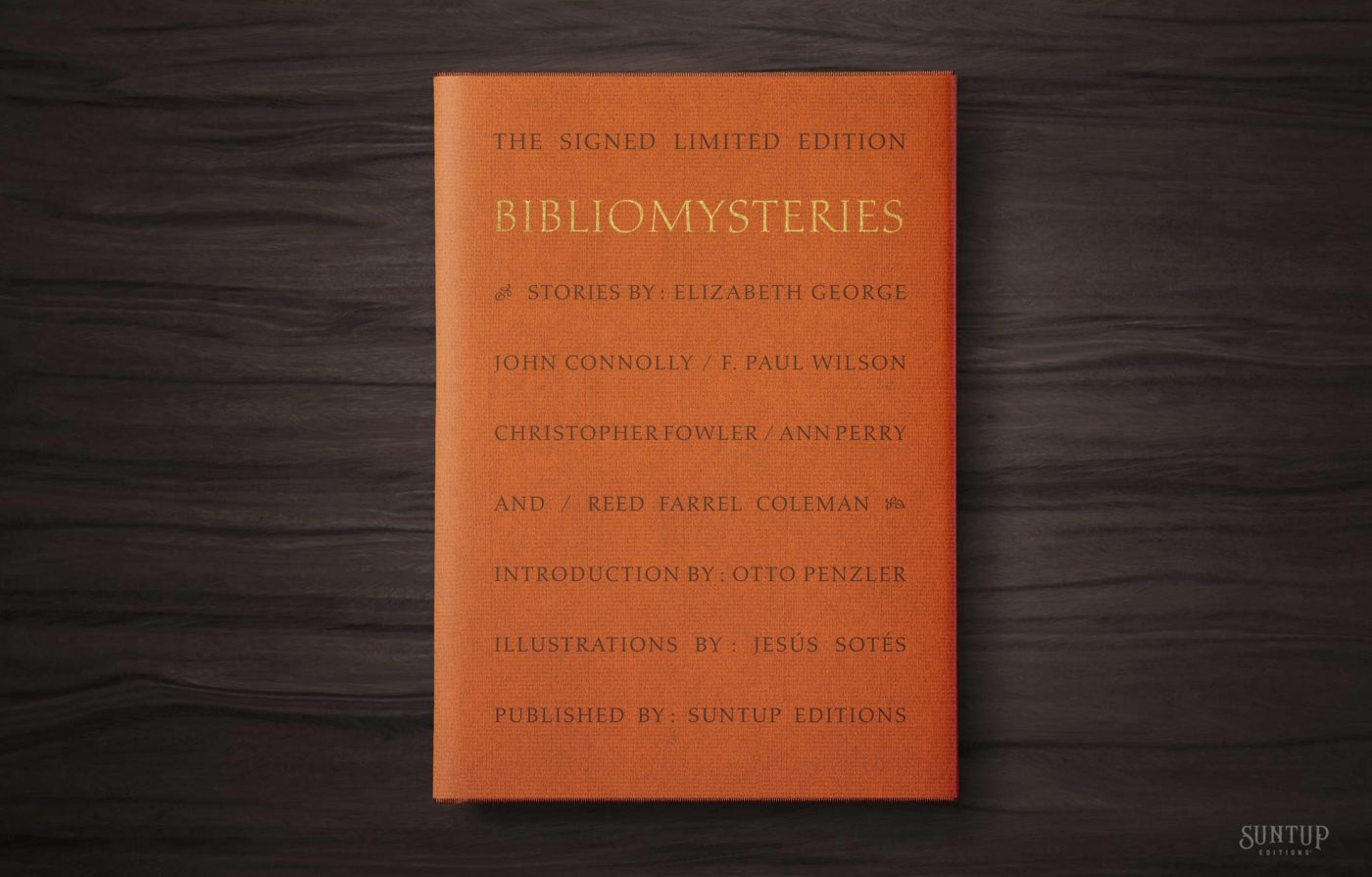 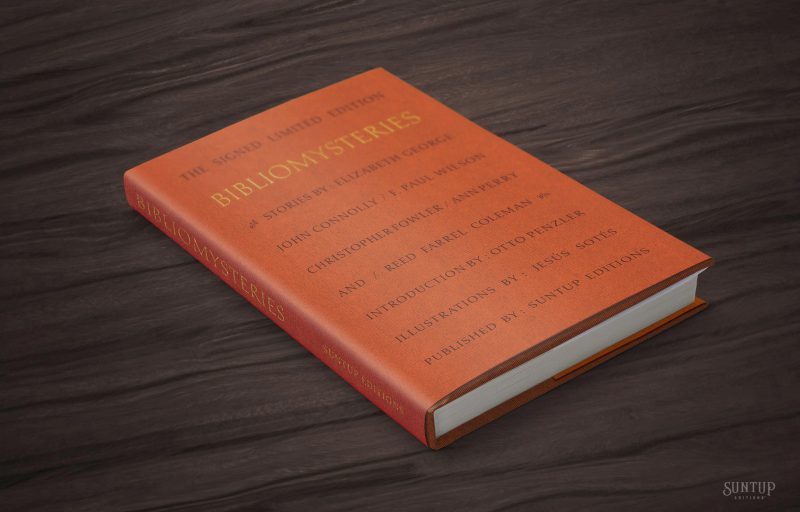 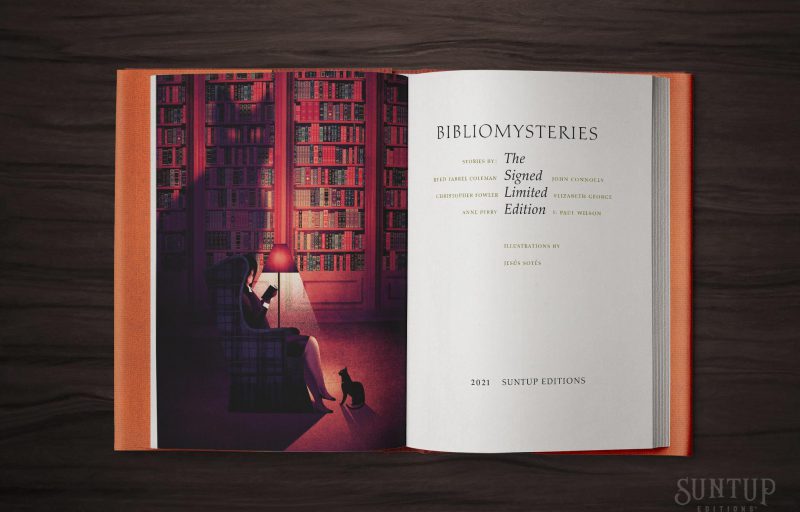 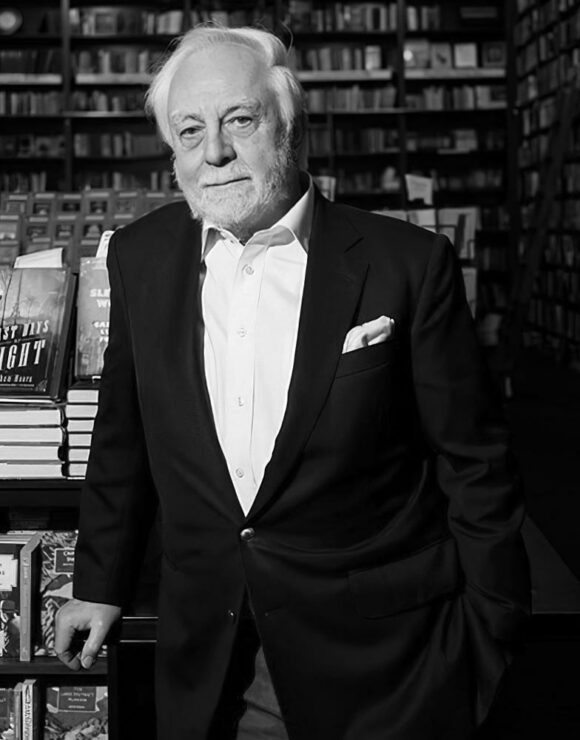 Otto Penzler is the proprietor of The Mysterious Bookshop in New York City, and founded The Mysterious Press in 1975, which now publishes original books as an imprint at Grove/Atlantic in the United States and Head of Zeus in the U.K., as well as classic crime fiction through Mysterious Press. He served as the host for Turner Classic Movies for its “Month of Mysteries” in 2002. Penzler has won two Edgar Awards, for Encyclopedia of Mystery and Detection in 1977 and The Lineup in 2010. The Mystery Writers of America awarded him the prestigious Ellery Queen Award in 1994 and the Raven in 2003. He has been given Lifetime Achievement awards by Noircon and The Strand Magazine. 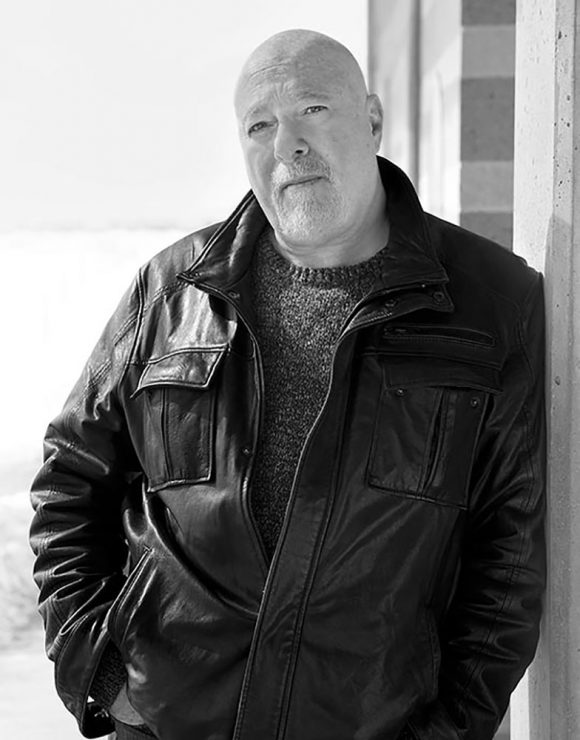 Reed Farrel Coleman has been called a hard-boiled poet by NPR’s Maureen Corrigan and the noir poet laureate by the Huffington Post. Coleman is the New York Times bestselling author of thirty-one novels including six in the Jesse Stone series for the estate of Robert B. Parker. He is a four-time recipient of the Shamus Award for Best PI Novel of the Year and is a four-time Edgar Award nominee in three different categories. He has also won the Audie, Barry, Anthony, and Macavity Awards. Reed is a former Executive Vice President of Mystery Writers of America. He lives on Long Island with his family. 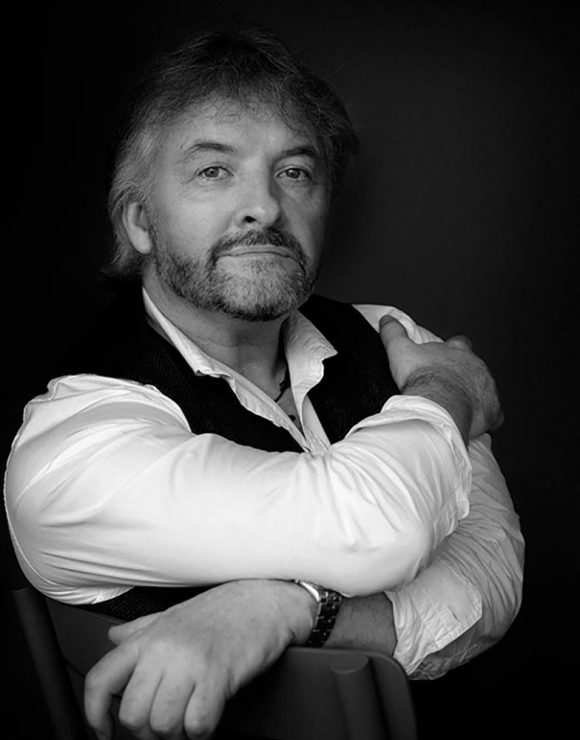 John Connolly is the creator of detective Charlie Parker, who has appeared in eighteen novels, beginning with Every Dead Thing (1999) and most recently in The Dirty South (2020). Every Dead Thing was the first novel by a non-American to win the Private Eye Writers of America’s Shamus Award for Best First Novel. Connolly’s novella “The Caxton Private Lending Library & Book Depository” won the Mystery Writers of America’s 2014 Edgar Award for Best Short Story, and Books to Die For (2012), an essay collection co-edited with Declan Burke, won the Agatha, Anthony and Macavity Awards. He divides his time between his native Dublin, and Portland, Maine, where many of his novels are set. 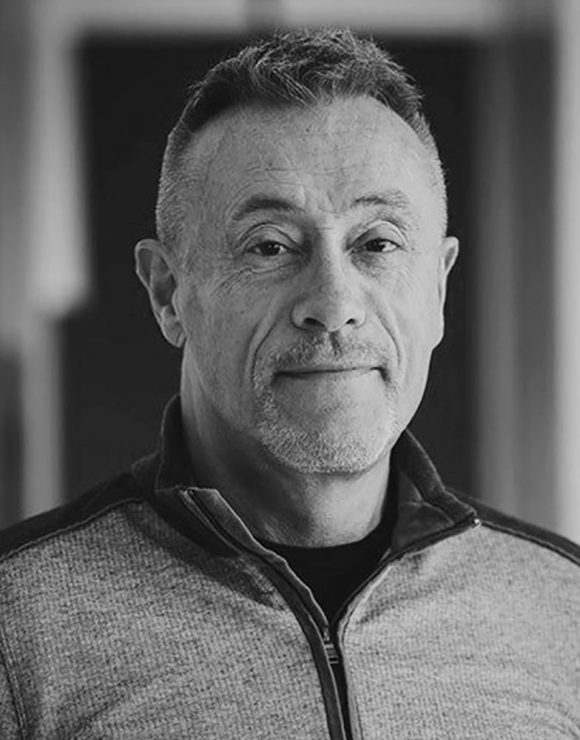 Christopher Fowler is the multi award-winning author of almost 50 novels and short story collections, including the acclaimed Bryant & May mysteries. His novels include Roofworld, Plastic, The Sand Men and Hell Train, plus non-fiction, Paperboy (winner of the Green Carnation Prize), Film Freak, and The Book of Forgotten Authors. In 2015 he won the CWA Dagger in the Library for his body of work. His latest novel is Oranges & Lemons. He lives in London and Barcelona. 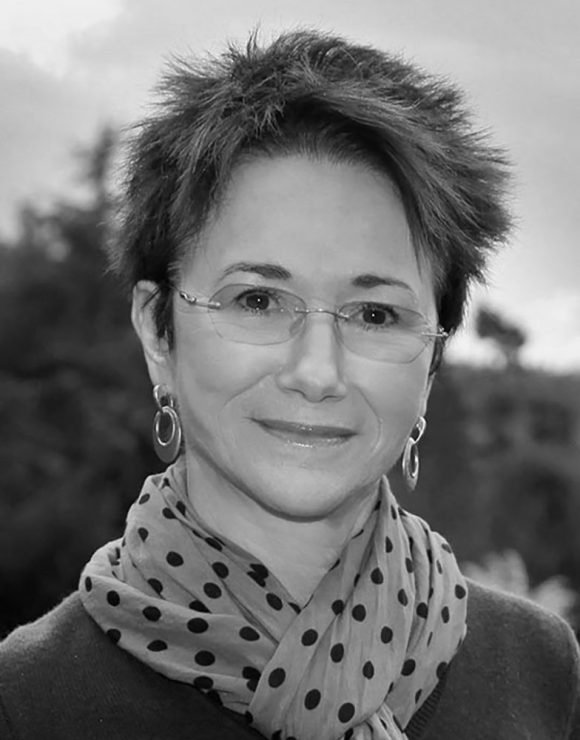 Elizabeth George is the author of twenty British crime novels featuring DI Thomas Lynley and DS Barbara Havers. She has written four young adult novels, a book of short stories, and two books on the topic of writing. She’s the recipient of an honorary doctorate of humane letters and is the founder of the Elizabeth George Foundation which benefits underprivileged young people in the area of the arts as well as unpublished fiction writers. 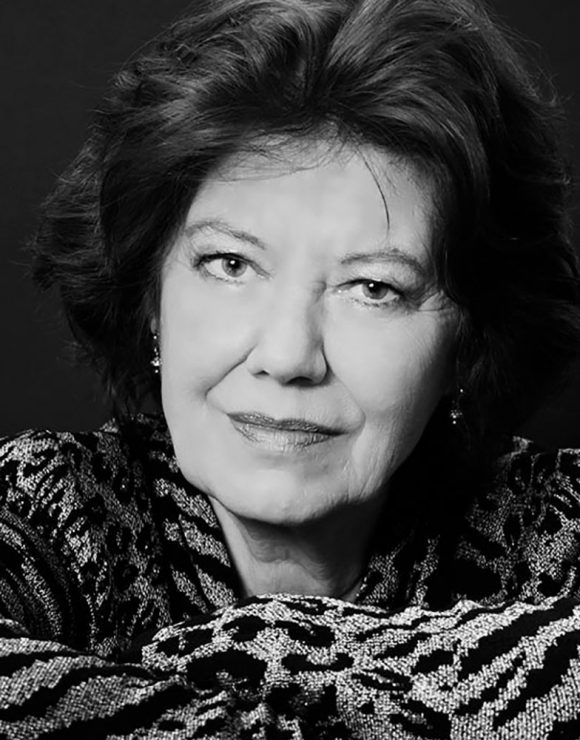 Anne Perry is an international bestselling author, with many appearances on the New York Times bestseller list as well as Livres Hebdo and the Washington Post. Her books have had critical acclaim; the New York Times called her ‘first rate’, and many reviewers note her deeply-felt interest in ethical issues. She won an Edgar Award in 2000, The Times selected her as one of the “100 Masters of Crime,” and in 2015 she was awarded the Premio de Honor Aragón Negro. Over 25 million of her books are in print. 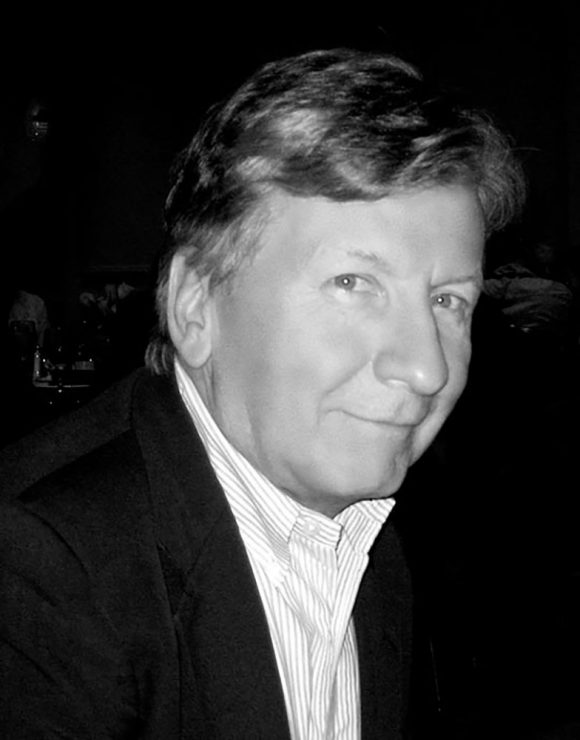 F. Paul Wilson is the award-winning New York Times bestselling author of The Keep, The Tomb, and seventy other books spanning horror, adventure, medical thrillers, science fiction, and virtually everything between. More than nine million copies of his books are in print in the US and his work has been translated into twenty-four languages. He is best known for his urban mercenary, Repairman Jack, who stars in his latest novel, The Last Christmas.

Jesús Sotés is a self-taught illustrator based in Pamplona, Spain. He worked for several years as a graphic designer for studios and advertising agencies before branching out on his own. His style is elegant and bold, with an air of loneliness and mystery. He has created illustrations for a variety of clients including British Airways, Hermes Paris, Pepsi, The Guardian and Playboy Magazine.

A Matching Pre-Order email is sent to owners of our previous publication at 9:05 A.M. Pacific on the day of announcement. If you did not receive the email, contact us here, or simply place your order before the book goes out of print and we will match your number and/or letter. 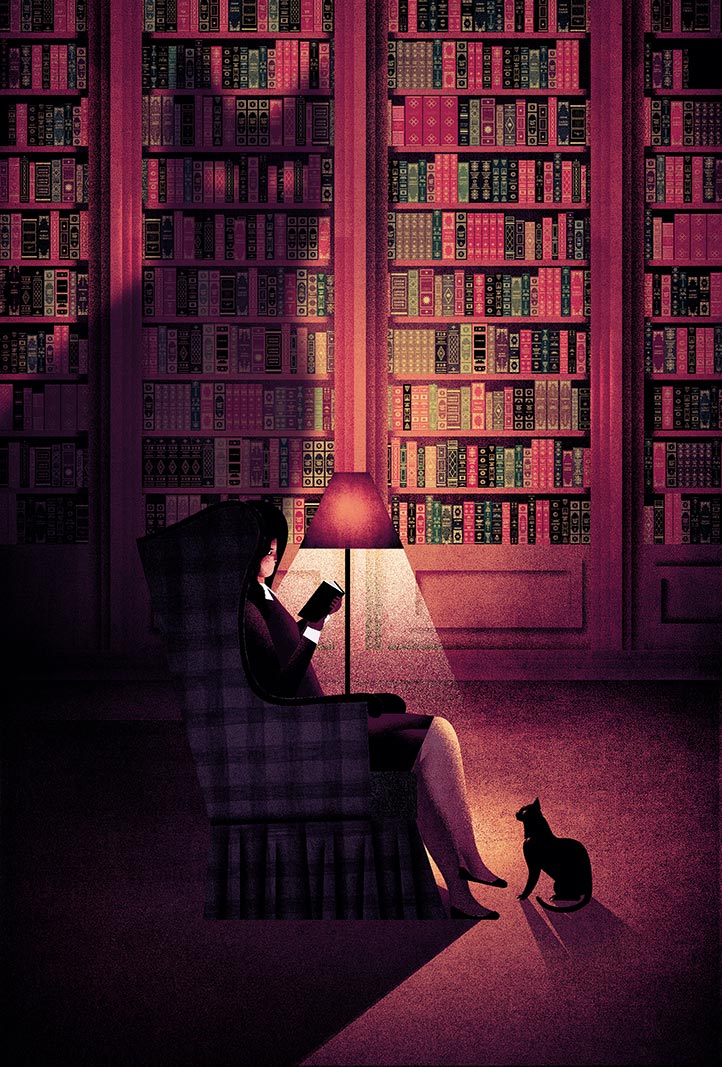 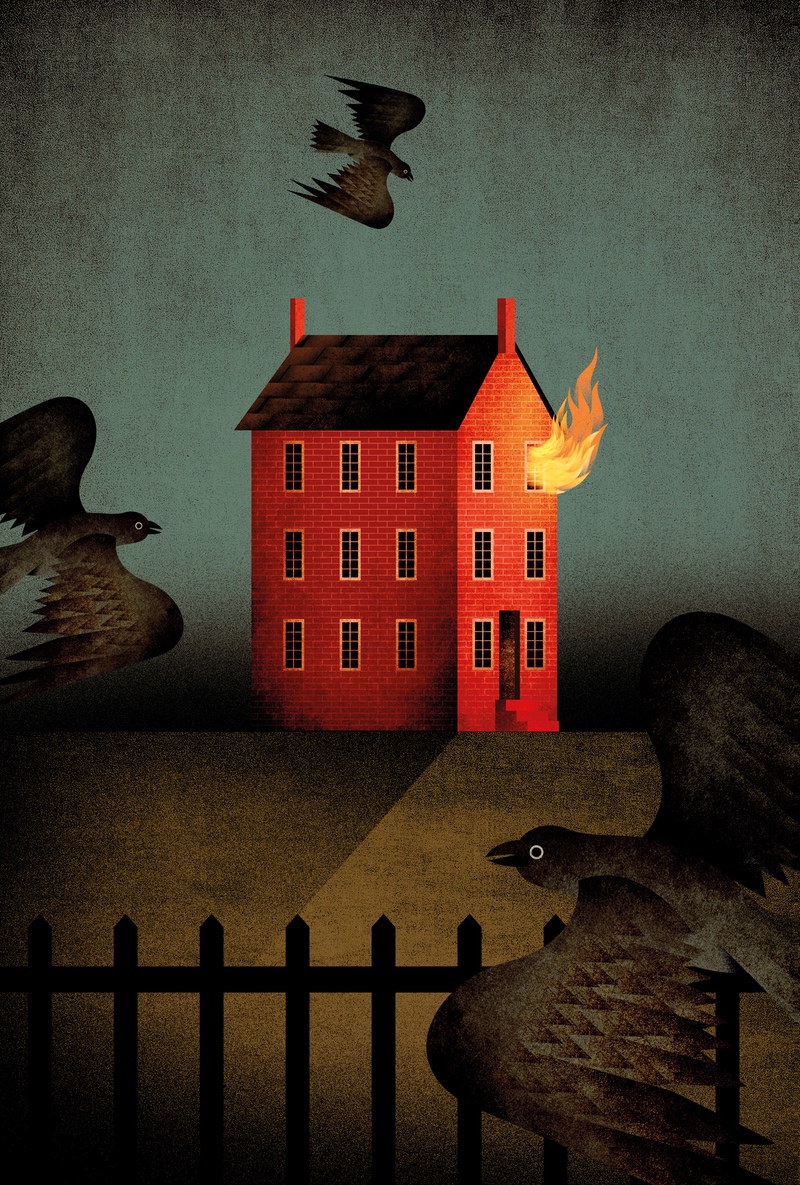 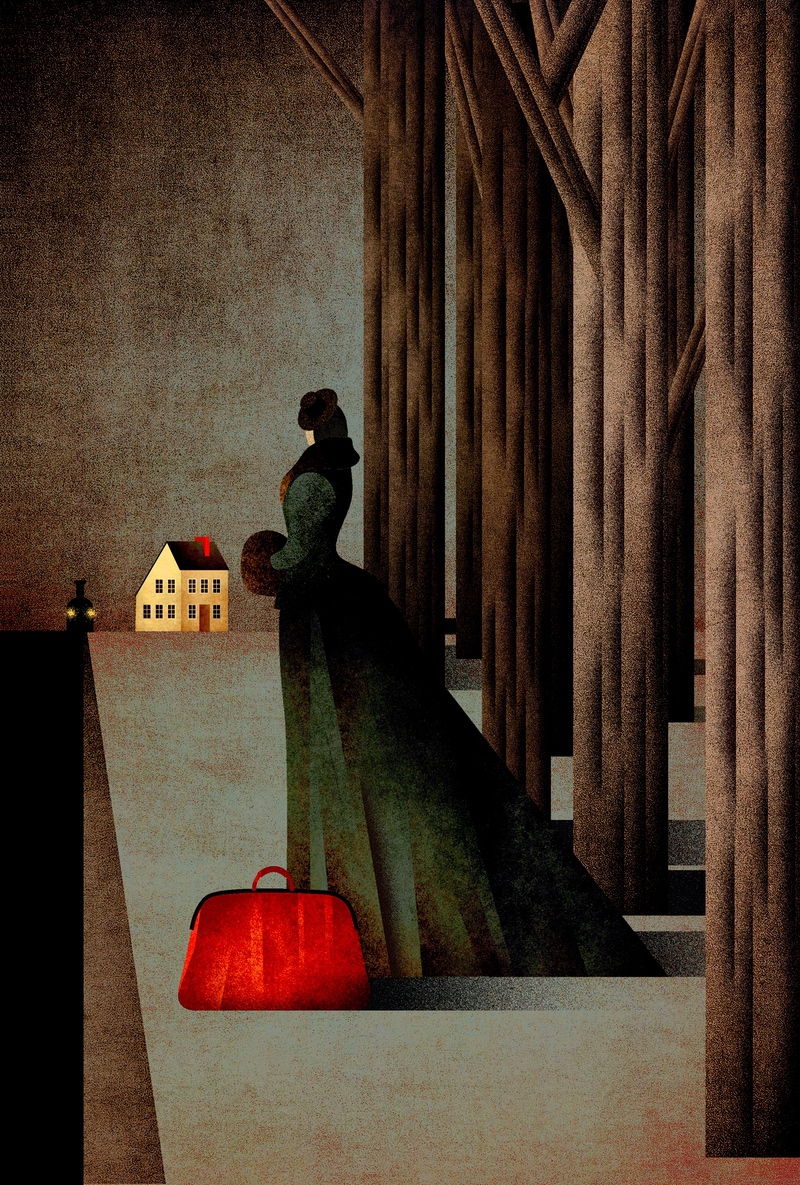 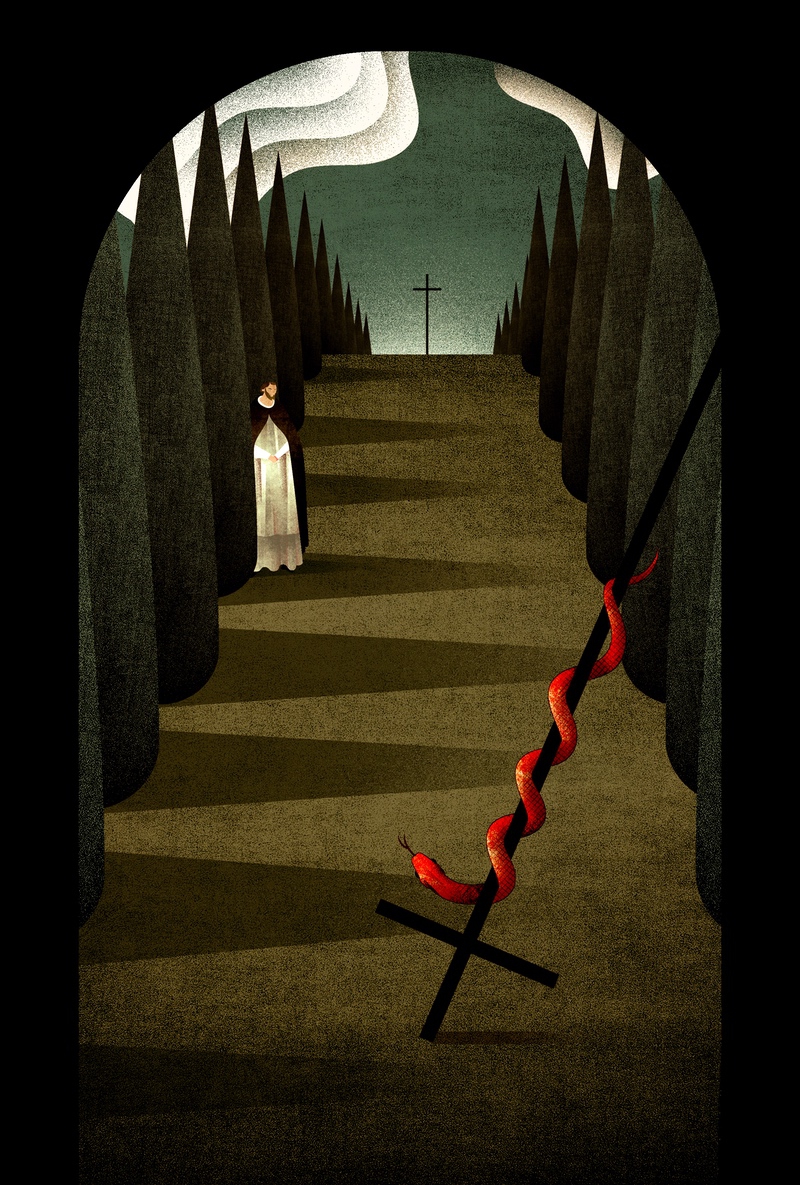 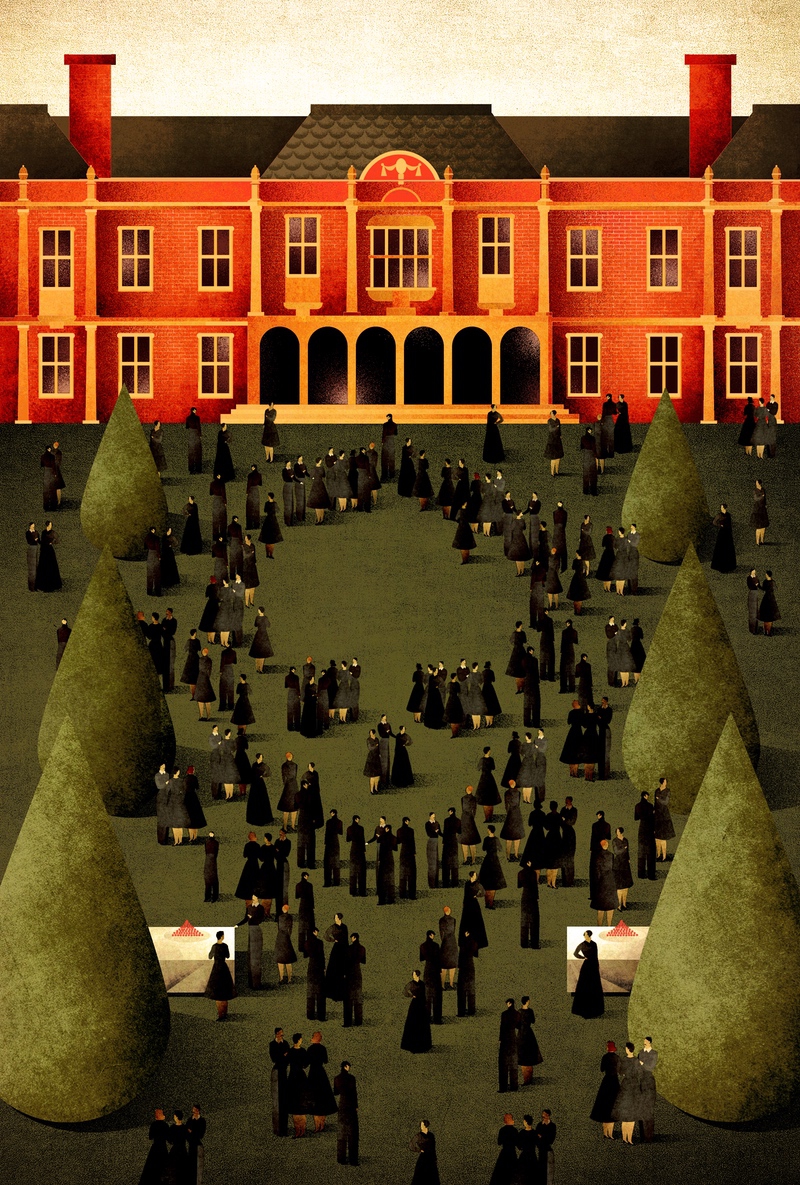 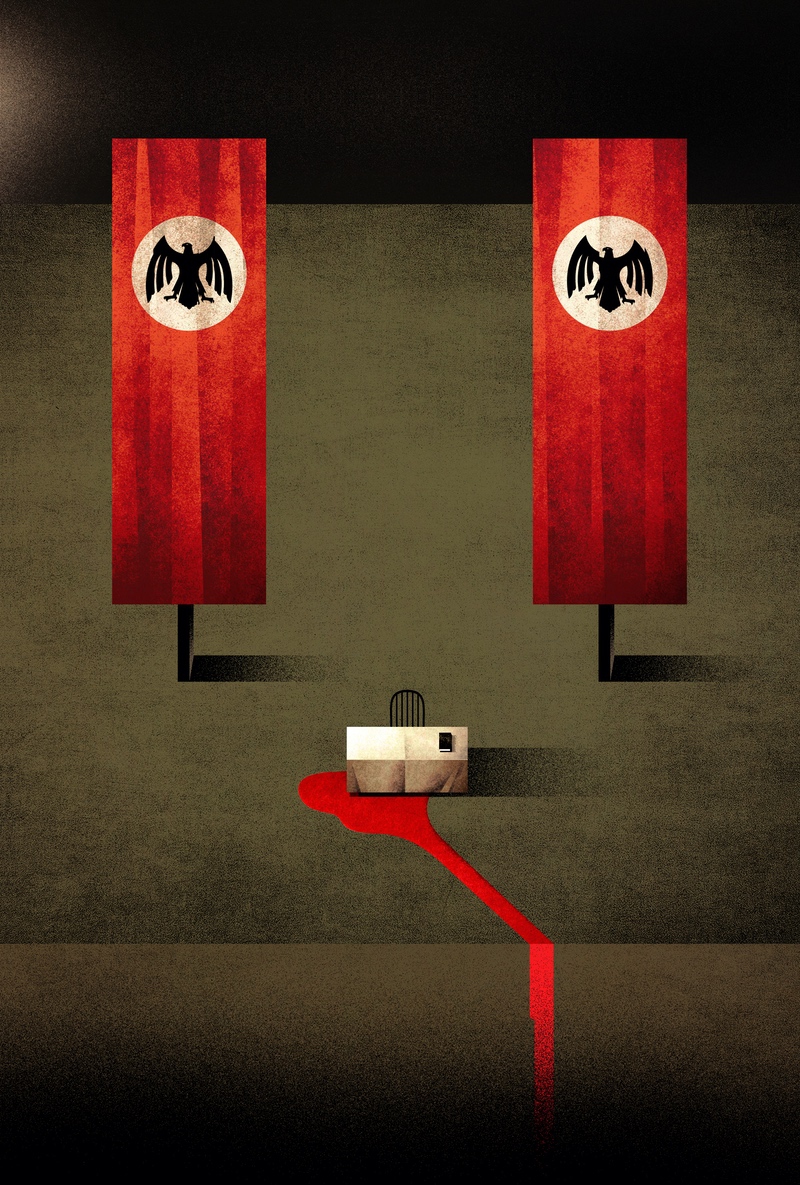 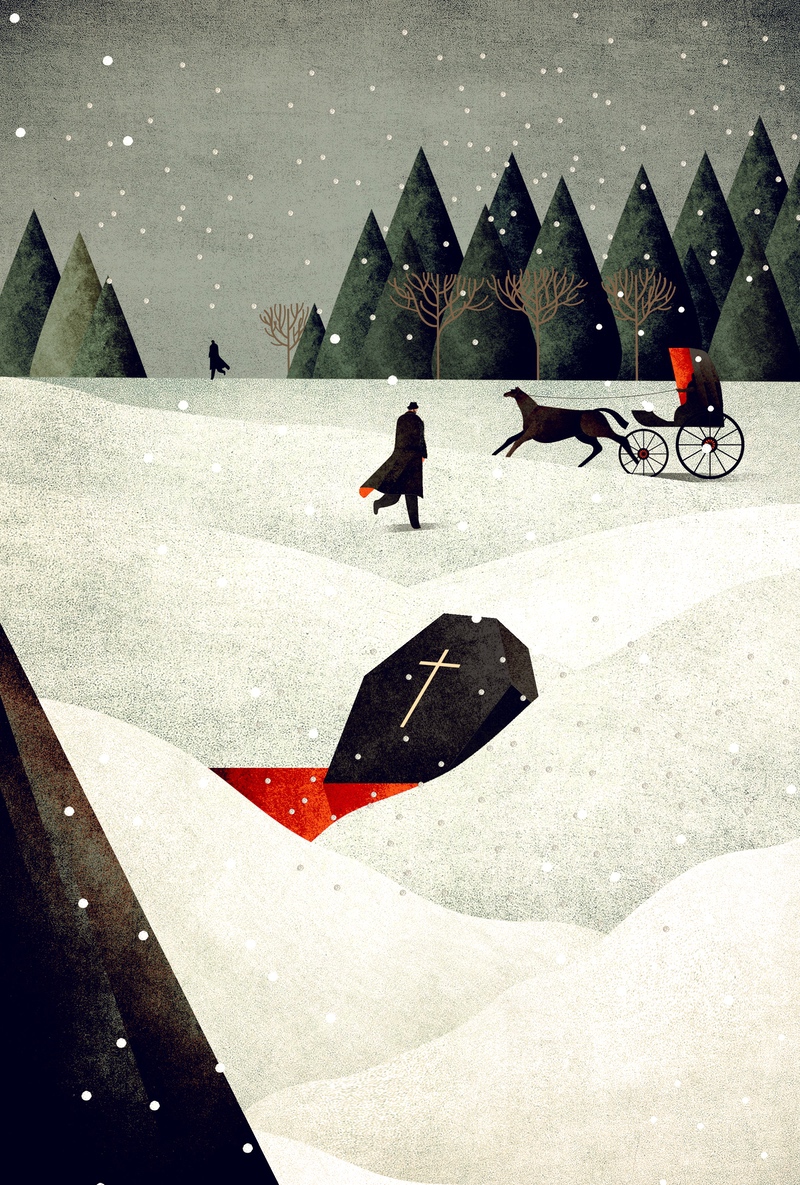 Article: Jesús Sotés imbues mystery with the personal in his illustrations for Bibliomysteries